Ladies and gentlemen, I have officially turned over to the wrong side of 20. Last weekend I celebrated my 26th anniversary since I touched a fanny and so I had a wee gathering and a venture into town to commemorate my birthmas… and of course, copious beverages. 🍾

I knew I wanted to look sassy (well, as sassy as you can look when you’re one of life’s rotters) and so I had a theme to my social gathering; CAMP. Yes, following the Met Gala’s theme this year, I decided to have a ‘Camp’ themed party. However, I felt that a lot of guests didn’t quite get the ‘camp’ aspect of the Gala and turned up in generic gowns.

Not only that but there were so many camp icons who weren’t even invited; John Waters, Dolly Parton, Grace Jones (to name but a few).

Don’t get me wrong, there were a lot of people who wore some pretty sassy attire to the gala. Take this photo for example, we have Kim in a wet-look Mugler moment, to her left we have a retired Delta Airlines hostess and to Kim’s right we have the two dudes from White Chicks in their charity ball fashion show clobber.

But enough about the Met, onward Christian soldiers to my big camp birthday!

I rumbled through my wardrobes digging out treasures from yesteryear to wear for my Camp themed party. Being the hoarder that I am I (thankfully) had kept a vast collection of weird and wonderful pieces of clobber from my many escapades. 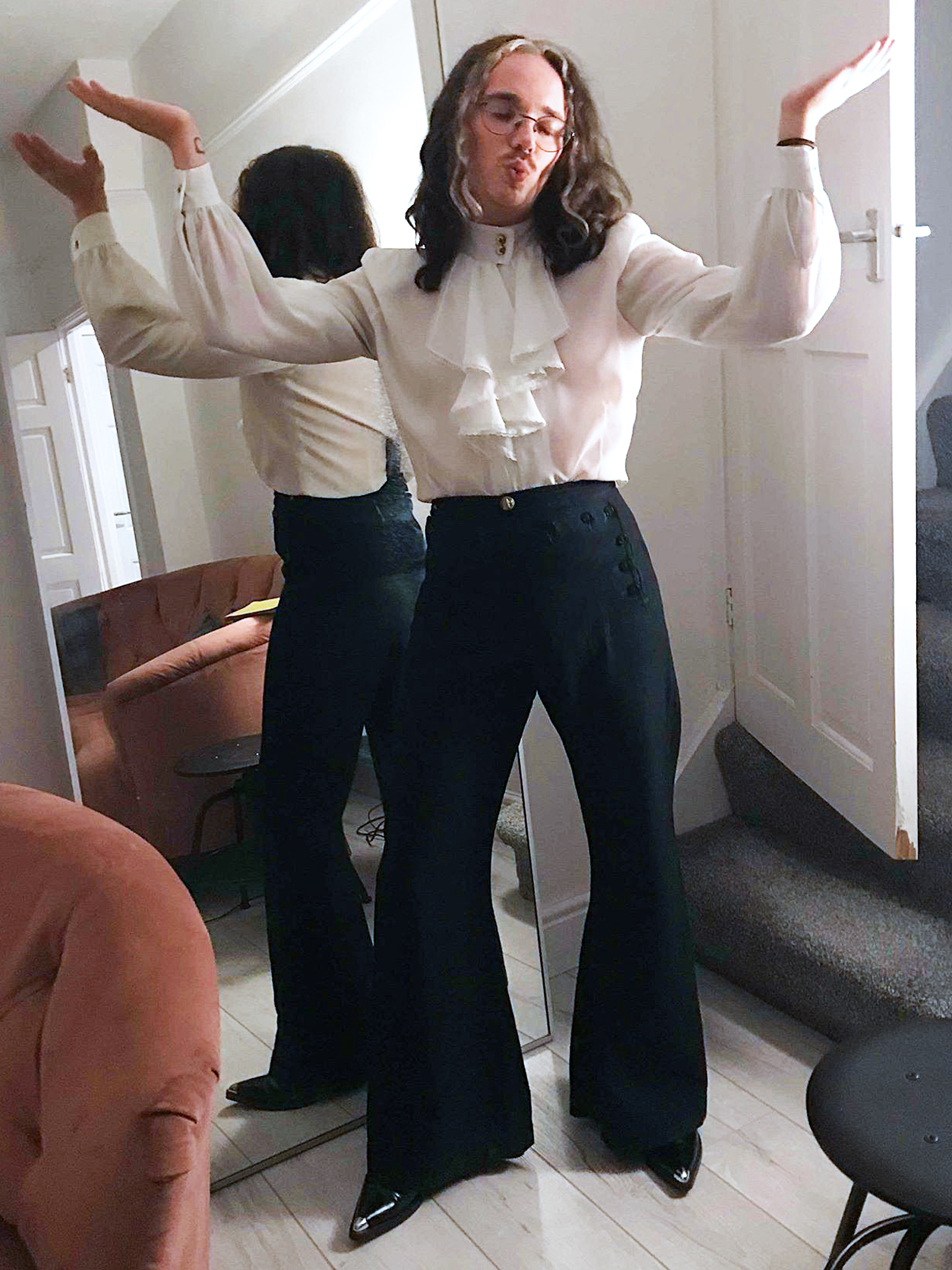 I bought this sassy lassie blouse in a charity shop in Cornwall in 2011 for a Pirate Party at university. The flares are a part of some 1940’s US Navy uniform which I adore! I’ve had these for about 3 years but I got too fat to wear them but look at me know, I’m slowly regrowing my skinny legend status.

The shoes are a women’s pair of Cuban heels that I bought on Asos and I bloody love them.

But I wasn’t done just yet, sure I was serving some Oscar Wilde vibes, but I needed to up my camp and camp it up to the max. Fear not, I have just the jacket! 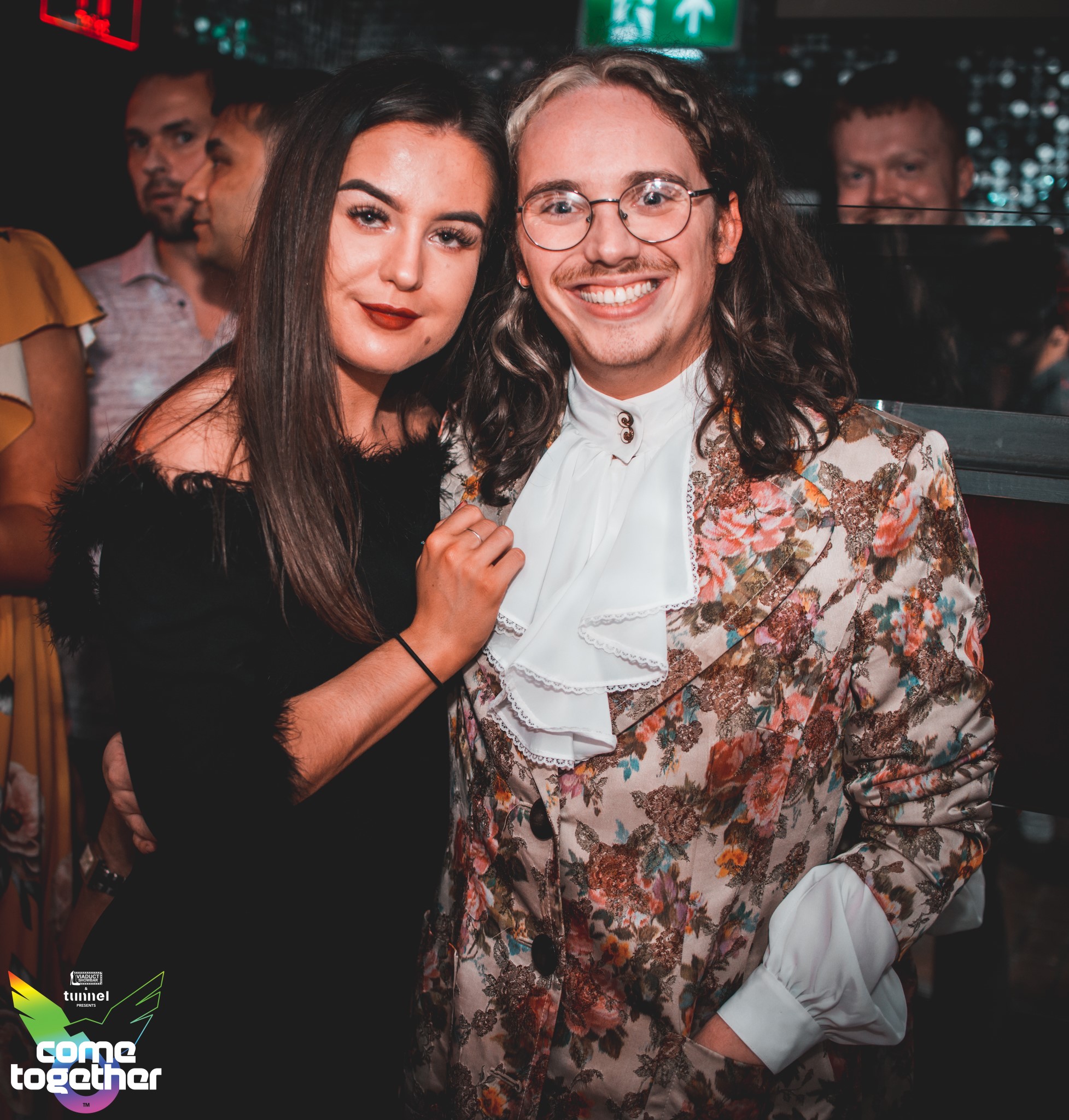 I purchased this floral beauty back in 2012 for a TV show. The theme for the festival was ‘Around The World In 80 Days‘ and I went as a sassy Phileas Fogg. I knew this repulsive old lady coat would be the perfect addition to my birthday attire – I think I nailed it. 💁🏻‍♀️ 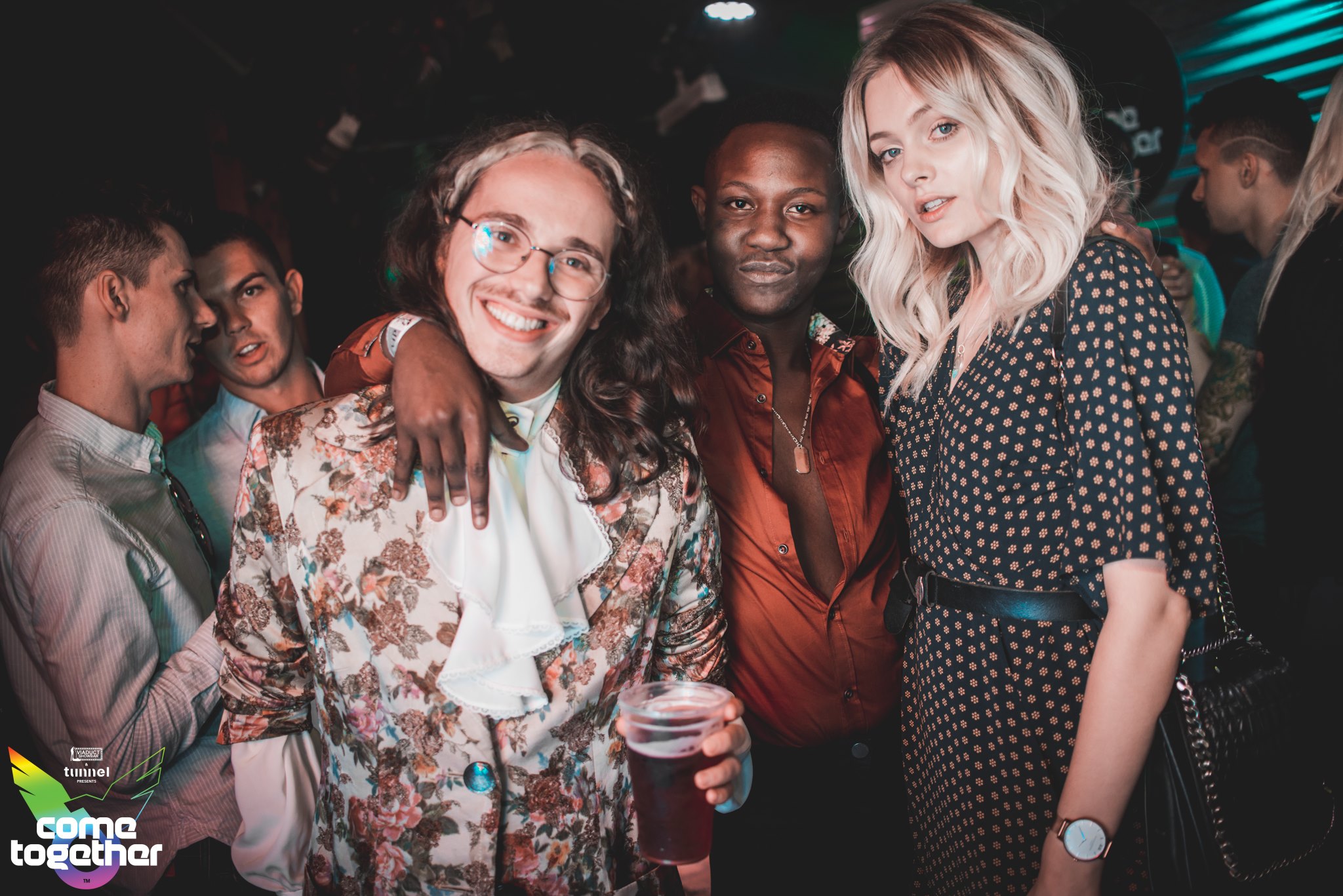 A huge thank you to everybody who helped me celebrate my birthday, all the kind messages and the bundles of laughter (and alcohol). Until next year – I better start thinking of my theme now.