It is with sadness that today we lost HRH Prince Philip. It was a shame he didn’t make it to his 100th birthday but he was at home with family which is as much of a blessing as we can ask for during lockdown.

As you know, my Sassicism project sees me taking a lot of classical paintings and turning them into queens and pop-culture icons. The idea behind it was to bring people from yesteryear into the 21st century.

Prince Philip championed science and technology. He pushed to have the Queen’s coronation televised. He was thrilled to meet the Apollo 11 astronauts And he did a great deal of work for the environment. I’ve known for a while now that I have wanted to create a Sassicism piece featuring Prince Charles. I’ve already featured Queen Victoria as Divine and I wanted to go down a similar route by turning Prince Philip into another one of my pop culture heroes. 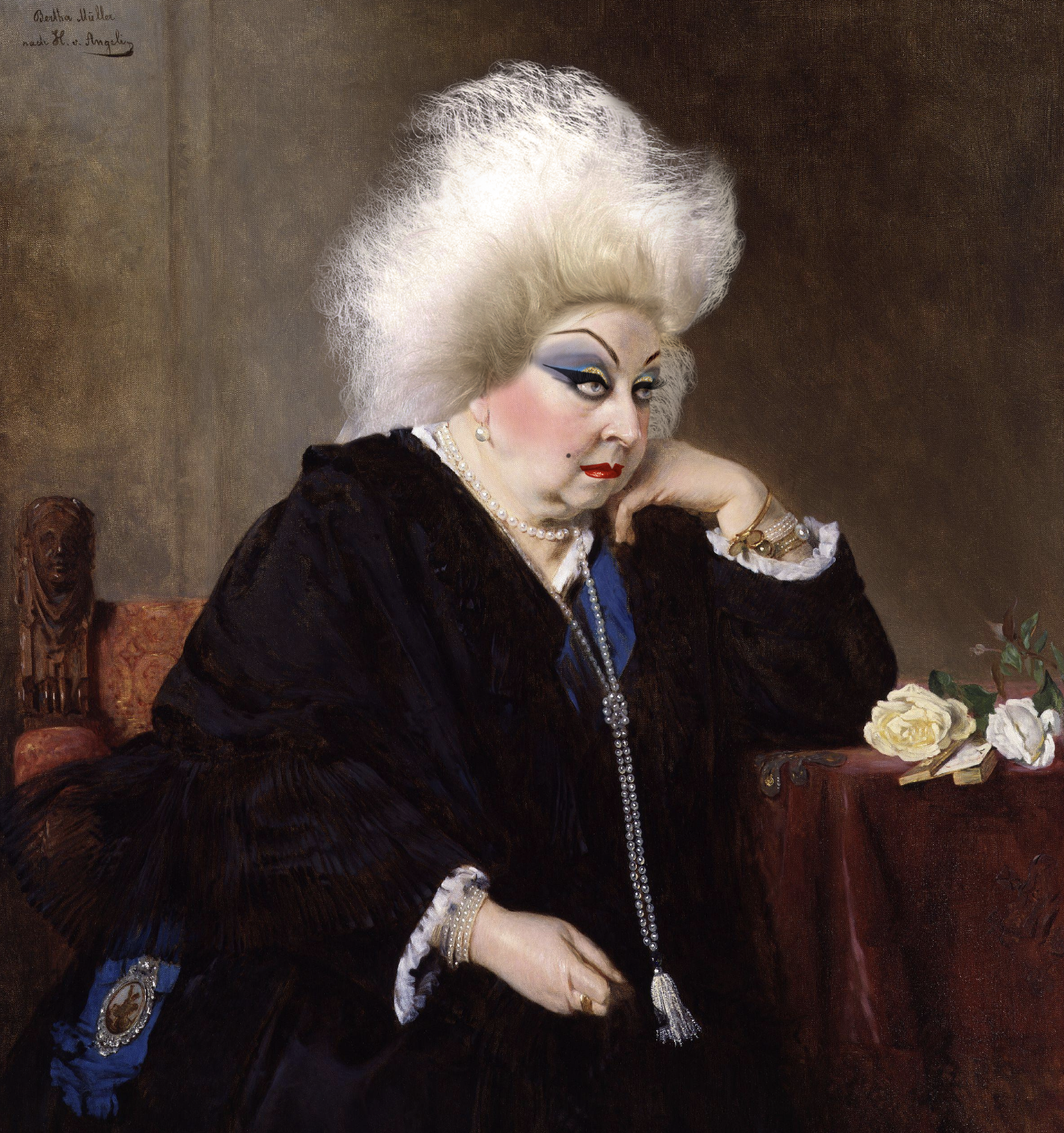 Like Queen Victoria’s portrait where I had the title (and idea) in mind with “Divine Intervention“, I already had the name for the Duke of Edinburgh; “The Thin White Duke“. This name comes from one of David Bowie’s many stage personas and the title seemed to be a perfect fit.

I’m a massive David Bowie fan and I plan on doing a mini-series of Bowie-inspired Sassicism pieces. I thought today was the perfect time to try out a look on the Duke as I could envision his face working in Bowie’s makeup.

As I previously stated, Prince Philip was a driving force in pushing the Royal Family into the 21st century by incorporating film and television for important events. He also commissioned the BBC to do a documentary of the Royal Family. Bowie was also a huge fan of technology; he saw the potential and influence of the World Wide Web in its beginnings and he had a futuristic sound and aesthetic to his stage personas. It seemed like the perfect pairing.

With technology being a big inspiration, I knew I wanted to do Bowie’s smash hit Life On Mars. Yes, I may have called the piece The Thin White Duke but Life On Mars was the natural choice for the visual.

My chosen portrait of Prince Philip

This painting was the perfect fit for me. You could see Prince Philip’s regal stance and bold stare. All I had to do was turn the outfit blue and get to work on the makeup and mullet. 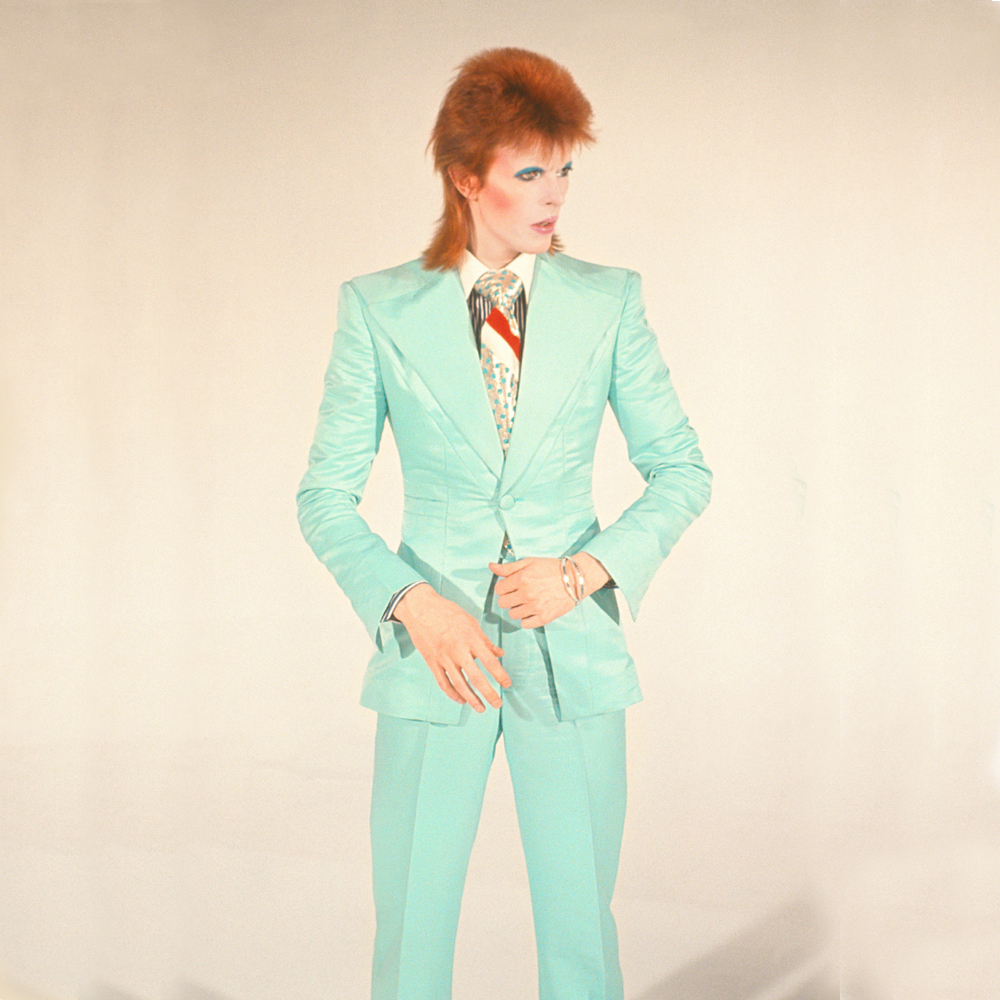 My main jobs with this piece was getting the makeup to look accurate. Also adding the little details that people might miss like the dilated pupils, getting the mullet lined up with Prince Philip’s natural hairline and adding some blush and contour to match the gaunt face of Bowie. 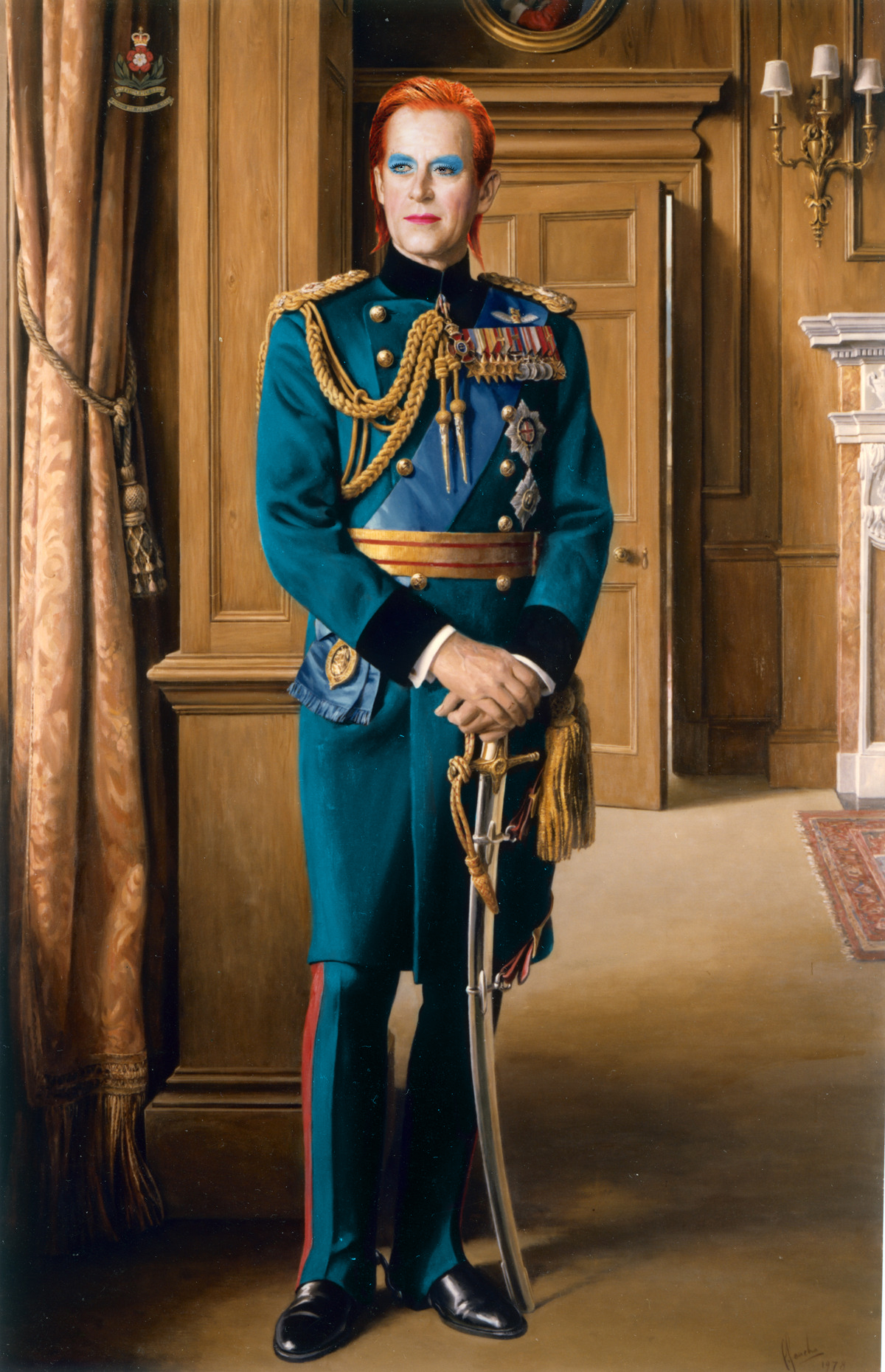 Honestly, I was so happy with the outcome. Especially because this piece took me 2 hours at most. I wanted to be punctual with this tribute but I’m still really chuffed with how it turned out.

But I have to make this clear, this piece was done as a tribute. Whether you were a fan or not, children have lost their father, a wife has lost her husband.