Holy shit balls! As you know, I’m really bloody excited to see RuPaul’s Drag Race make its way to the UK – let’s be honest, it’s been long overdue. We know that the show will be a proper series, sadly we don’t know too much as of yet. But it will be hitting BBC Three later this year and RuPaul and Michelle Visage are definitely doing it!

As for Carson Kressley and Ross Matthews, well, they’re too ‘American’, but who will take their place? Today, we have the answer and I’m honestly so fucking excited to announce that Graham Norton and Alan Carr will be the guest judges for the first season (and hopefully the future seasons) of RuPaul’s Drag Race UK!!!

I think Alan Carr and Graham Norton are going to make the perfect additions to the Drag Race family and what a great pair for the British season of the show! The pair were confirmed today and it’s sent me into a meltdown. Alan Carr shared a video of how excited he was to be joining the show and already I know he’s going to do brilliantly.

Not only are these two national treasures comedy icons, but they’re also stellar chatshow hosts so we know they’ll be able to keep up with the drag queens’ sense of humour and piercing wit.

And we know that RuPaul is a big fan of both of them. Ru has known Graham for years now and Ru also became a big fan after appearing on Alan Carr’s Chatty Man back in 2015. 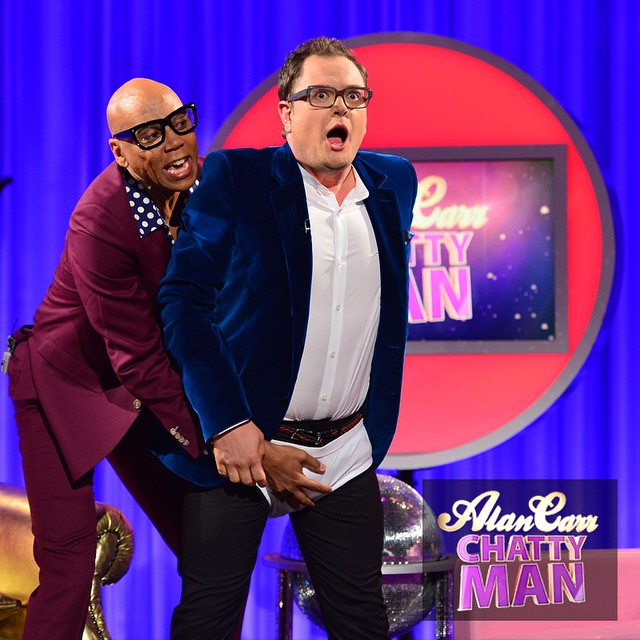 All I want now is a confirmed cast list and premiere date! Get this show on my television as soon as possible! I’m just hoping RuPaul can keep up with the British brash, crass and over-the-line humour. RuPaul’s Drag Race UK – Shantay you stay!