I, like most northern folk, watched the film Kes. It was a poignant tale about the working class struggles in Barnsley. The 1968 Ken Loach film, based on the book A Kestrel For A Knave by Barry Hines, is a cult classic that has been watched and loved by generations. 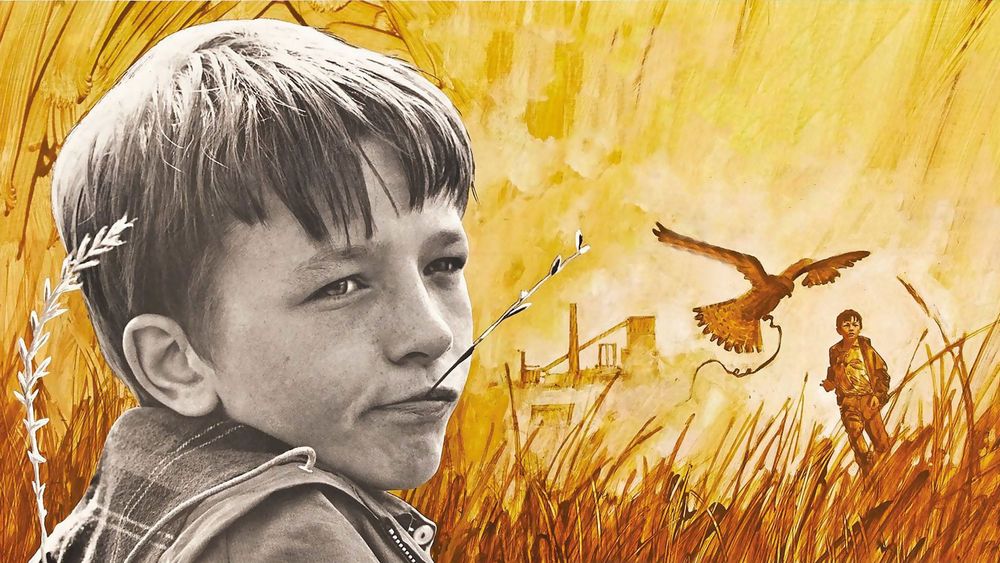 Now, the beloved tale of Billy Casper and his treasured pet, Kes, has been adapted for the stage and I have to tell you, I thought it was fantastic. I had the privilege of being invited to the Press Night for Kes at Leeds Playhouse’s Pop-Up Theatre.

Now, I haven’t been to Leeds Playhouse (formerly West Yorkshire Playhouse) for quite a few years so I was really excited to be able to return to the theatre. Now, for those who may not know, The West Yorkshire Playhouse is no more, they’re undergoing some major renovations that should be completed by the end of this year. It’s not just the name that’s changing, the whole space will be fully updated and I personally can’t wait!

While the theatre is under renovation, a temporary ‘Pop-Up theatre’ has been made in one of the old storage facilities at the theatre and honestly, they did a great job with it. It didn’t feel like an afterthought or a temporary space, it felt like a modern, small theatre space so bravo to the team for keeping the wheels turning.

Anyway, back to the play! The stage was brilliant, it was a long, narrow set and very tall. A black backdrop that changed colours throughout the performance was semi-visible behind a mountain of old school chairs, bar stools, desks, and other vintage furnishings. And it wasn’t just a pretty backdrop, both of the actors utilized the full space on the stage climbing high and ducking low throughout the performance.

The story was told by two brilliant actors. Lucas Button portrayed the role of a young Billy Casper and he did it brilliantly and Jack Lord portrayed the role of ‘Man’. Now, Jack had a particularly stellar part in this play as he played every other character in the narrative. Everyone from the abusive headteacher, the bastard of a brother –  Jud, the brutish PE teacher and Billy’s mother (to name just a few parts). 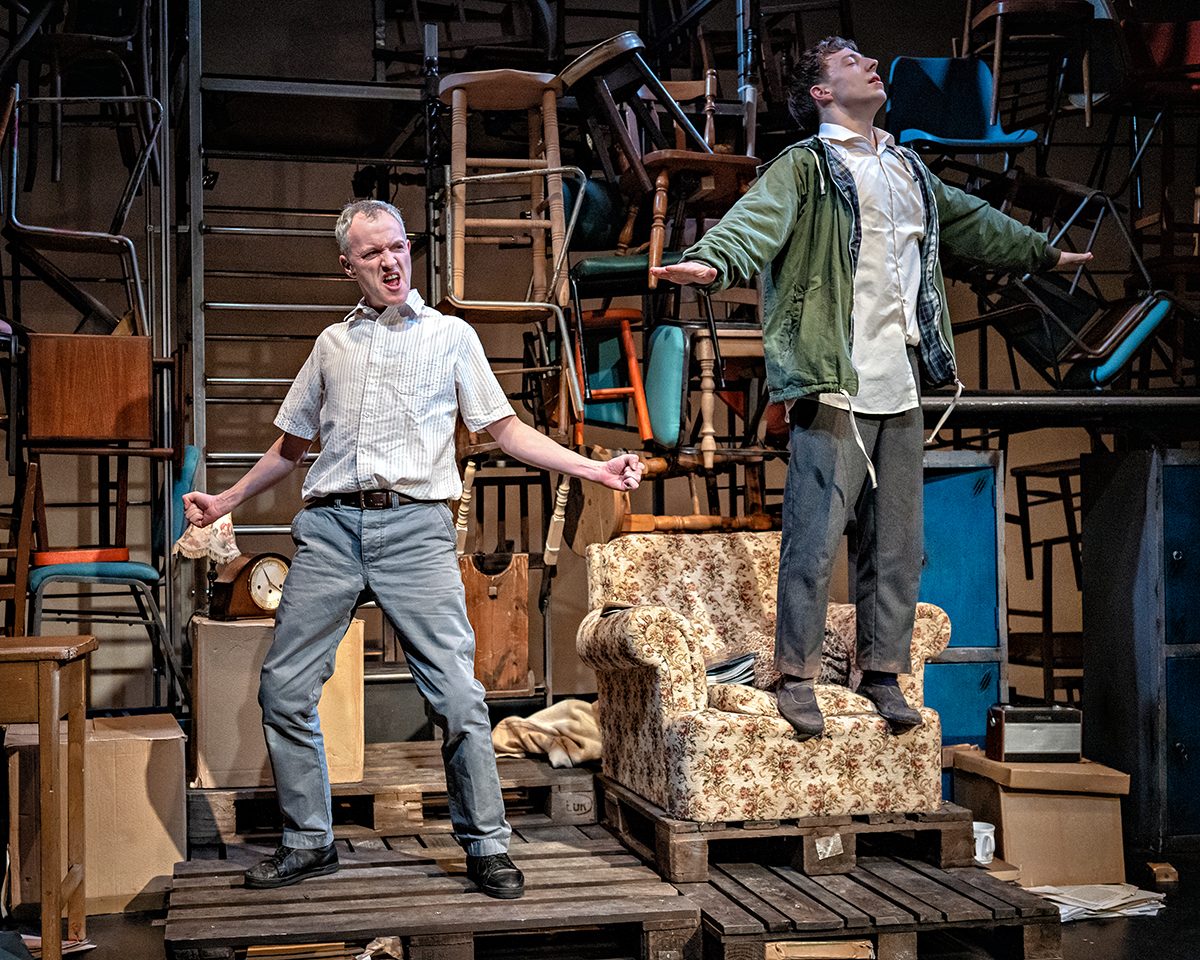 I’d say the characters are quite true to the film but there was an added twist in the play that I really liked. You see, Jack Lord who plays the role of ‘Man’ also plays adult Billy reflecting on the traumas of his past. That’s what the play is about, its adult Billy having flashbacks to the events of Kes and remembering the buildup which is how they told the story. I thought it was a really clever way of telling the story and one that allowed the audience to get to know the characters in more depth. 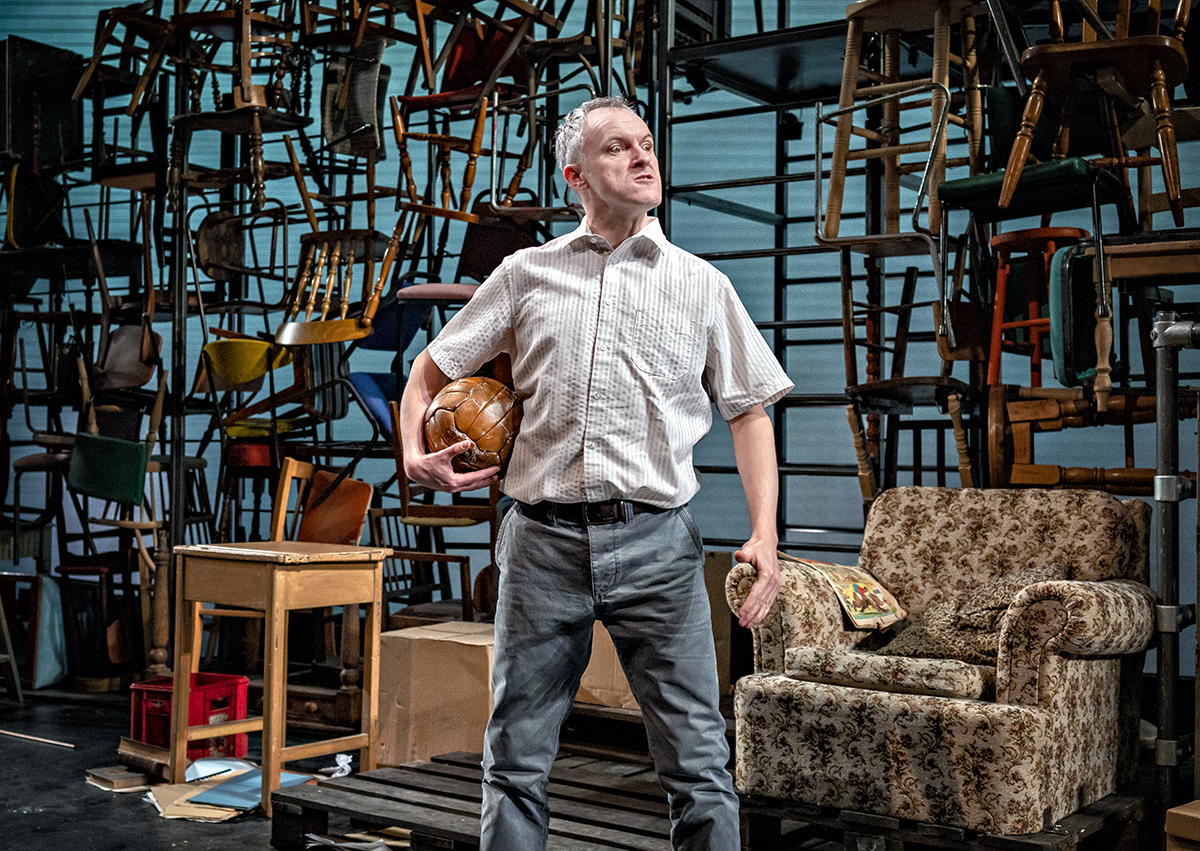 If you’re thinking of going to see Kes at Leeds Playhouse (and I strongly recommend you do), I’d watch the film beforehand to remind yourself of the characters. I took Tom to go see it with me and he’d never seen Kes so he was quite confused by the narrative.

“It’s fierce, an’ it’s wild, an’ it’s not bothered about anybody, not even about me right. And that’s why it’s great.” 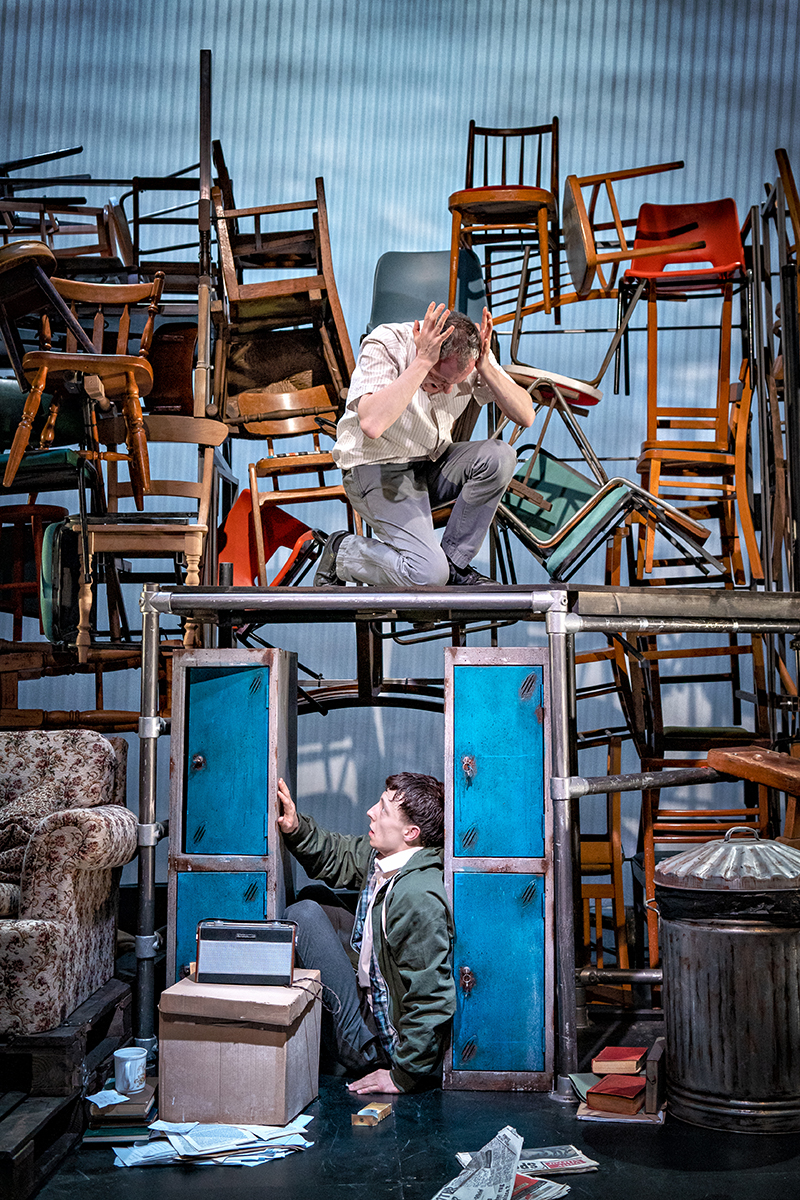 Once he figured out that Jack also played Billy as an adult, he managed to follow the storyline rather well. And the play really made you feel a strong mixture of emotions. You would find yourself howling with laughter at Billy’s mother and feeling emotional and close to tears with Billy. 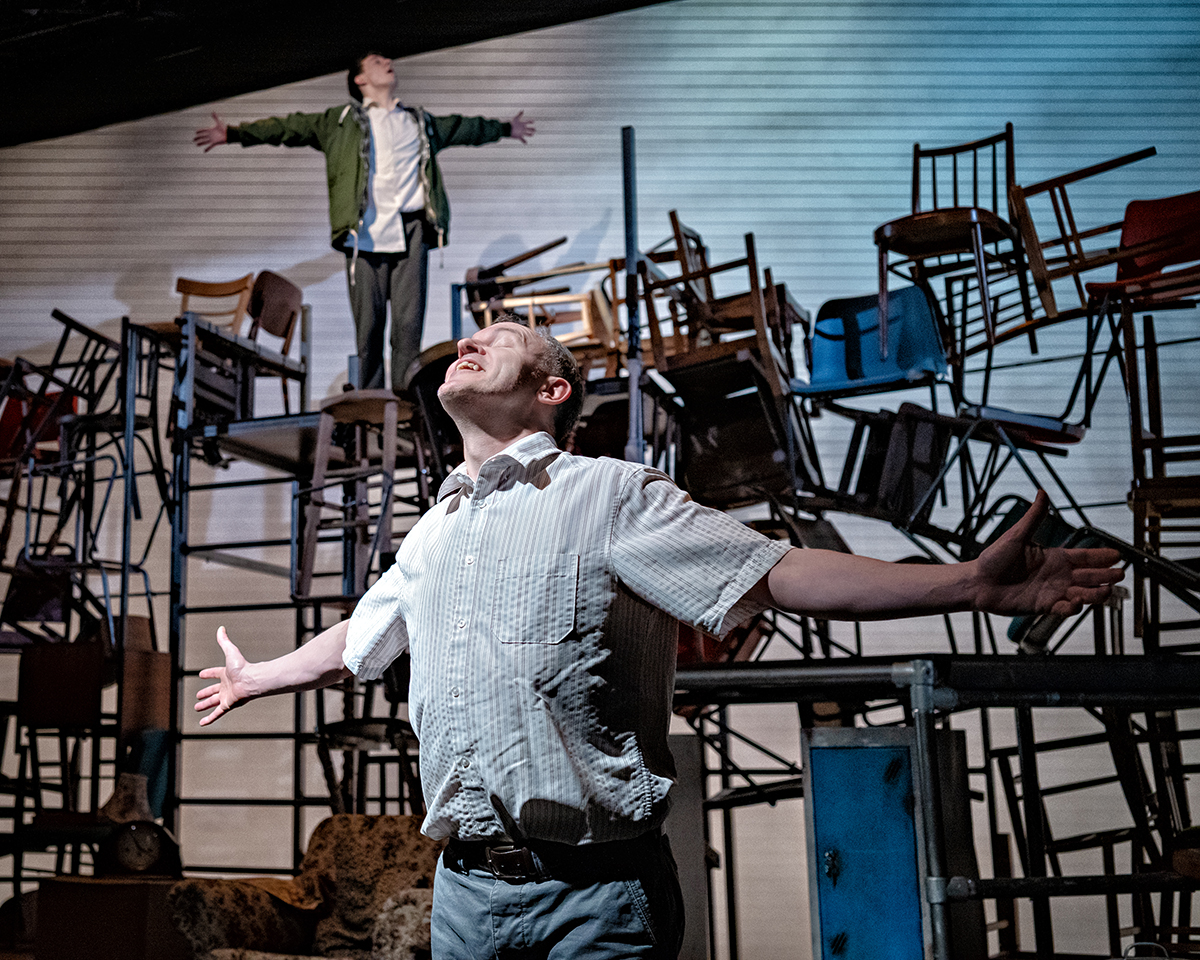 It’s been a long time since I was last at the Playhouse but what a show to go back with! Bravo to the two men who gave a phenomenal performance.

If you’re wanting to see Kes, the show will run until 16th of February so get your tickets while you can!
https://leedsplayhouse.org.uk/events/kes/#tickets