Makeover challenges always bring the excitement to an episode – however, this was all far too tense for my liking. First of all, holy fuck! I was not expecting that elimination. Naomi Smalls is a tactical little shade monster. I’m sure it’s no surprise to any of you reading this that Manila Luzon was sent home by Naomi Smalls despite her being the strongest contender in the competition.

This was me letting the news of Manila’s departure sink in:

I won’t lie, I was pretty gutted as Latrice had done fairly shit in the competition and Manila was the queen I’ve rooted for since they revealed the cast. I’m not surprised Naomi did it though, why wouldn’t you take out the strongest players for a chance to win?

As the queens walked into the werkroom, they soon realised that all of RuPaul’s portraits had been removed from the walls. In their place, were pictures upon pictures of the late, great, Judy Garland. And in comes Ru to give the queens a bit of insight into why Judy is all over the walls. 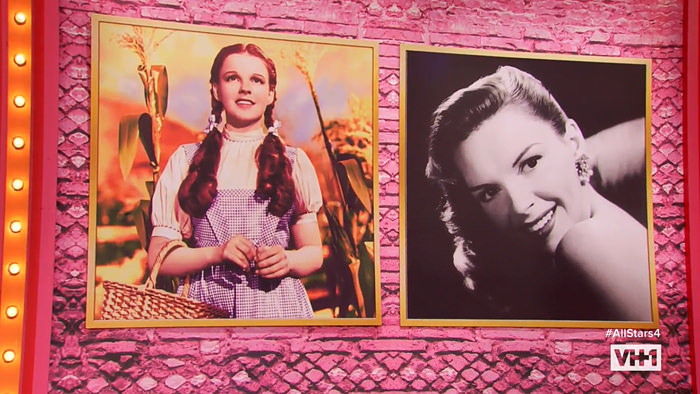 So this year marks the anniversary of the Stonewall uprising and riots. That bit I did know, but I know a lot of young LGBT people don’t know the history of gay rights which is sad. I encourage you all to watch more documentaries and programs as it’s a truly fascinating and sad history to get to where we are now.

But there was one part of the Stonewall story that I never knew. I didn’t realise that the Stonewall riots happened on the same day as Judy Garland’s funeral. That bit I found truly fascinating. I never thought I’d say this, but thank you RuPaul’s Drag Race for giving me a proper LGBT history lesson. 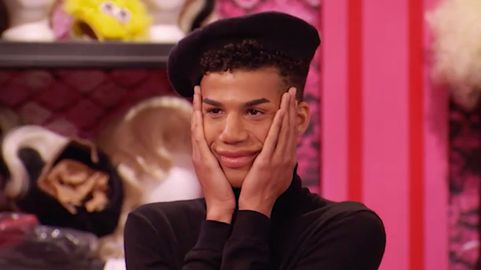 In fact, nearly every queen in the room was surprised to learn the Judy Garland tie to the Stonewall uprising. And Naomi Smalls was so shocked, that she forgot who she was and entered the room dressed as Valentina.

The queens were then given the daunting news of this week’s – a makeover challenge. It’s destroyed many a strong competitor over the years, however, the queens were given the best surprise imaginable with this makeover. They would be making over their best Judy’s. I know! It’s pretty cool, right?

I don’t know about you, but it was really nice to see the queens’ personal lives get some air time, seeing their meaningful connections outside of Drag Race was such a treat.

Another great relationship to watch was Monét and her best Judy (and assistant), Patty. Honestly, he’s possibly the most lovable and happy person in the world. He seems so up for winning with Monét and you can see how much he wants the makeover RuDemption challenge for her – despite having zero family resemblance.

Honestly, if nothing else, the most heartwarming moment in the episode for me was hearing Latrice talk openly and lovingly about her best friend to Ru and about how he saved her life. When she was in prison, he was the guy that got Latrice back on her feet. It’s a story we’ve heard about to finally put the man to the story was lovely – he honestly is best friend goals.

As we expect to see with our makeover challenges, the queens and their partners had to perform a little musical number and I have to admit – I liked the idea with this theme, but Christ, it was hard to work out which team was which. They could have given each team a different coloured shirt or hat or something. A black trilby with a black blazer and black shorts and a black wig was not the easiest to differentiate.

Be honest, from first glance you can’t tell which team these were (it’s Manila and Iyowife by the way). The song was tacky, old school and utterly fabulous. The outfits were repulsive.

If you can successfully decipher which team is which, who do you think did the best job of the lip sync? I personally think Monét and Patty nailed this challenge.

Then we moved swiftly on to the runway and oooooooooh we got some looks (not all good). The queens had to create a family/best friends resemblance for their best Judy’s. 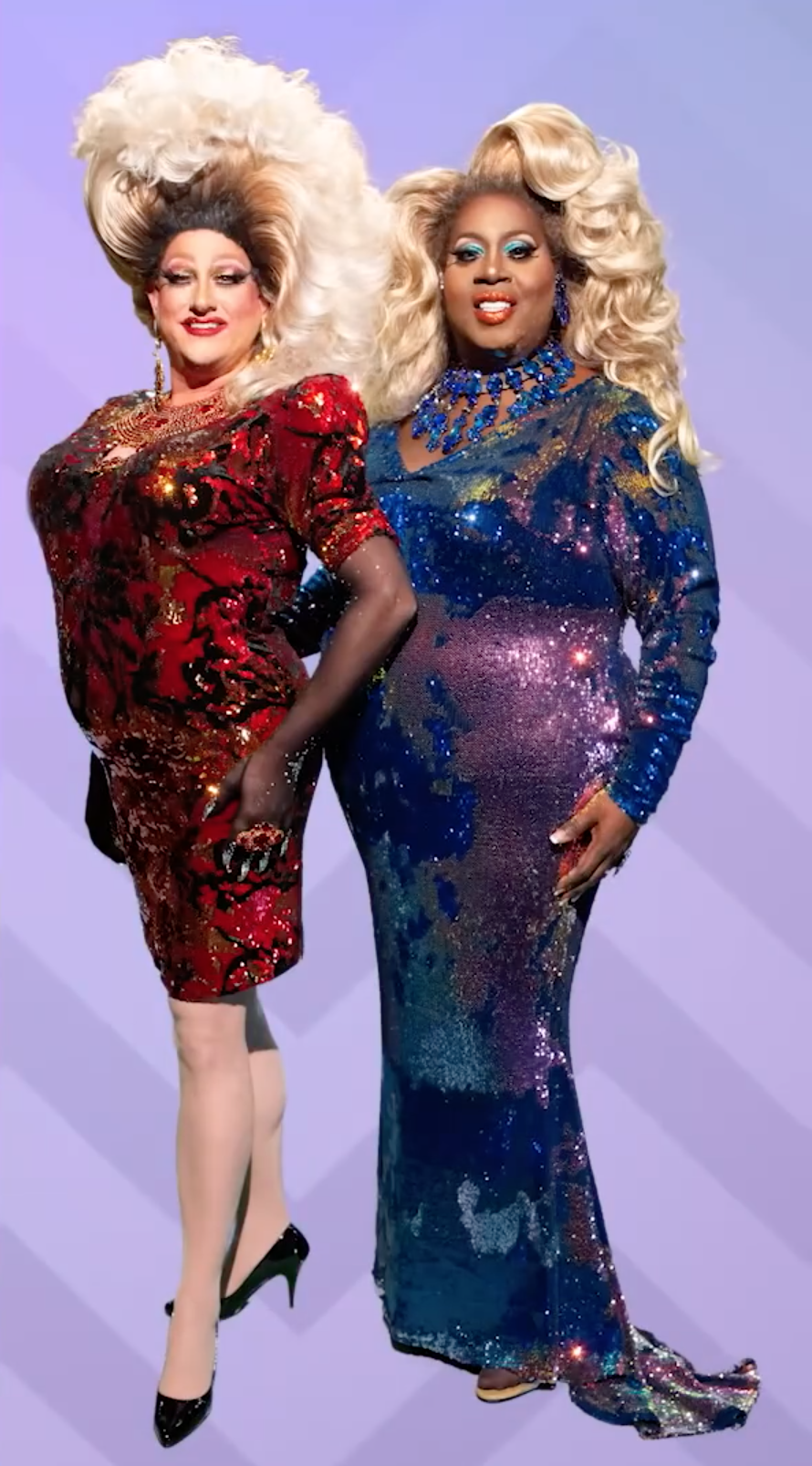 There’s nothing that screams ‘what a great makeover’ more than white legs, black arms, a white head and a wonky wig. Alexis Knight, condragulations you are the wi– no I’m kidding. Latrice did an awful makeover. 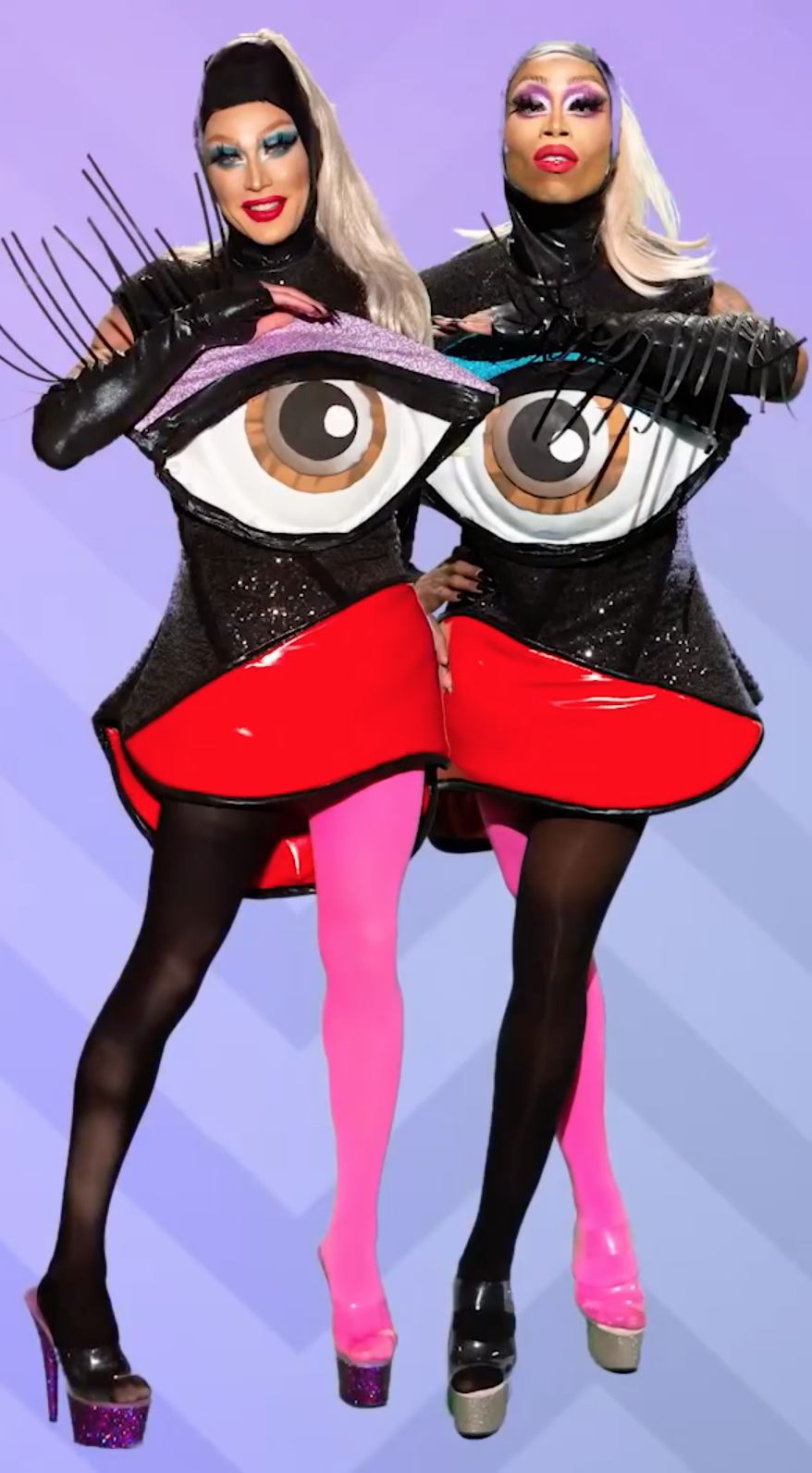 This is tacky, kitsch and wonderful. I love it, the eyelashes on the arm was a great twist, the eyeball switch on the dresses are cute, yeah, good job. 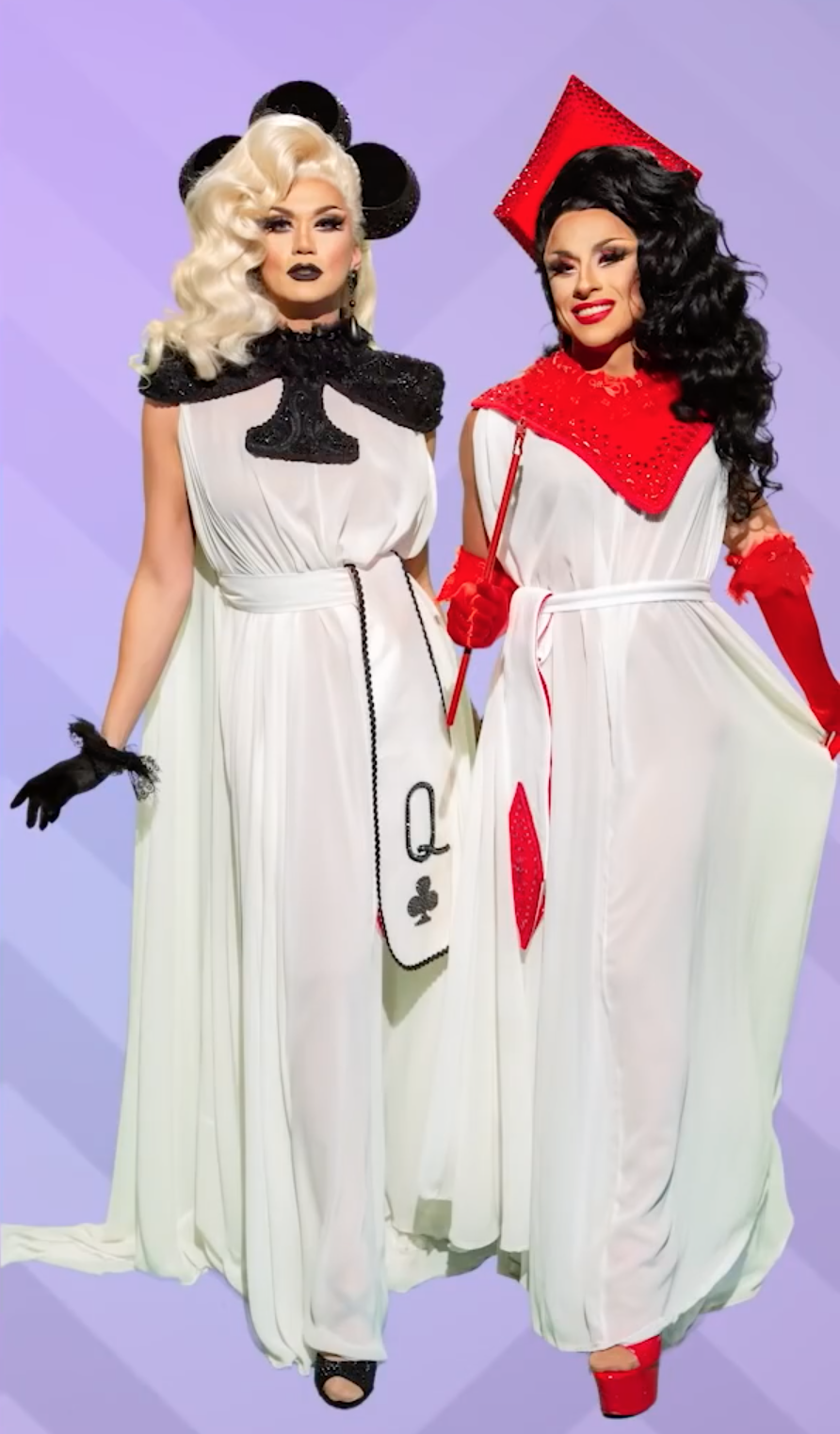 Is it the most exciting outfit ever, no, do they look great, yes. Manila did a great job, Iyowife’s makeup is absolutely beautiful and the theme was cute. They’re a married couple who came as a couple of queens, genius. 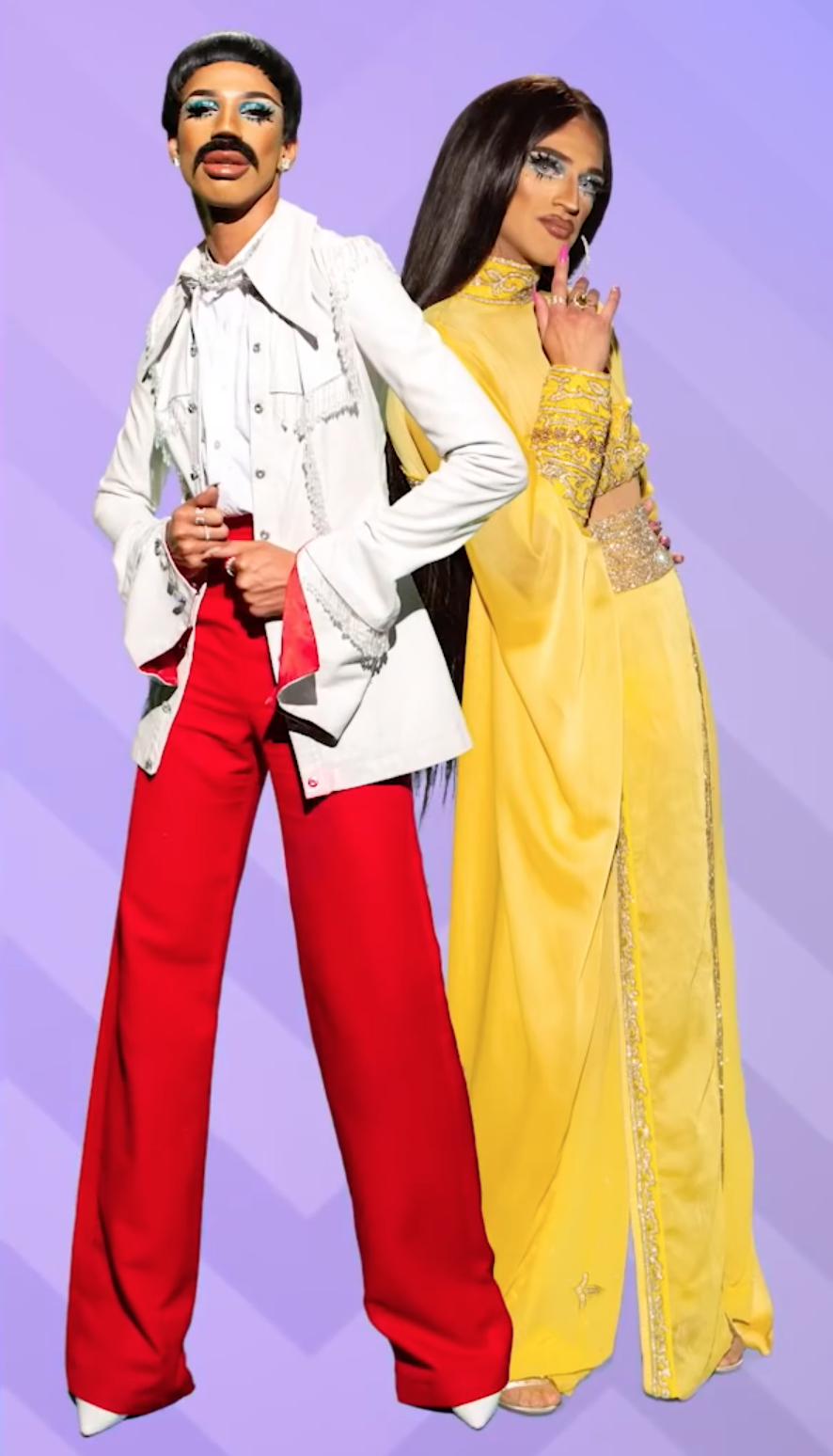 This outfit killed it for me. The red trousers and white jacket is beautiful, the makeover looks great, Naomi’s wig, character and gender reveal was excellent and I think she absolutely nailed this challenge.

This is great, the wigs and makeup are beaut. They go great with the outfits. They both look like a pair of eccentric rich bitches and I’m living for it. However, I do think they were one of the weakest performances in the song (apart from Latrice and Alexis). 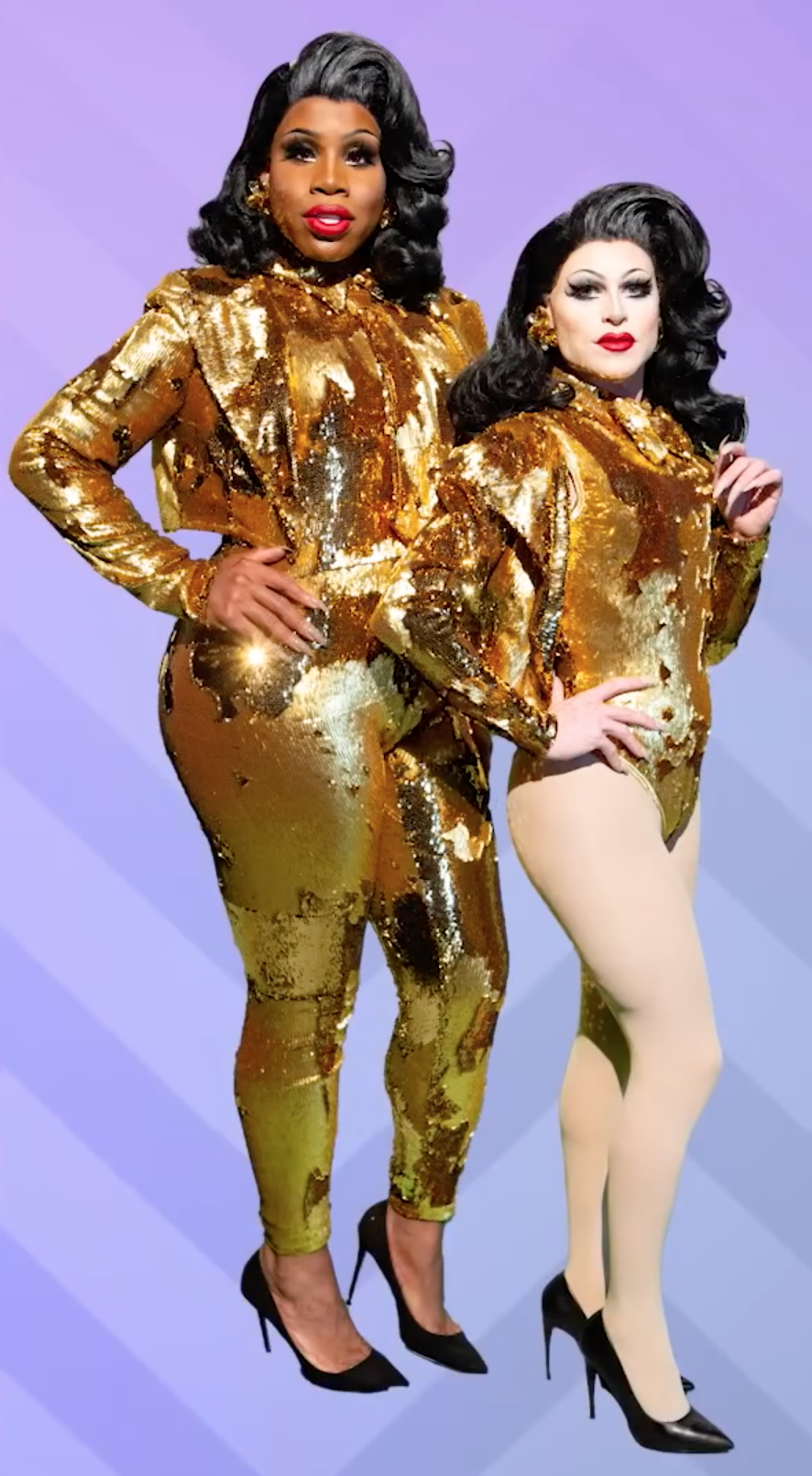 Again, I love these looks. The outfits look lovely, the wigs are great – the heels, inexcusably basic but the rest of the outfit was strong enough to make it a toot.

But who was safe and who was in the danger zone? 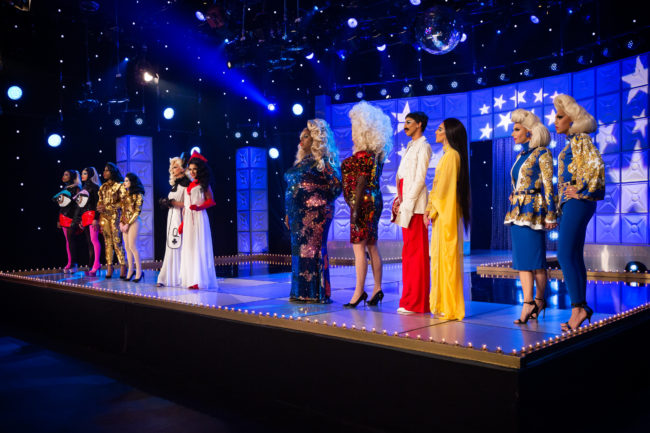 There were two obvious winners this week and that was Monét X Change and Naomi Smalls. However, those who were safe or in the bottom was harder to guess.

Latrice was obviously in the bottom but I wasn’t sure who would be joining her, maybe it would be everybody else? Sadly not, it was Manila meaning that Team Latrila were facing each other for elimination.

Monét was trying to do some sort of deeply emotional, stand-on-the-spot-and-sell-the-song but compared to Naomi who was posing for her life, it didn’t quite have the same effect. Even her predictable umbrella filled with glitter couldn’t get her that win. But does she care? Probably not.

Anyway, Naomi Smalls won the lipsync and so it was her decision of who she sends home. Latrice who had a weak track record but saved her last week or Manila who she idolises and leant her a moustache for her Sonny and Cher look this week. 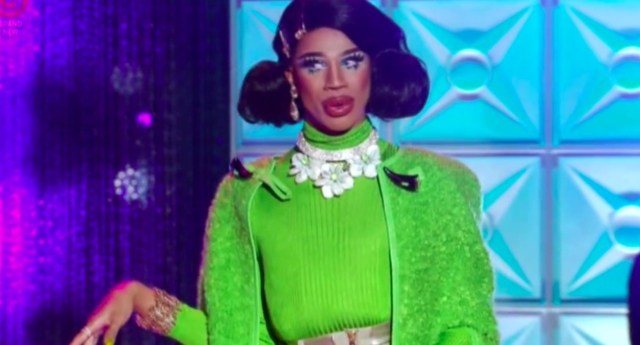 She definitely sent home the toughest competition. Can you blame her? Not really, but it’s a shame when the strongest competitors go home.

I can’t pretend I wasn’t gutted for Manila. Since I saw the lineup, I rooted for her to win the whole competition. But hey, that’s All Stars I guess, isn’t it? Let’s not forget about the #JusticeForShangela moment on the last season.

And the world was shooketh to the core. Don’t deny it, the gay world (and straight women who scream ‘YAAAASS’ at gay bars) were beyond shocked by Manila’s departure. Here are just a few GIFs to represent the people’s emotions:

Letting the news sink in:

But at the end of the day, it’s a competiton, and though I was gutted to see her go, at least she got to leave with her husband and with the reputation, respect and love from all the fans. 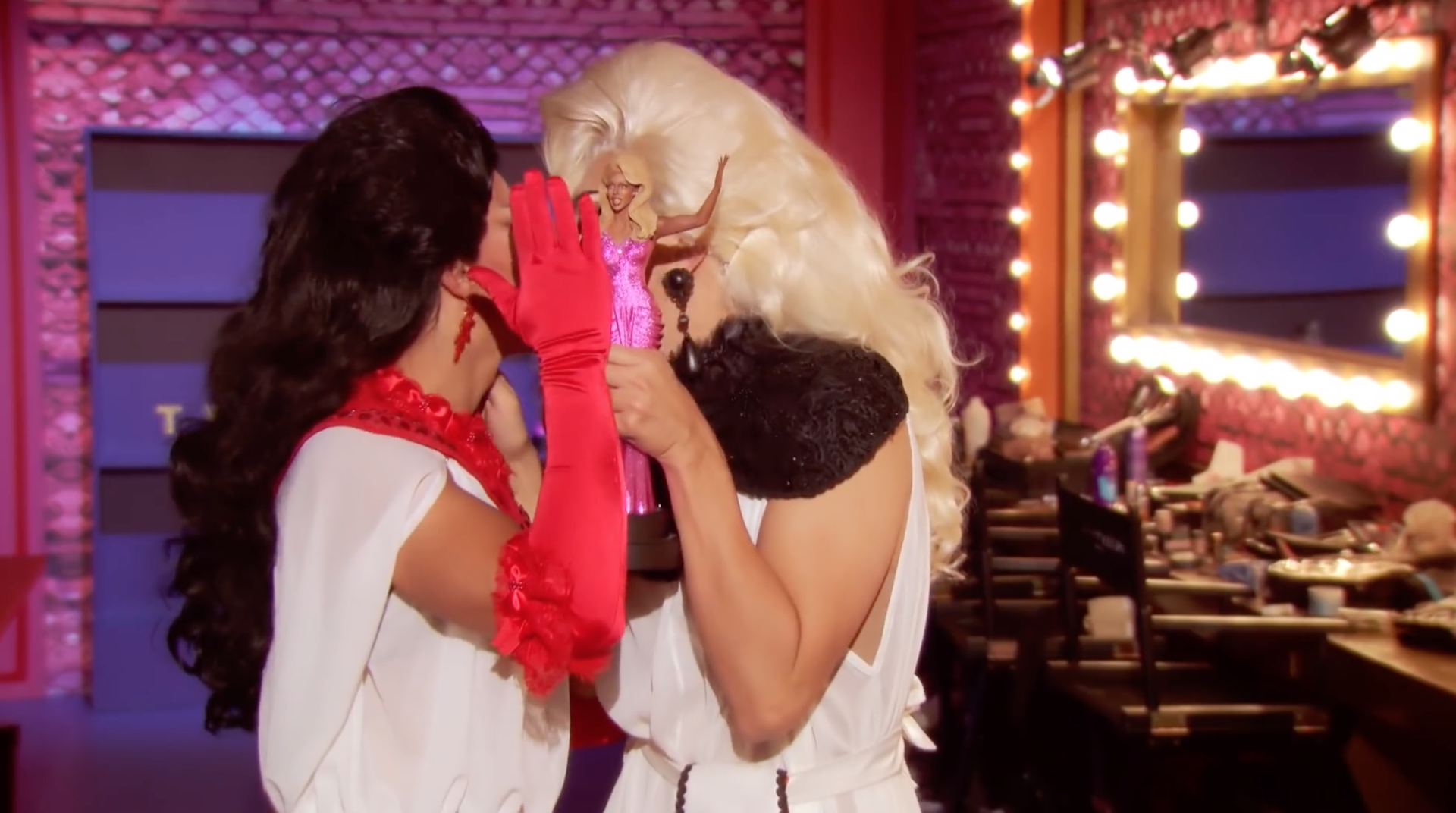 And on another note, for every ‘fan’ who sent Naomi death threats or whatever, come on now, it’s a reality show – there needs to be some drama!

What a bloody rollercoaster! This episode really did pack a punch. I’m just gutted I lost what I thought was my strongest competitor. Now I’m down to just two queens, Monét and Latrice. I think it’s fair to say that Tom may have won our little Drag Race draft.

Just as I thought I was starting to catch up, Tom somehow manages to regain a healthy lead. I 0 points this week and Tom gained 7 points which kept my total on 35 points and pushes Tom ahead to 45 points! Will I ever catch up? Let alone overtake! 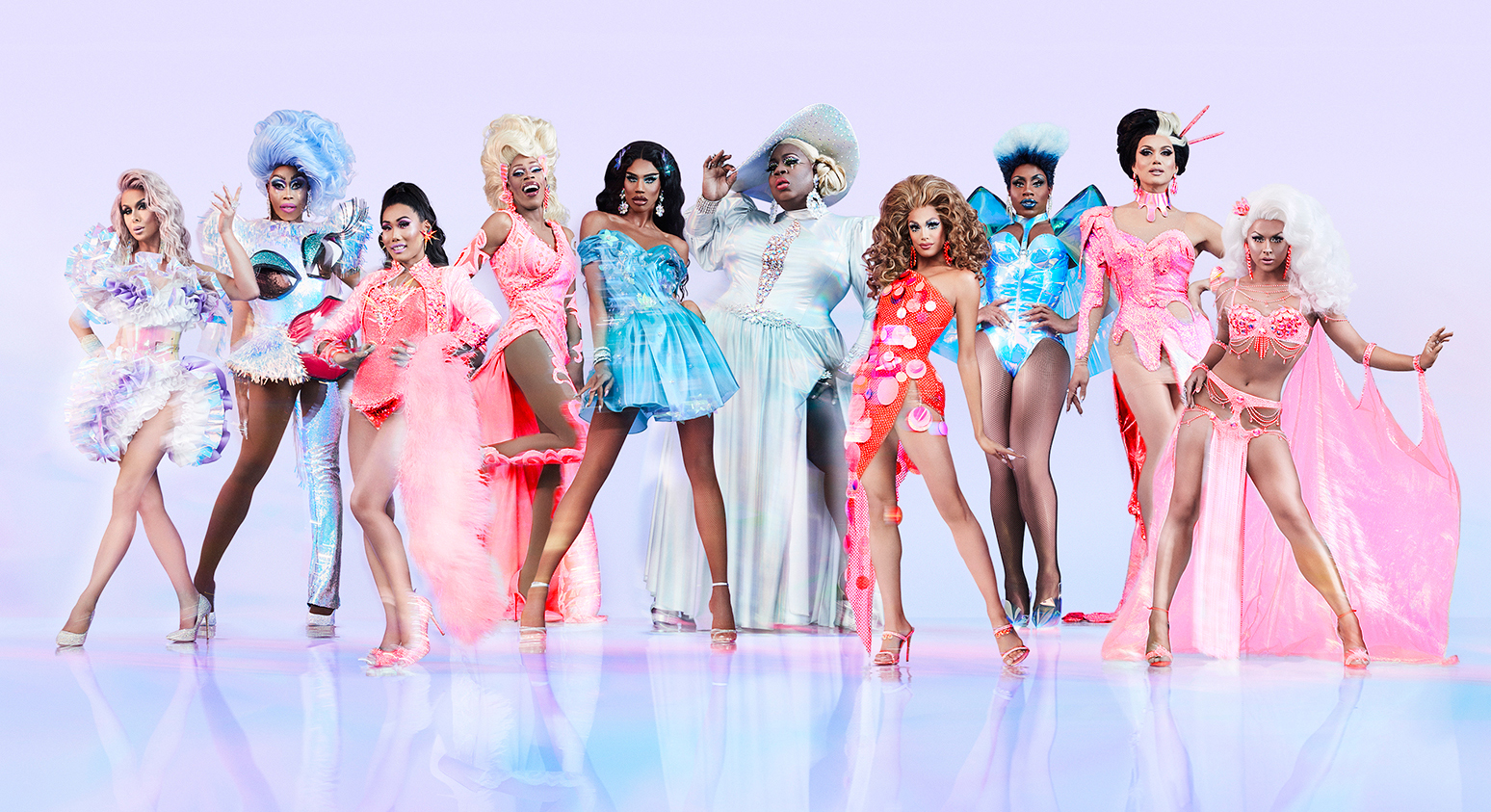 I have to admit, I was absolutely gutted Manila left but that’s because she has always been one of my favourite queens. The first season I ever watched of RuPaul’s Drag Race was Season 3 and I loved Manila from the moment she walked in. In my eyes, she’s a true All-Star so it’s sad to see her leave the competition so soon.