Last week I decided to venture out and explore my city in the dark, sounds ominous, but this is no Jack the Ripper blog post. It was Light Night Leeds 2018 and they certainly upped their game from last year! Thankfully, I knew where most of the locations for the artwork was this year which certainly helped. For those of you who don’t know, Light Night Leeds is a mini art festival of light-based sculptures, digital art pieces and videography. 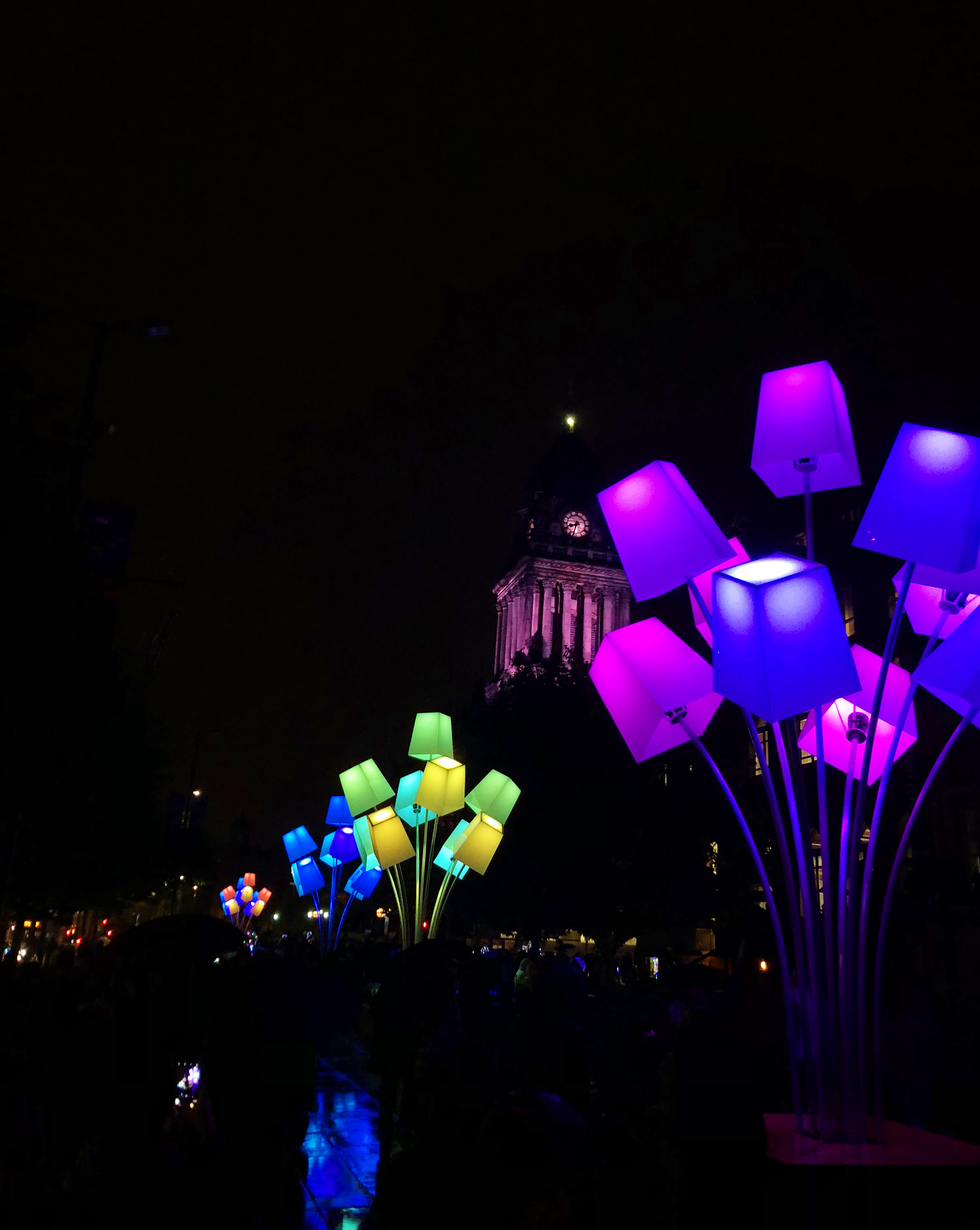 It’s a really nice event that lets you explore parts of the city centre that you might not often venture to in order to see some pretty light displays at night. It really is as simple as that. 2018 was Leeds’ 3rd Light Night I believe and it’s been the second one I’ve attended. I have to say, it felt like there was at least double the number of people that I saw compared to last year. Light Night took place on Thursday 4th and Friday 5th of October.

I started my night off at the Queens Hotel to watch their elaborate, large-scale video projection against the iconic hotel. Last year they created some beautiful Gatsby-esque visuals. However, this year the projection was much more ‘intense’. With the success of Game of Thrones, what do you think people are obsessed with right now? Dragons. Yep, they created a spectacular dragon extravaganza.

Don’t get me wrong, it was pretty spectacular and the real-life pyrotechnic effects were awesome but quite a few kids around me were screaming and crying… I guess they may not have made it as ‘family friendly’ as they had first thought. Each location around town had their own unique piece of light-based art on display. The biggest physical art pieces this year had to be the monumental alien/giant invasion of glowing men that took over Victoria Gate. This piece was created by Tasmanian artist Amanda Parer. 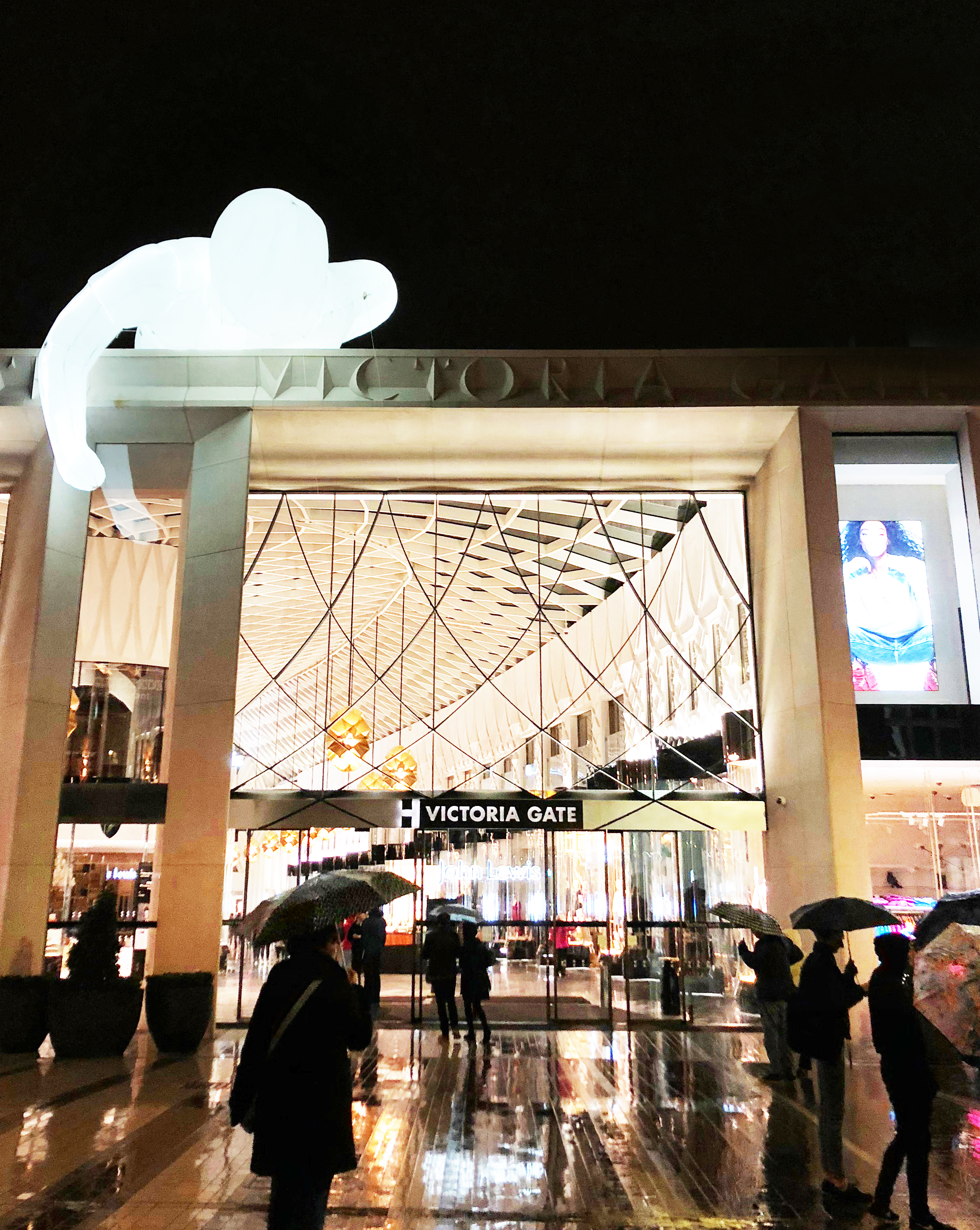 It was hard to get a photograph of both of the illuminated giants as people kept taking selfies under the ground-level beast… I don’t know why taking a selfie under his body will just look like you’re taking a selfie against a glowing wall – people are fools.

As usual, Millenium Square had a beautiful video projection but last year it seemed to drag a little bit. It’s hard to make Leeds sporting history exciting, I know, but this year they made some beautiful graphic art. It made me feel reminiscent of the glitch portraits I shot at university. The whole video was monochromatic with a strange beat playing but honestly, I really liked it. There was something really fascinating about it. Which is strange for an art piece called Chaos. 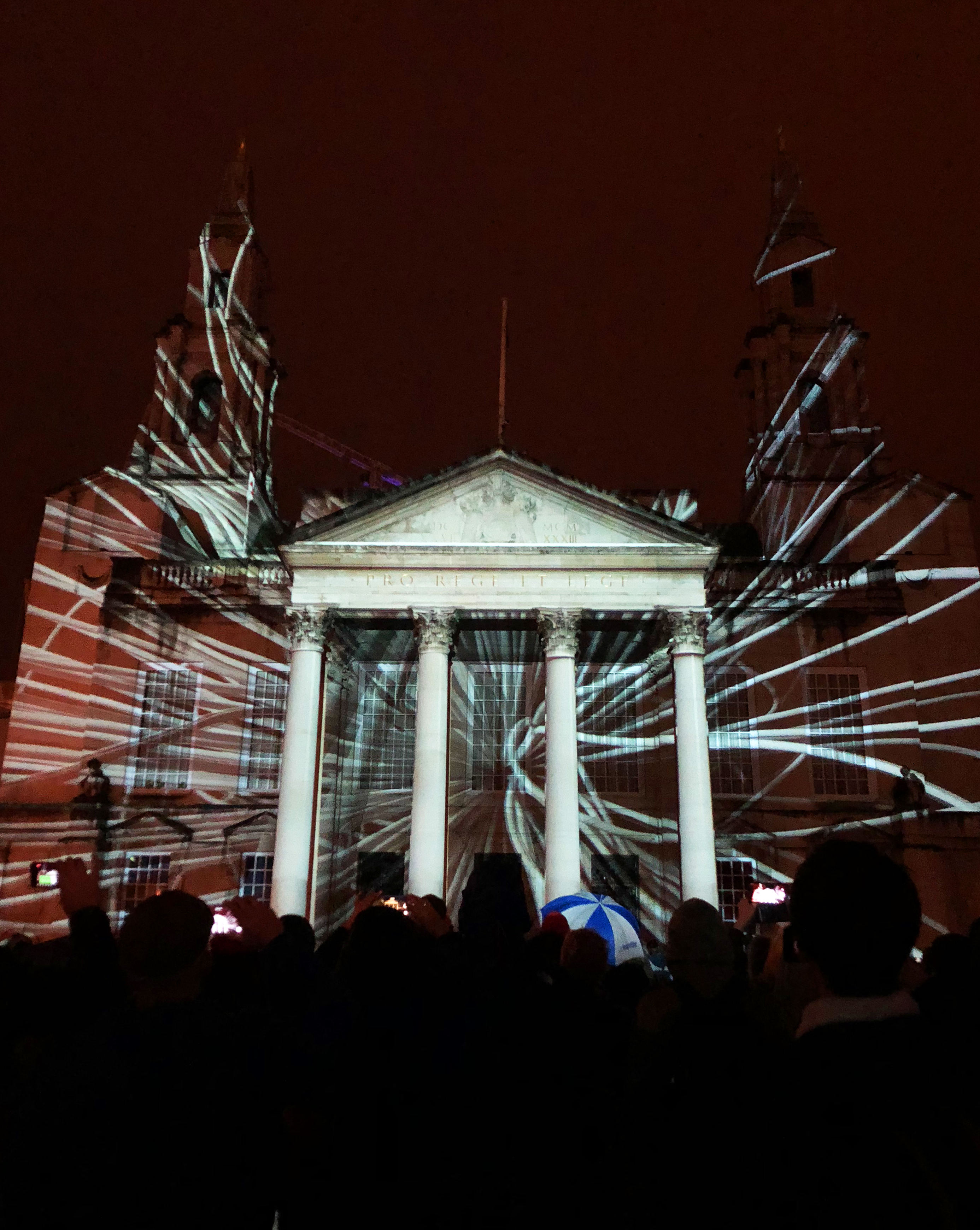 We saw a handful of local, national and international artists bringing their work to Light Night this year but my favourite location had to be at 34 Boar Lane. It was here where East Street Arts held a beautiful exhibition featuring a few different artists. This space was beautiful, it felt like a really cool gallery and a few of my favourite pieces were here.

There was a real mixture of beautiful neon lighting on display in this gallery space. There was a really nice collective of artists, each with their own fun take on neon art – something I am a huge fan of! But my favourite pieces had to be Utopias (IRL//URL) by Romily Alice Walden. I’m sure it’s not hard for you to work out why I love it. I think these would go beautifully in my living room with my new sofa. Romily, if you’re reading this, I would love one of the pink sculptures!

Of course, I also loved the beautiful (and big) nod to Amy Winehouse. In the back corner of 34 Boar Lane, you walked down an aisle towards a demonic red glow. Once I managed to get through the crowds, I spotted this utter beauty of a quote. “…Love Is A Losing Game…” looked truly haunting against the dark backdrop of the semi-derelict building space.