Adventures Of A First Time Buyer – The Unavoidable Summer Standstill

Unless you’ve been living in a well-ventilated underground bunker without a calendar, you’ve probably realised that we’re in the peak of the summer standstill. As if by some miracle, we Brits have been blessed with some cracking sunshine. Beer gardens are full, people are sweaty and the football has been monumental.

This year it seems that most knuckle-dragging turnips have been more focussed on whether or not football will be, in fact, coming home than they have been actually enjoying the weather. If there’s one thing us British folk like, it’s commenting on the weather. But World Cup Fever seemed to have gripped most of us. To be honest, I’ve seen more England flags on top of cars and hanging out of windows than I’d expect to see at an EDL march. However, it’s the first time I’d taken part in a World Cup Sweepstake and my team Croatia came second.

You may remember that the image below was my previous cover photo for the article. Well, it seems Facebook doesn’t like having fun or showing any form of nudity that was allowed on pre-watershed British television in 1969. Apologies to the youthful body of Barbara Windsor. As you can most likely notice, I’ve popped my head onto her body from the Carry On Camping film.

I’ve gone and changed it so I don’t upset the personality-free robots at Facebook. I don’t think it has the same character, but fuck’em, they can’t hold a good girl down! As you know, I take great pride in my Adventures Of A First Time Buyer cover photos. I try to give a humorous nod to the past and do it all with a wink and a grin to classic pop culture. To cut a long story short, Facebook deleted my article from their site without giving me the reason for breaking the terms. Not only that, my Facebook profile was blocked for 24 hours! The cheeky madames.

A Quarter of a Century’s Worth of Fabulousness

I’ve just turned 25 which means I can no longer refer to myself as a ‘recent graduate’ when talking to hip young folks in bars. I’m now an old crust who refuses to let go of their youth. But is that a bad thing? No, not really. As long as I don’t become mutton dressed as lamb. I’m usually the opposite to be fair, I frequently wear 70’s clothing. 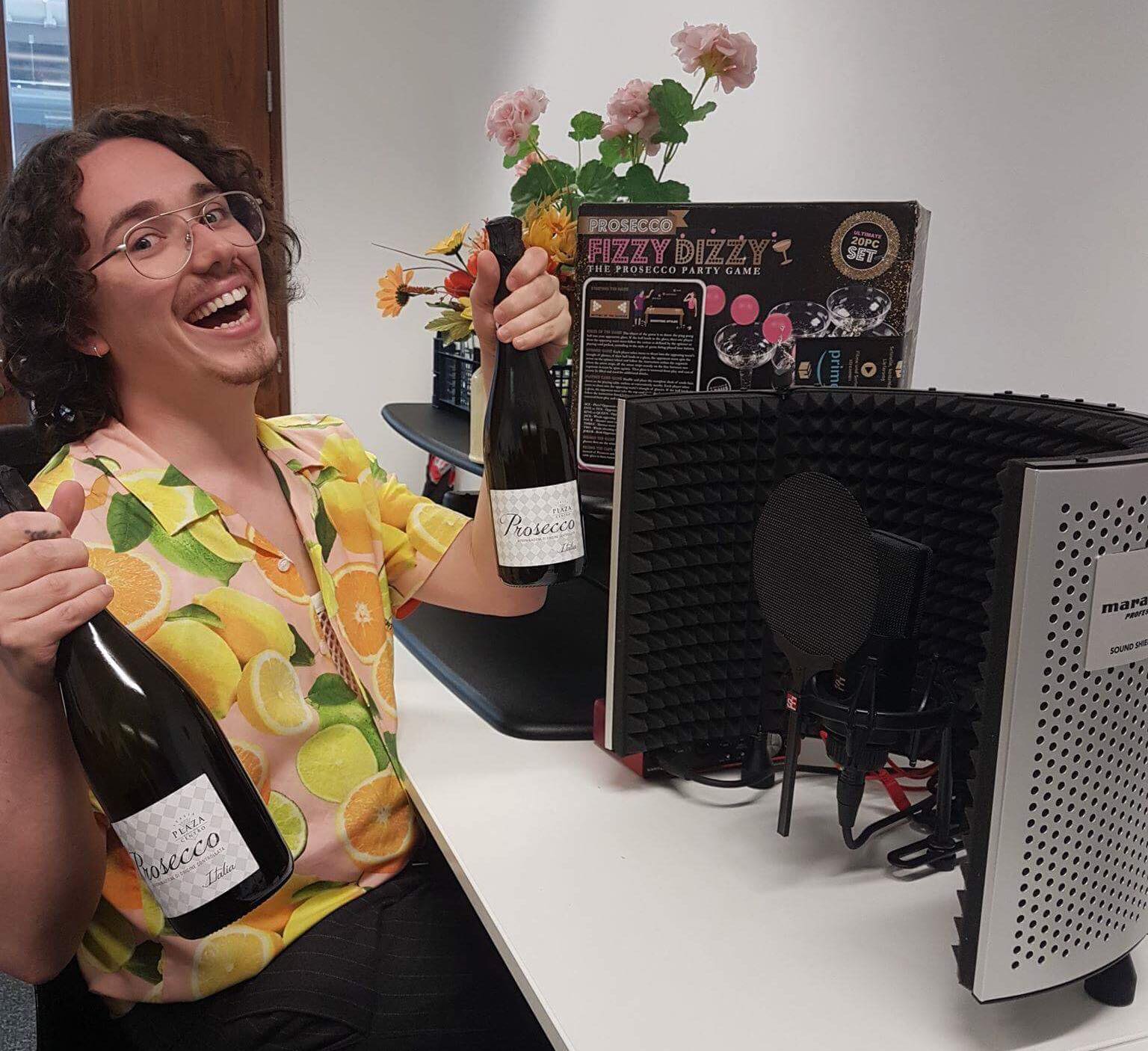 This birthday has put a lot into perspective, mainly, I want to get the house finished. I always wanted to own my own property before I turned 25 and I achieved that this year. But now I really want to get it finished so I can actually have a house party (and a belated birthday party) together. But I fell into the summer standstill trap – the weather really turned me into a lazy turd.

For me, it’s just been nice to relax and unwind with some nice weather. However, the more relaxed I get, the less bothered I get about finishing the decorating – and there’s still a small chunk to go. I truly have hit the summer standstill.

The one room that I really want to get finished and looking sharp is the living room, however, it seems that it is pretty much the last room left to complete. But it’s not just some paint and a sofa we need, oh no. There’s quite a lot more to do than we first imagined. However, Tom did buy us a very nice vase which already has brightened up the room with its effortless tackiness. In fact, a lot of people have gotten us plants so far and it’s really adding a nice pop of colour to our unfinished house. You can’t polish a turd, but you can roll it in glitter! 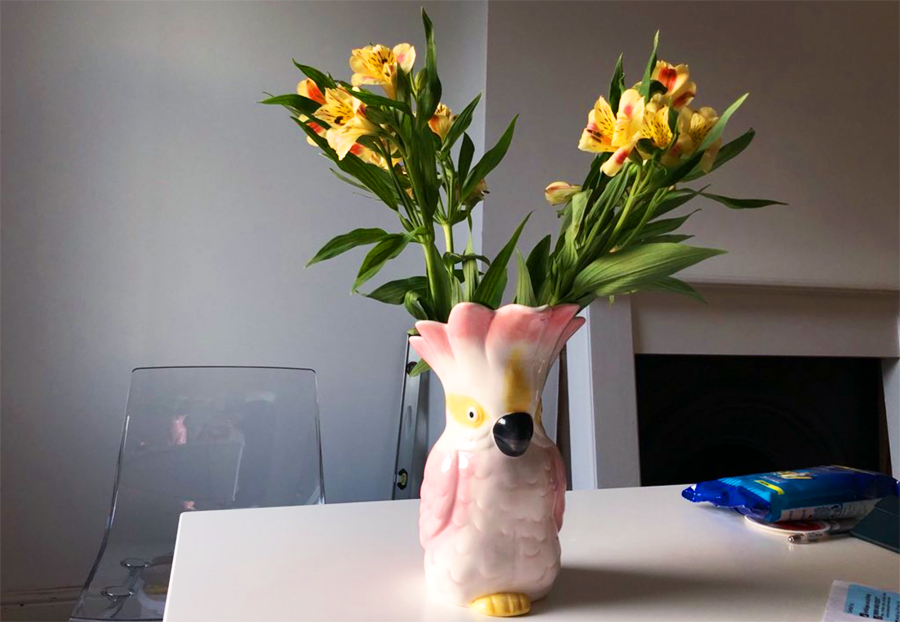 One thing I didn’t think we’d have to do was getting some of the plug sockets in the living room changed over as they were left in a pretty dangerous state.

In fact, when we got an electrician round to come and have a look and refit the new plugs, he realised he needed to go down to the cellar (still full of the previous tenant’s shite) to have a gander at the fusebox.

Well… You would have thought you’d travelled back to 19-fucking-08 with the state of that bastard box! If it were a human in a survival film, I would shoot it in the face before it doomed the rest of us. Honestly, it was beyond repair. In the video below, you can quite literally see it flake apart in his hands.

Great… that set me back a lot more money than I had intended. In the words of the great Bruce Almighty; “Smite me, O mighty smiter!”

We’re getting there very slowly with the fireplace, but we can’t really progress any further until we get the flooring sorted. Now, we’ve found a few different types of flooring as well as styles and colours. The electrician also very kindly threaded me some wire through the cellar into the living room so I can get a plug put behind the fireplace to have a pretty Edison bulb or something in the fireplace.

At the moment we’ve managed to tear out the ugly old fireplace so that my dad and his chum could start knocking out some of the brickwork behind for the sassy cast iron fireplace I bought as an alternative. However, the cleanup was not as fun. As the bricks got chiselled away, a hell of a lot of soot came down that chimney – sadly, no early visit from Santa. But alas, it’s looking much better. Now I just want to get the flooring down so I can get it all put into place. Then we can finally get the living room finished!

I know it sounds like all I do is slag off the previous house owners, but balls to them, they’ve knackered most things in the house. I’ve already had to buy a new door, now I’m getting the flooring sorted and I’m still struggling to clear out the cellar and remove the faint wafts of cat piss from every room of the house.

I’ve been in talks now with a joiner who is working on getting me quotes for various floor types. What I really want to do is remove the damaged vinyl in the kitchen and get the same laminate wood flooring throughout the kitchen and living room so the whole downstairs looks it has some unity.

What I kind of new but wish wasn’t true is how expensive flooring is. I honestly could weep. Obviously, I want to have the floor looking nice. But I don’t want to spend so much that when it comes to selling the house, all the handiwork has made it a ‘break even’ sale. So many dilemmas, so little time. 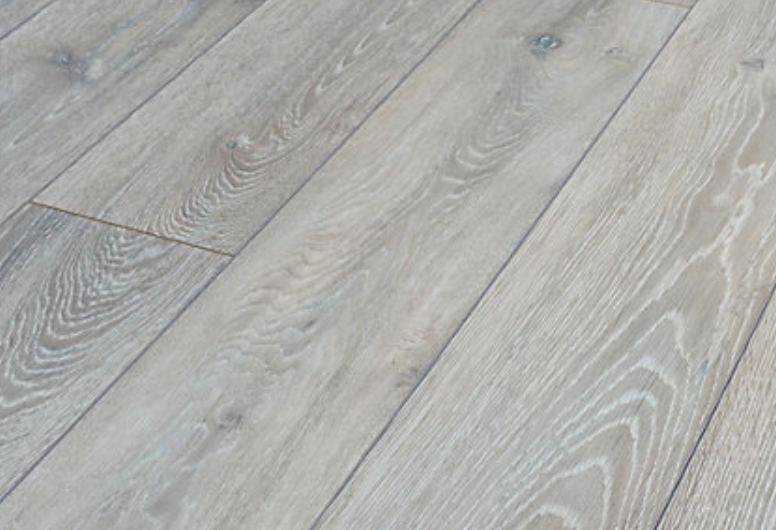 At the moment I have a few ideas of colour schemes and what not. I’m wanting a greyish/off-white colour wood flooring for the living room and kitchen. I’ve found a few samples I like so hopefully we will be able to get something for a decent price.

I dream I will receive an email from a Ugandan prince who is a distant relative that wants to send me $13.5 million as an inheritance. That would be a treat. But for now, a boy can dream – or live on rations like a WW2 housewife.

The Summer Standstill Won’t Hold Me Back Much Longer

I’m still trying to up my efficiency which isn’t working. But I have got a little more organised. We had a decorator in who’s managed to paint the kitchen for us and that looks so much nicer in a fresh shade of white.

All I want doing now is to have this flooring done so I can start buying furniture for the downstairs. I still need to go sofa hunting, get a TV stand and a shelving unit as my bare necessities. I also want a gramophone and a drinks trolley because I’m a freaky little bugger. But I’m sure those will come in good time.