Well… it was only a matter of time before something went a little awry with my plans. It always seems to happen to me. It seemed that the religious nuts in power may be onto something. I think my homosexuality is a curse that has caused mild inconveniences along the way of my kitchen refurb. I just want to say that everything is now back on track but we had a few hiccups along the way – talk about kitchen nightmares!

The first of the Kitchen Nightmares

“What’s the matter Gorgeous McStud-Muffin?!” I hear you all scream with terror. Nothing major thankfully, well, it could have been if my kitchen man wasn’t top banana. I’ve been heading to work so I’ve only been catching Mick in the mornings and occasionally after work so the progress has been changing rapidly in my duration away from the house. 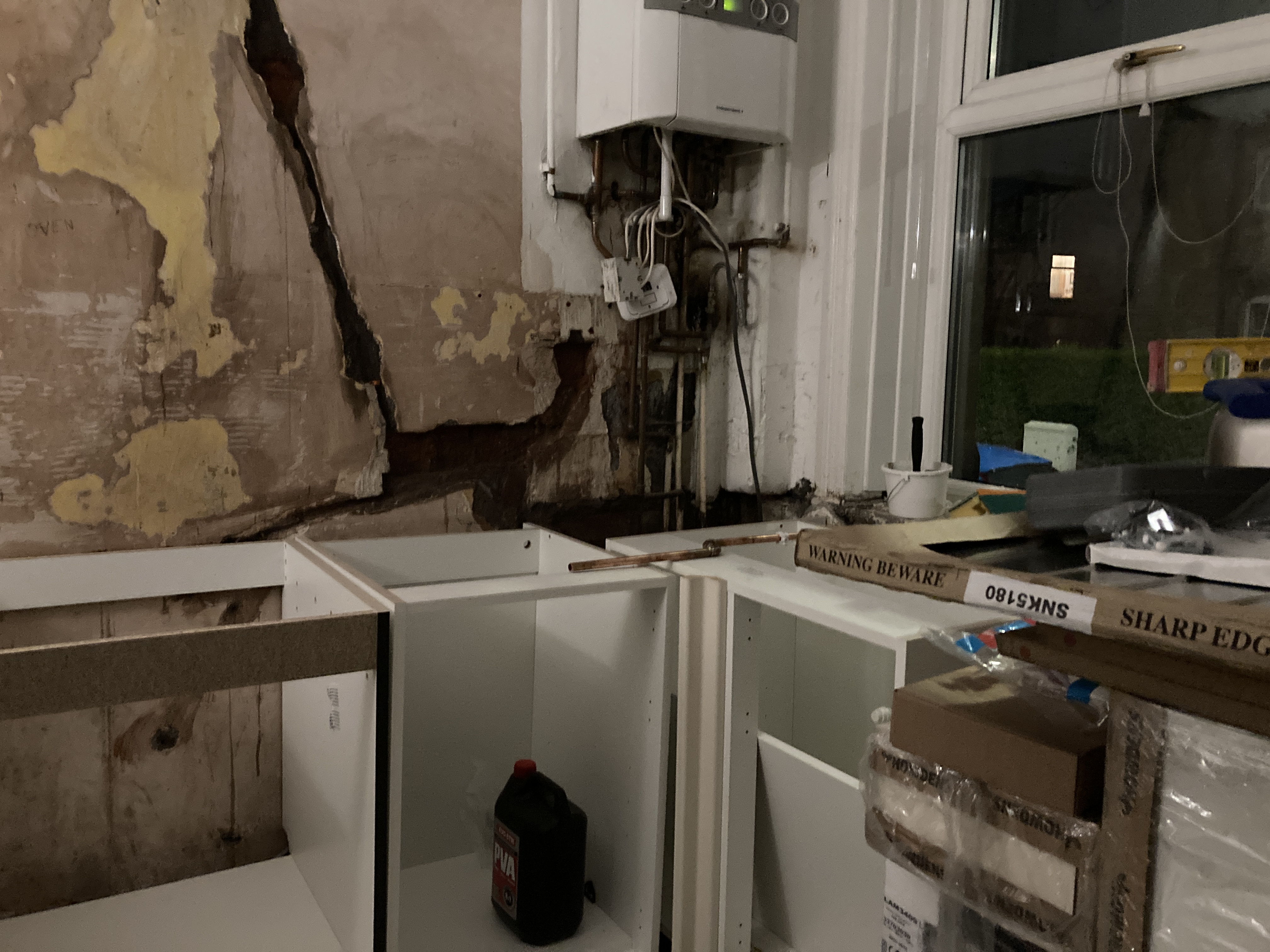 Coming home in the evenings meant that I couldn’t really see the kitchen in its glory (as my main light hasn’t been working since the start of the pandemic). Anyway, when I’ve been coming home on an evening its all been looking pretty damn lovely.

But it was when I saw it on my day off that I noticed that the units weren’t the colour I’d ordered. The supplier had sent me cream instead of white!

Frustratingly, the colour I had ordered had been discontinued. So we had to order different units of the same measurement in a slightly different style. Thankfully we got that amended but it did put the kitchen progress back a few days!

Our other issue was that certain parts were being delayed in being sent over to the house so we had lots of 90% finished parts but nothing 100% so I couldn’t start moving things back out of the living room. But those were my only real kitchen nightmares. 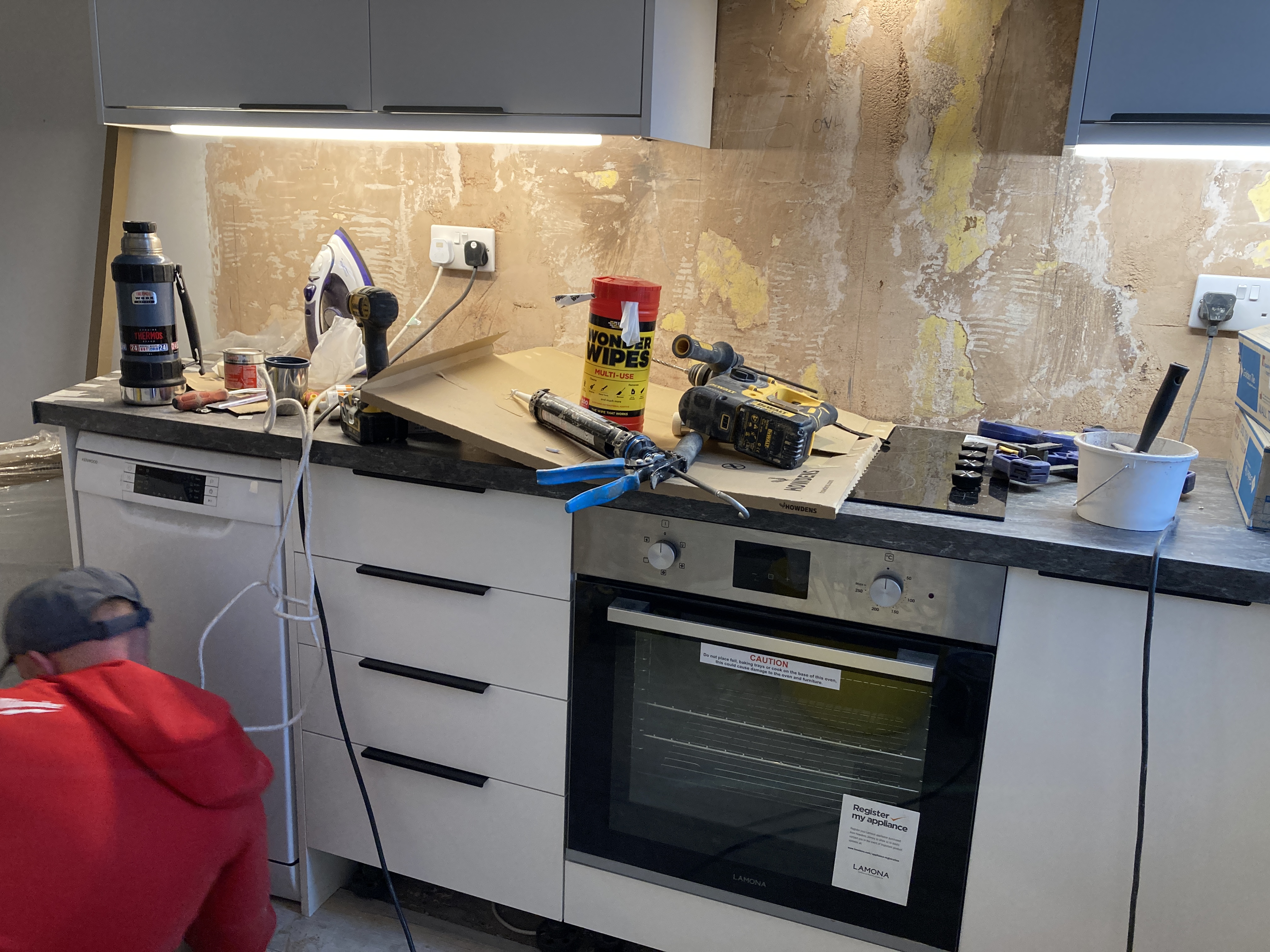 The rest is coming together

Thankfully the rest of the kitchen progress was swift. We’ve got the proper counters in now, fit the dishwasher and washing machine back in and got the countertops on. All that’s left to do is tiling and a little bit of plastering and Bob’s your uncle and Fanny’s your aunt! 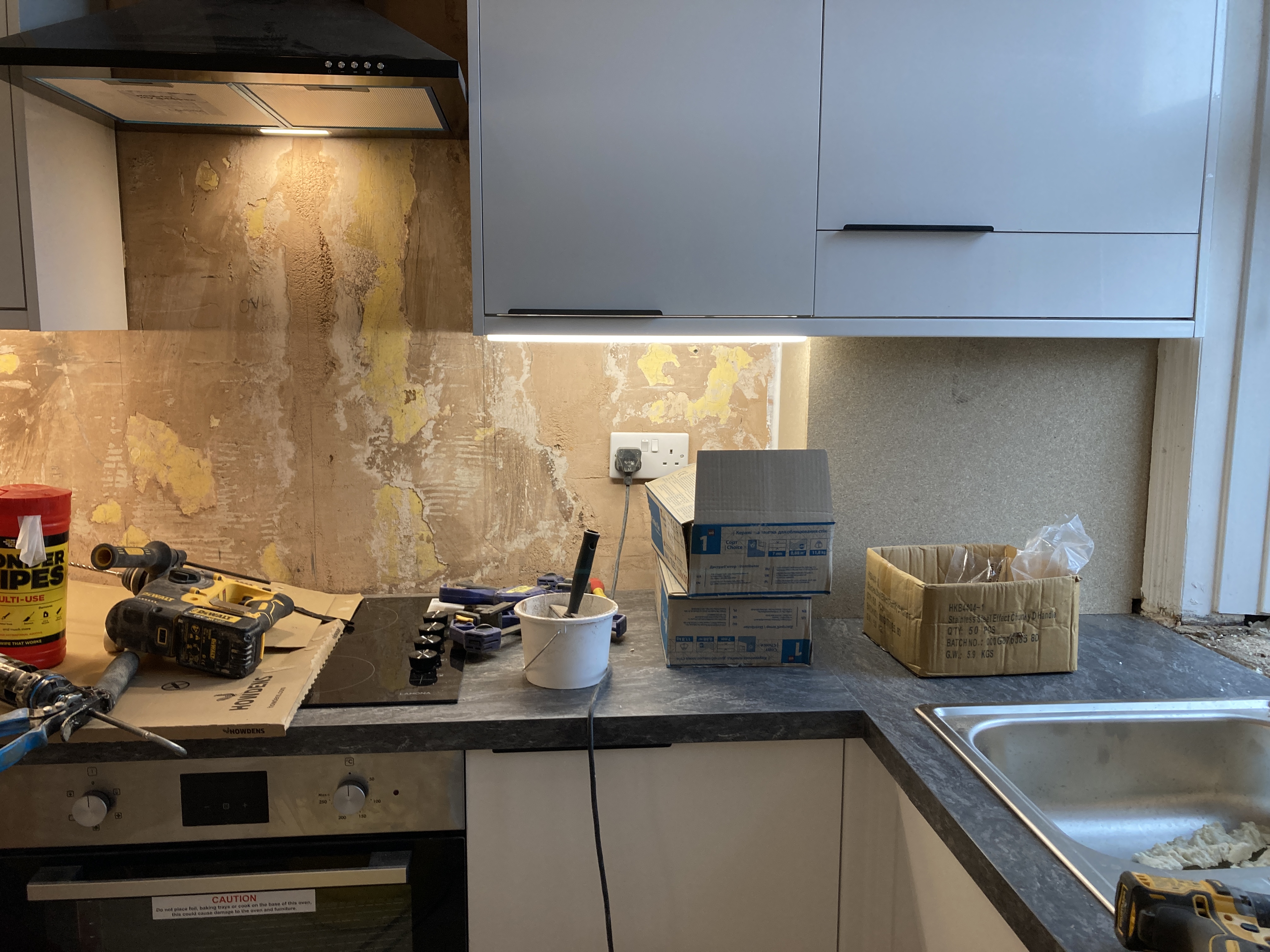 In other exciting news, I got my radiator swapped which was a desperate need. I now have a more modern design which is narrow. Now my kitchen table actually fits centrally to the room!