Ladies and gentlemen, it’s the one you’ve all been waiting for – Snatch Game is finally here! The episode of episodes and a fan favourite for all where the queens battle it out with their best celebrity impersonations.

But before we get into it, there’s some unresolved beef in the werkroom to address. Silky is still bitter that Yvie called her talentless, which I do get, but it’s obvious Silky straight up hates Yvie and that bit can’t be ignored. But it was Vanjie and Yvie that blew up on the red couch as they reentered after Ra’Jah’s elimination.

Shit the bed, I know we all love seeing drama on the show but this one is getting tedious now. Yvie (as much as I like her) doesn’t help herself because she goes on the attack for things that I’m sure most of us agree with her for. But equally, Vanjie looks (and sounds) like the sort of person that would carry a knife and Silky just straight up has a vendetta so nobody wins in this situation. By now, I think we’re all (well, I am) just politely waiting for it to pass and have Silky and Vanjie exit the competition. Bring forth Nina, Brooke and Yvie (and maybe Shuga).

In fact, when the queens returned to the werkroom for the next challenge, Silky refused to speak – hooray! However, we all knew that wouldn’t last too long. Anyway, that’s my early episode rambling, on to the mini challenge. This week, Ru asked the queens to get their best author drag on to present a book inspired by their lives for a photo shoot. It was a pretty standard mini-challenge, nothing to write home about really and honestly I can’t even remember who won. Some of the queens did well, Silky’s was kind of funny (even if it was loudly delivered), Brooke did a good job and Plastique made me laugh. In fact, I thought Nina’s was pretty funny too.

One treat was that we got to see Morgan McMichaels make a brief appearance and, of course, do her fake and weird ping pong trick (a homage to Priscilla Queen of the Desert). What could it mean?! Are they going on a cruise? Will their impressions be nautical themed? No… they glued two life rings to the front of the panel and wrote S.S. Sick’ning on it – that was literally all they did. Oh.. and RuPaul wore a sailors hat. 🤷🏻‍♂️

But before we get to the Snatch Game, Ru gave the queens another little gift in the form of a past queen – Jinkx Monsoon has returned! Not only did Jinkx win Season 5, but she also slayed Snatch Game on her season as Little Edie. I adore Jinkx Monsoon and she has forever been one of my favourite Ru girls. In fact, Jinkx Monsoon was possibly my favourite queen I saw live on tour. After her pep talk with the queens, it was time for the moment we’ve all been waiting for – Snatch Game (at Sea).

The Snatch Game at Sea

So here we are, Snatch Game time, the moment we’ve all been waiting for and… it was kinda disappointing.

I mean, there wasn’t a single joke that made me howl, belly laugh or even really snigger. It was pretty lacklustre when you compare to Sharon’s Michelle Visage, Alaska’s Mae West, Dela’s Maggie Smith or Pandora’s Carol Channing. Overall, I thought it was quite a weak Snatch Game but I’ll quickly go over each queen and what I thought of their impersonations.

Sure she had some funny moments, but Silky basically played herself and her wigs were gross. The whole point of the Snatch Game is doing the best and funniest celebrity impressions. For that reason, I feel like Silky failed. Nina gave us not one but two celebrity impersonations. I have to say, I don’t like it when queens do more than one as you can’t give your character enough development, however, I do think Nina did good with both impressions and I felt her Harvey was the winning Snatch Game performance. I mean, it’s the same Asian accent we’ve seen in nearly every challenge on the show so far so I wasn’t particularly thrilled. None of her jokes was particularly memorable either.

The look was right, the voice was… not, the jokes didn’t land and Yvie managed to take out all the fun from Snatch Game. I was very disappointed with her performance this week. 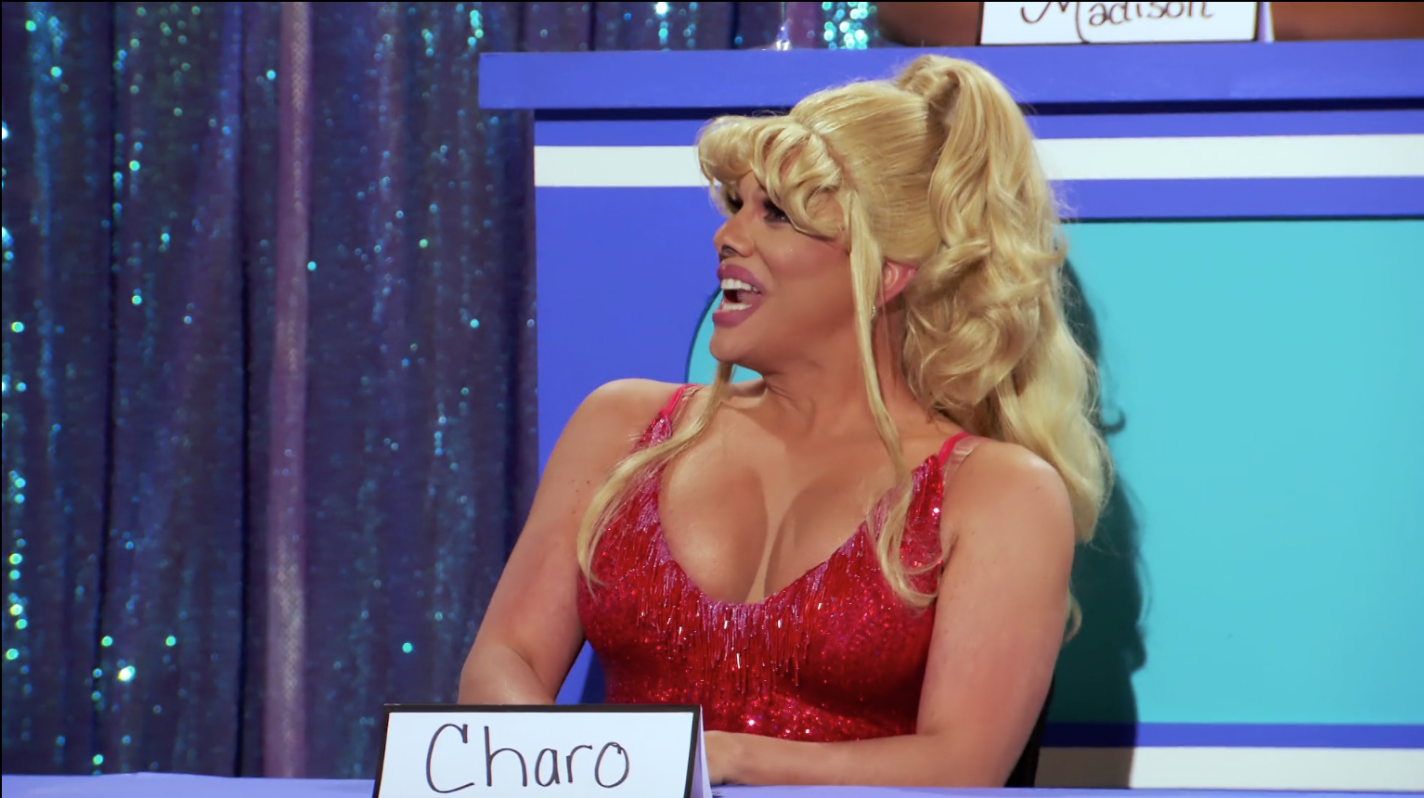 It wasn’t the most exciting performance but I think Shuga did a good job, the impression was right, the look was spot on and she had some funny jokes. 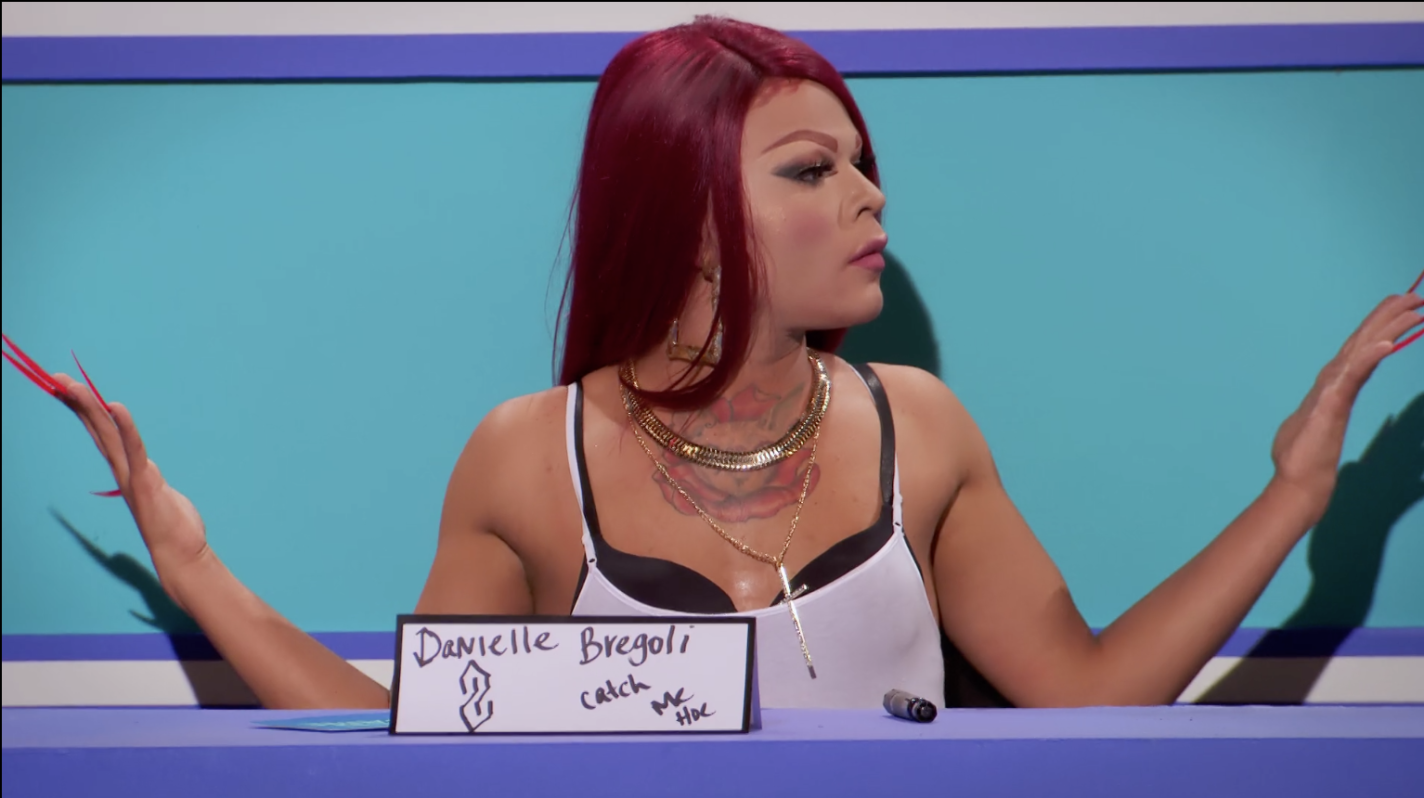 Like Silky, Vanjie played herself and I thought it was utter shite. She started out doing some weird squeaky voice before she reverted back to doing her own accent and basically playing ‘Vanjie’ like she has done in every challenge so far. She could have done loads with this character but it just fell flat. A’Keria didn’t really give me anything. Tiffany is known for her larger-than-life personality and I don’t think A’Keria matched that, especially when you compare it to how Monique Heart played it in All Stars 4. I mean… what was this all about! A celebrity impersonator Brooke is not. Not only that, but she couldn’t even do a Canadian accent… and she’s from Canada! The jokes were a miss the impression was dire and my word was it awkward.

Category is: Sequins – Toot or Boot

This week the queens had to rock some sequins on the runway, but first – I need to talk about Ru’s outfit this week. Why? Because it was an absolute toot!

Instead of wearing one of the generic Zaldy dresses he usually wears, Ru opted to wear on of old pieces from the archives and honestly, it was perfection! We saw Ru’s legs, a sexy shape and a fun design – this is my favourite outfit RuPaul has worn this season so far. I don’t love this. I think A’Keria has worn much better things. The tail was a fun idea but I didn’t like the shoulder details that went with it. This one is frustrating because it’s not an awful outfit, but Christ on a bike have we seen a lot of leotards. I’m sorry, but I can’t deal with that anymore.

I’ve said it before and I’ll say it again – Nina West knows how to do camp and I live for it! This revolutionary wonder is a lush outfit, the jacket and tricorn hat look great and the white wig ties it all together – bravo Nina. The body was right, the outfit was simple but Brooke sold it on the runway! But the bit that made this look a real toot had to be the reveal as she entered the stage. From a cape and an afro to this gorgeous bodysuit and long blonde weave. That is how you sell a garment! I liked the boots, but I wasn’t crazy about the outfit. It felt there were too many eras in one look and that threw me off… but I’ll never say no to an exposed butt cheek. I mean… it’s just another pageant gown – and not a particularly exciting one. I like the colour though. I don’t think this is a terrible outfit, but it seemed like a lesser version to one that Brooke wore in the zodiac challenge. Also, the shoes did not aid the outfit in any way. Silky won this weeks challenge and yes she was funny but she played herself. I don’t think she actually did a good snatch game because she didn’t play anybody different. Personally, I think Nina was robbed this week for her very accurate Harvey Fierstein – hey ho, that’s life I guess. Ru has a love for Silky so I feel like she’s going to skirt through to the finale (most likely with Vanjie who also has been underwhelming in my eyes). Brooke and Yvie were in the bottom this week which wasn’t too surprising although Vanjie absolutely should have been for her shit snatch game and the fact she wore a swimsuit once again! Why is Ru protecting her?! We’re over it.

Holy shit! That was a battle and a half. I know why Ru didn’t put Vanjie in the lip sync: 1) he wants her in the final because she’s a meme, 2) he knew Brooke vs Yvie would be a great performance and 3) because he loves getting the gays mad by excusing her shitty swimsuits every week. 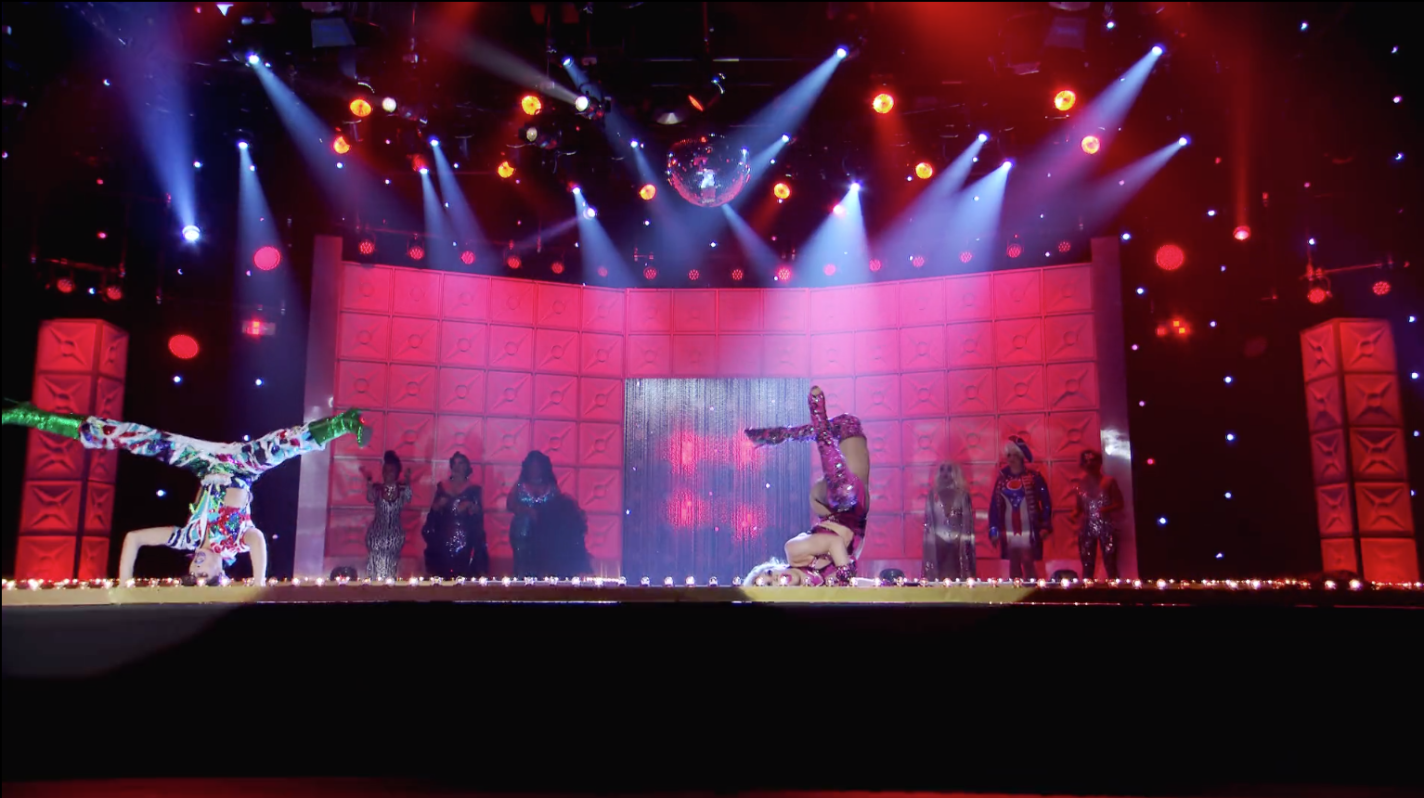 However, I wasn’t too mad because Brooke and Yvie slayed this lipsync and both of them (rightly) stayed in the competition. They were both flipping and twisting, nailing the lyrics and giving us all life.

Even Ru managed to crack a convincing smile during the lipsync. We can’t say that often, but he knew his ratings would be boosted after this little number. After the lipsync of the century, neither Yvie nor Brooke went home and so there are 8 queens remaining in the competition.

This week, I gained a measly 1 point which took my total to 52 points and Tom got 10 points which brings him to 46 points. Vanjie remains on 9 points.