Long live our gracious Queen(s)! The time has come for us to finally meet the pioneering queens who will be taking part on the very first season of RuPaul’s Drag Race UK – and my word has it been a long wait for us to finally get a British season! Not only are we meeting the queens, but we also have a start date! But let’s not fanny about, let’s meet the queens! 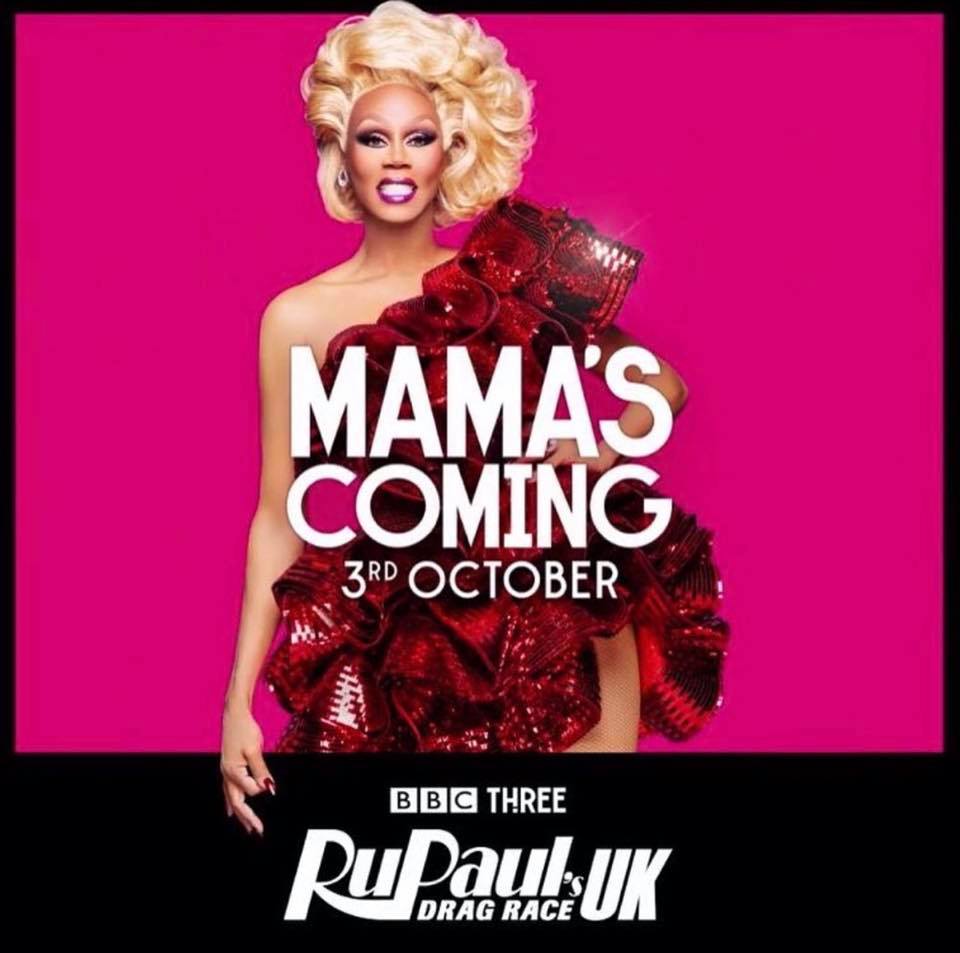 That’s right, October 3rd (also known as Mean Girls day) is the start of the first-ever UK season. We don’t have too long to wait now! So let’s delve straight into the Meet The Queens video!

It’s definitely going to be a fun one. They’ve definitely picked a varied bunch of the UK’s finest. So anyway, here are my opinions on the queens based on their VT and their attire.

Outfit: Toot – Don’t get me wrong, the outfit is repulsive and reminds me of a fancy dress costume but that’s what makes me love it. It’s tacky, it’s camp and it’s quintessentially Baga. The headpiece is fun, the wig is rough and the tights are questionable – you’re a winner baby. 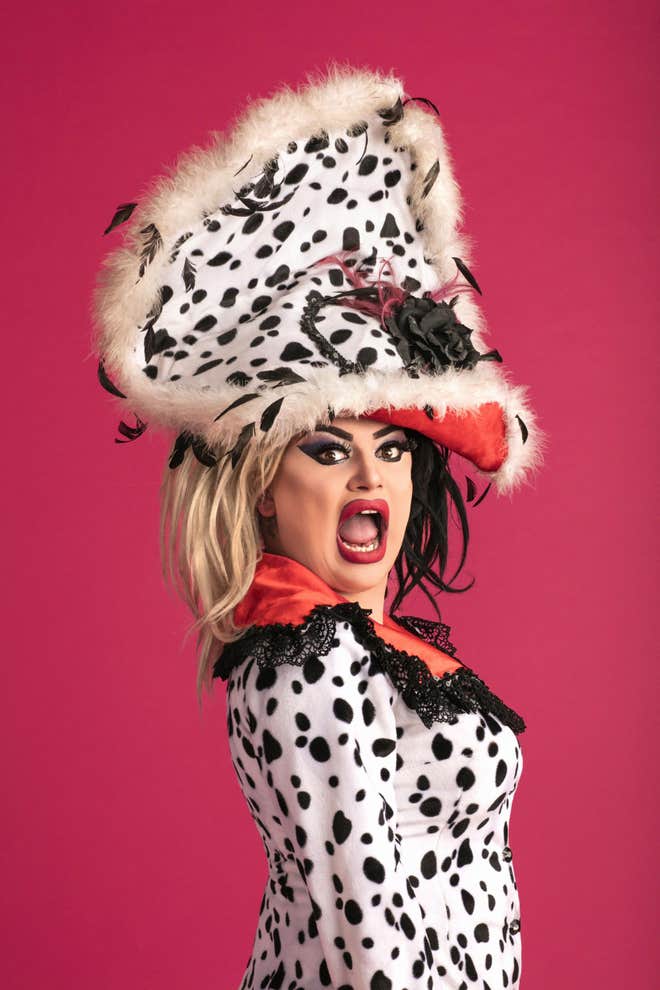 Opinion: I’ve been a big fan of Baga Chipz for quite some time now and Baga had the funniest video by far. She was brutish, crude and vulgar and that’s what the American seasons’ lack. This is the epitome of a good British drag queen. Offensive, trashy and as gay as gay can be. I can’t wait to see Americans struggle to understand what she’s saying. For those wondering who or what a Jimmy Krankie is, allow me to explain; Jimmy Krankie was a fictional character of a naughty schoolboy played by an old Scottish woman. In slang, Jimmy Krankie refers to masturbation (Krank and Wank rhyme). And I hope we see more of her Deidre Barlow impression. 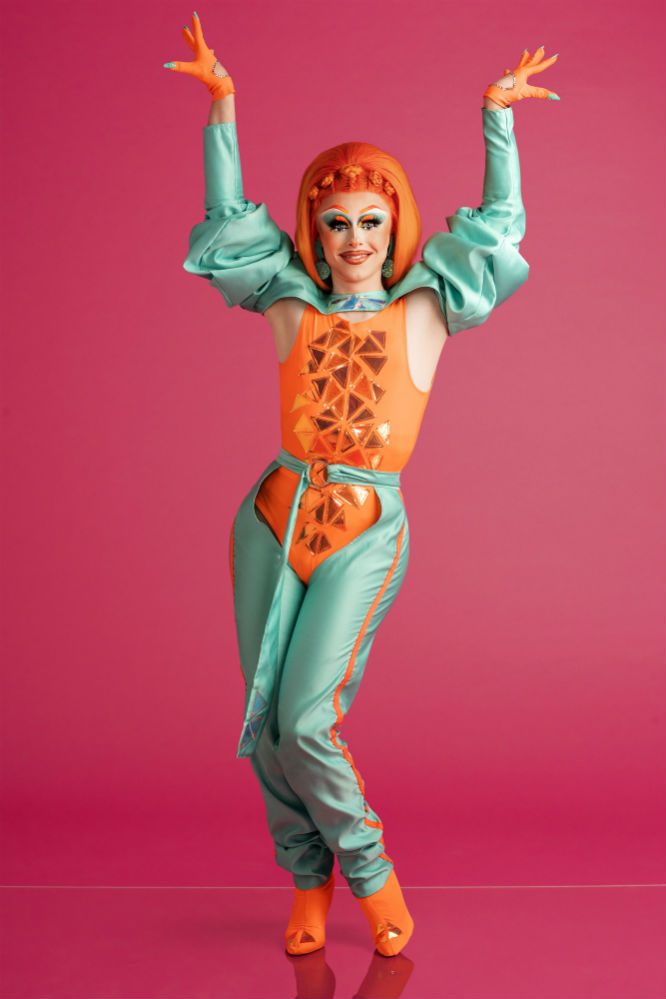 Outfit: Boot – It’s not bad and the colours are nice, but I’ve seen this leotard with chaps on quite a few different queens now so it’s not that original for me. I wish the belt went off to the side rather than hanging down the middle. However, her makeup and wig is stunning and it matches the outfit beautifully. 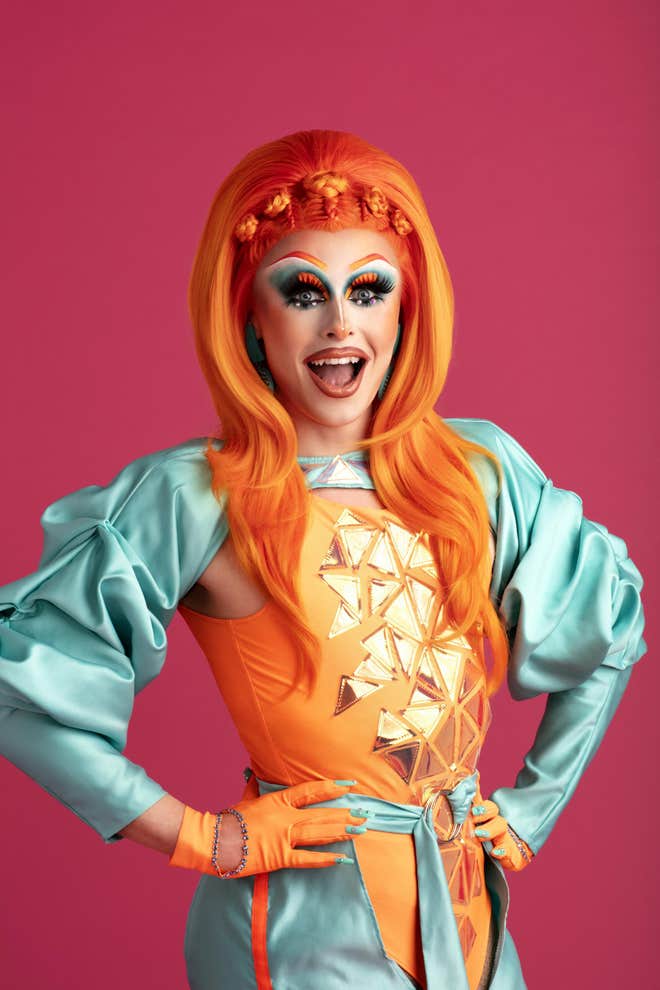 Opinion: She seems really nice, I feel like she could bring some interesting things to the competition but we will have to see. 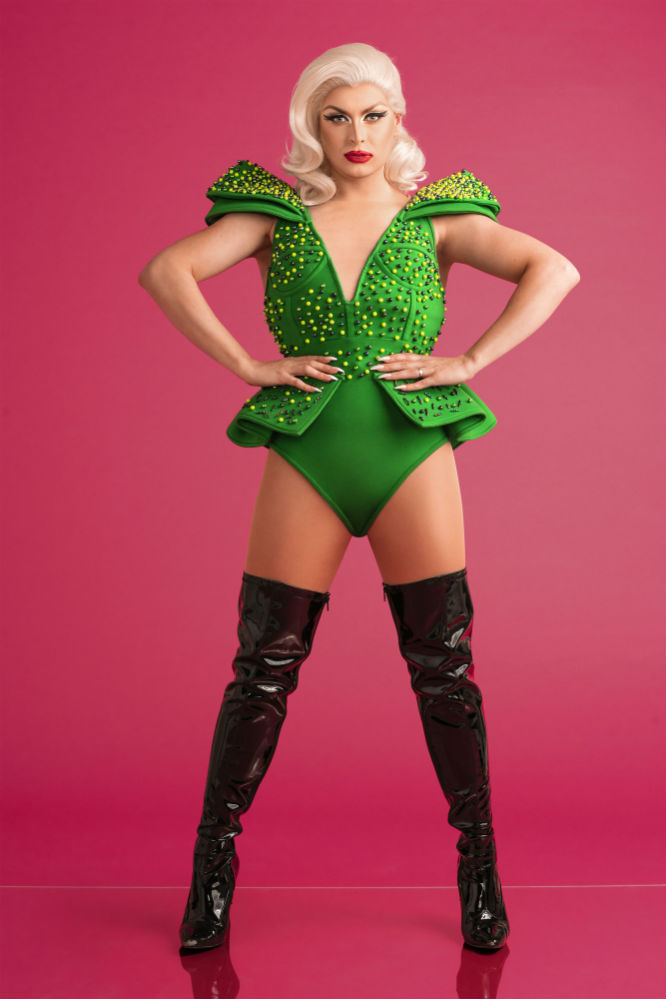 Outfit: Boot – I’ve met Cheryl before and see her do quite a few bits on TV and I’m pretty sure she always wears this outfit or something rather similar. She doesn’t look bad, in fact, she looks rather polished but it doesn’t excite me. 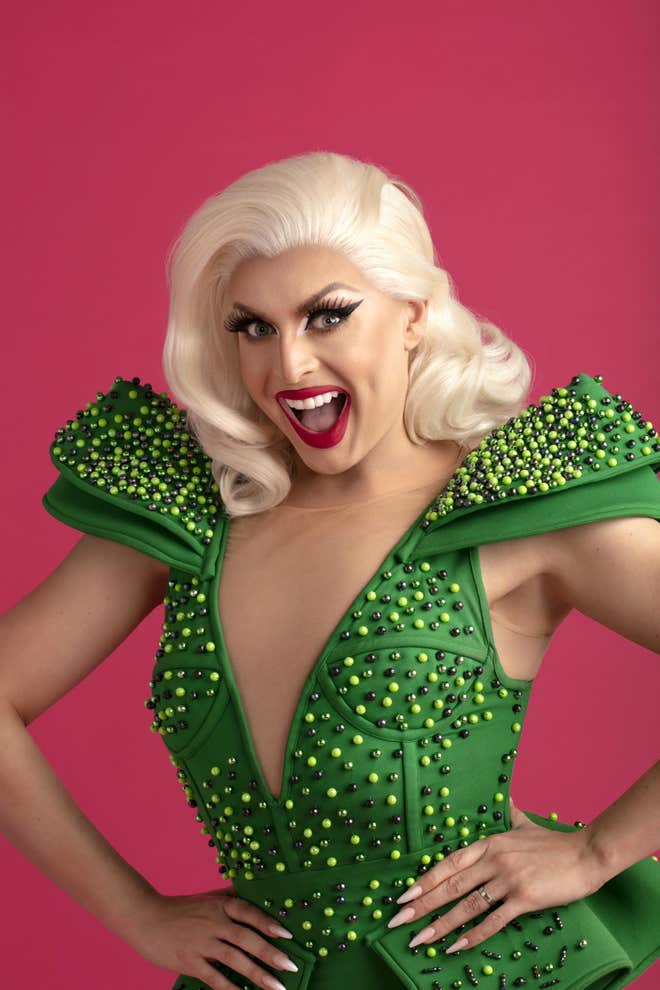 Opinion: I know this queen can deliver a lipsync so I’ll be excited about what she can do on the show in the other challenges, either way, if she lands in the bottom, the other queens are going to have some tough competition to survive. 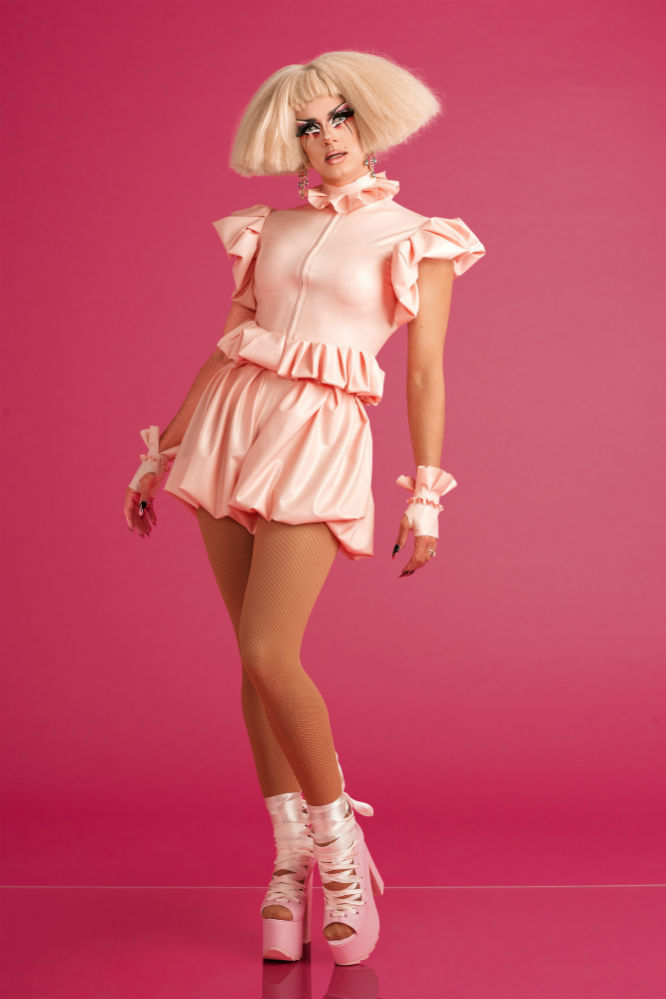 Outfit: Toot – I quite like this little latex number, it’s feminine, fashion-forward and fun. The colours and shapes remind me of a club kid ballerina with a little Victorian/fetish twist. 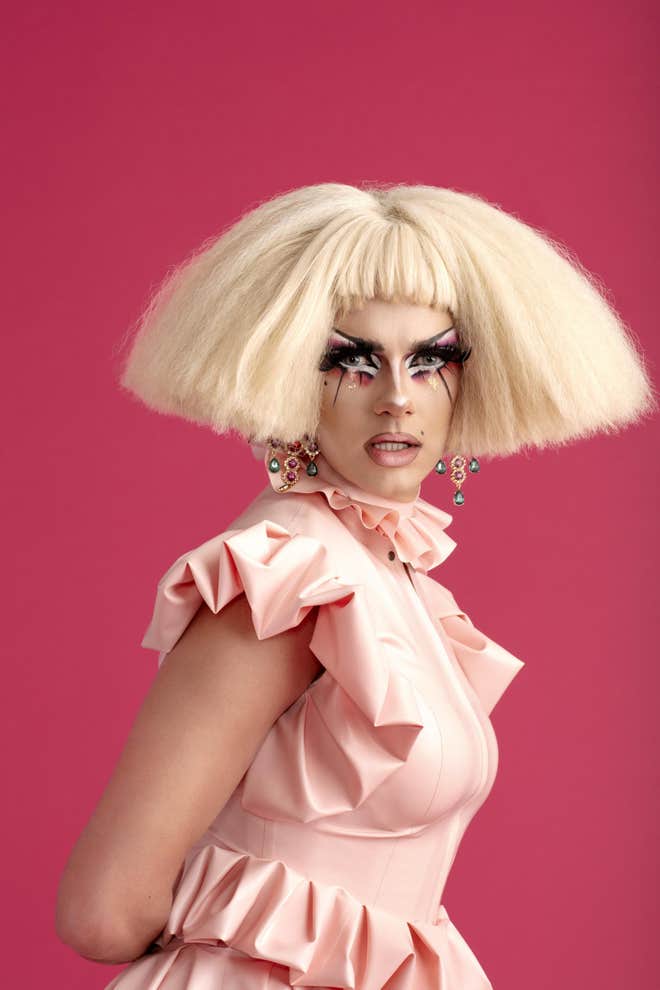 Opinion: It wasn’t the most thrilling interview, but I’m intrigued by her circus background. That could certainly come in handy for some challenges on the show.  *FUN FACT* Crystal is better known to most as ‘Crystal Beth‘ but I think the show didn’t want to promote drug use – gone are the days where a name like ‘Sharon Needles’ can be made acceptable. 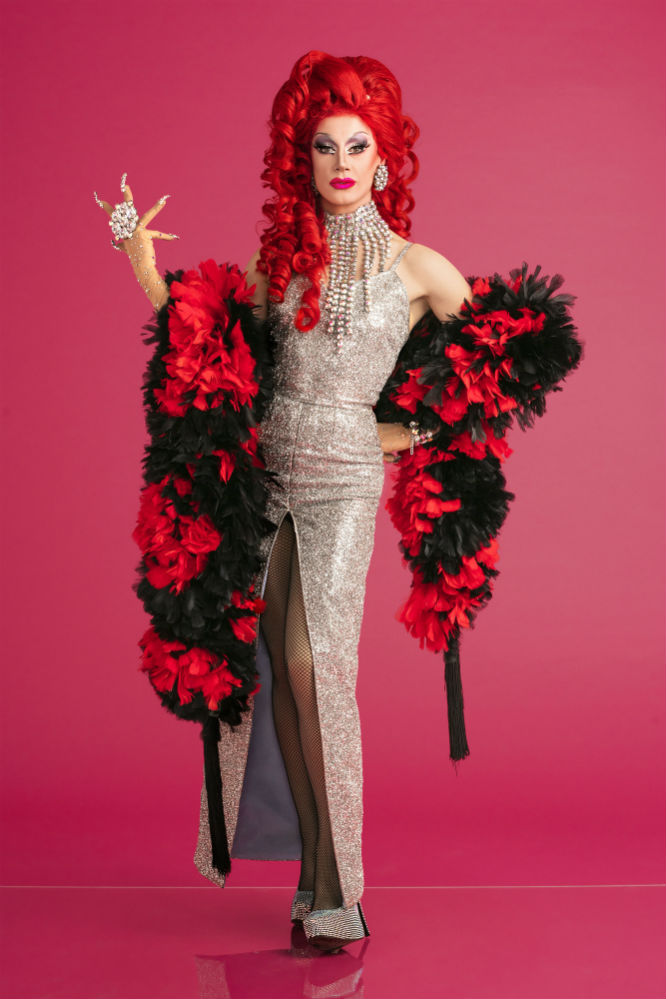 Outfit: Toot – I’ve loved Divina for many a year now and she is the epitome of a camp queen and her outfit says that right from the start. The sequinned gown, feather boa and postbox red wig is a staple of Divina’s personality and it’s one that I’m totally on board with. Prepare to see a lot of red wigs, she’s like Max, but sassy and camp. 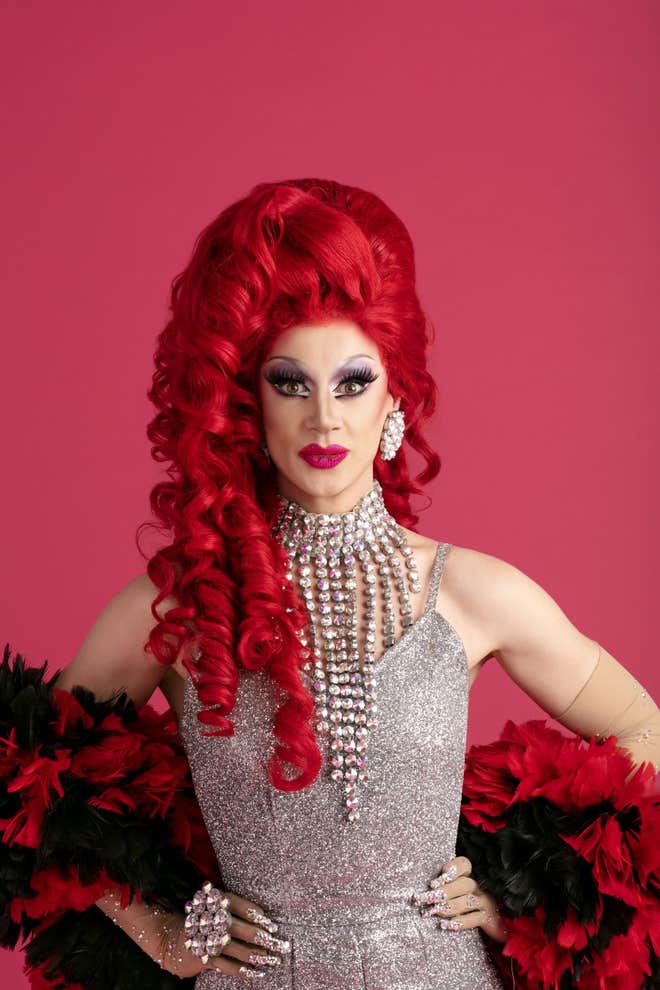 Opinion: I love a camp queen and Divina is the perfect introduction for Americans into the world of UK drag. Divina has a great operatic singing voice and an even greater sense of humour so good things are going to come her way on this show! I’ve had the pleasure of seeing her live a few times and she’s nothing short of hilarious and entertaining – she’s going to be some fierce competition. 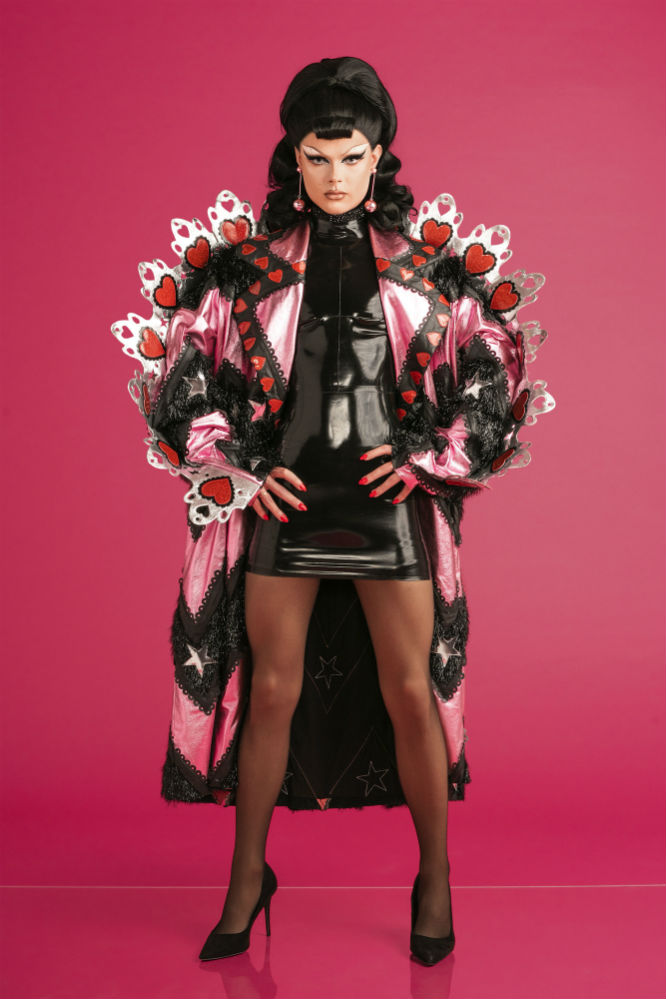 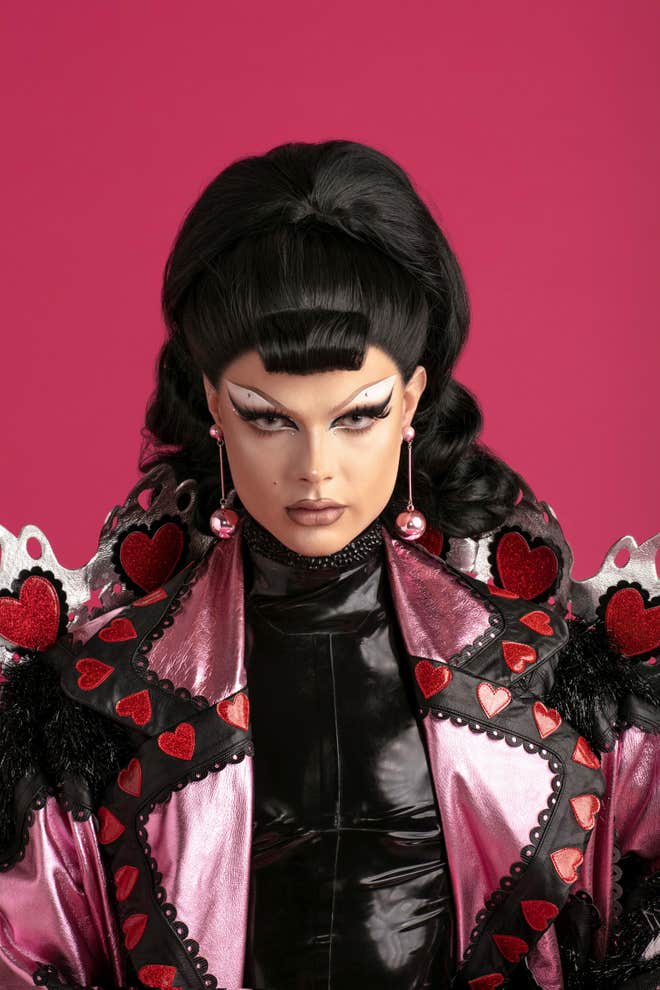 Opinion: Gothy knows how to serve up some fresh and innovative looks, however, she professes to be a DJ more than an actor or dancer so this may very well hinder in the competition. Either way, I’m excited to see my good gal Gothy on the show! 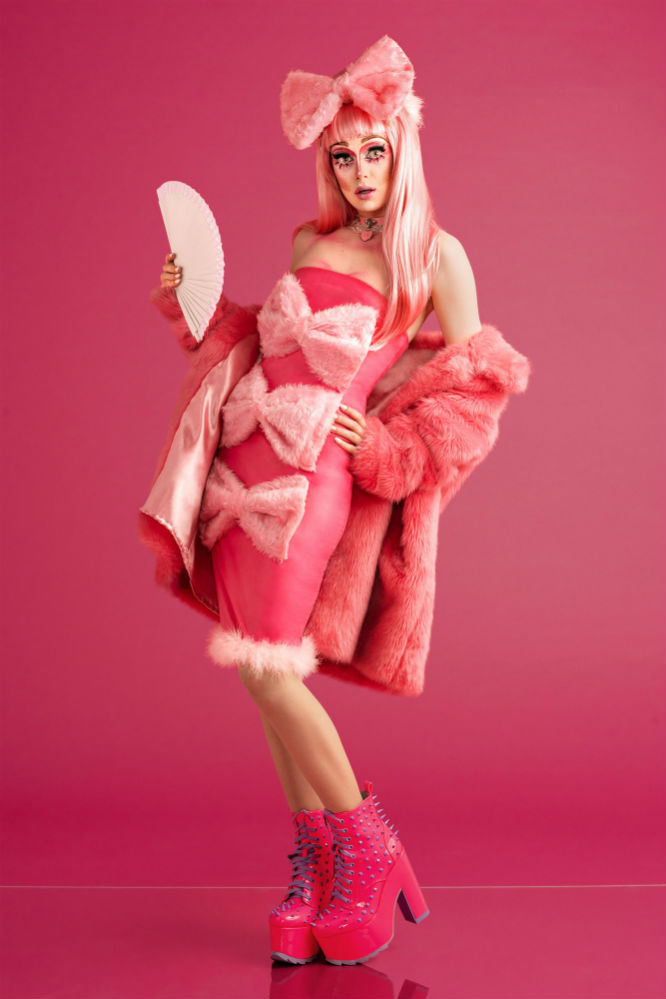 Outfit: Boot – I have to be honest, I’m not crazy about this outfit. The fur coat, the dress with the big bows, the boots that didn’t match colour-wise. It all just felt a little bit ‘meh’ to me. 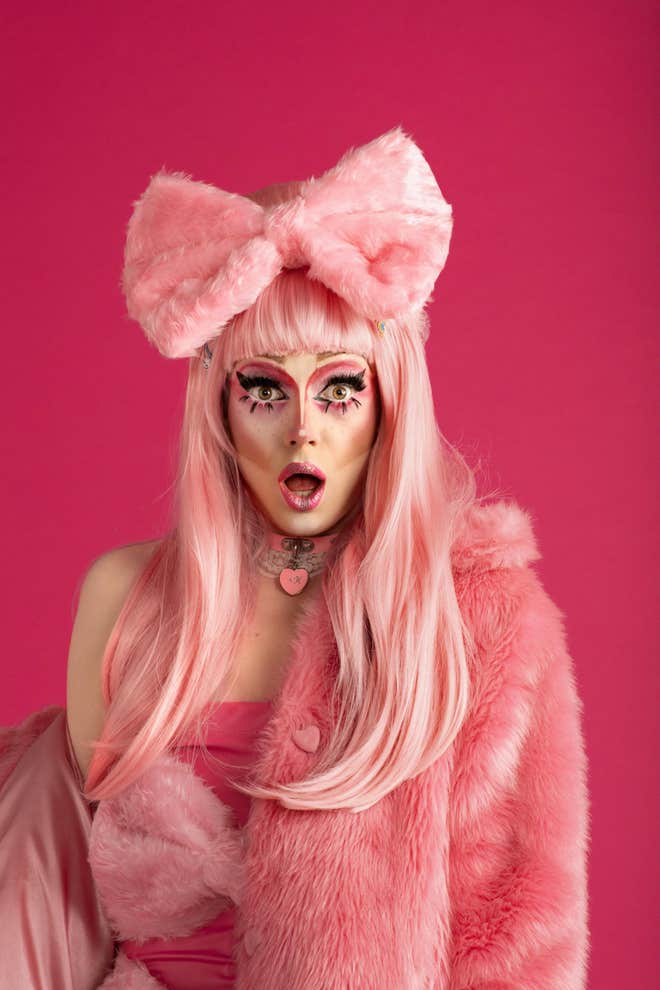 Opinion: Though her outfit didn’t wow me, I actually quite like her vibe. She came across as a bit of a cocky queen, but then again, so did Violet Chachki. She’s got youth on her side which could either be an adventure with fresh ideas and current trends or a hindrance with inexperience and naivety. 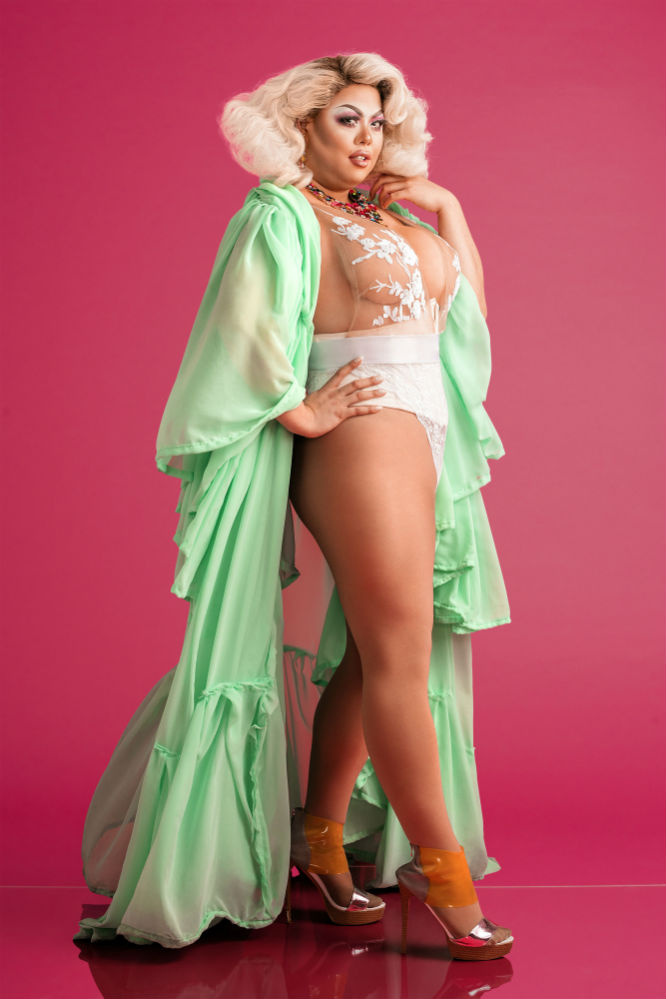 Outfit: Boot – I’ve got to be honest, this outfit didn’t impress me. I’ve seen a lot of boudoir style attire on drag queens and this wasn’t the one. The mint green was a pleasant change but other than that, it was a bit of a miss for me. 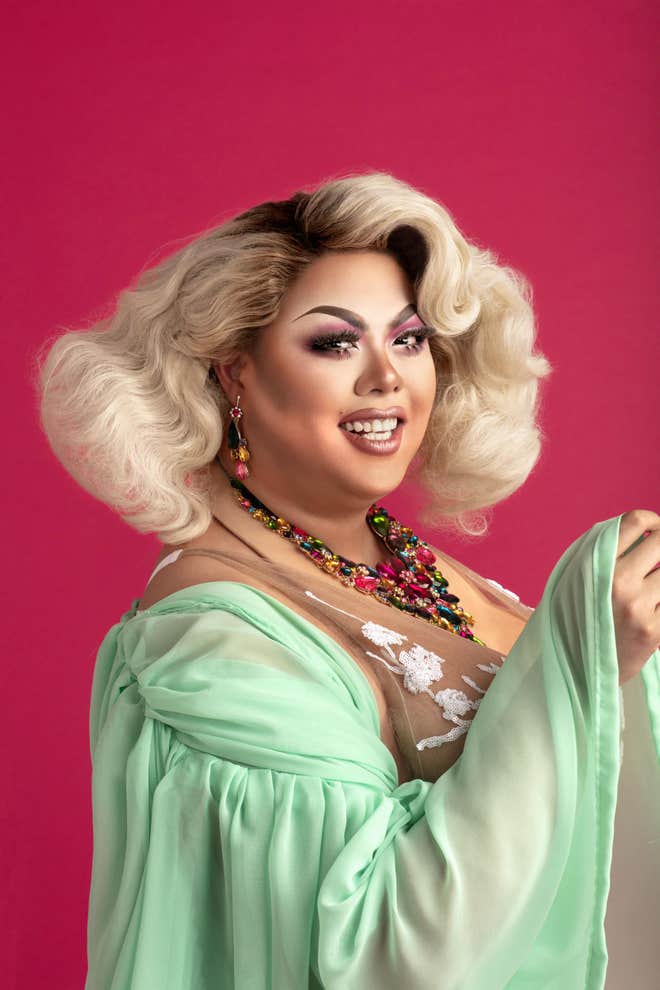 Opinion: I know this queen can perform to a crowd so let’s hope she has the goods to deliver her talents to television. 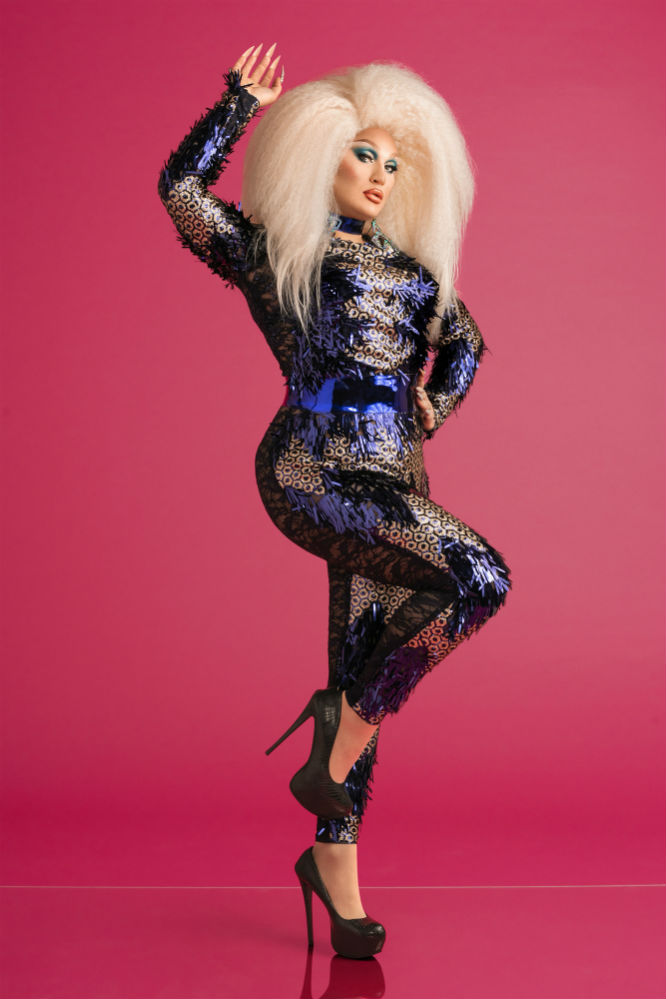 Outfit: Boot – Although the makeup and wig are ON POINT, the shoes are pretty dull and the jumpsuit doesn’t excite me enough. 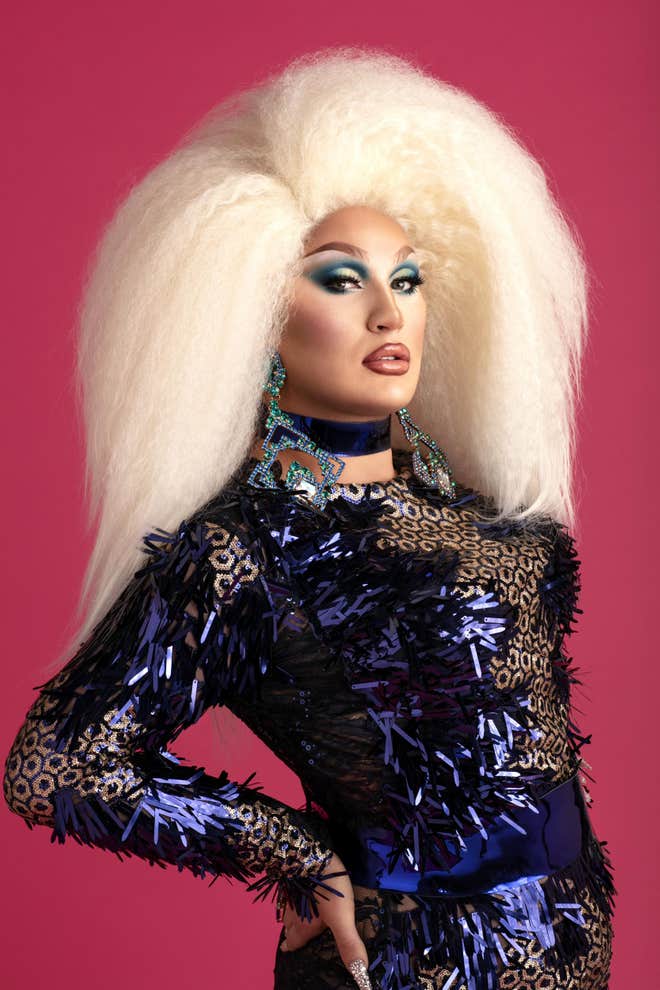 Opinion: Her Kim Woodburn impression had me in stitches. (For my American readers, Kim Woodburn is a sassy posh cleaner and The Vivienne captured her anger, drama and accent perfectly. This wasn’t an impression, this was a spiritual channelling like when Adore did Anna Nicole Smith. 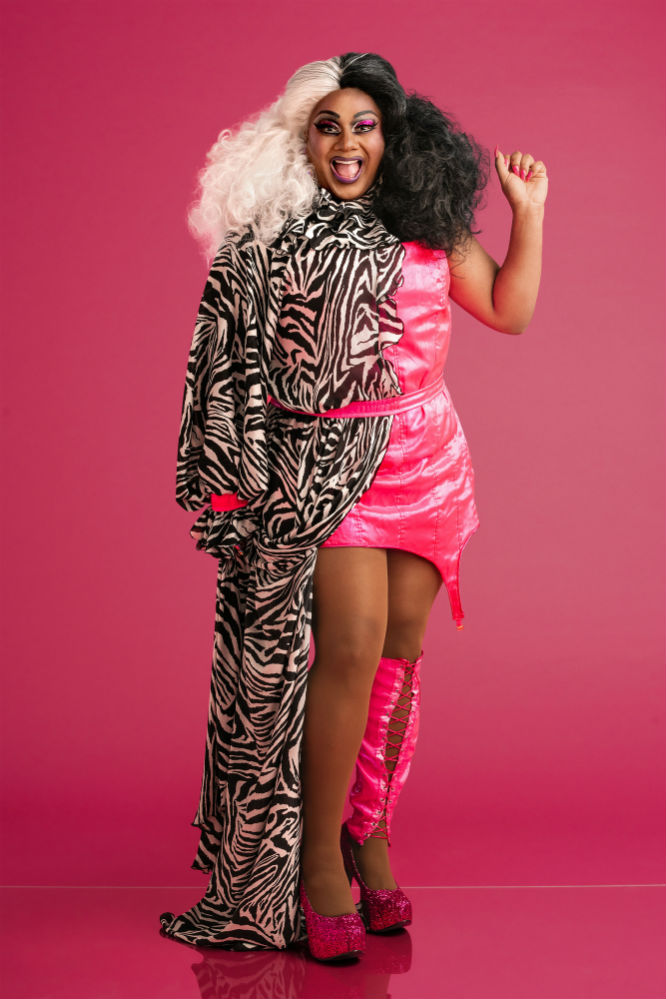 Outfit: Boot – I love me some camp, but this didn’t quite hit the spot. This looks like one of those Season 2 ‘Curtains’ challenges but in a non-beige fabric. I like the bright pink as it helped her stand out a little bit and the corset on her thigh was amusing but other than that, it was a miss for me. 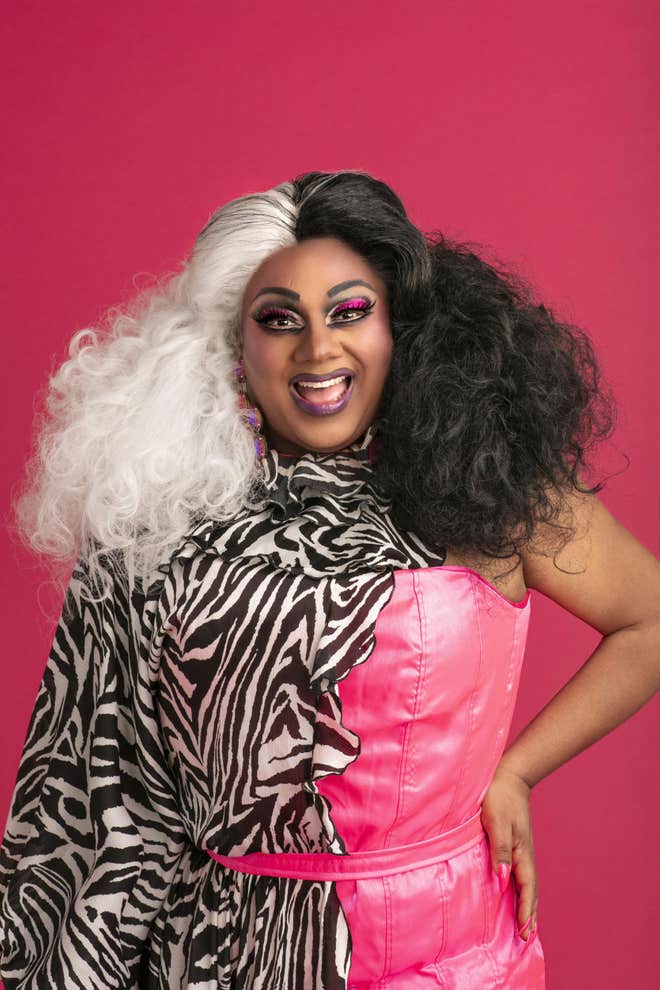 Opinion: I think she could have some sass. Other than that, I don’t feel like I’ve learnt enough about her yet. 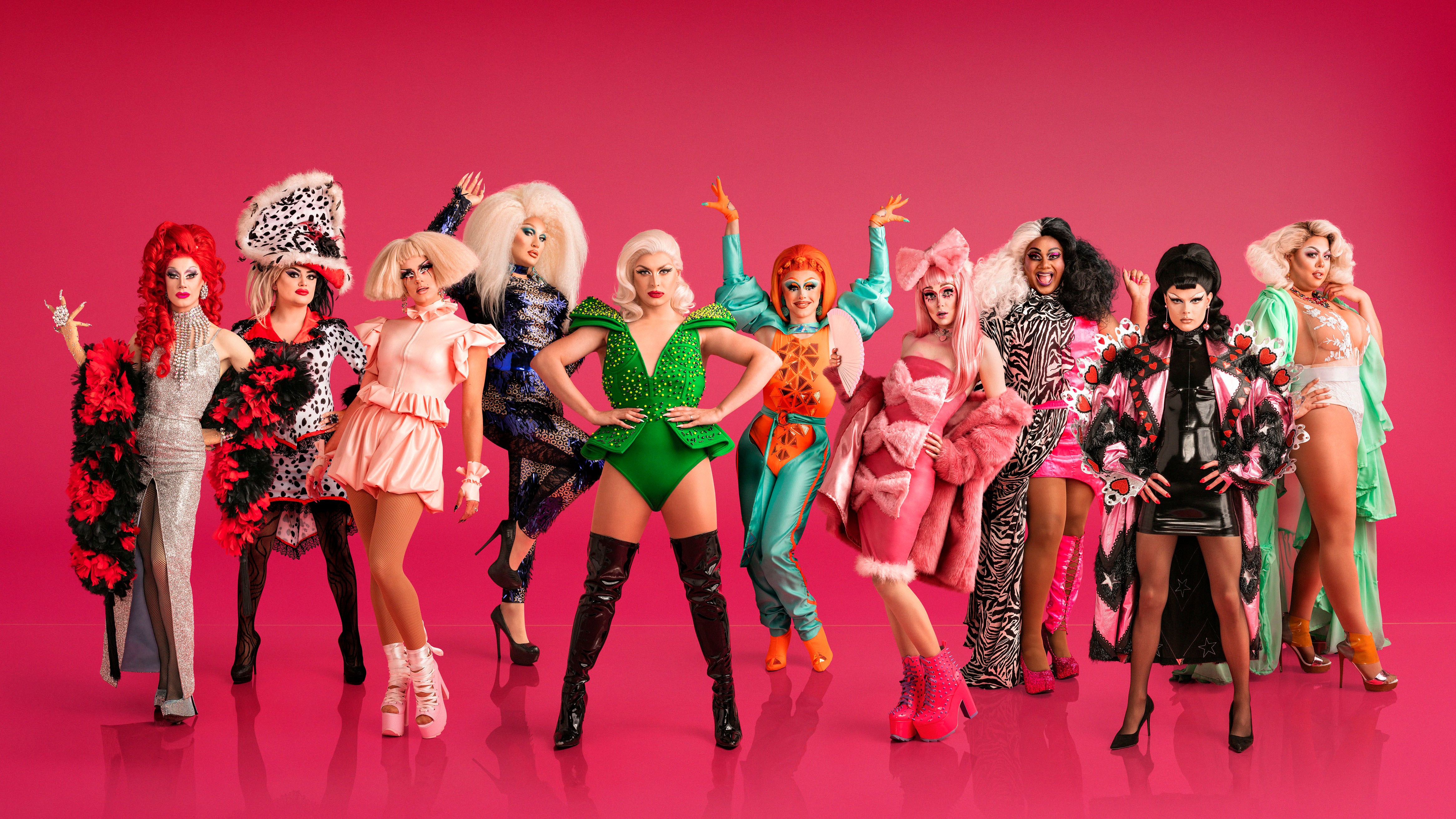 The most stressful part of any Drag Race competition for Tom and I is figuring out which queens we’ll pick for our fantasy league. Like every season, we watch the Meet The Queens video and that is it! No research, no finding live performance, we pick solely based on what we’ve seen on screen.

With this being a UK season, we do already have some knowledge of a lot of the queens which definitely aided our decisions.

We sat down and watched them together then flipped a coin to decide who picked first. I won the coin toss and so I first dibs. Stupidly, Tom told me how he thought The Vivienne was going to be a really strong contender – error – she’s now my first pick.

Anyway, after my rather shady tactical move, the rest of the pics went as follows:

And those are our teams, I have gone with the Blue Team and Tom has the Red Team. Let’s see how this pans out during the competition. 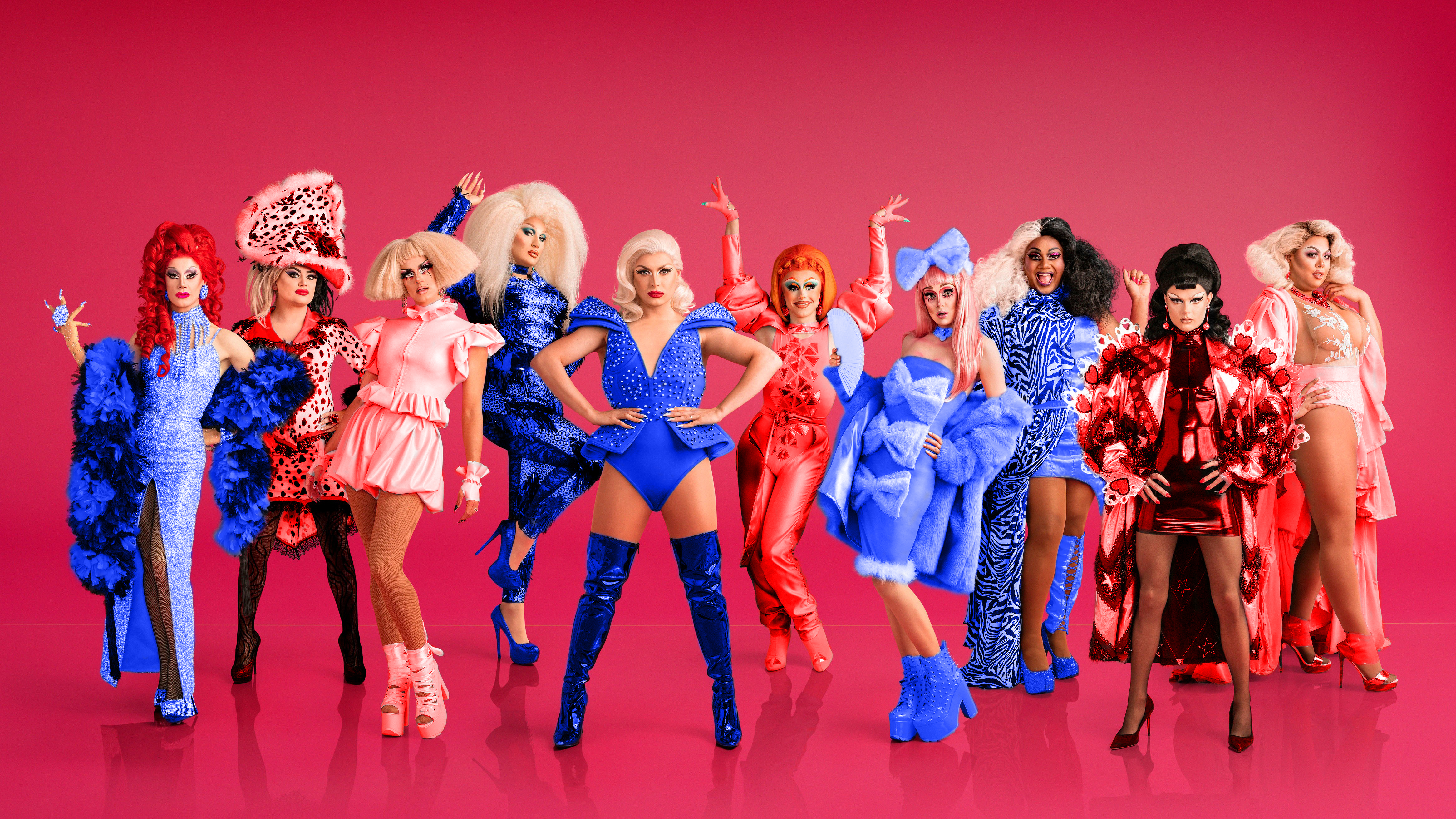 I don’t know about you, but I’m so hyped for this season! The show has picked a great bunch of queens for the first season of RuPaul’s Drag Race UK and they’ll definitely set the tone for (hopefully) more future seasons. You wanted to meet the queens and know I want the show to start. God bless the UK!