On Friday it was another trip to Leeds Playhouse’s Pop-Up theatre for the Press Night of Dinner 18:55. The show was an intergenerational community project where old and young came together to share stories of their lives, their past, their emotions and their thoughts. The show focused on loneliness, struggles, family and togetherness. 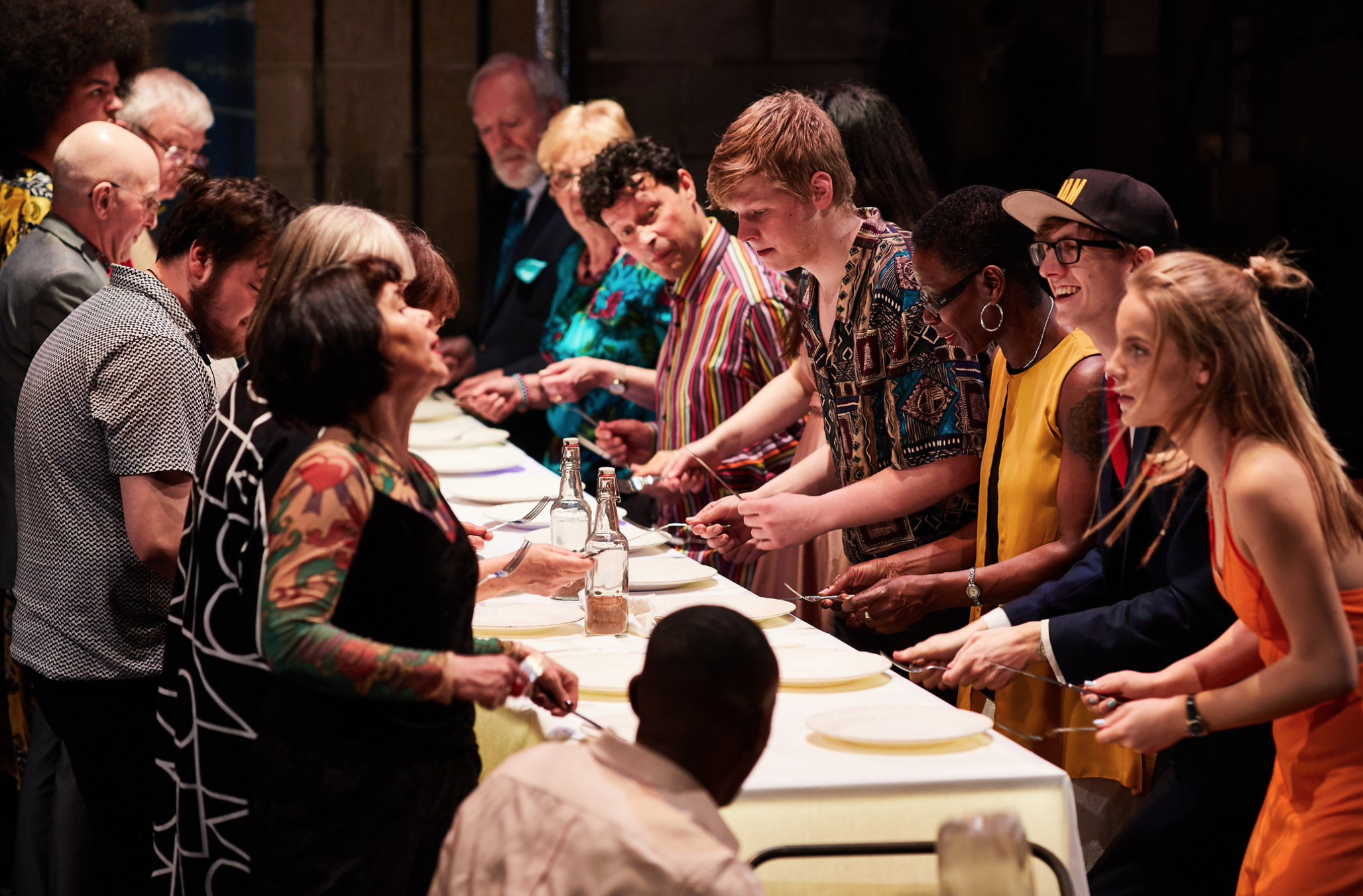 Everybody in the production (a cast of eighteen I believe) was either a Leeds local or resident which made people’s stories feel relatable and more emotive.

However, the show was less of a play and more of an expressive piece, a workshop of quips, stories and ideas. There was no real narrative, just a collection of tales, some told through interpretative dance, some through music, others through monologues and acting. 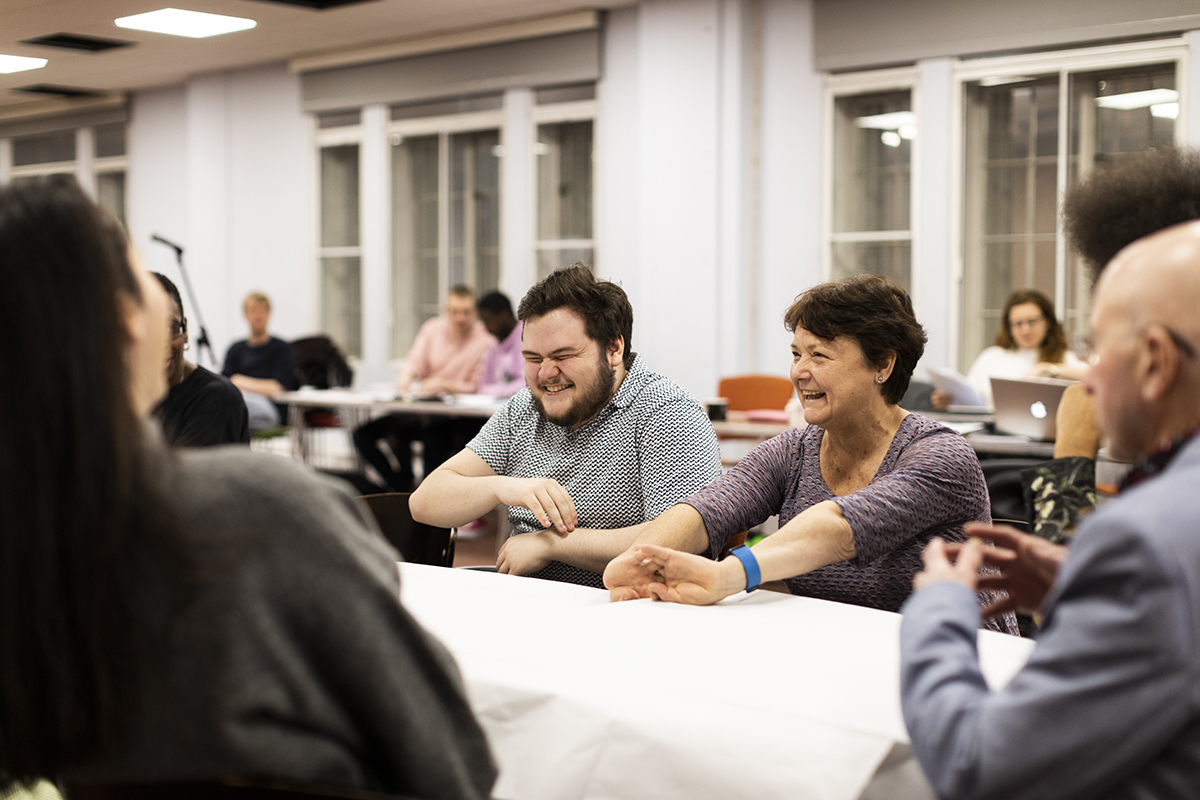 The performance was developed by Leeds Playhouse’s award-winning Creative Engagement department and it showcased 18 community actors across two generations from the Leeds area.

The concept of the show was that these two community groups came together and over dinner and various workshops, they got to know people from other generations. They talked about their lives, shared stories and built friendships. 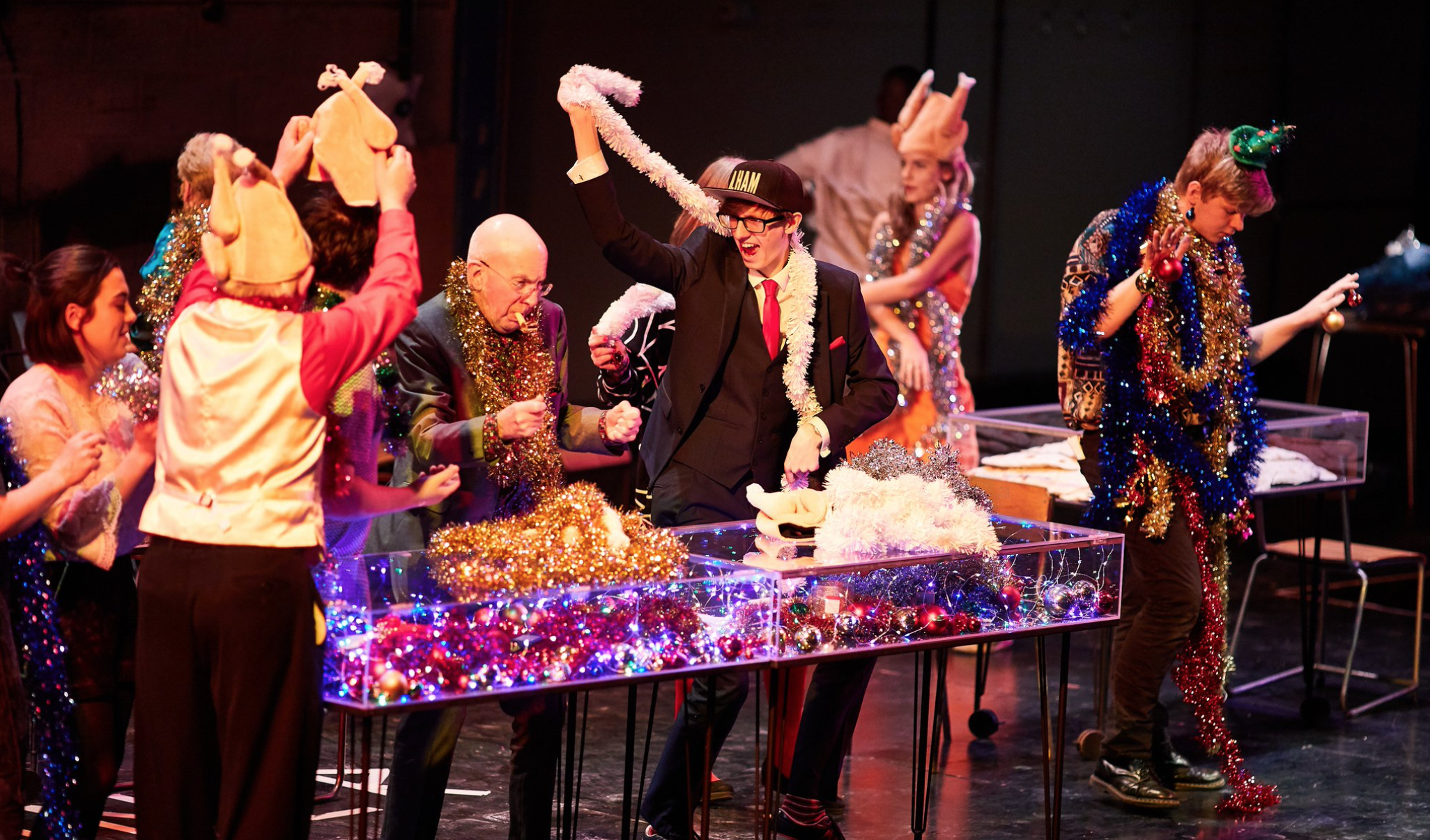 There were a few performers (and their stories) that caught my attention. One of them was an elderly gentleman called Harry who told a story about his mother’s special dish called Hollywood Bowl that was his favourite dish despite his family not enjoying it. Now, with his wife passed and his kids all grown up, he has nobody to share this meal with.

There were a few other great ones, but there was one performer that really caught my attention. Stan Owens delivered an incredibly powerful monologue/poem about the struggles with being ‘different’ and not being accepted by family members. I know plenty of people who’ve had these struggles and it was really poignant. We felt real emotions, shared in his anger and felt empathy – truly a future talent to watch out for!