Here we are, the grand finale! It’s been an odd but good season and now we’ve finally got to this point. Some great queens were eliminated along the way, Manila, Valentina, Latrice (to name a few). 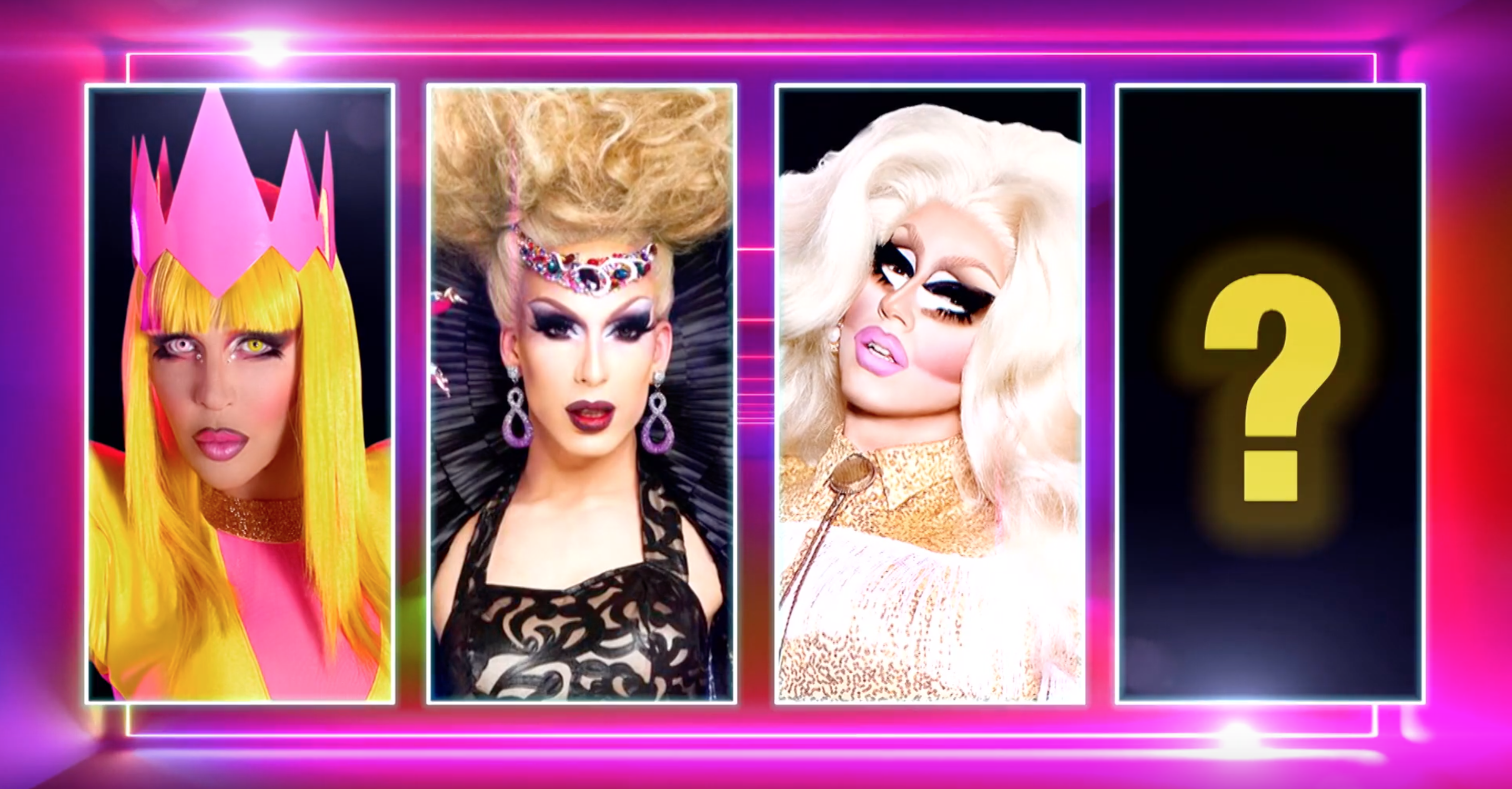 And in the end, our top 4 was Monét X Change, Monique Heart, Naomi Smalls, Trinity The Tuck.

As the queens entered the werkroom, Trinity decided to tell the queens why she chose Latrice. As she’s said from day 1, she would base her decisions on track record. However, she also decided to let Naomi know that Latrice felt she should have been eliminated based on the Sex and the City challenge. 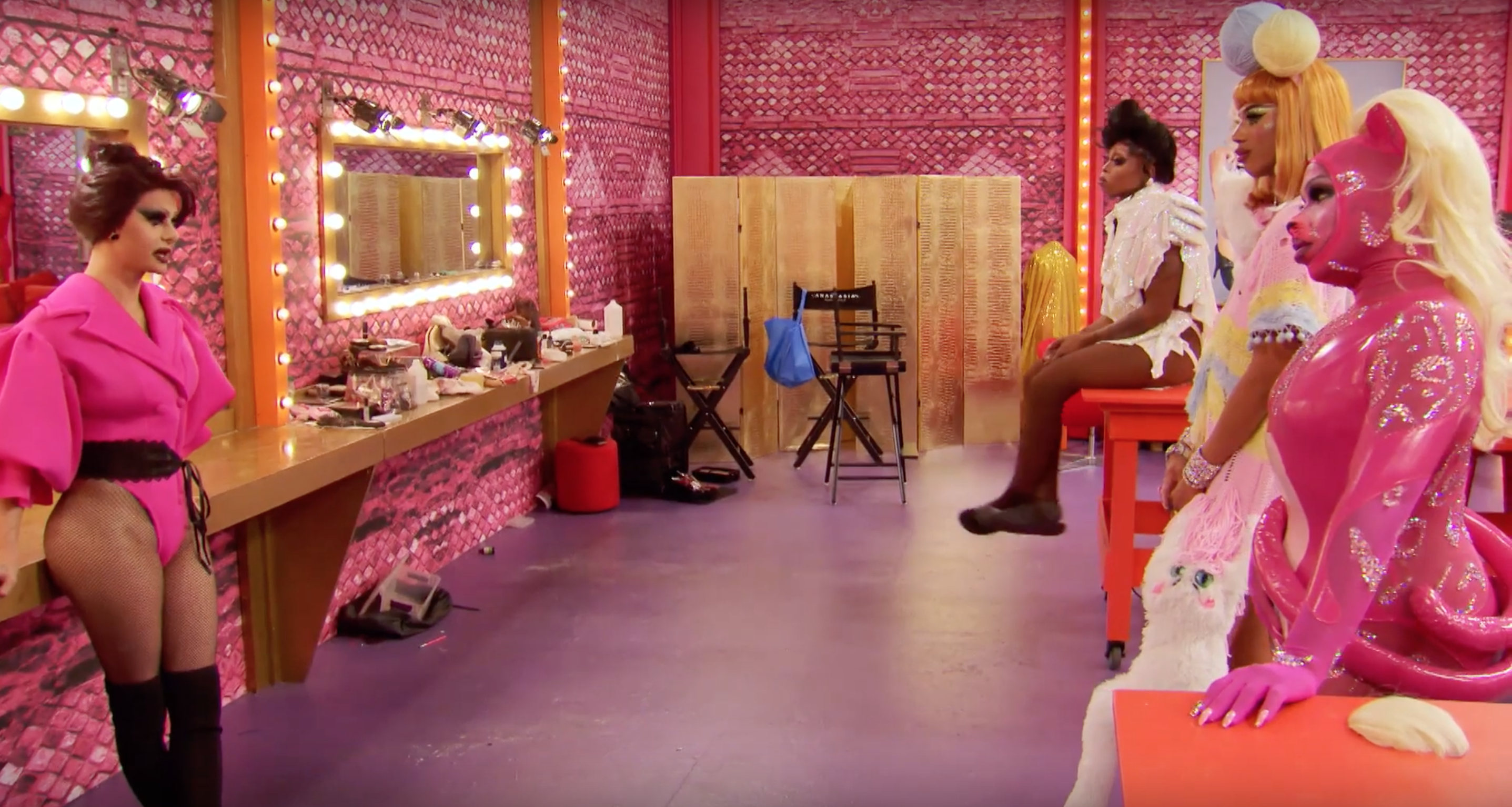 At this point, Trinity is the clear front-runner in the competition based on track record. But as we’ve seen in this competition, anything can happen. Trinity is confident in her performance on the show, but she doesn’t feel like she’s snatched the trophy just yet.

As soon as the queens discuss the elimination, Monét jumps straight in to ask Monique which lipstick she chose. Then shit got very real…

Monique got very awkward and a big speech about how she’d rather not say. This, of course, baffled everyone. Then Monique revealed that she had picked Monét. That is until she showed the room and it was actually Latrice.

Juicy right, I actually howled with laughter at this part. Sadly, the laughter died quite quickly when I realised that the majority of the episode would literally be the queens rehearsing the dance routine for the Super Queens music video. 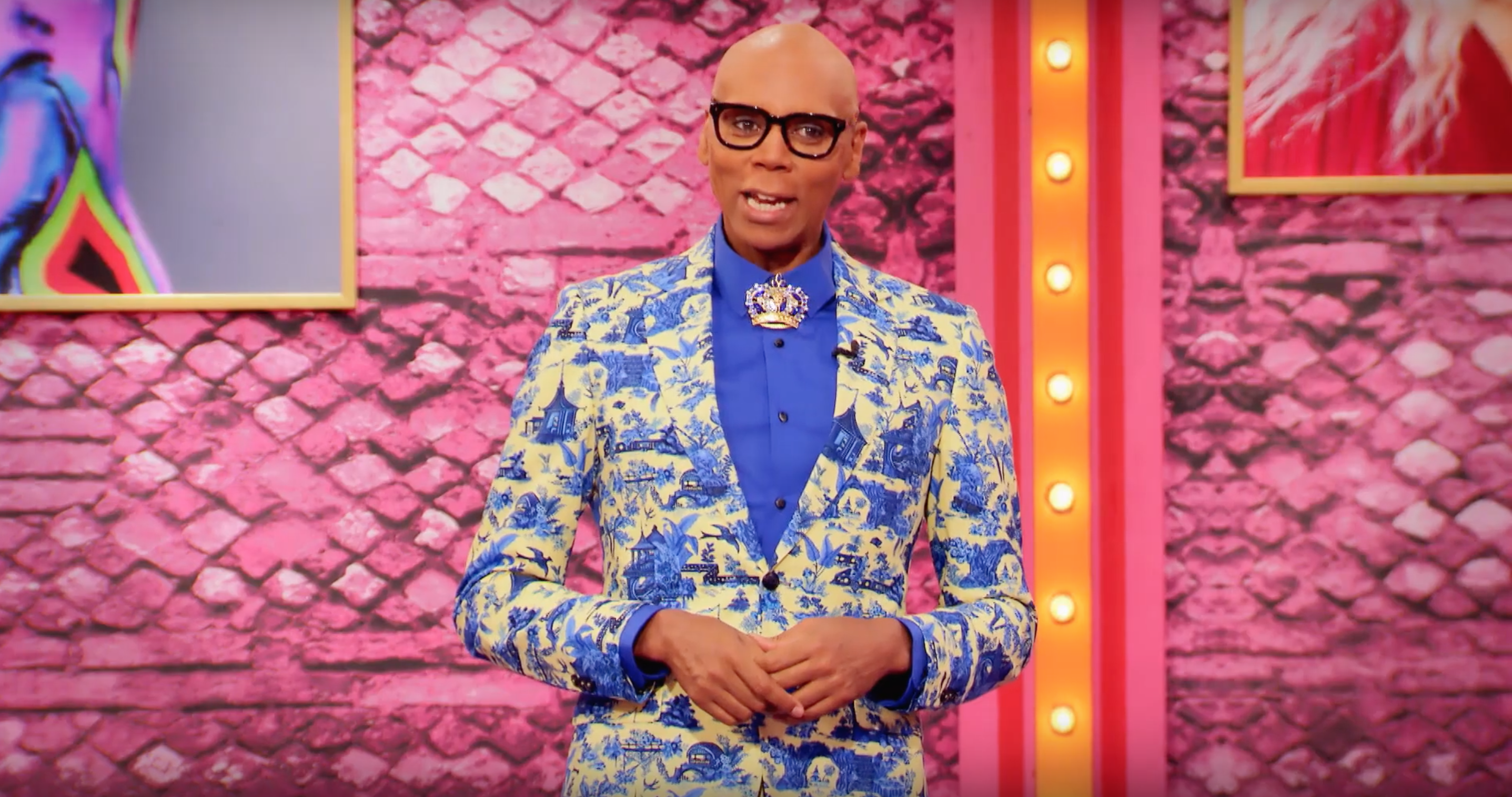 Ru entered the room to give the queens their main challenge. I quite liked his suit and shirt combo and the crown broach was a nice touch for the finale.

As I said earlier, the rest of the episode wasn’t that special. Compared to other episodes where we see the podcast, the rehearsals and recording the vocals as a balance, this episode predominantly followed the dance rehearsal. 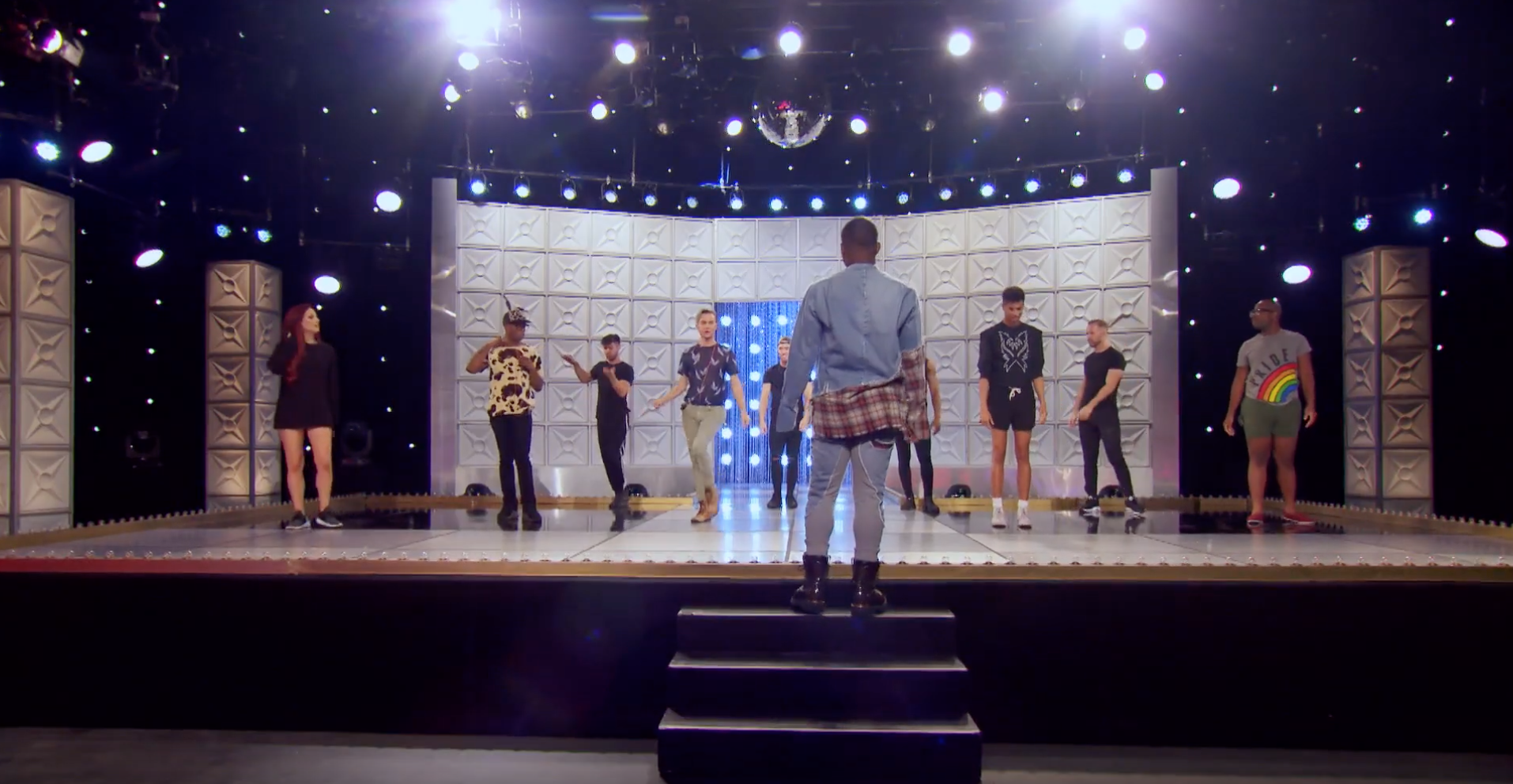 I don’t know about you, but I don’t find watching the dance bit exciting. It feels the same every time, same location, the same fear of not getting the routine right, the same overly high expectations from Todrick where he acts like every queen on the show had previously worked on Swan Lake so they should be able to nail his moves.

We saw Trinity struggle to get the moves – there has to be one, but no doubt they will all get the routine right on the night because they always do. We also saw Naomi hunting down the D during the rehearsal. 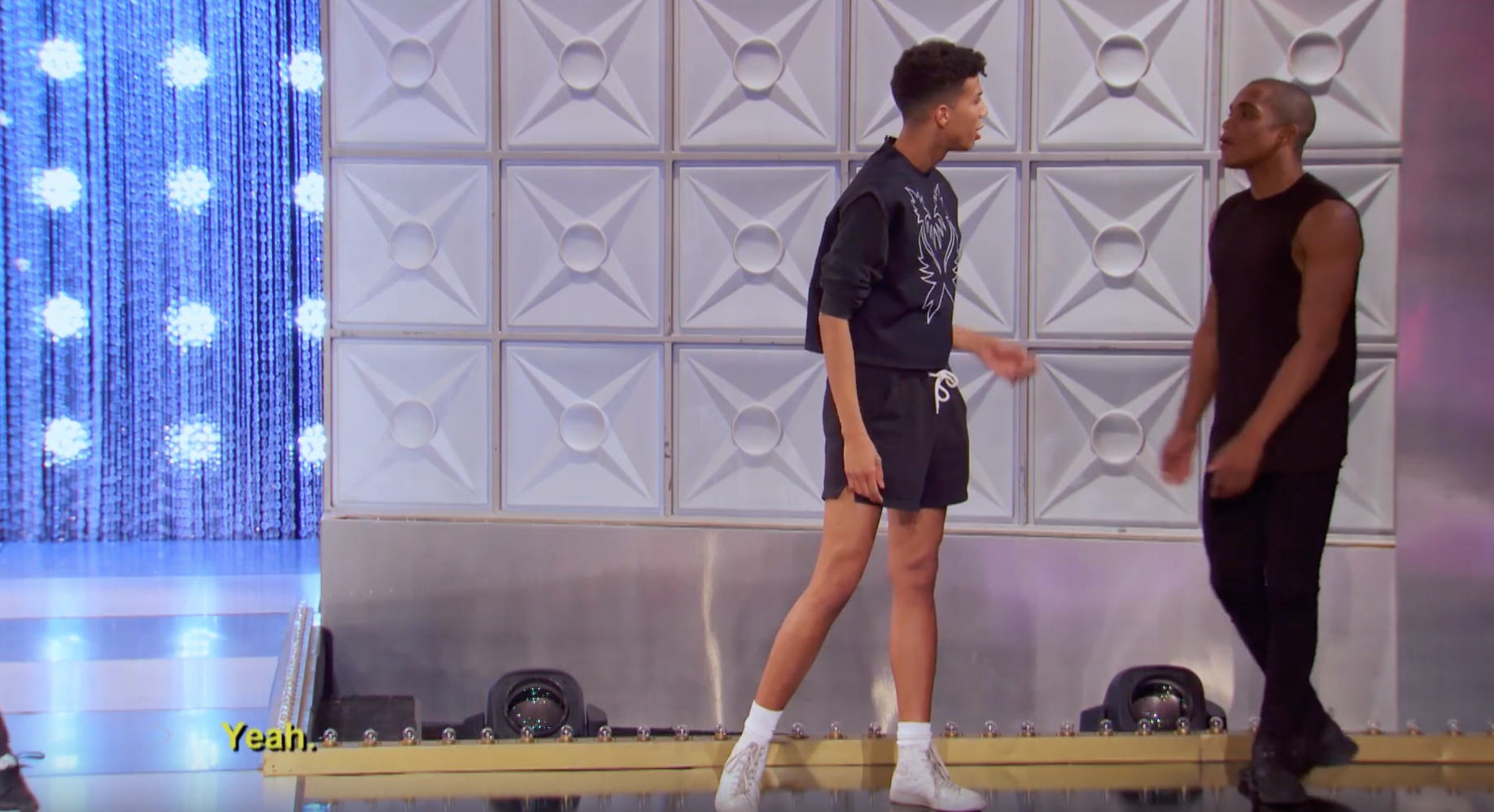 But I think Todrick actually fancies Naomi. He was hardcore flirting this episode. Playfully telling her off and what not.

In fact, at one point we even see him have a squeeze of ‘dat ass’. I know your gain Todrick you filthy beast. 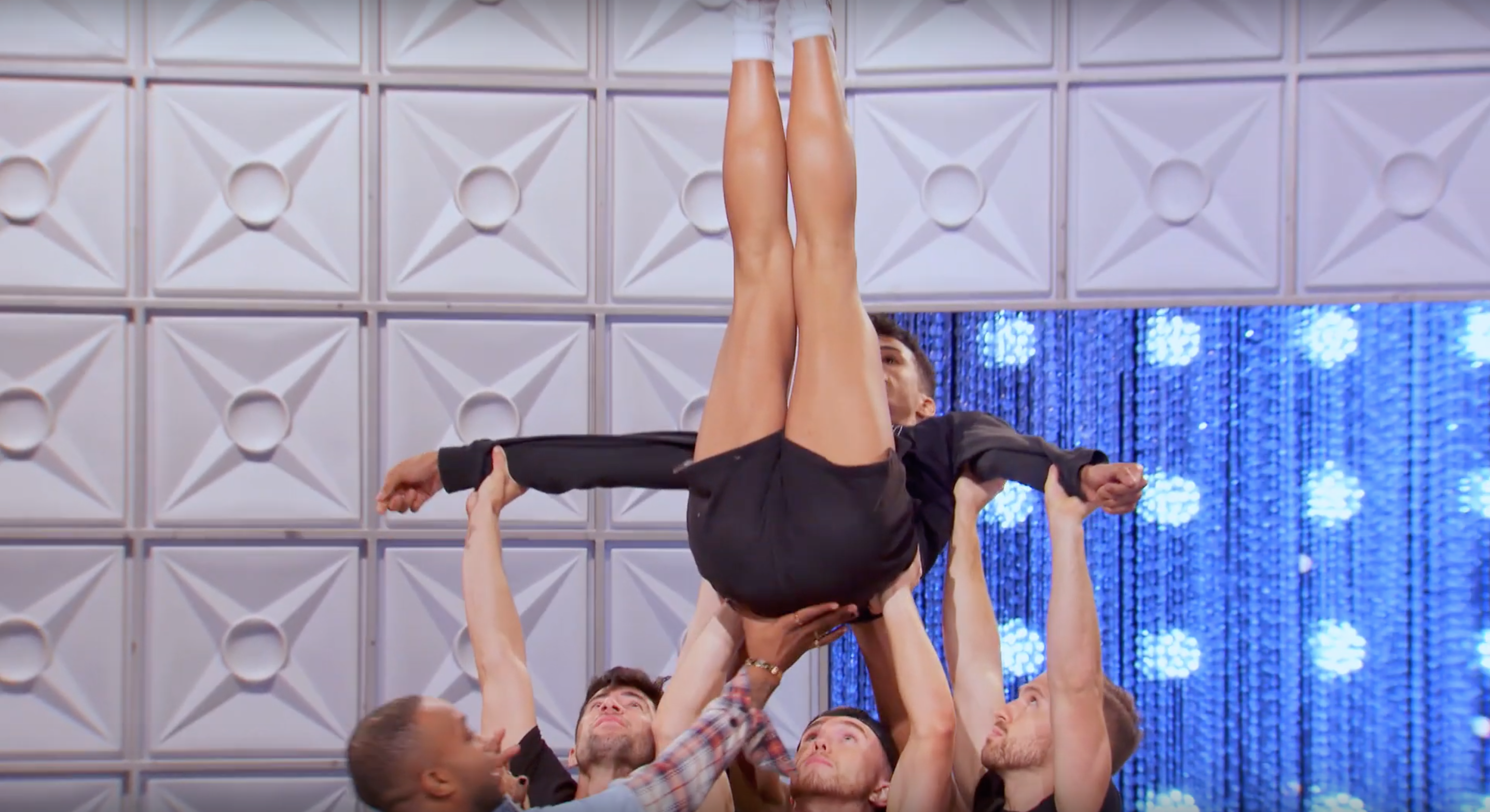 Oh yeah, and did I mention there was a podcast?

But we learnt nothing of value really from this episode. Normally we hear of something truly heartfelt or a revelation, but honestly, I can’t remember what was said. At least Michelle had fun… 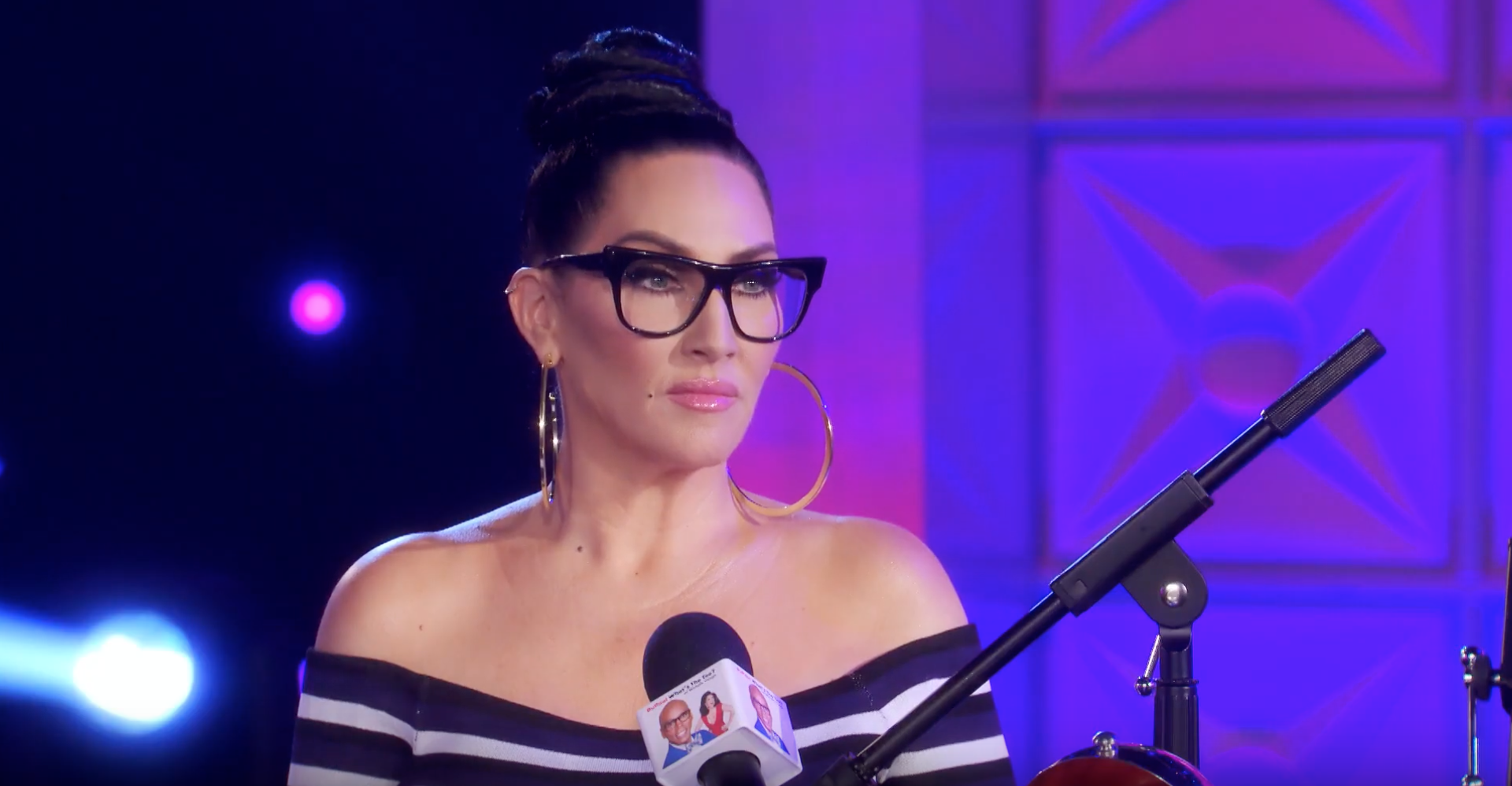 The queens went to back to the werkroom for a surprise twist. I know, I’ve had all I can take! But this one was nice.

Three ‘mysterious’ figures were in the room

Who could they be? Will we ever know? Oh wait, it was the All Stars winners of yesteryear. What gave it away? Could it be that they’re blonde and white? (Naomi Smalls, I’m looking at you!)

Seriously though, everybody who keeps going crazy on a “why aren’t black queens winning All Stars”, at the end of the day, in AS1, AS2 and AS3 (okay, not AS3) these were the strongest competitors. We know full well that Shangela was robbed. If you look at the main seasons, we’ve had 5 winners that are white out of a possible 10 – that’s a pretty even split to me. Facts are facts.

Apparently, the queens got to hang out with the winners and have individual catchups but the show cut it in favour of the podcast that – that was disappointing.

The winners also told the girls that All Stars rules had been suspended. I think after what happened with Shangela last season and the voting, Ru decided to take matters into his own hands for the finale.

Read U, Wrote U was iconic, Kitty Girl was brilliant, Super Queen was… kind of shit. 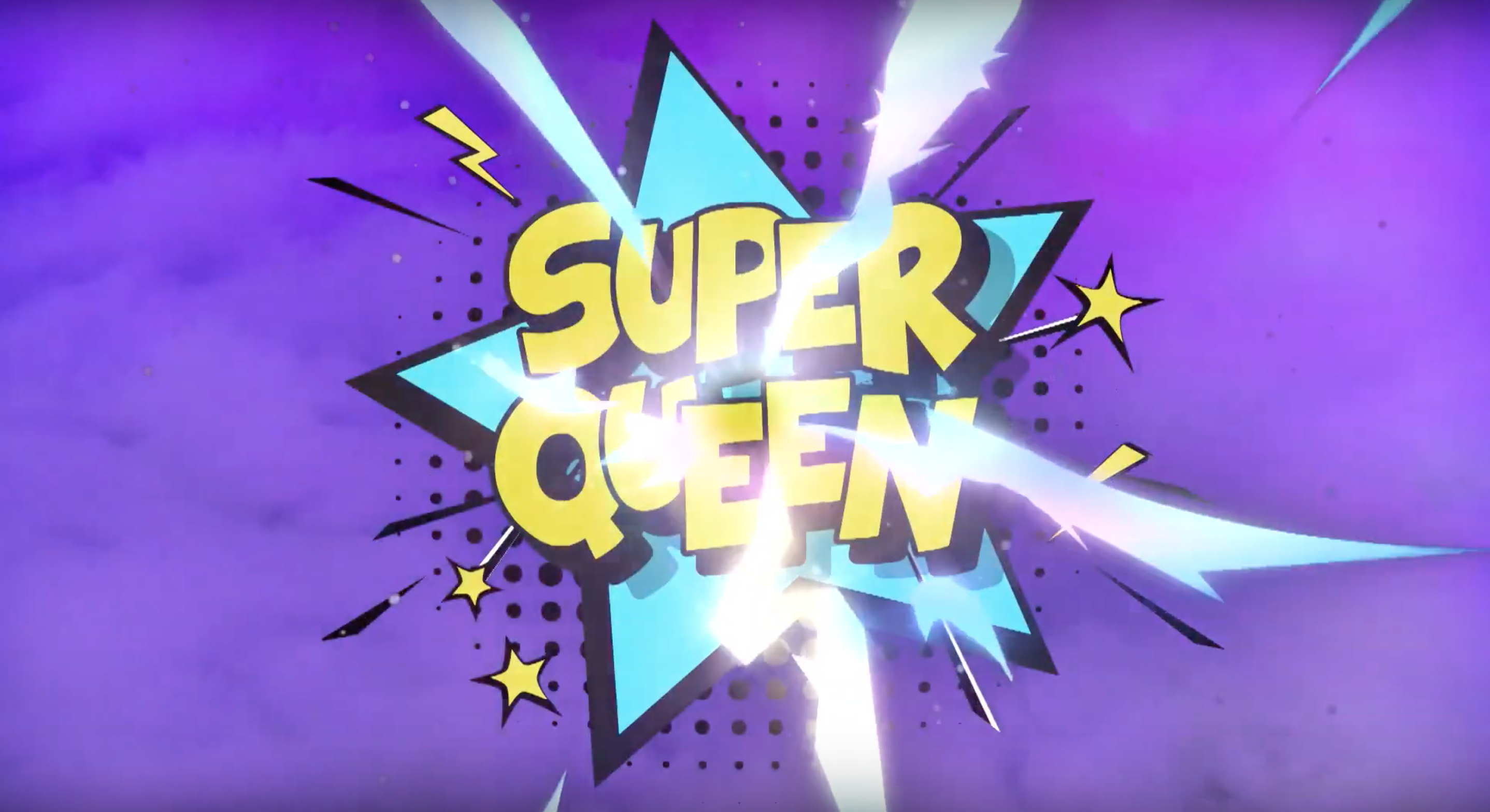 The pace was slow, the dance was a bit dull, the video was drab and overall it just felt a bit ‘meh’. Even the fake band played by the All Stars winners couldn’t big it up enough.

I have to be honest, I actually quite liked the mellow tones they created within this version, but it’s not really a club bop like the previous episodes. I can’t imagine this being played in my local gay bar.

It’s a background song if anything and RuPaul’s music isn’t background chiller music – it’s drag bar music. But don’t get me wrong, I don’t hate the song, it’s just not an exciting finale number.

Although the video was dull as hell, the queens still wore costumes, so let’s talk about them. 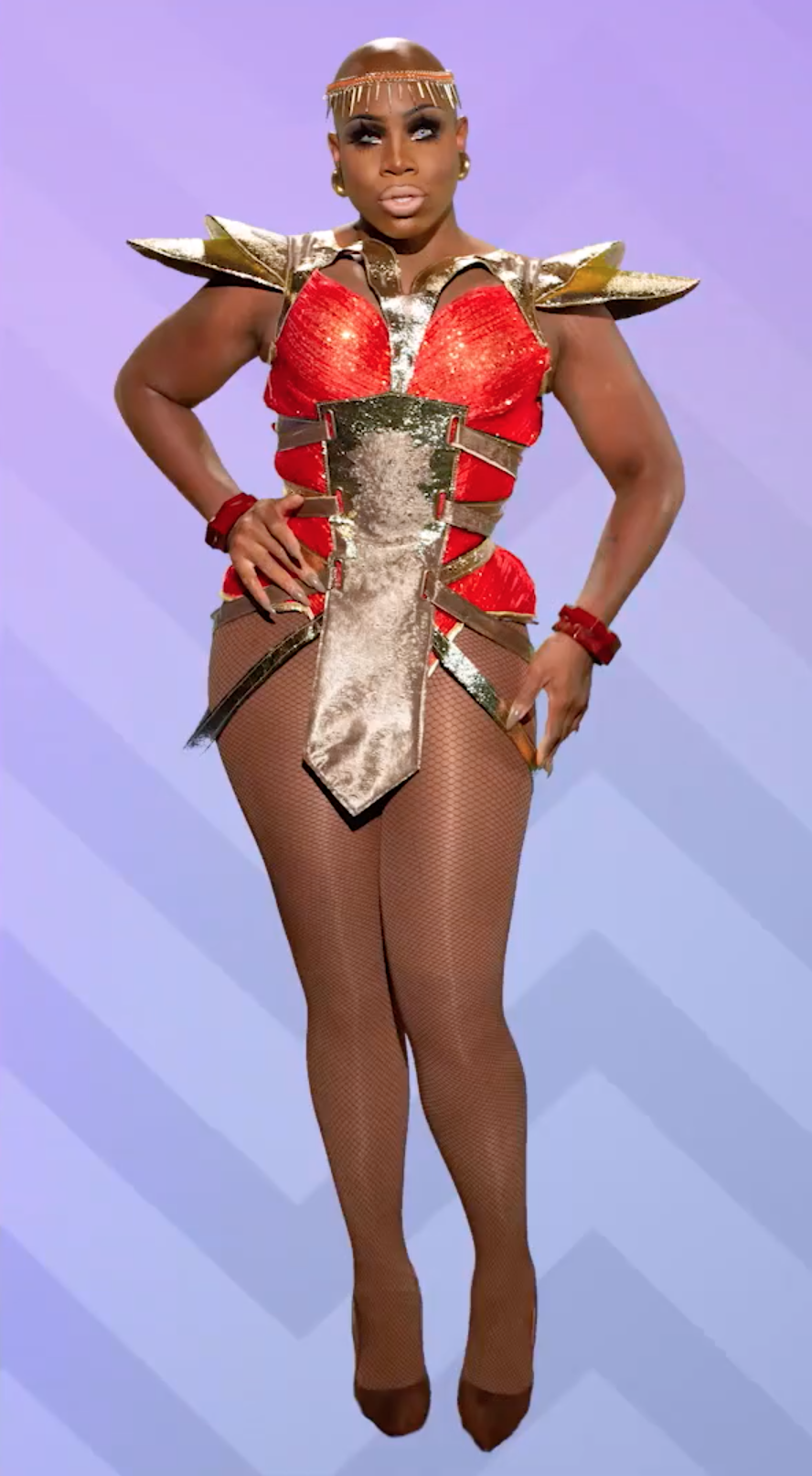 Her makeup looks great, but the rest of it looks a bit too Halloween alien costume.

I don’t hate this, but I feel like we’ve seen virtually the same thing as this each time Monique was in the top 2 lipsync. It just wasn’t very inspiring for a finale performance but I did enjoy the wig. 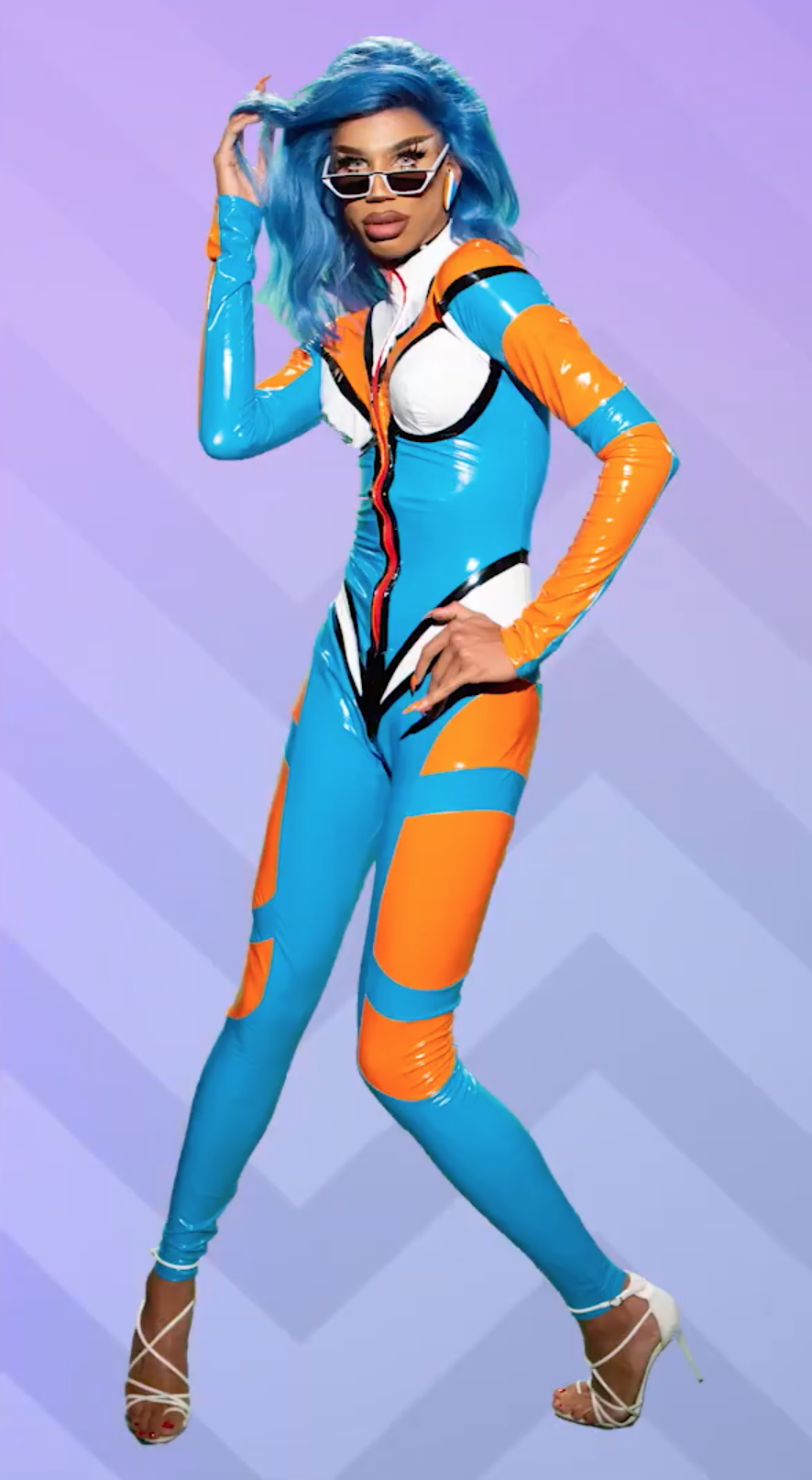 Love the colours, love the sunglasses. Simple as that, toot.

Trinity was the only queen who looked like a real superhero, the headpiece was beaut, the colours were lush and the addition of the cape was great.

Of course, we’re expecting to see the queens’ best drag an I have to admit, they pulled out all the stops this season. Ru even got into the theme with a starry gown. 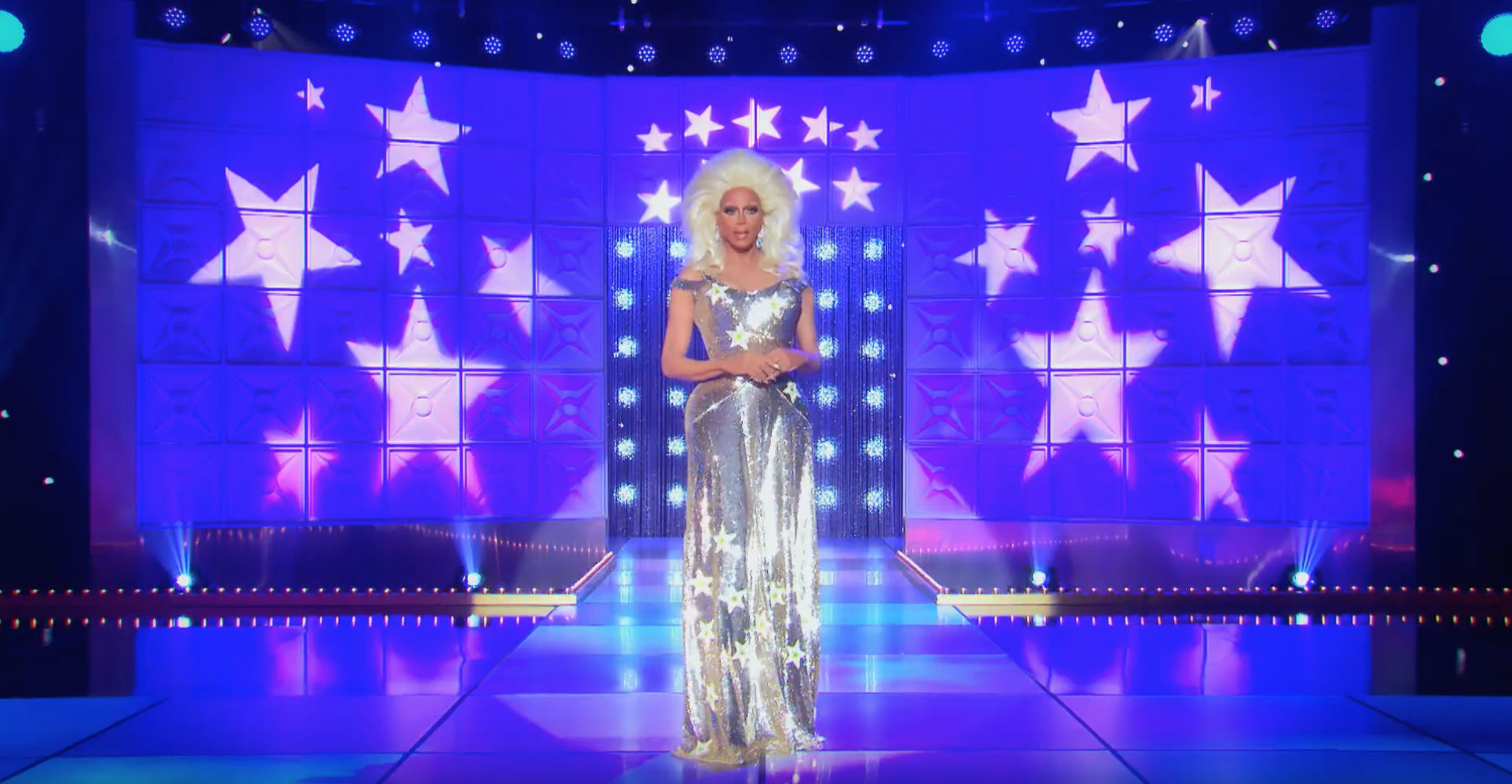 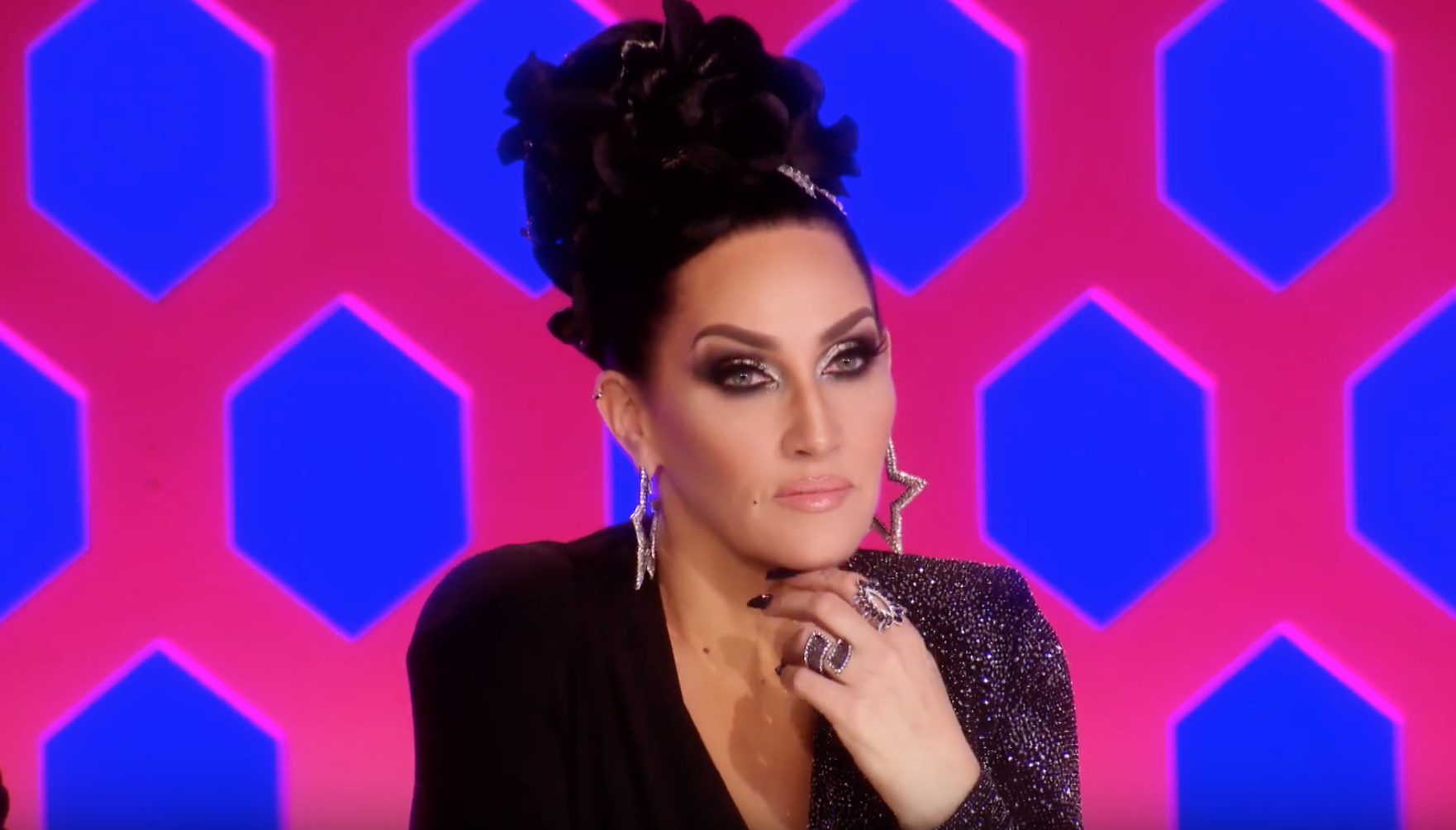 As you would expect, it’s the finale which means the queens had to wear their best drag to show why they should be a winner. 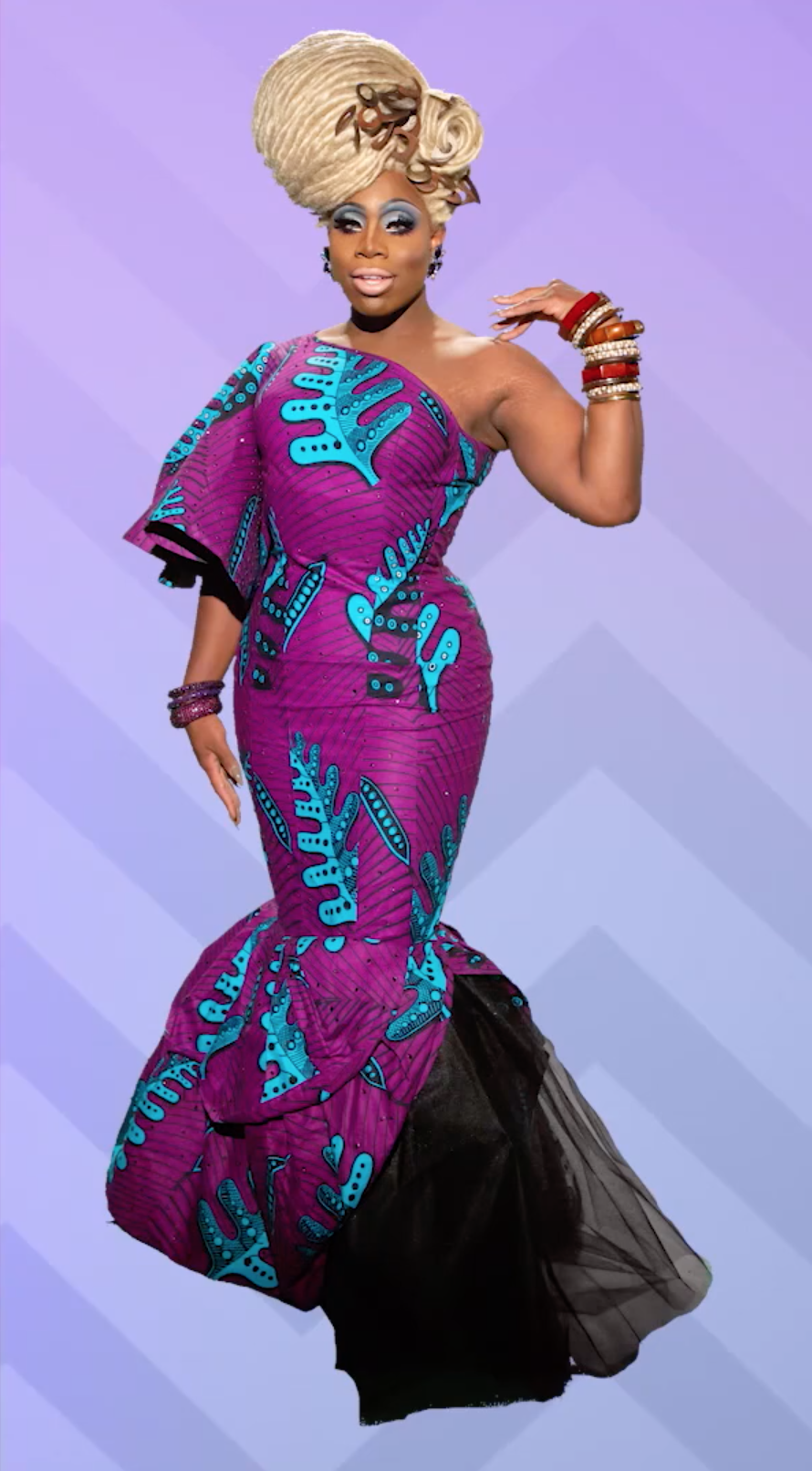 I loved this outfit, the dreadlocks with the vivid African patterned dress and all the wooden accessories were stellar. Monét really delivered some African queen sass and I lived for it. Wakanda forever! 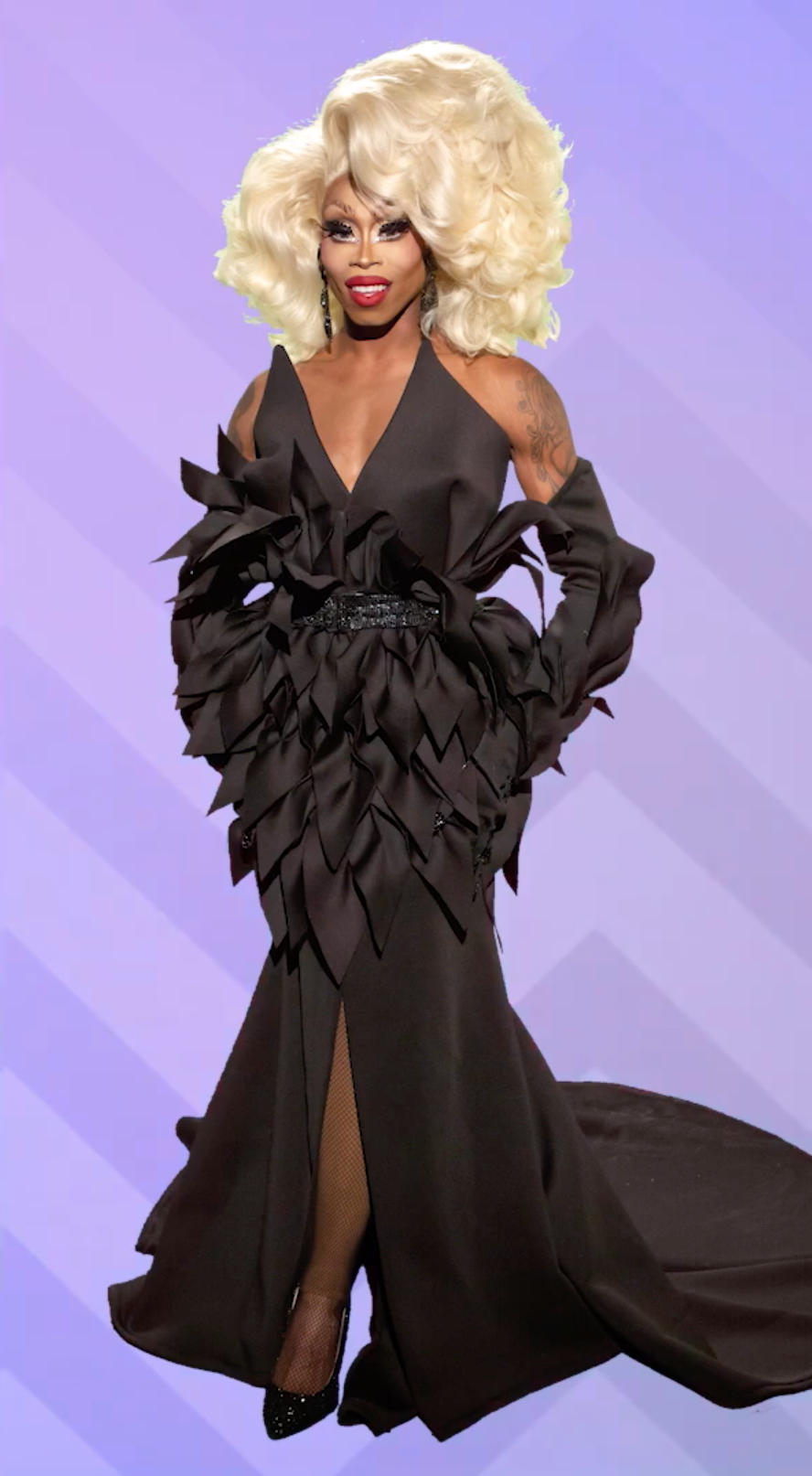 One of my absolute favourite looks of not just this season, but of all time. The netted fabric underneath the dress was beautiful, the hat was gorgeous and the reveal was sass. This is by far one of Naomi’s best outfits of all time and I can see why she saved it for the finale. 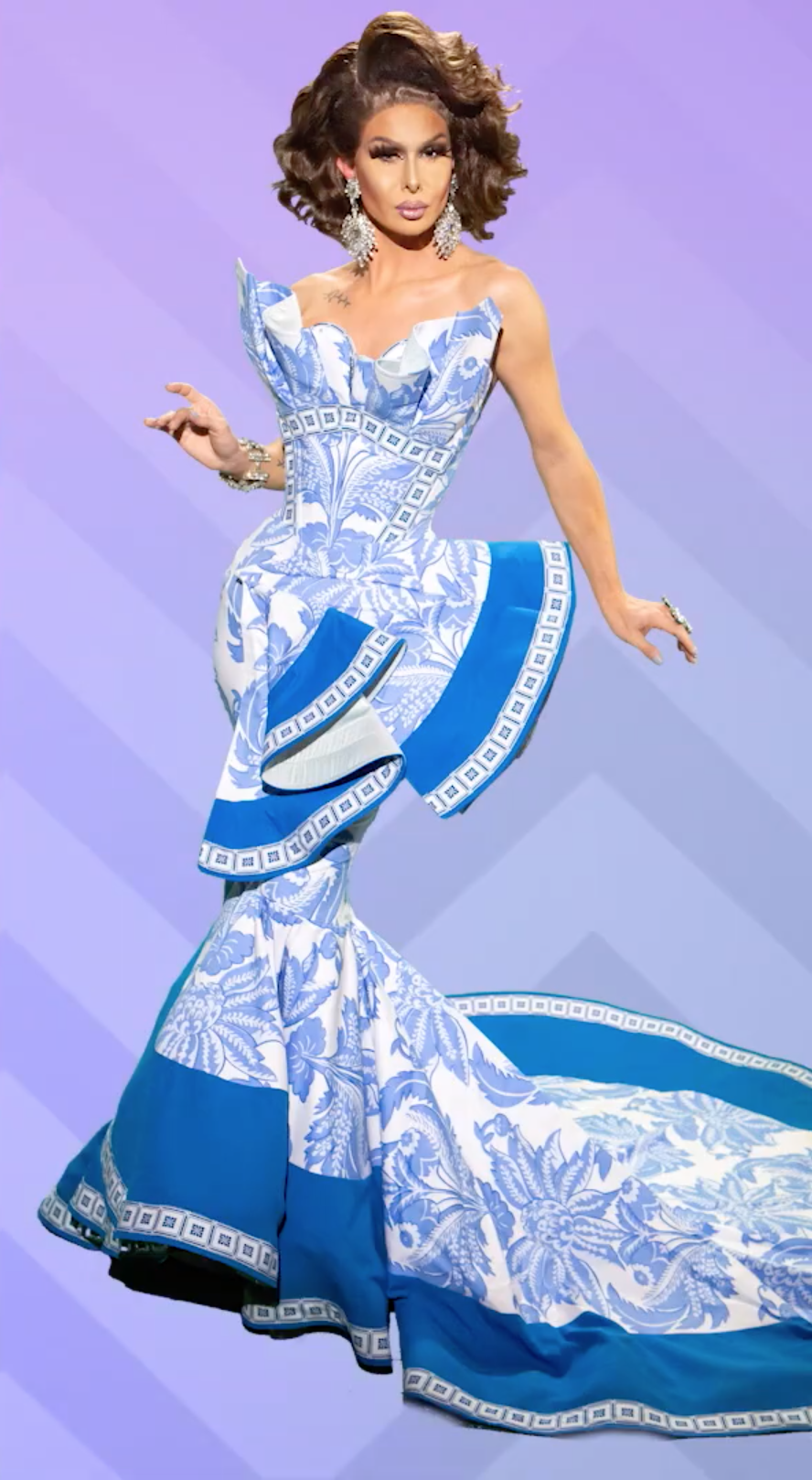 This was an absolute look! By far, my favourite Trinity has worn this season and she’s had some stellar outfits. The reveal of the teacups was pure sass and it reminded me of Lady Gaga’s performance with Pet Shop Boys at the Brit Awards.

After the judges’ critiques, Ru tells the queens that he will decide who the top two are and the other two queens will be eliminated.  Ru decided that the top two would be Monét and Trinity (no shock there, the two had the best track record). 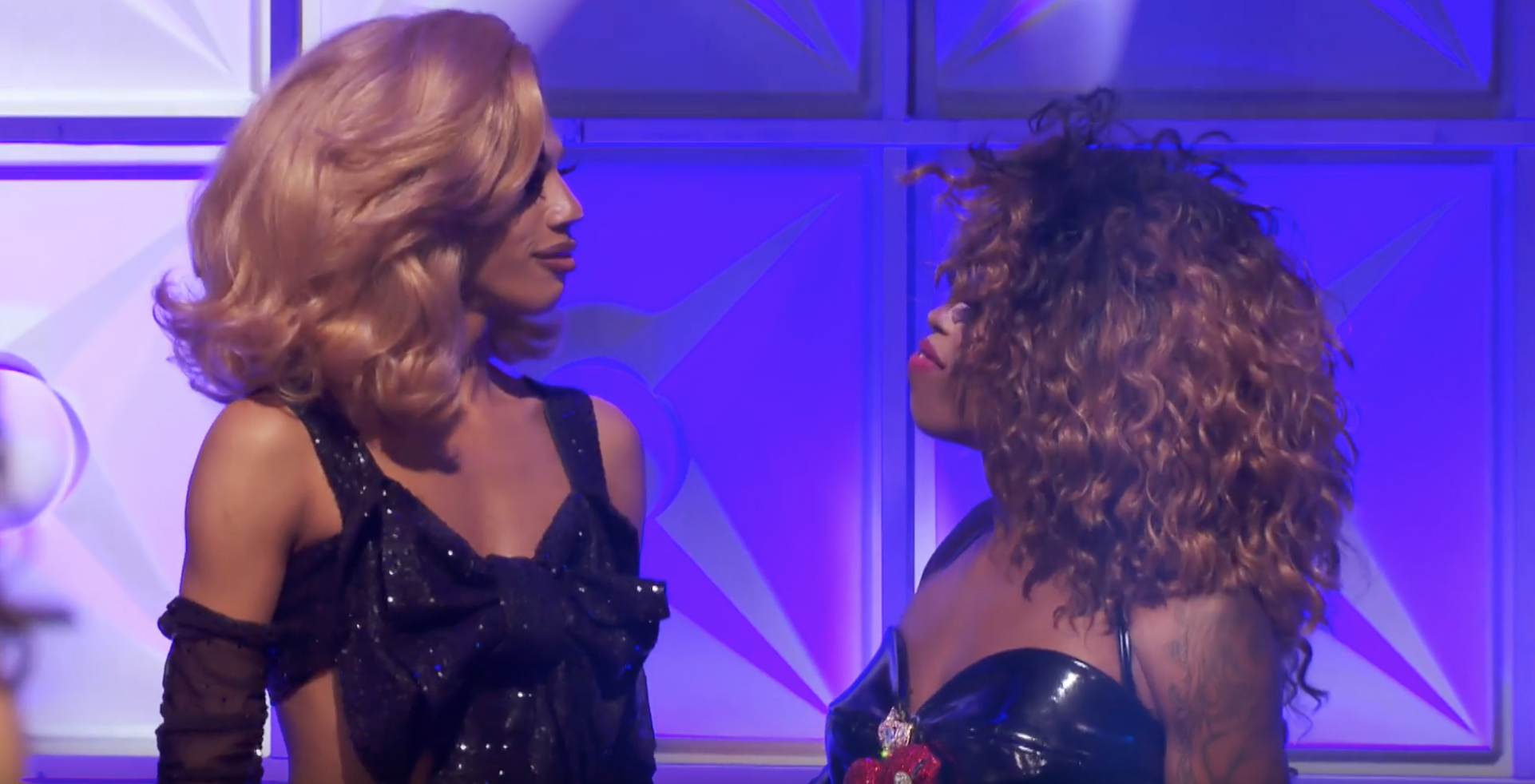 That means that Naomi and Monique walk home as the runners up. Then Ru told the two queens that it would a lipsync for the crown (which we expected as all the queens came back in sassy danceable outfits).

Alaska looked great in her All Stars 2 winning look, Trixie looked ‘meh’ and Chad Michaels, well, I don’t know what the hell that outfit was but it was gross, I know that much!

Anyway, the top 2 queens had to lipsync for the crown and a good song was picked for a finale – Fighter by Christina Aguilera.

After watching it back, I think it’s fair to say that Monét gave a better performance. Trinity is a great performer, and it wasn’t a bad lipsync, but it wasn’t a winning lipsync.

As you all know by now, it was a double crowning. Seriously, what the fuck. Ru definitely thought he’d nailed it with that decision. 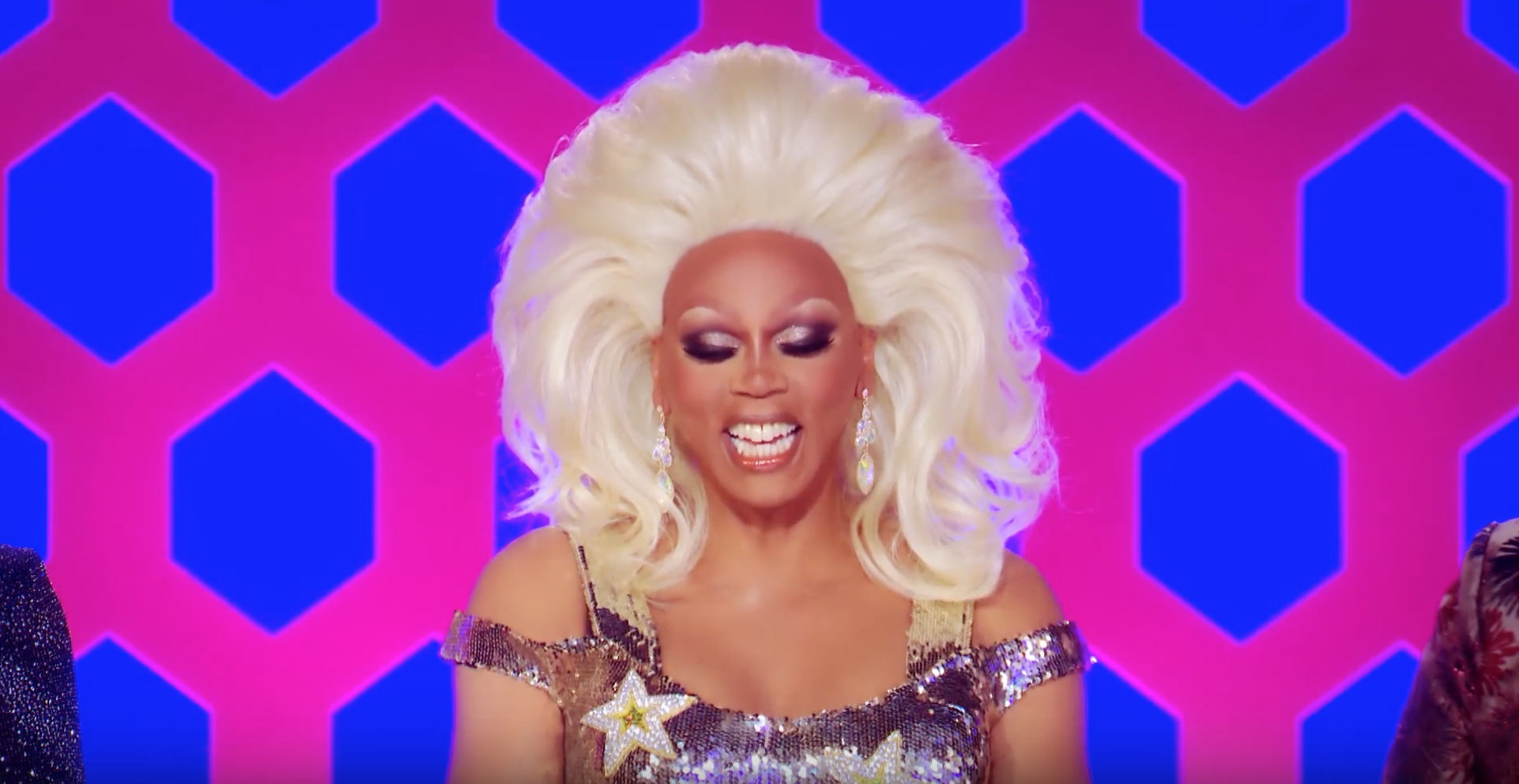 I’m not being funny but a competition is about having 1 winner and a bunch of losers. I felt this was a really lazy way of ending the season because Ru didn’t want the responsibility of angering the fanbase – plot twist, he made it worse.

Another terrible factor was the fact that the show hadn’t planned for a double win as you can tell by the terrible edit where they just had to splice both Monét’s and Trinity’s winning scenes together. It just felt awkward and stunted and you can tell it was a last minute decision. 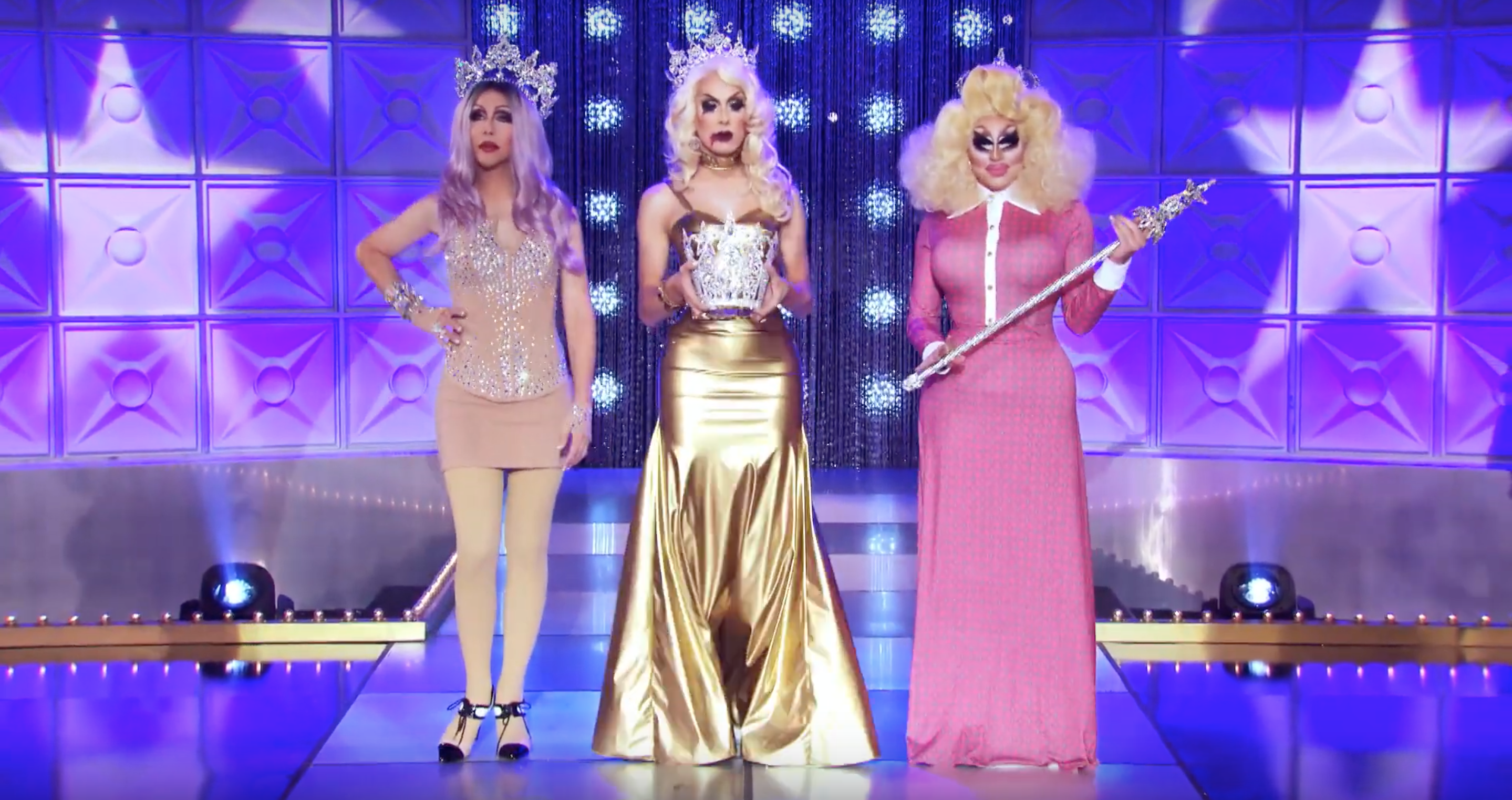 Throughout the competition, Trinity and Monét were front runners (well, after Manila was eliminated) but I think Trinity had the overall better performance. A lot of people feel that Monét was also crowned to quash the ‘blonde and white’ winners debate that has been circulating.

I think Monét is great, but I didn’t think she was necessarily the winner of the show. Trinity was very much a backup winner to Manila and that showed. Rather than just crowning Monét. The show crowned them both because they knew Trinity had won but Monét would be the new face that they needed for All Stars – or so people believe.

Either way, it was a pretty shitty end to a relatively good season of All Stars. But if I could ask for one thing, it would be a break before the next one. Please don’t keep churning them out with any queens you can find. Give it some time to get some great queens back for the show. Let’s be honest, Jasmine Masters wasn’t an All Star, she was a meme. And Farrah Moan, really?!

Still, we got to enjoy this new member of the Pit Crew!

So there you have it, another All Stars has ended and here is the All Stars hall of fame for you all to feast your eyes upon.

Strange isn’t it. It’s not how I would have imagined it, but don’t get too stressed, it’s just a TV show and I’m pretty sure this sort of bollocks will continue to happen now the show is on a bigger platform with a huge audience. They feel the need to keep shocking and giving us something new rather than letting the queens’ talents speak for themselves.

A double win? Well, I never. If this had happened a few years ago, I would have been shocked, gagged and gooped. But now, I don’t feel like this decision was a shock. The show does whatever it can now to please the fanbase when they rant and moan.

This season has been a rollercoaster and for the final episode, I got 5 points and Tom got -1 point. At the end of the season, that brings our total scores to 52 points for Tom and I have 38 points. But the real winner is friendship… I’m kidding, Tom won. Let’s just hope I do better on Season 11.