Well, whaddya know? Badda-bing-badda-boom. We haven’t even finished All Stars 4 yet and already we’ve been given the ‘Meet The Queens’ for Season 11 of RuPaul’s Drag Race. Curl your lashes, slap on some lippy and start your engines!

14 brand new queens will be entering the werkroom and 1 queen will be returning? Who could it? Oh fuck it, we all know it’s Miss Vanjie and gay men shuddered all around the world when they realised that straight girls everywhere will be screaming ‘Miss Vanjie’ in every gay bar/drag show everywhere imaginable… great.

A pretty colourful promo trailer right? I’d like to say that the show has given as a good variety of queens this season, and it has(ish) but it would seem that we’ve also got a cast made up of a hell of a lot of O’Haras and Davenports. It’s like a flashback to all the Season 5 queens on All Stars 3. Speaking of which, we even have Alyssa Edwards and Coco Montrese’s drag daughters on this season!

Anyway, I thought I’d give a quick-fire review of the queens without learning anything about them. This is legitimately a first impression of all the queens of the season. 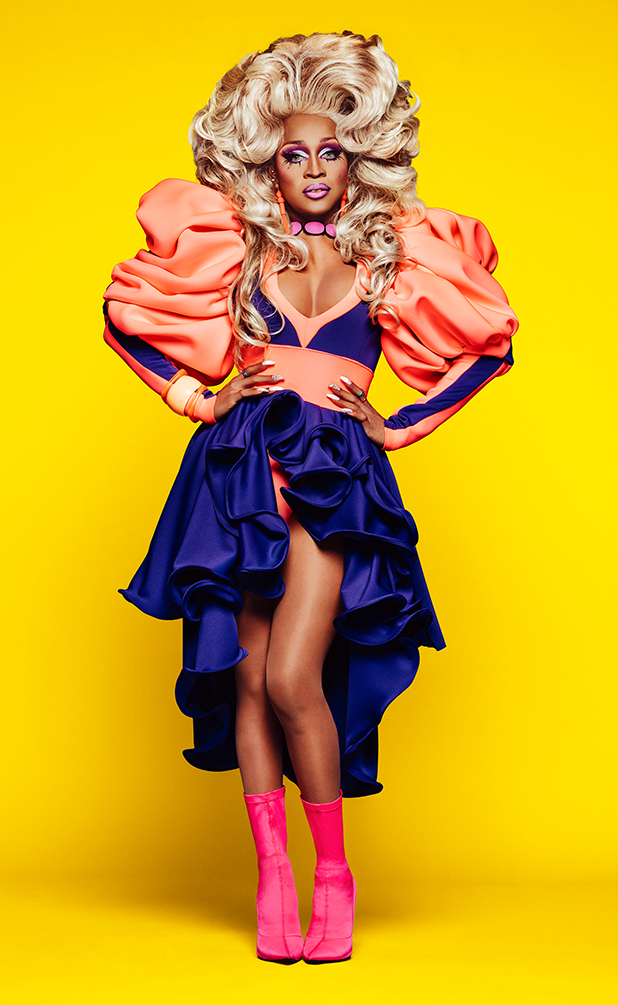 I actually rather like the outfit. I love the high contrasting sock style heels with the flamenco-esque dress and puffy sleeves. A’Keria is giving me a mix of Peppermint and Trinity K Bonet in the face and I love it.

Initial Thoughts: You can smell the Davenport brand of pageantry oozing from her veins. I think she’s going to be an interesting one to watch! 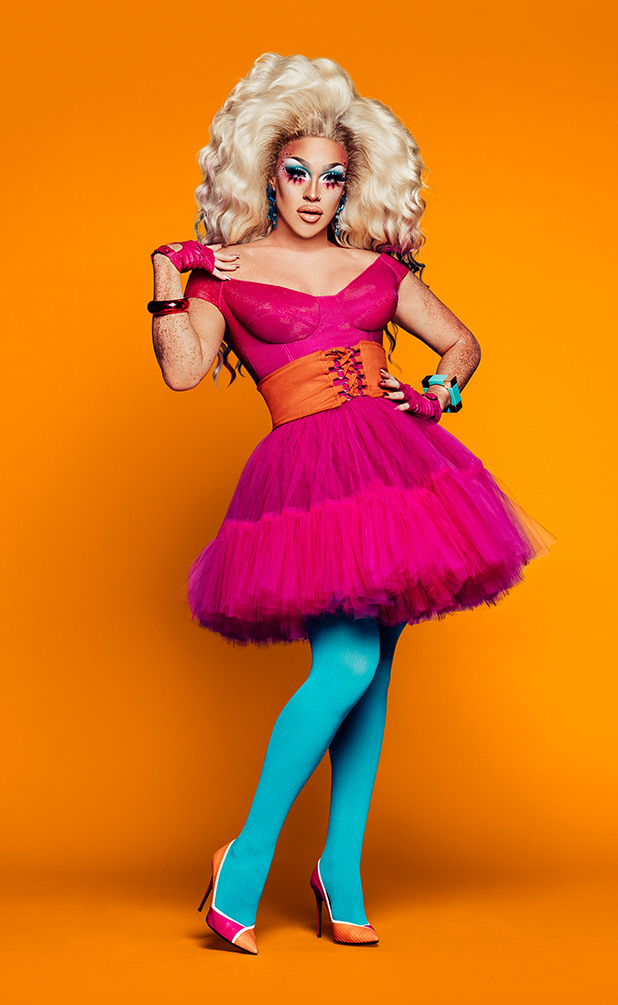 I do love the colour clash of the blue tights and the pink dress. But overall, I think it’s a little boring. There’s no unique shape or style to the outfit and the skirt looks like the sort of raver costume you buy for an “80’s night” fancy dress party. I think she could be the hybrid offspring of Adore Delano and Laganja Estranga!

Initial Thoughts: She mentioned Lisa Frank a few times and I do find that quite intriguing, however, her outfit doesn’t really give me that full sass so I’m hoping she’s going to bring bigger looks to the show. Personality wise, I think I quite like her – I’m definitely drawn to her vibe. 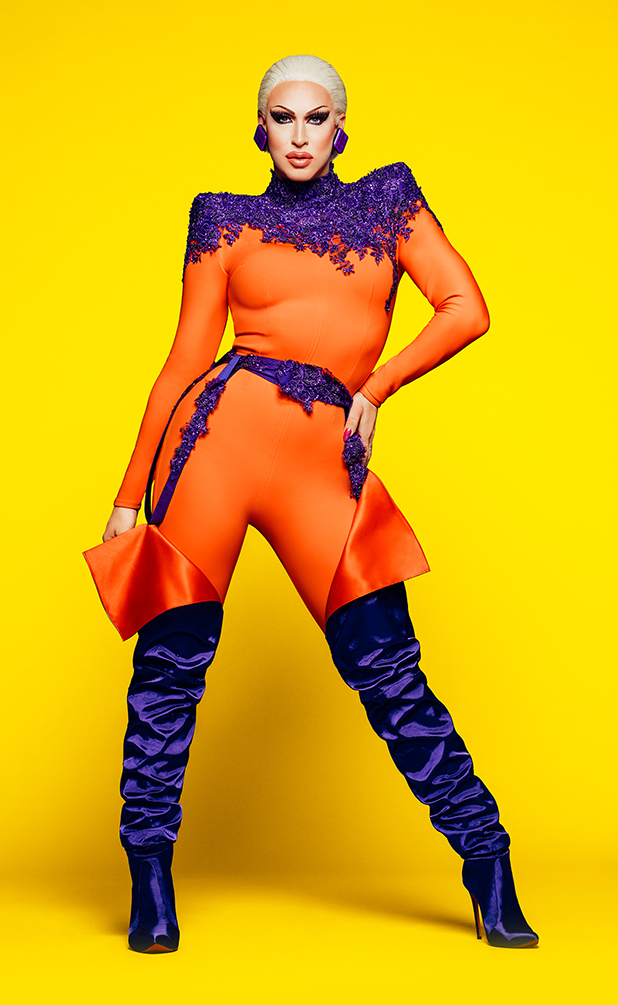 👏🏻I  👏🏻 love 👏🏻 this 👏🏻 look. The boots look amazing, the colour scheme is lush and the small purple details look beautiful. This is how you bring a pop art 80’s flavour to the party! She looks a bit like the lovechild of Detox and Aquaria.

Initial Thoughts: – I get good vibes from this queen. Also, she’s the first Canadian drag queen on the show so she may have a fresh new perspective that none of us has seen before. 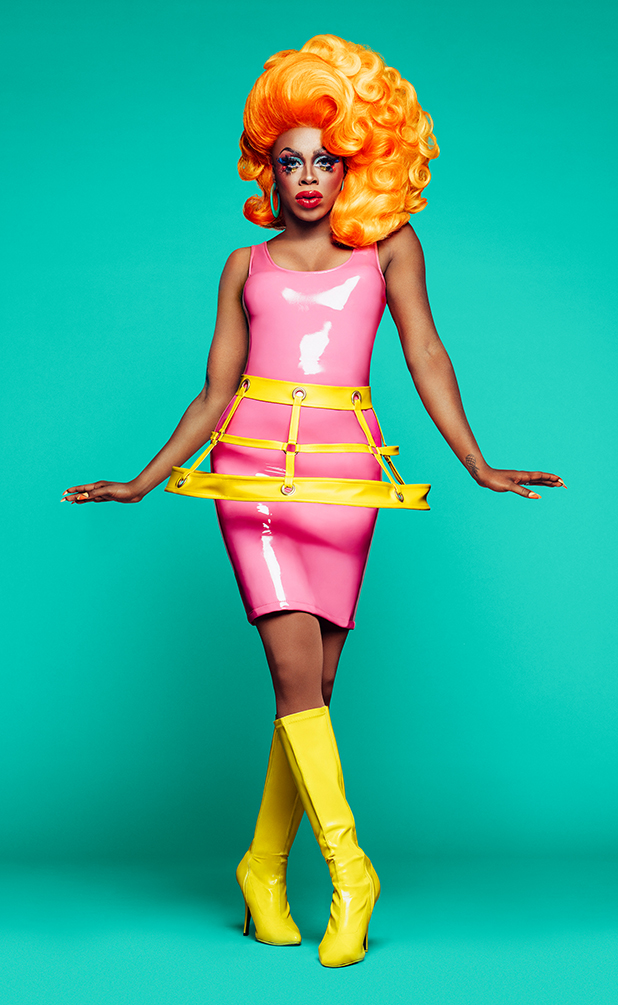 She’s come dressed as the colour of Battenberg and I love it. I just wish the yellow skirt detail went down longer, maybe to the knee or the middle of the hip. I like that Honey is giving us a PVC fantasy and the big orange hair contrasts beautifully from the baby pink and custard yellow outfit. However, I’m not a fan of the rainbow lashes, they’re distracting away from the look too much it makes her look like Desmond Is Amazing. 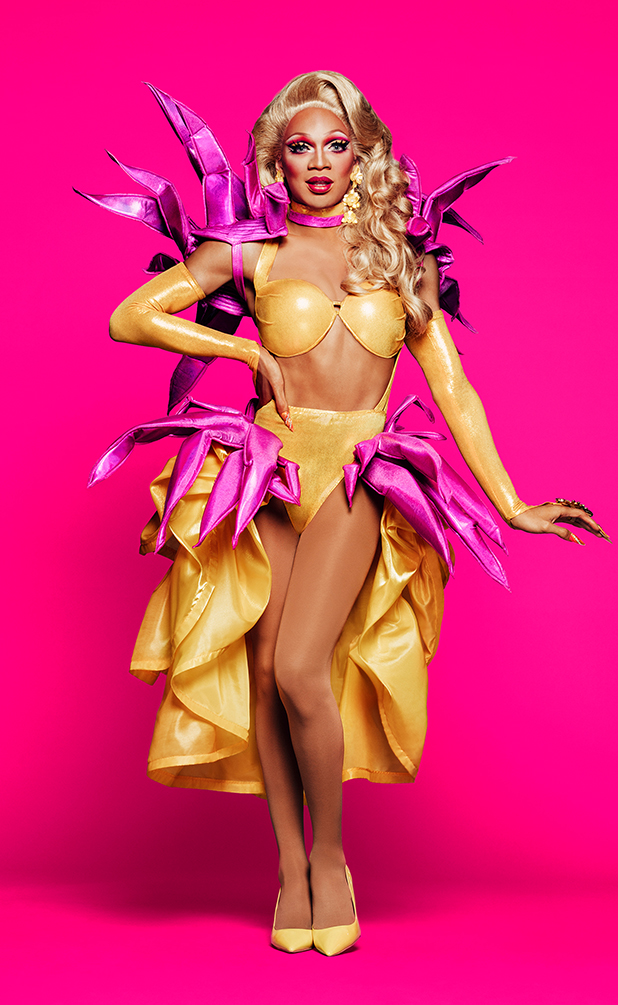 It was nice of Coco to let her drag daughter borrow her face. JOKES – but she’s definitely part of the Dorito family. 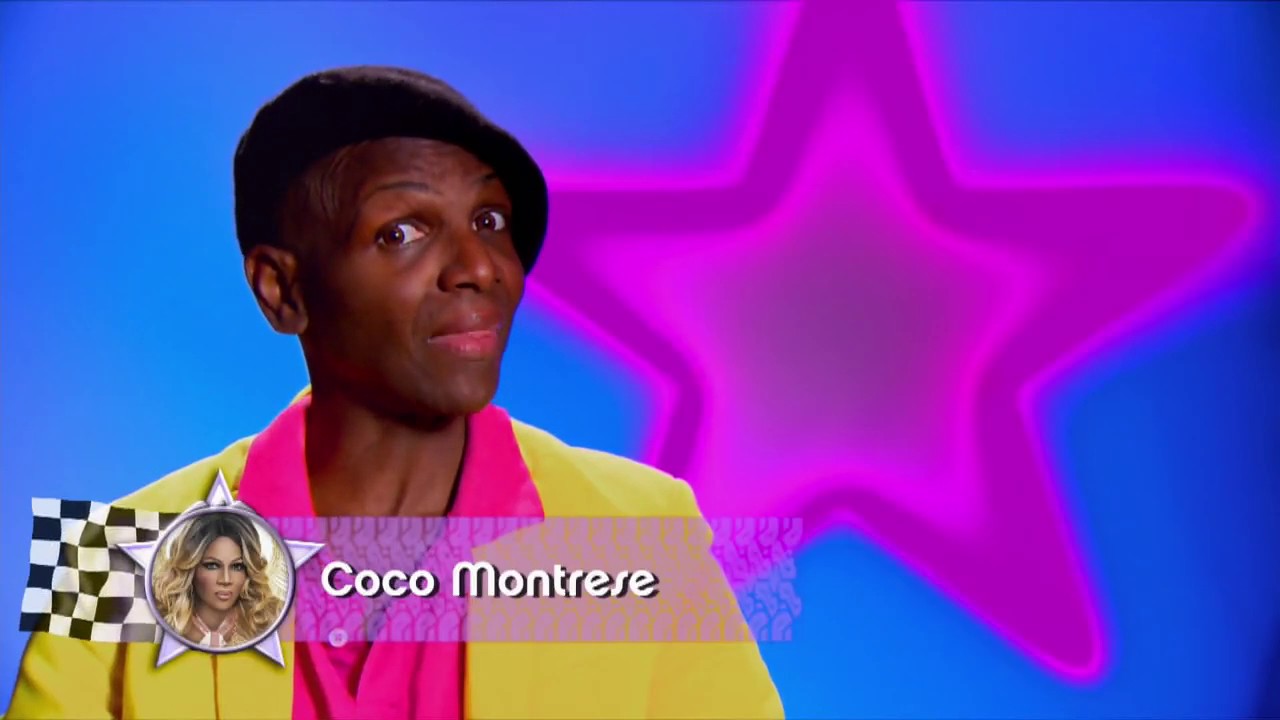 It’s crazy how much she actually looks like Coco despite being almost 20 years younger! The outfit is a bit ‘meh’. I like that she was trying to do a modern take on a showgirl ‘Vegas’ style outfit but it just looks a bit basic and cheap.

Initial Thoughts: Her drag doesn’t particularly amaze me from first glance but she seems really nice. She definitely speaks highly of her drag mother, Coco Montrese, so we will have to see what she brings to the table. 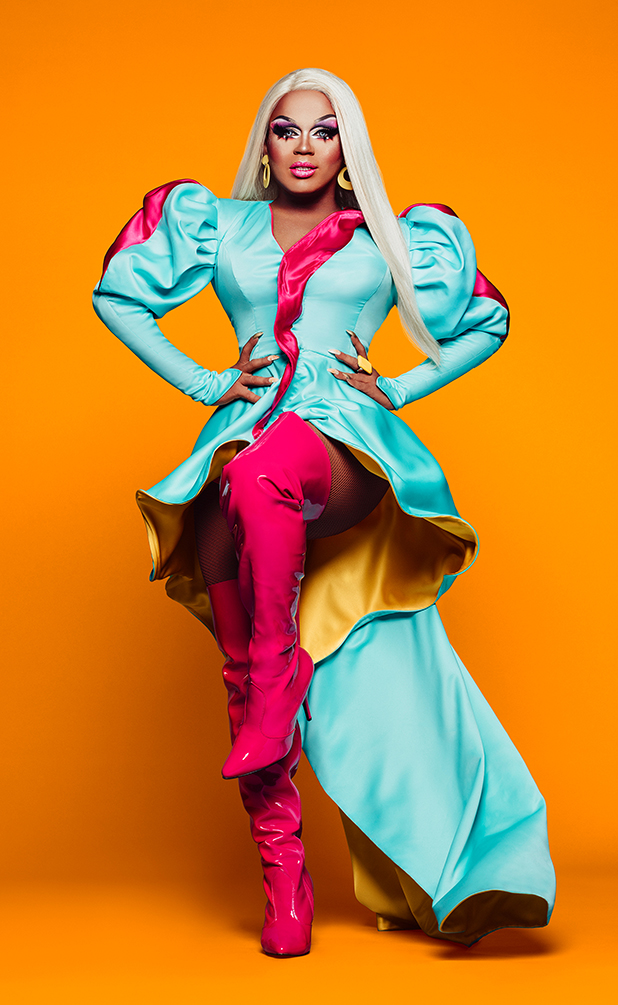 I love the colour of the boots and the matching detail colour on the cape/dress thing. Drumstick sleeves are definitely a trend this season so far. But I’m not crazy about the colour of the inside of the skirt detail. I wish it was the same pink as the boots. The outfit is a bit homemade looking but at least Derrick Barry would be happy that she sewed a hem.

Initial Thoughts: She’s going to be the first Muslim queen on American television which is pretty exciting. She will definitely bring a fresh perspective to the show and one we haven’t seen before. Other than that, I’m not amazed by her interview, I think she might do okay on the show. 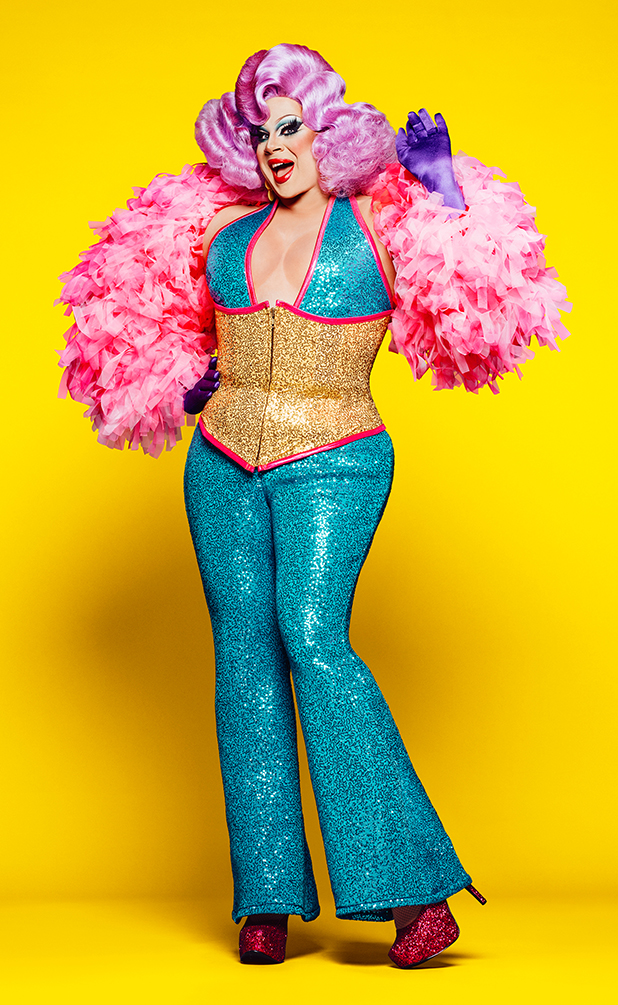 This is what I’ve been dying to see! It has colour. It has paper tassels. It has sequins! Thank you Nina West for smuggling as much campness as you could in your tuppence for Season 11. From the outfit alone, I think she may be my favourite queen of the season!

Initial Thoughts: I was right, I adore her so far. Her style seems kooky but she seems incredibly down to earth and relaxed. There’s no fake “come for me bitches” attitude about her, Nina just seems nice and normal and I can’t wait to see her on the show. 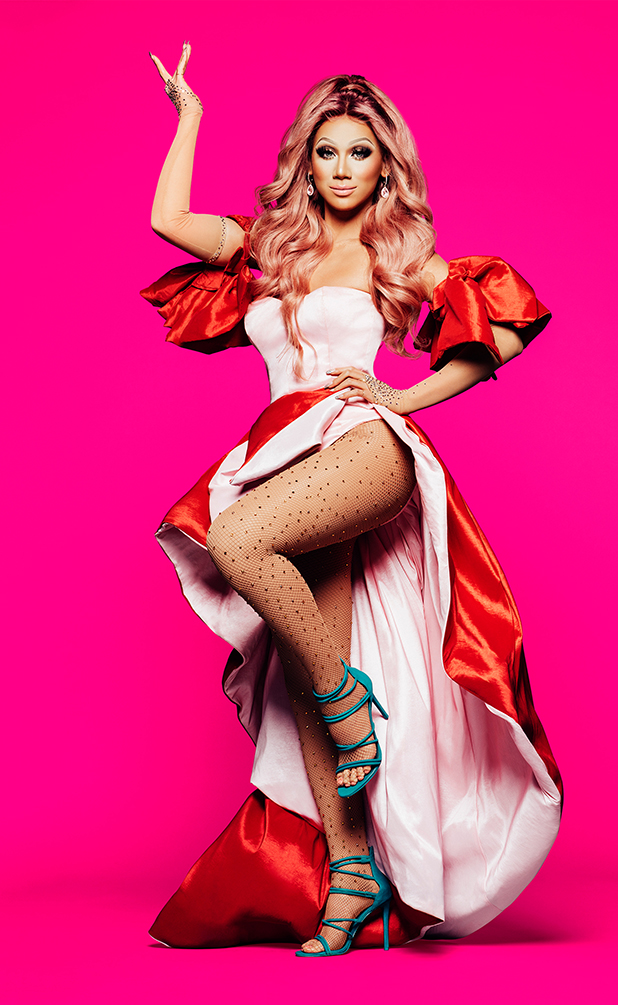 She looks like the sort of bitchy girl you see in a cocktail bar getting photos sipping cocktails for Instagram while looking at other women up and down as they enter the room. I don’t think this is a bad outfit but there were just more elements I disliked over elements I liked. The wig is a bit drab compared to the dress which is stunning. And then there are the shoes – they don’t seem to match the outfit at all.

Initial Thoughts: She reminds me of Gia Gunn mixed with Kameron Michaels. She seems like she’s going to stir some shit this season but I’m definitely interested in seeing what she can do. Not only that, but she’s Alyssa Edwards’ drag daughter. Do we smell a fight between her and Kahanna? Probably not, but maybe! 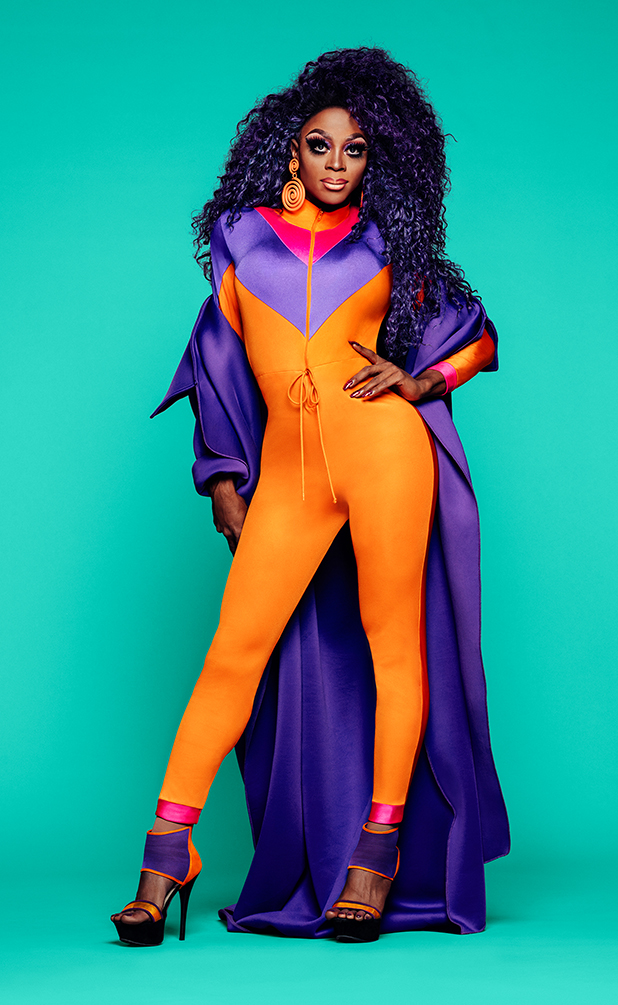 I’m loving this outfit. The sporty jumpsuit is giving me a Gucci vibe, the shoes match nicely and the cape looks regal (even though she didn’t need it because the outfit still looked great without it).

Initial Thoughts: Apparently the D. stands for Davenport. So we have yet another one on the show! But a Davenport/O’Hara cross – escandalo! This could be the Montague/Capulet retelling we’ve always dreamed of.

A cross between Max and Tammie Brown.

I think her outfit looks great and I feel she’s going to bring some haunting elegance to the show. Think old Hollywood glamour with a modern twist – that’s my vibe.

Initial Thoughts: I quite like her. She doesn’t look like the sort of queen to mess with, but she also seems fun. I think she may be one of my favourites so far. 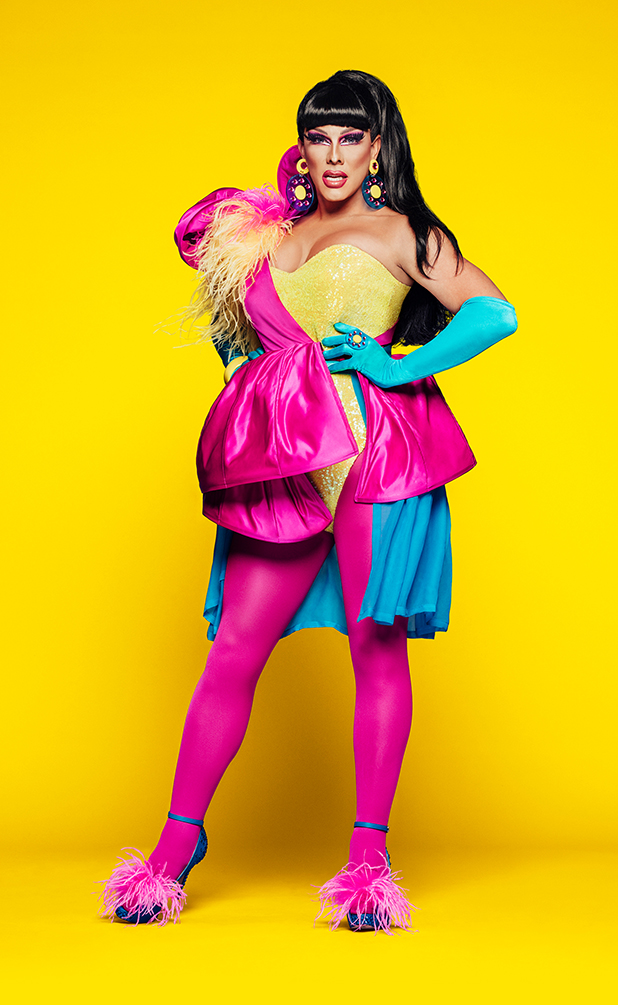 It’s colourful, it’s campy and it’s not a bog-standard skirt with a big belt. I’m definitely a fan of this look. And she’s the oldest queen in the competition but she’s bringing a strong look. In the face, I get a mix of Mariah Balenciaga and Alexis Mateo.

Initial Thoughts: I love her, she seems really nice, really fun and bloody polished! Considering she’s older and newer to drag than most, she seems like she knows what she’s doing.

I really don’t like this outfit. The wig bit is fun, but the skirt fits awkwardly and the bra isn’t very exciting – neither are the shoes. It’s just a bit boring.

Initial Thoughts: I find her absolutely jarring already. She will either be really fun or a complete Laganja and annoy everyone – so far, I’m getting Laganja vibes with a massive ego. 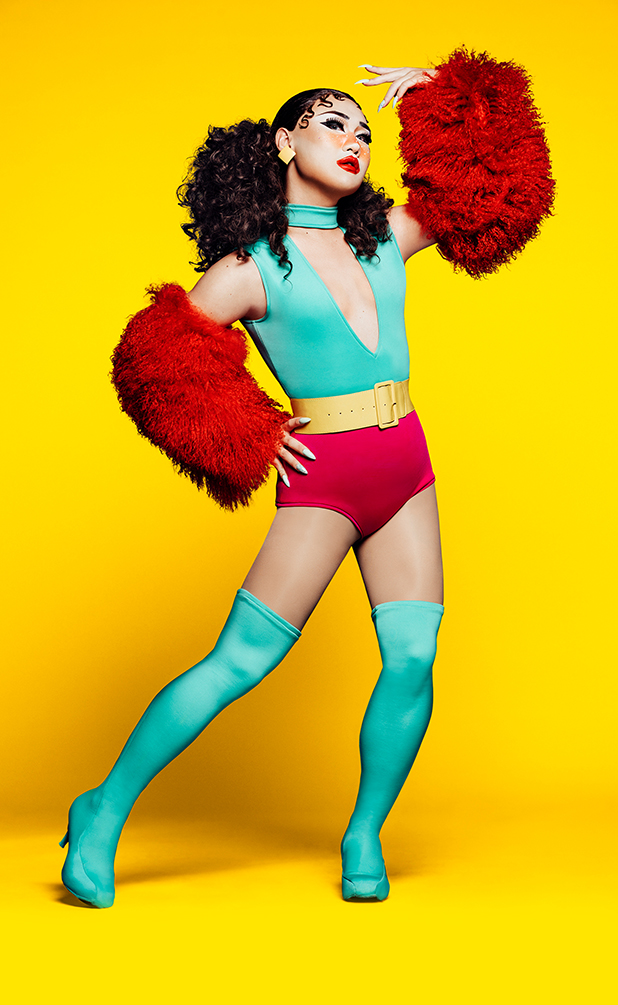 It’s a very simple outfit, but I quite like it. It reminds me a bit of Nacho Libre with the colourscheme, belt and crop of the pants. The sleeves are fun and her hair & makeup look great.

Initial Thoughts: She seems quite awkward and nerdy. She could be a fun queen but I don’t see a big personality so we will hae to see what hidden talents she has (if any). 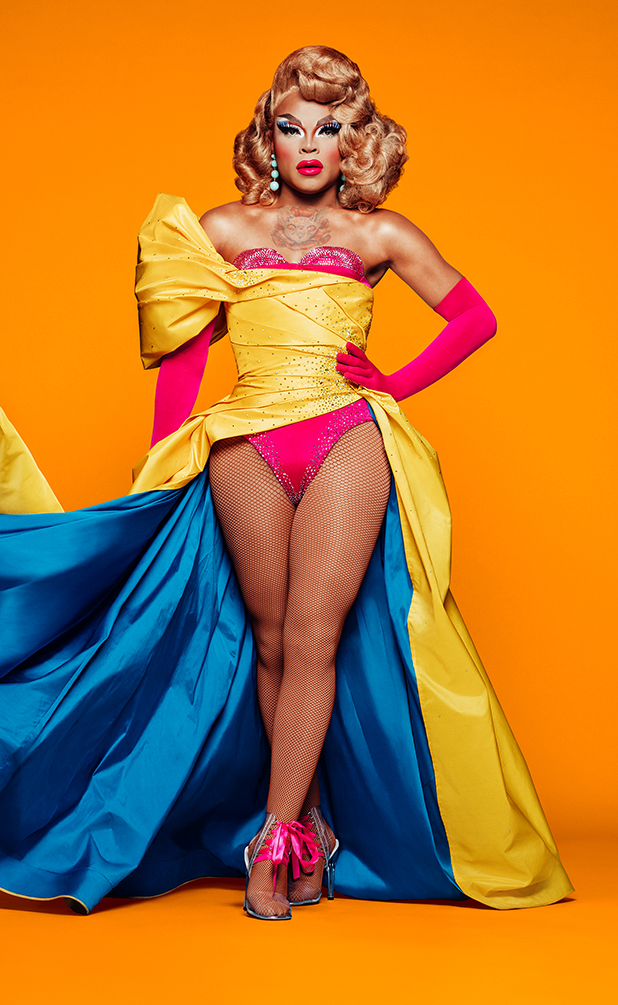 She looks great. The dress is beautiful, her makeup looks right and the colours are great. The only thing I’m not crazy about was the wig.

Initial Thoughts: As always, she’s loud and in your face. Hopefully she has more than just the word “Vanjie” to go by. 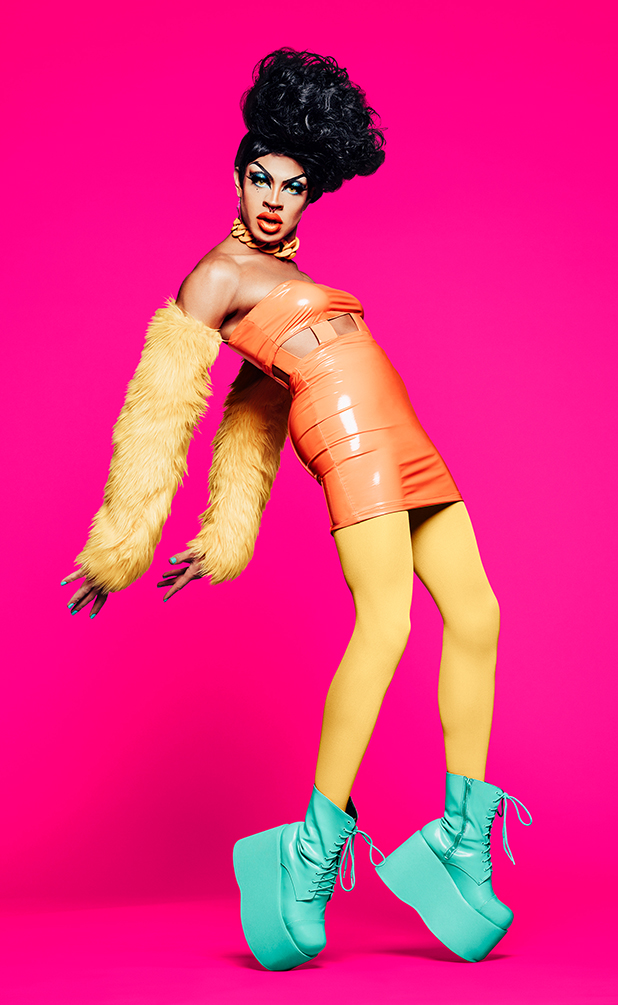 This outfit gives me a very club kid vibe. It’s quite young and fun and I think she could have a few tricks up her sleeve.

Initial Thoughts: I like her. I just hope she can deliver the creative alternative drag that she’s selling. She seems quite sincere and fun – I’m getting a good first impression.

Tom and I decided to do the draft again this season. We flipped a coin and I chose heads and won the coin toss. That means I got to pick first. We took it in turns to pick a queen until they were all gone.

As there was 15 queens this season and one of them was Vanessa Vanjie Mateo, we decided to make her a wildcard and we will be scoring her as an individual competitor that doesn’t benefit either of our own points.

I don’t know about you, but I’m excited for Season 11. I think it will be a refreshing change to see some new queens compete after the drama of All Stars 4. 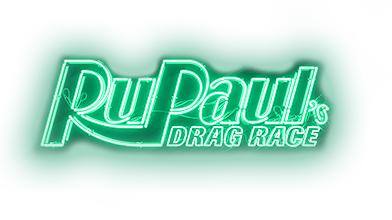