Jaymi Hensley stars in Joseph and the Amazing Technicolor Dreamcoat

For a while now, my friend Elisha and I have been saying that we wanted to relive our childhoods by going to see Joseph and the Amazing Technicolor Dreamcoat in person. It’s a show we both fondly remember from watching the Donny Osmond film version as children and now it was coming to Leeds and we thought we’d give it a whirl. Our expectations weren’t particularly high as we’ve always seen it as a ‘family musical’. We also thought it would be a tad dated and to be fair, it did come out in 1968 (51 years ago).

However, as we were watching the show, we realised that the vocals had definitely been updated to showcase more riffs and sass thanks to the leading man, Jaymi Hensley of the British boyband, Union J. When we heard the show had cast a pop star as the lead again, I felt the show would lose its appeal and become a bit too pantomime like but in reality, Jaymi killed this performance. 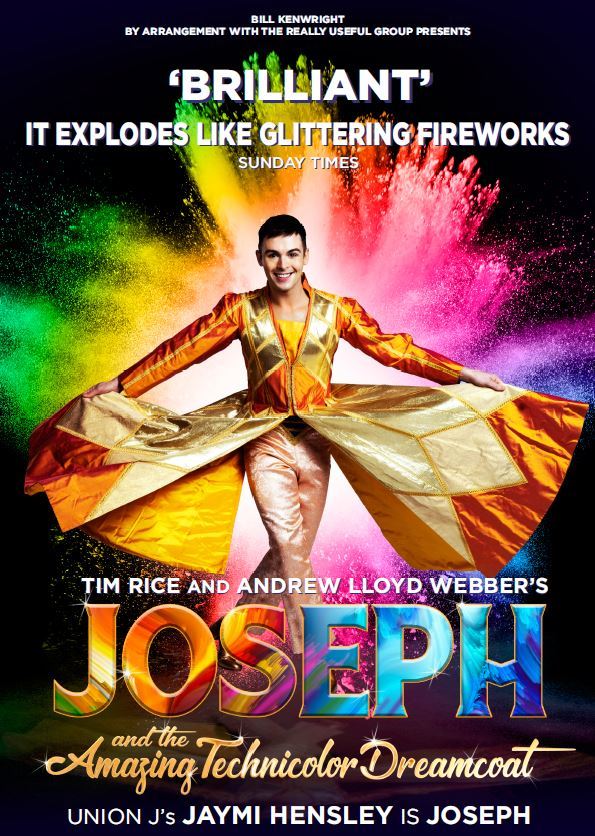 In the past we’ve seen numerous Joseph’s who have had interesting and varied television and music pasts; Jason Donovan, Donny Osmond, H from Steps, Joe McElderry and the silver fox himself – Mr Philip Schofield. With Jaymi taking the lead, I thought it would be another pop performance but holy hell this boy can sing! 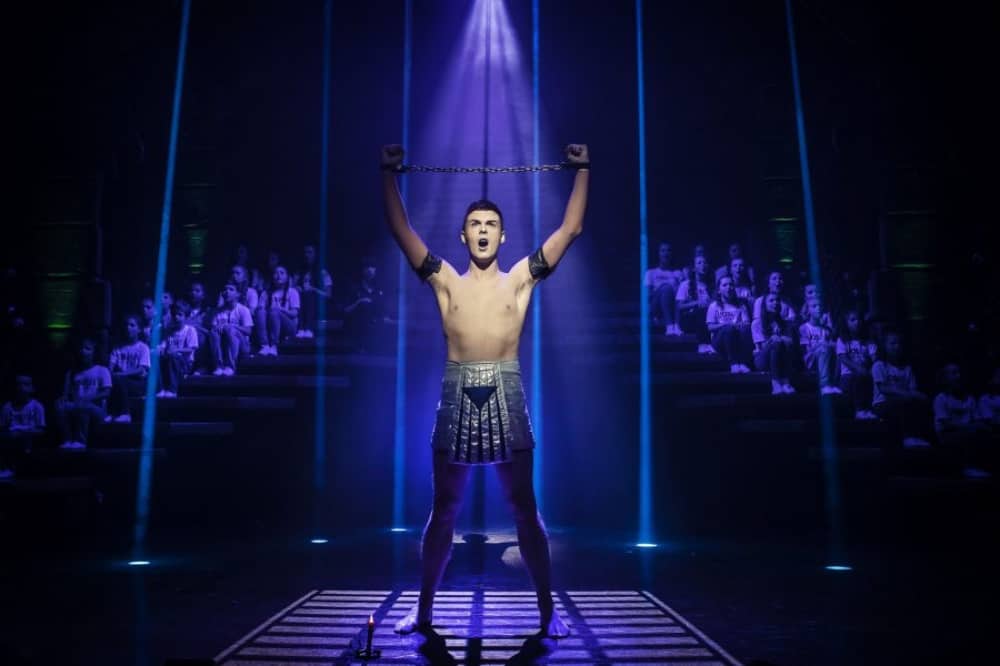 The show stayed quite true to the film version with minimal set changes and quirky props (like the sheep which flopped onto the stage, or the singing sphynx). 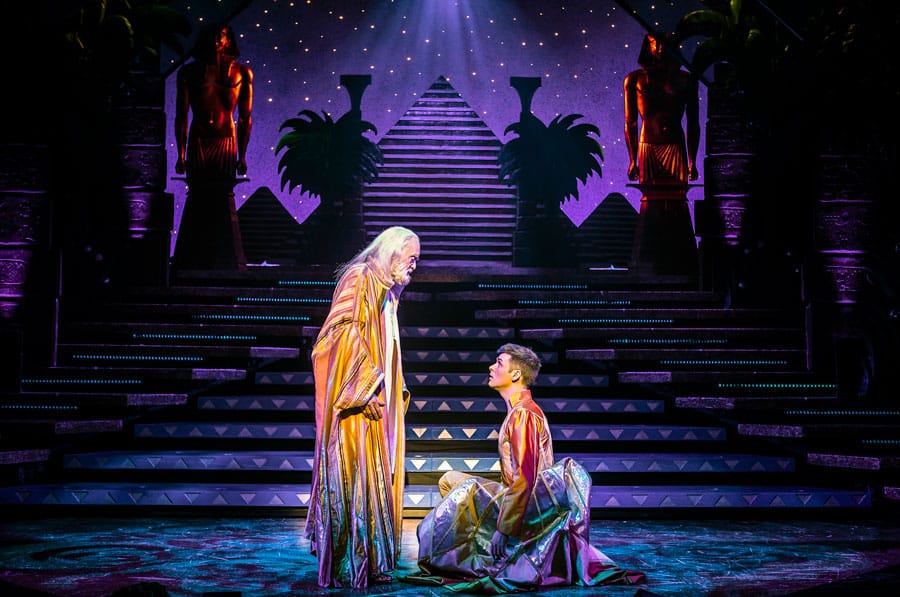 I just want to throw this out there… Jaymi is deceptively hot! Like the body was ‘woof’ but the fact he was such a powerful vocalist added to the sex appeal. I have to be honest, I don’t know how many reviews of Joseph and the Technicolor Dreamcoat talk about the sex appeal of Joseph but hey, I’m a visionary! 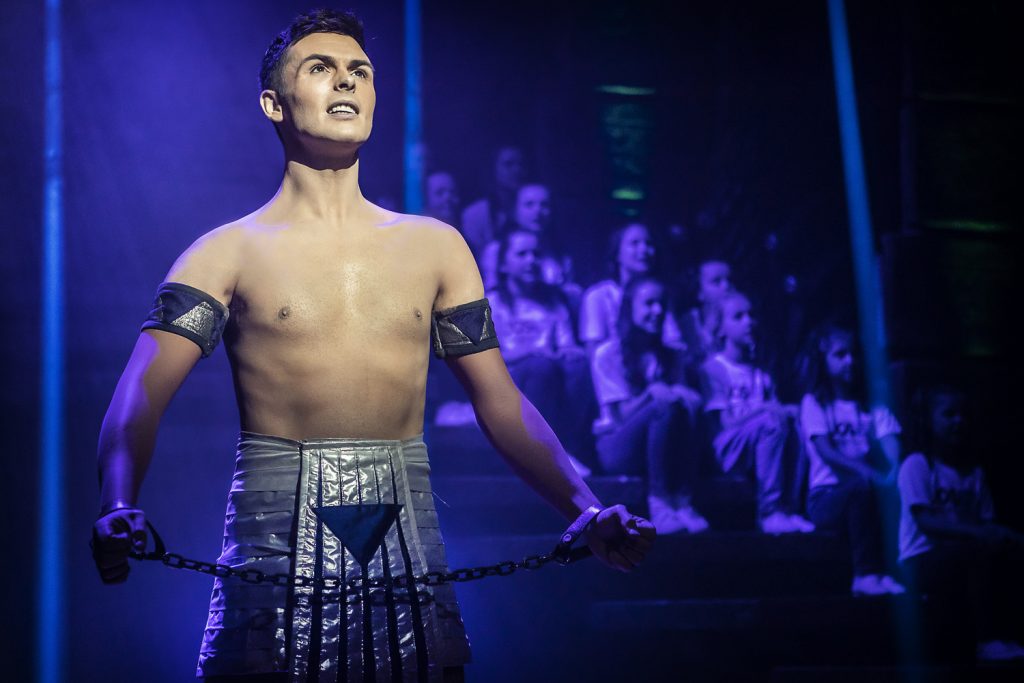 Overall the whole cast was great, Joseph and the narrator are the big roles in the show and they both were excellent. The narrator kept the flow of the show moving smoothly and I have to say, she had great vocals. 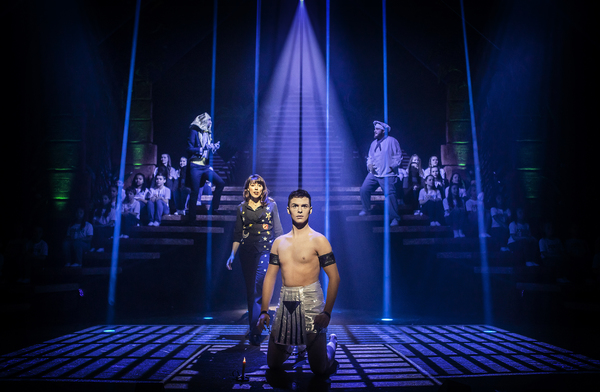 But I want to give another big shoutout to Jacob and his sons as they all were excellent. They act as the comic relief through most of the show. The brothers stole the show with the song One More Angel in Heaven and they got the good vibes going immediately with Jacob and Sons. 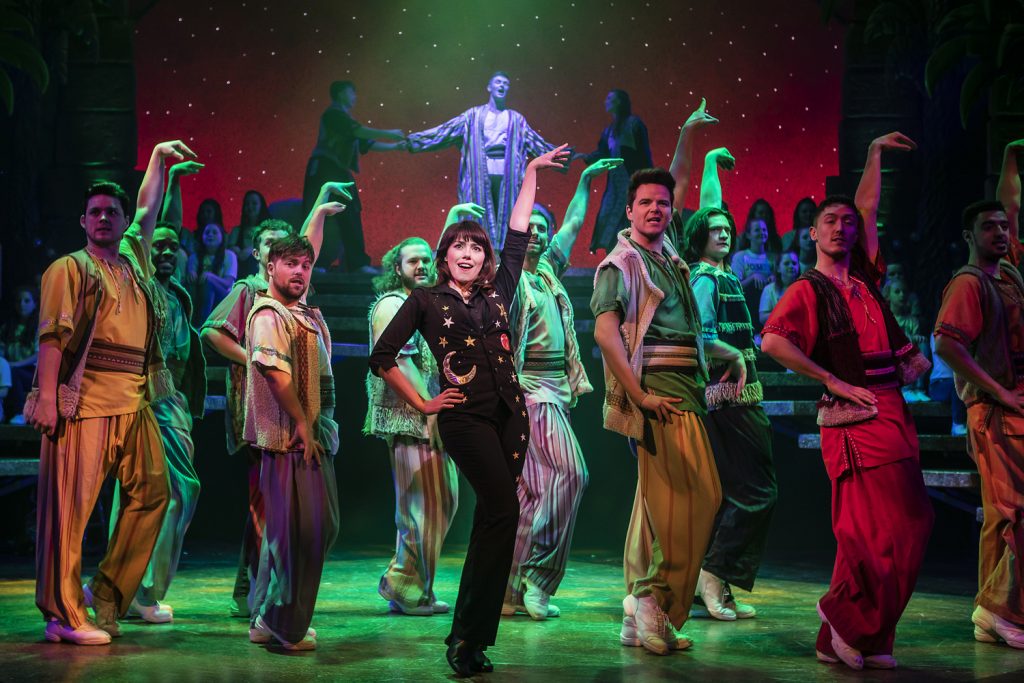 I urge you all to go and watch the show. The update has certainly helped this half a century show come back to life in full force. Yes, it still feels like kids musical but it had so many funny bits in it that will make any adult feel nostalgic. Elisha and I couldn’t wait for Potiphar’s song and when the line “come and lie with me dear” was dubbed over in a Yorkshire bloke’s voice, we cried with laughter. 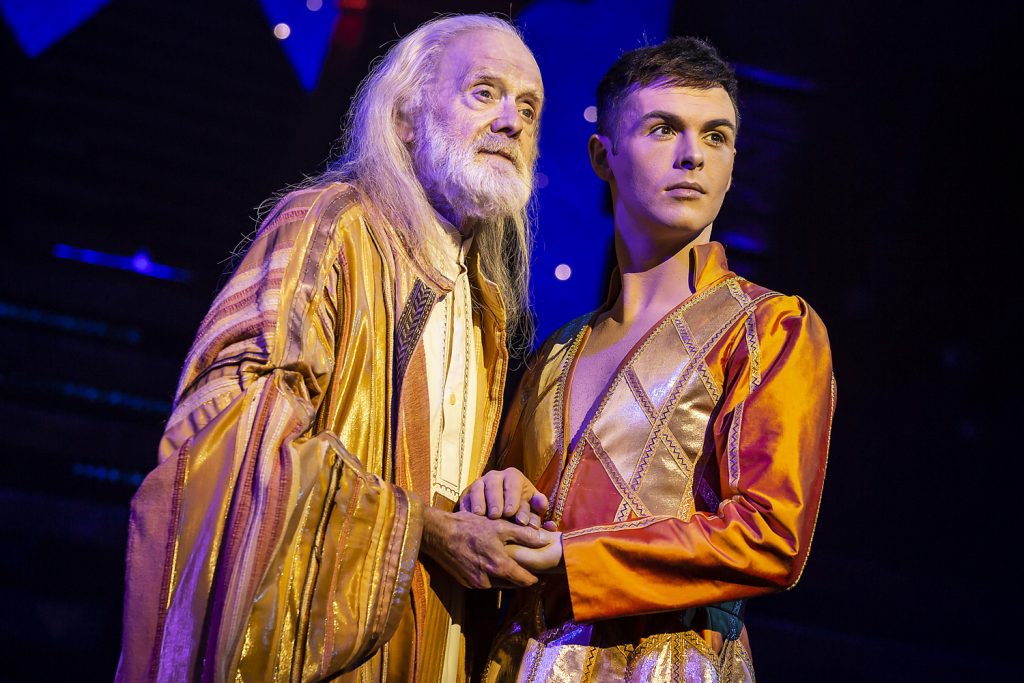 The show is still running in Leeds as well as touring the UK so make sure you get your tickets as soon as you possibly can. It’s not one to be missed. Why? Because Jaymi Hensley is both an incredible vocalist and a mega hunk. What more could you possibly want? 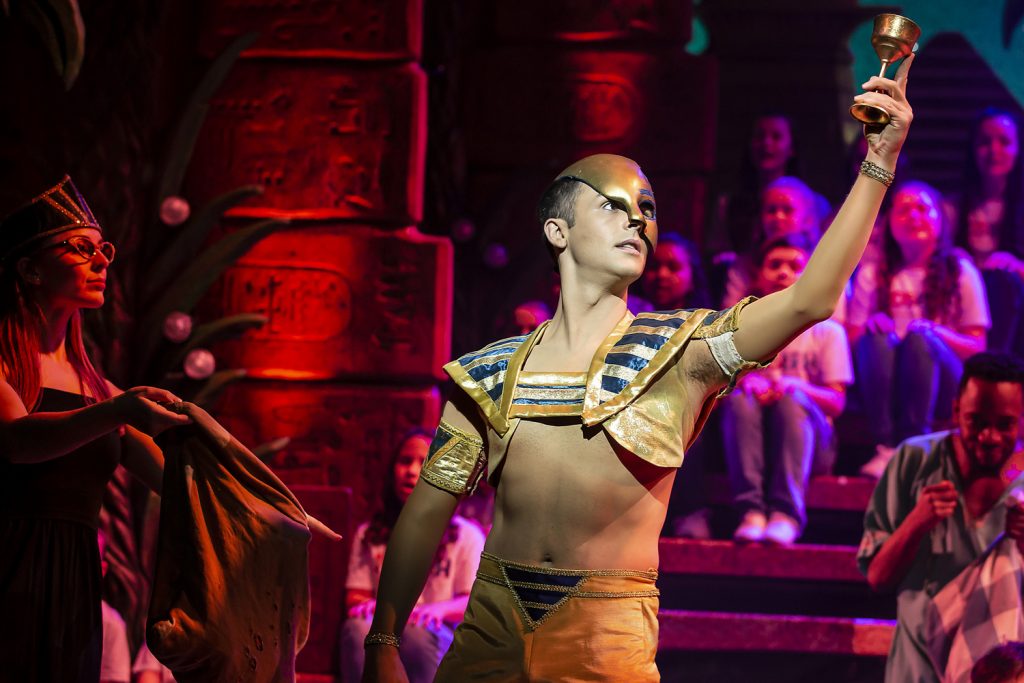 I will definitely go and see this show again when it next tours to see the changes (and who will be the next Joseph). I think it matched the fun-factor of the Donny Osmond film version and Jaymi has certainly marked himself as a Joseph that will be hard to beat.