The weird, wacky and WTF ‘Pride’ contributions in the name of capitalism

Strap on (no pun intended) your gayest garments because pride season is just around the corner! And you know what that means… brands are going to act as allies to sell merchandise! Hooray! As you know, LGBT month is prime time for brands to pretend their ‘inclusive’ by throwing some gaudy rainbows on whatever products they’ve got.

There seems to be a lot of “pinkwashing” these days. There are a few things in life that boils my piss and seeing brands that don’t really do much for the LGBT community slap a rainbow on some that during pride month is one of them. Not only that but I think it’s really important to know your queer history.

Pinkwashing (LGBT) – the promotion of the gay-friendliness of a corporate or political entity in an attempt to downplay or soften aspects of it considered negative.

Over the years a lot of brands have thrown some sequins, glitter and colour over miscellaneous items to prove their hip and supportive. More often than not, it’s by companies that just want to seem like their ‘part of it’ to sell more products – and they’re often tacky ones at that!

Why am I bringing it up?

There’s been one product that has become rather notorious recently after going viral on the internet. I’m certain you’ve all seen it, of course, it’s Marks & Spencer’s major miss that was the “LGBT sandwich”. 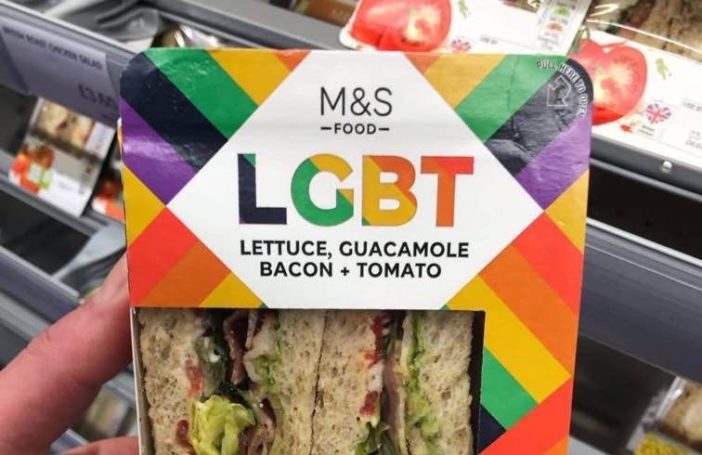 Sure, it’s nice to show ‘pride’ and solidarity. But honestly, who sat there in that board meeting and thought “you know what the gays want? No Carol, not equality… a sandwich where the ingredients make up the acronym ‘LGBT’, that’s what they want!” What on earth were they on when they came up with this idea?

Honestly, what were they thinking?! Granted, you can’t please everyone and I’m sure the intentions were good, but I’m surprised this got passed. 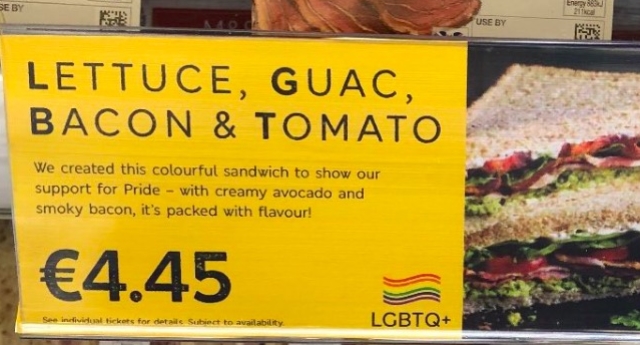 “Dad, please sit down. I have something to tell you. I know you thought I was sourdough because I’m always hanging out with girls but I’m… guacamole. Yes, I told my friends I was bacon, but that was just a phase. I’m guacamole and proud of it!”

I know it wasn’t made with malice, but things like this tend to push the LGBT community’s fight for true equality back. At the end of the day, we don’t want a rainbow packaged sandwich, we want to be able to walk down the street holding hands with our partner or to not have drunk straight women begging to be our ‘fag hags’ in gay bars.

And it’s not just sandwiches

If you struggle to rinse away your dick breath, fear not! Listerine has you covered with their latest “pride” mouthwash. Homocommodification doesn’t come much stronger than this! 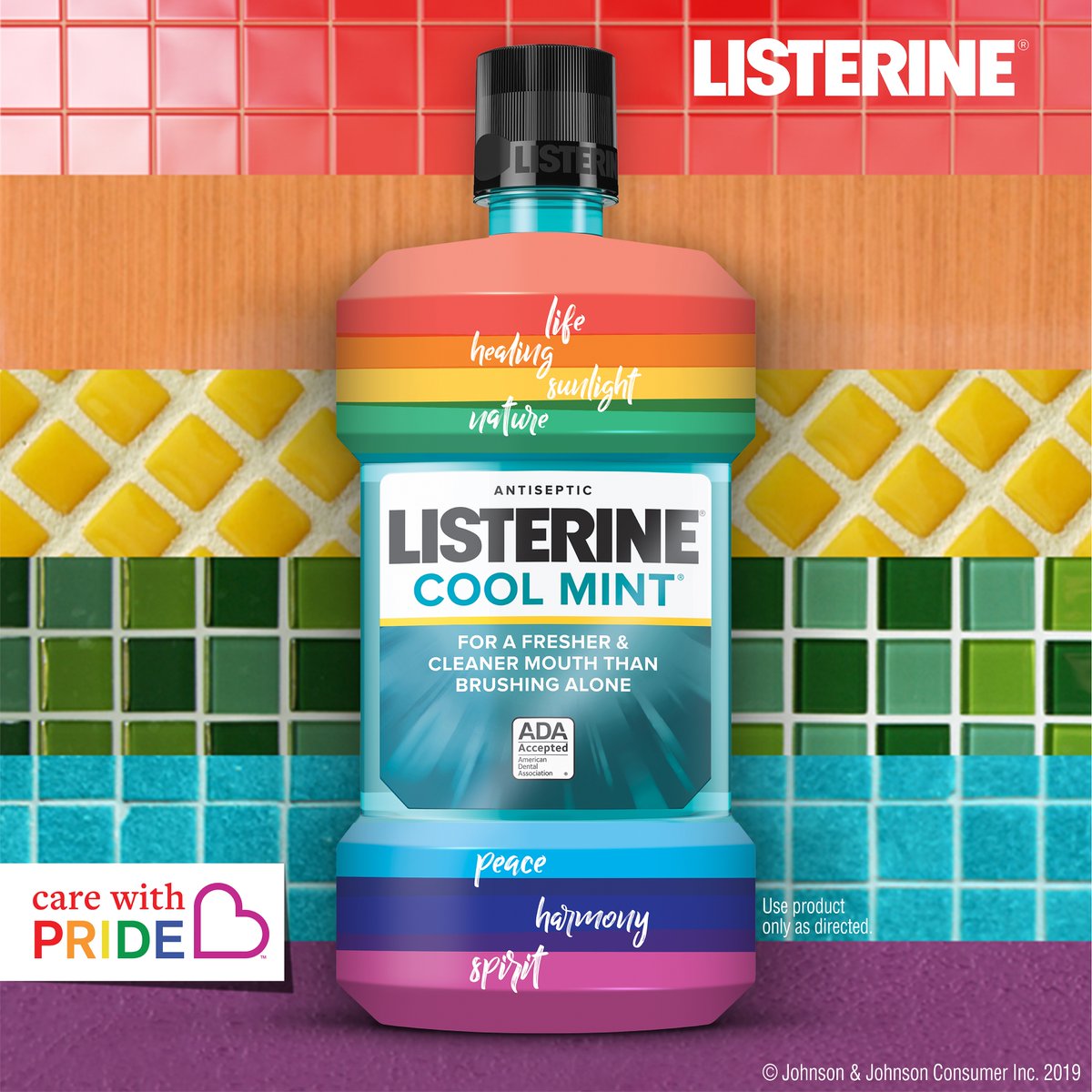 I know, I’m as baffled as you are. When choosing mouthwash, I don’t think about pride, I just want fresh breath. Putting a pride flag on a product doesn’t mean you’re supporting!

But the craziness doesn’t stop there!

We all know that President Donald Trump is a pure arse when it comes to LGBT rights and so it would be weird to see him selling pride merch wouldn’t it? Well… he has and he is. 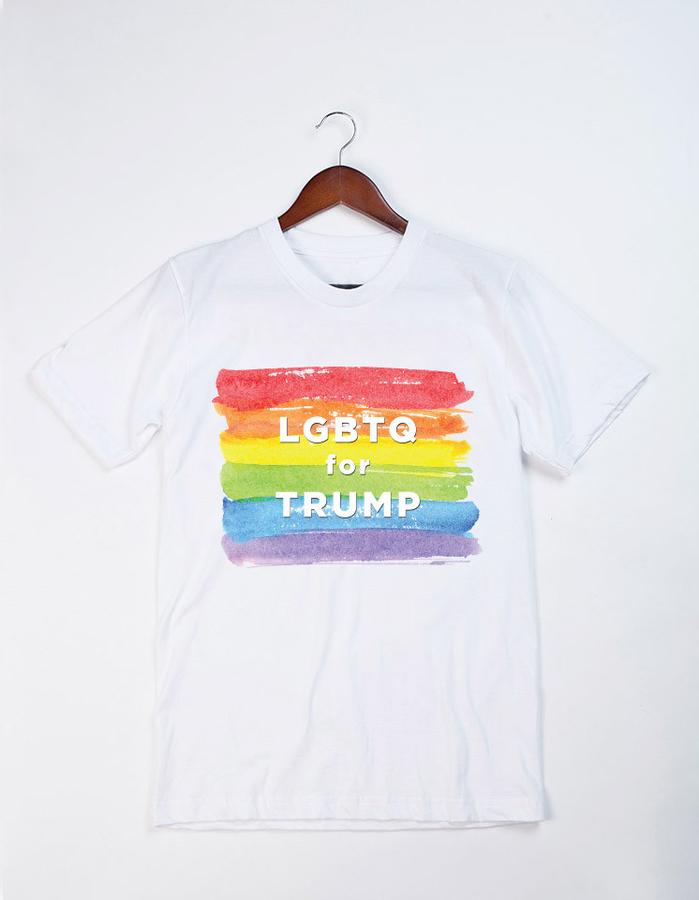 The president’s merchandise website has been selling this hilariously ironic pride t-shirt for a few years now. I don’t think he sees the irony in this as most of the gay community think he’s a twat. Still a dollar is a dollar! And you’re in luck, this t-shirt is now on sale so get yours today! Does Trump think he’ll sell many?

But there’s a silver lining

Not all brands are bad and not all bugger it up too badly. In fact, there are quite a few brands who really nail it and do wonders for the LGBT community. Absolut Vodka have been supporting gay rights for 35 years and they used to be one of the big sponsors of RuPaul’s Drag Race. But that’s not who I’m talking about today. We’re here to talk about IKEA – yes, the flatpack furniture shop!

On the June 1st, IKEA will be selling a colourful reworking of their classic FRAKTA bags for pride season. Bags (known as KVANTING) are out now in the UK and they cost £1.50 and all profits will go to the Human Rights Campaign Foundation.

You won’t be able to miss these big plastic beauties. I for one will be stocking up on a fair few as it’s a cause I can get behind. If you’re going to do pride merch, do it properly, give the profits to a worthy cause. Throwing a rainbow on something means nothing unless it’s actually going to help somebody in need, not just brighten up their wardrobe. 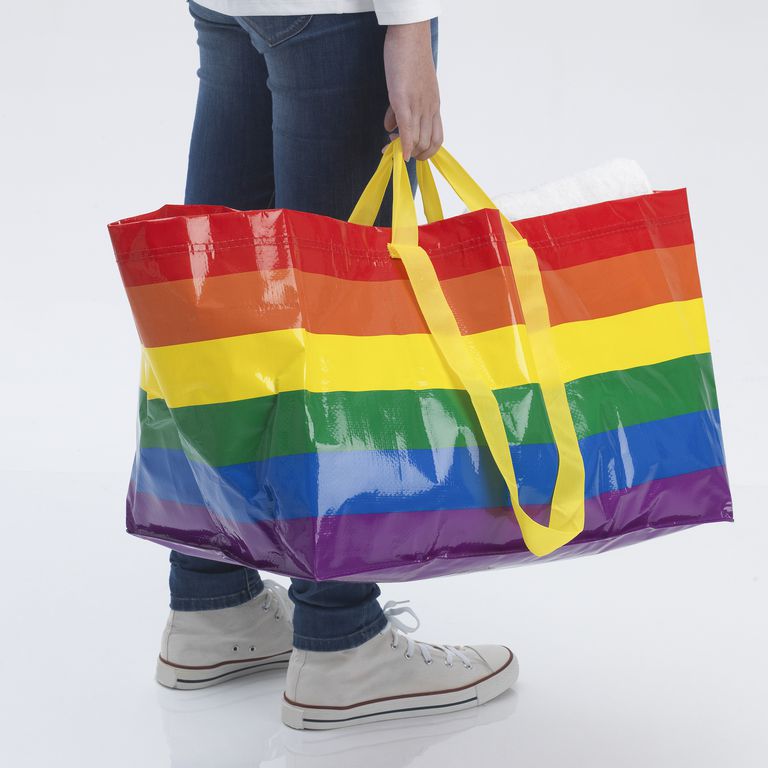 Pride should be all-inclusive

For most of you, I’m sure you’re aware that gay pride is an event that everyone can attend. You don’t have to flash your ‘gay card’ upon entry. However, a lot of people see it as a great day out to get pissed in the street. I don’t blame the straight people who come for a party, the LGBT community have been throwing the best parties for decades. Sure, others have tried, but nothing compares to a gay pride party.

This year a debate started about whether or not Manchester Pride should be selling £70 tickets to their event this year. Sure, they have Ariana Grande headlining but you shouldn’t put a price on Pride. One thing that I love about Leeds Pride is that it’s free for all who wish to attend. Leeds doesn’t get A-list stars, but it’s still a hoot. How many pride’s can you say you’ve been to where you’ve seen Black Lace, Lorraine Bowen and Sarah Harding? I know… what a lineup!

So as pride season approaches, I’ll say this now. Don’t stare, don’t be rude, don’t take pictures of people without their permission and don’t ask “so which are you?” Pride is a time for people to feel comfortable in their own skin, express themselves and have fun.