Another year has nearly come to a close and so of course, that means that we’re in the heart of ‘Office Christmas Party’ season. However, this one was a little different for me this year as I don’t have long before I actually finish my time at Happiest. I’ve been with the Happiest team for a year and a half, but now it’s time for me to fly the nest and head off on my next escapade.

‘New Year New Me’ and all that jazz. Of course, drinking and party games started in the office to get us in the festive spirit. We wrapped up work early so we could head off for food 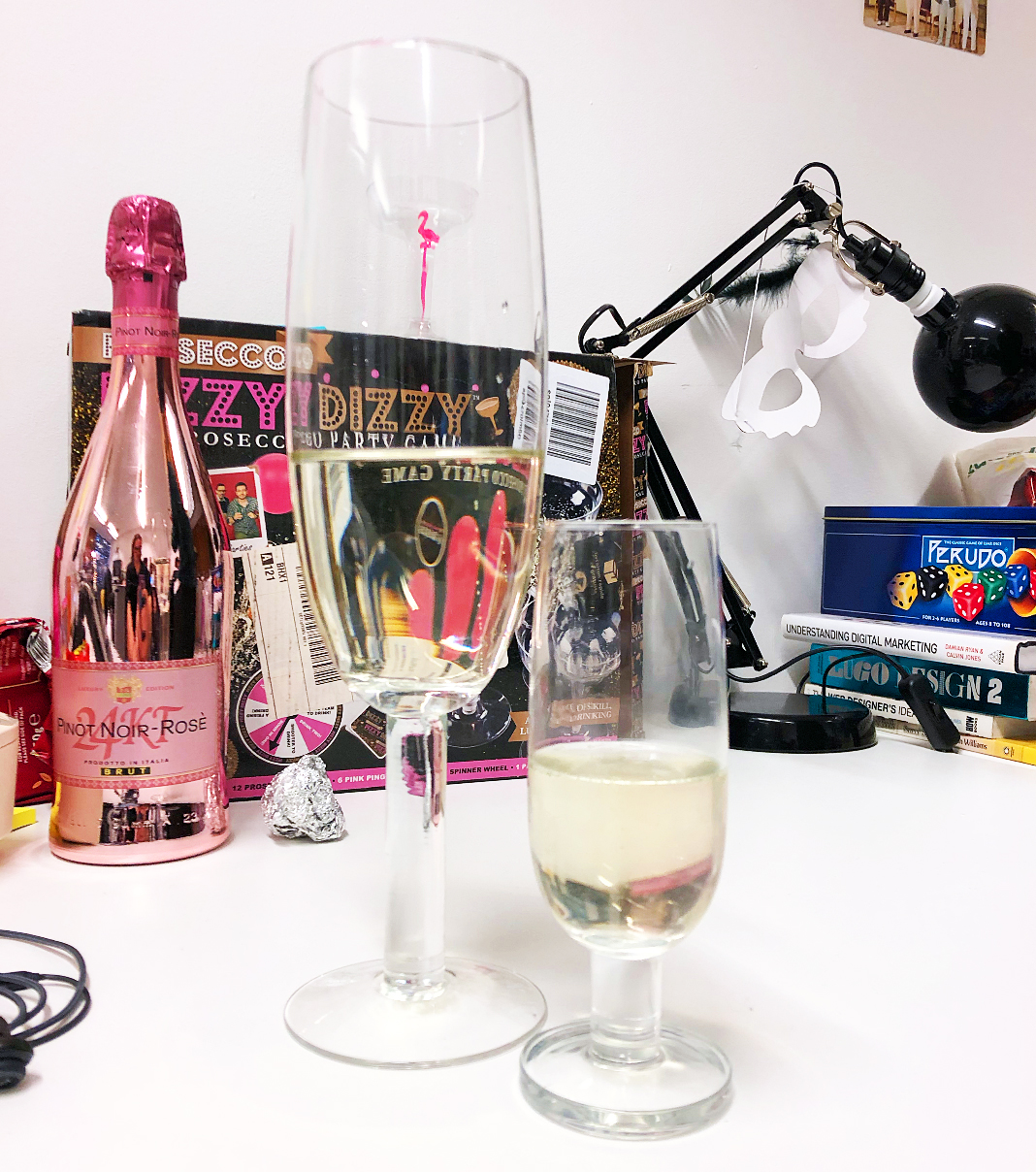 And ooft, it was beaut, we all headed down to Meat Liquor for some grub, cocktails and a few games of darts to line our stomachs before we started our crawl. Honestly, the food was lush, I had buffalo wings and cheese and onion fries and I would definitely go back for more. 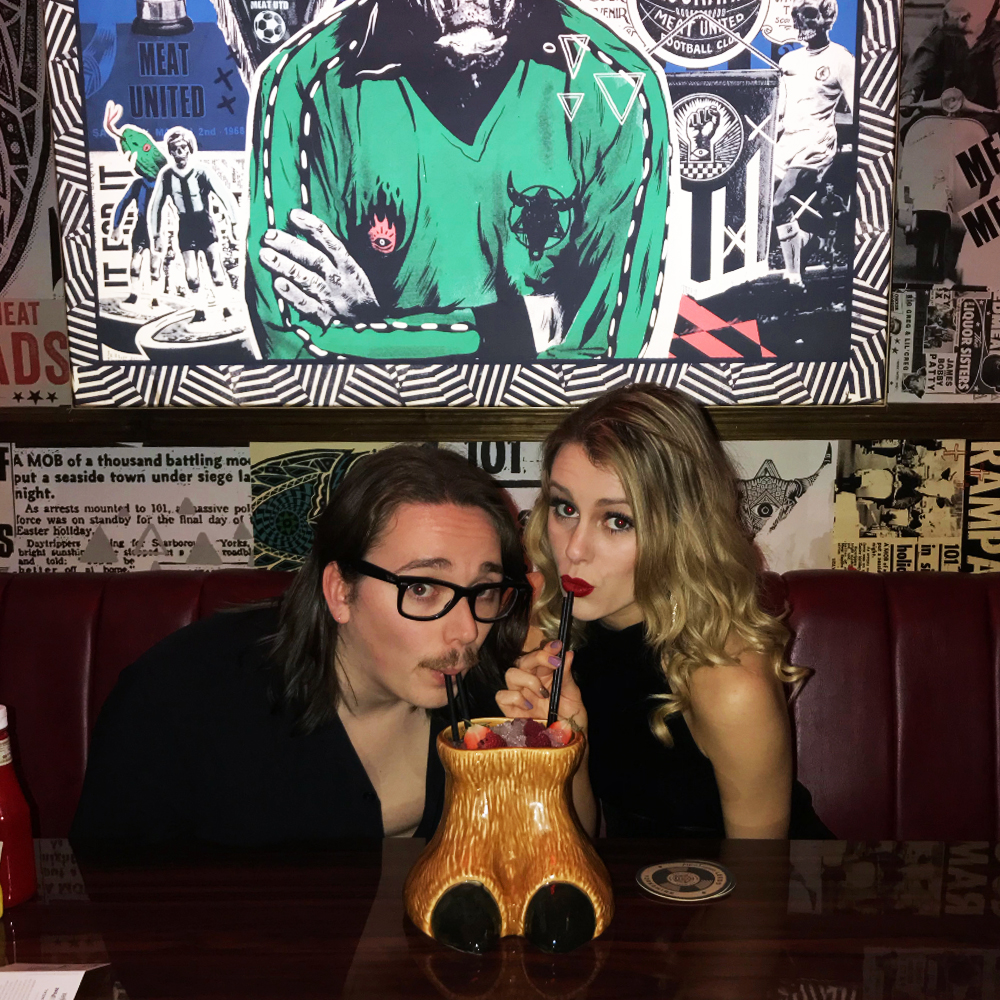 Elisha and I ordered a sharing cocktail called a Kammeltoe served in, yes, a camel toe. I don’t know what was in it, but it was fruity and delicious – and huge. I would not have paid for this drink on my own because it was pricey but Happiest had us covered. 💁🏻‍♀️ 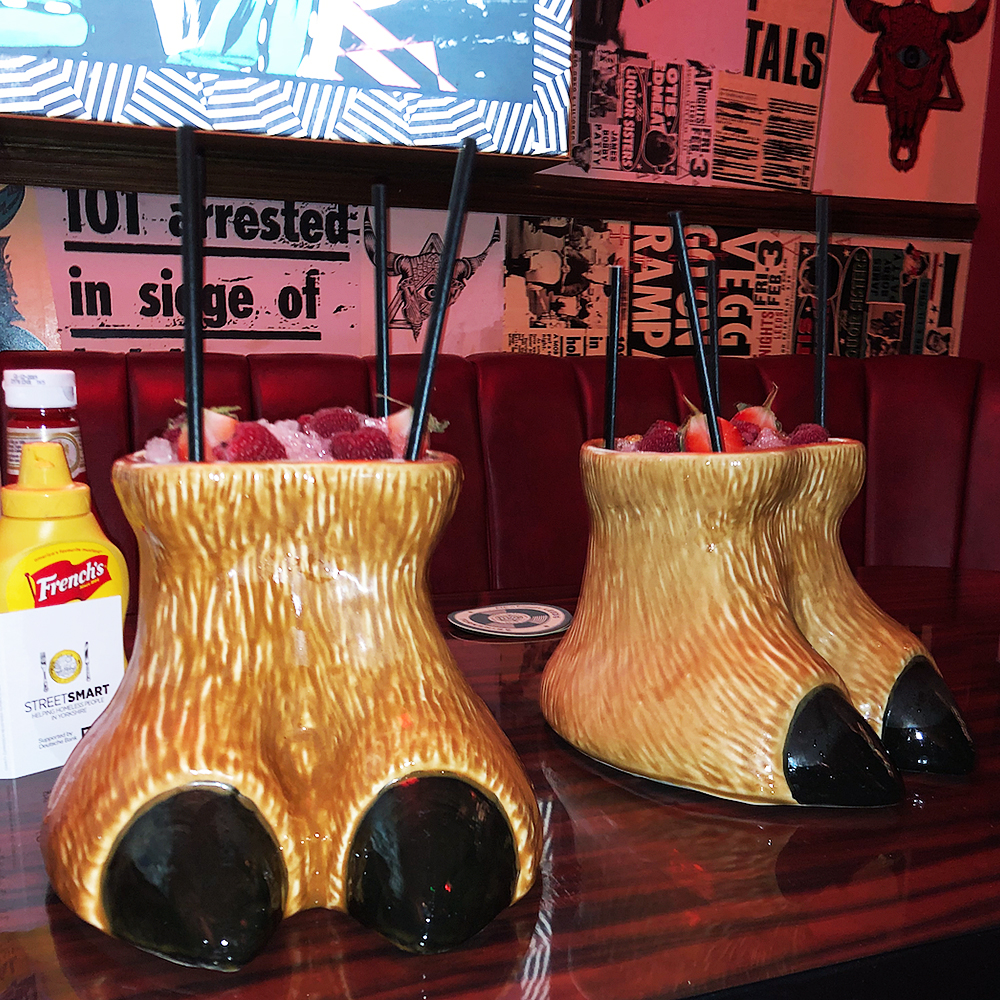 After that, we headed to Dirty Martini where we all had some basic bitch cocktails and took photos in front of a neon sign because I am own bae goals.

Yes, we all got a photo in front of the sign, we’re just walking talking cliches. Who can blame us, it’s fun to be tacky at times. 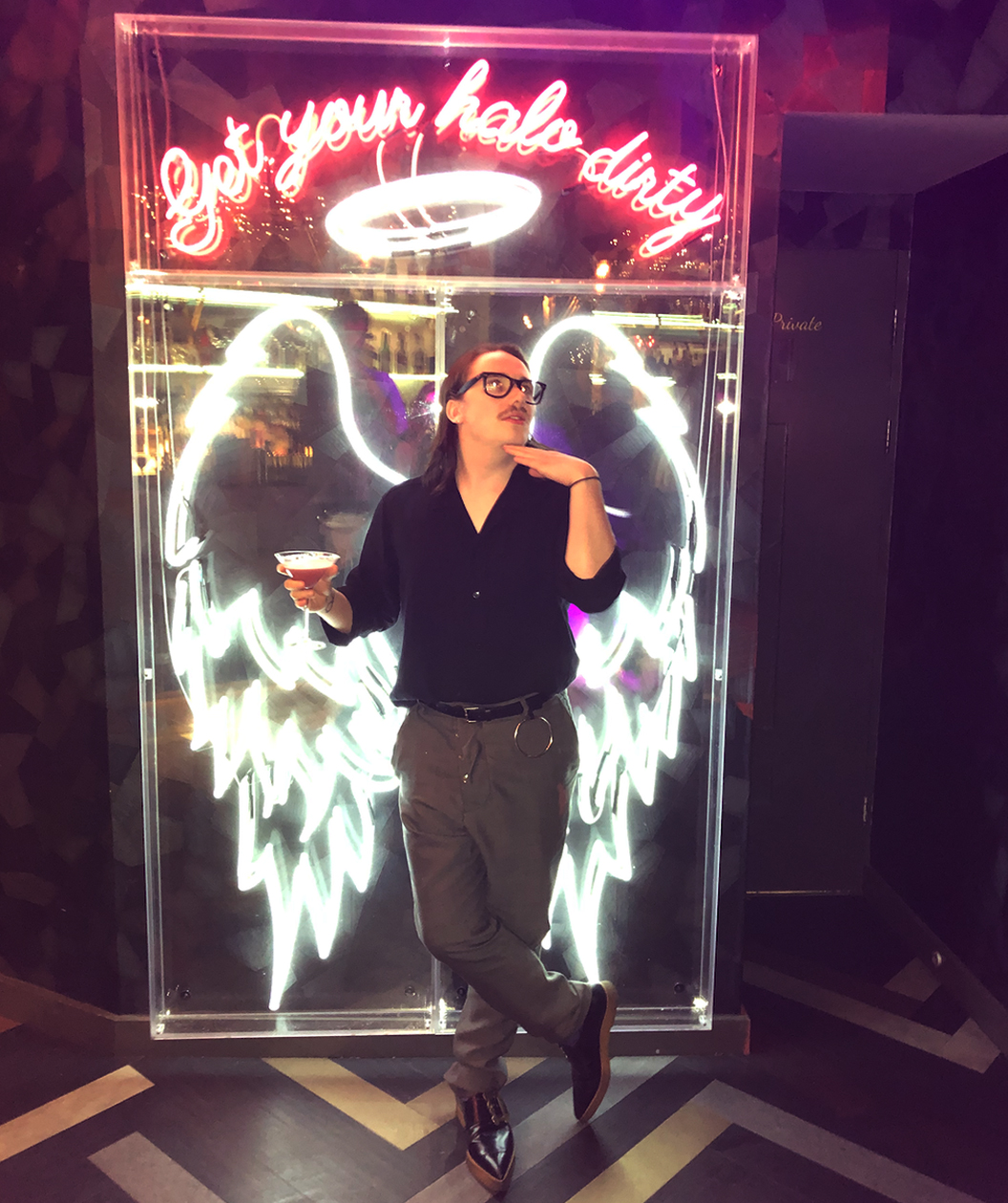 I also noticed this picture in the bogs, pretty right? But I wonder how many unwashed hands have touched this on their way out..? Either way, I want my own work in a lightbox on my staircase at home. 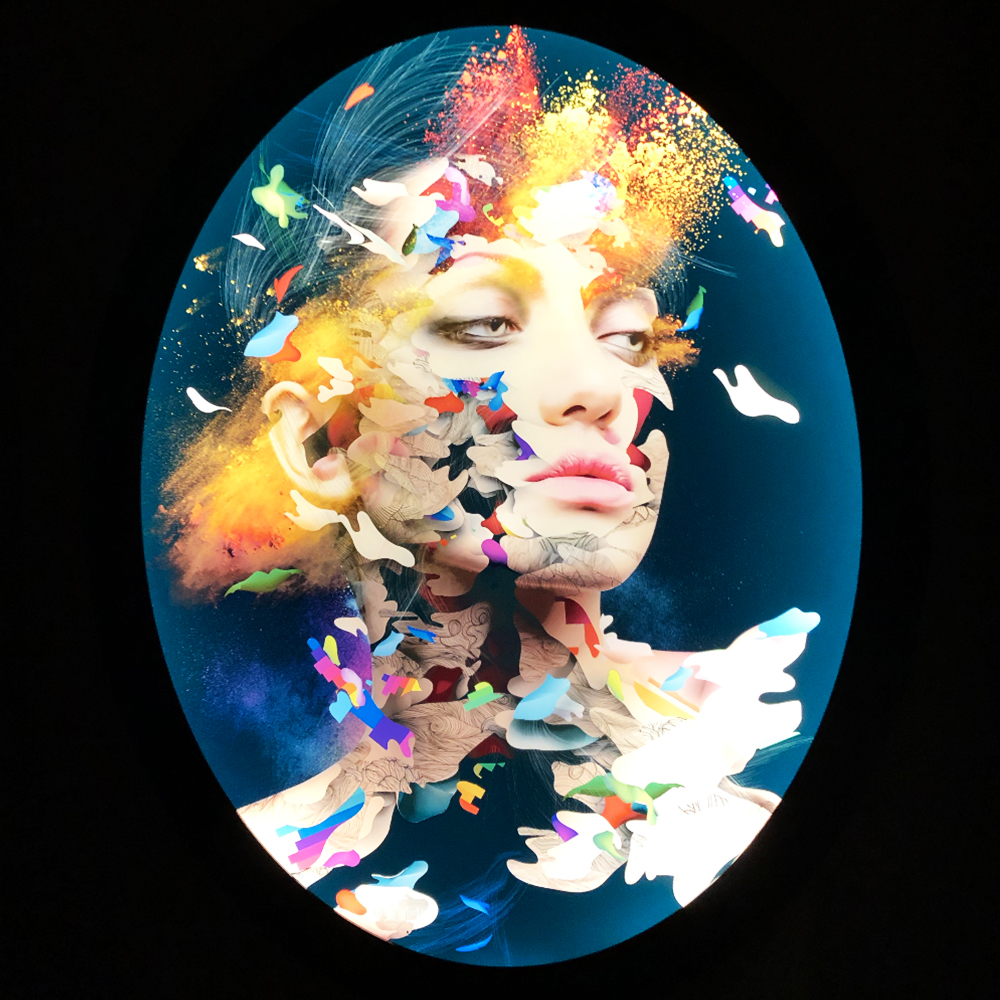 After Dirty Martini, it was time for some pissed putting at Junkyard Golf. At some point in the night, I found a statue of a squatting man, he’s now my future husband. 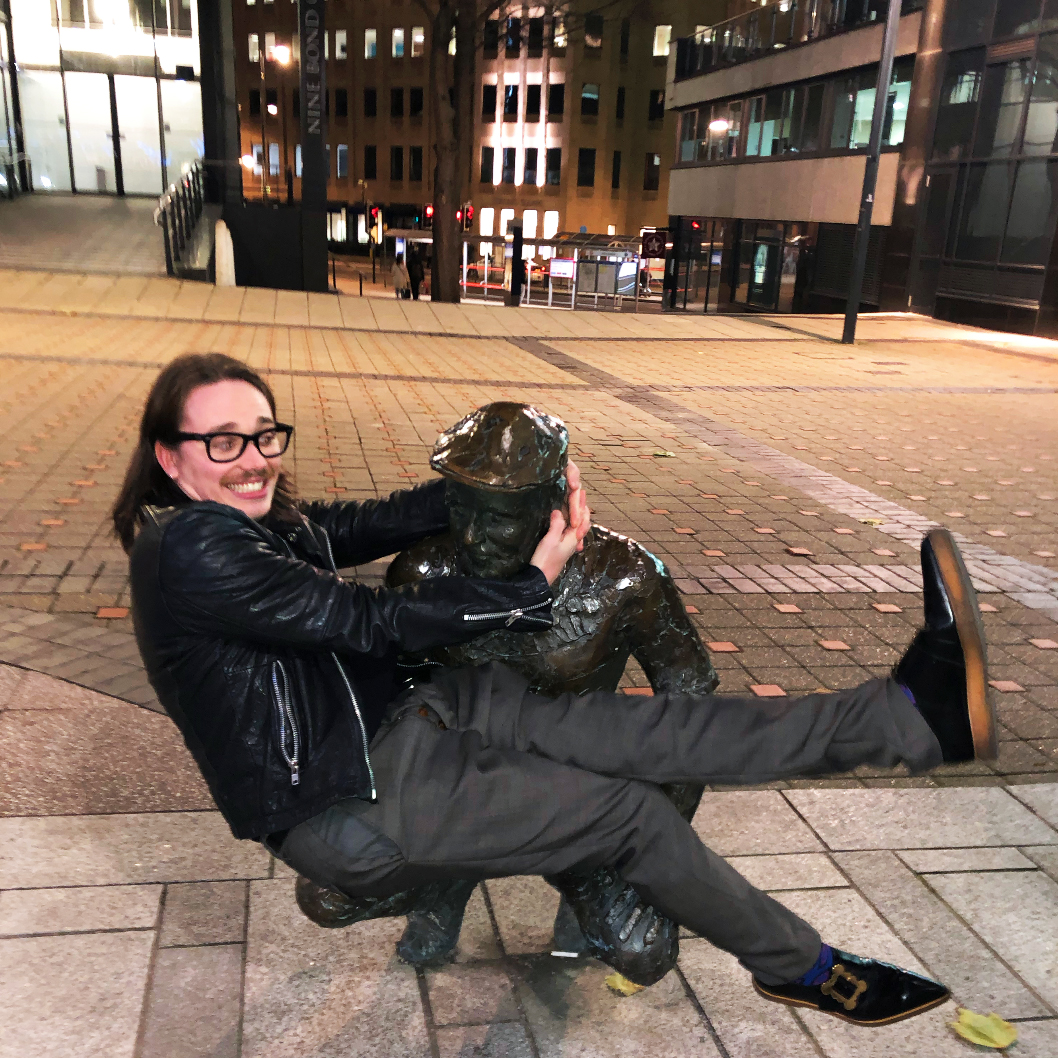 I also banged my knee on his as I tried to hug him. It must be love, but love hurts and now I have a huge scab on my leg. 😭

Elisha and I spotted the photobooth pretty quickly and then, of course, it was time for a very drunk team selfie.

Now, I don’t like to toot my own trumpet, but I am pretty damn good at mini golf. I’m being deadly serious, I smashed it. I even got a couple of hole-in-ones. 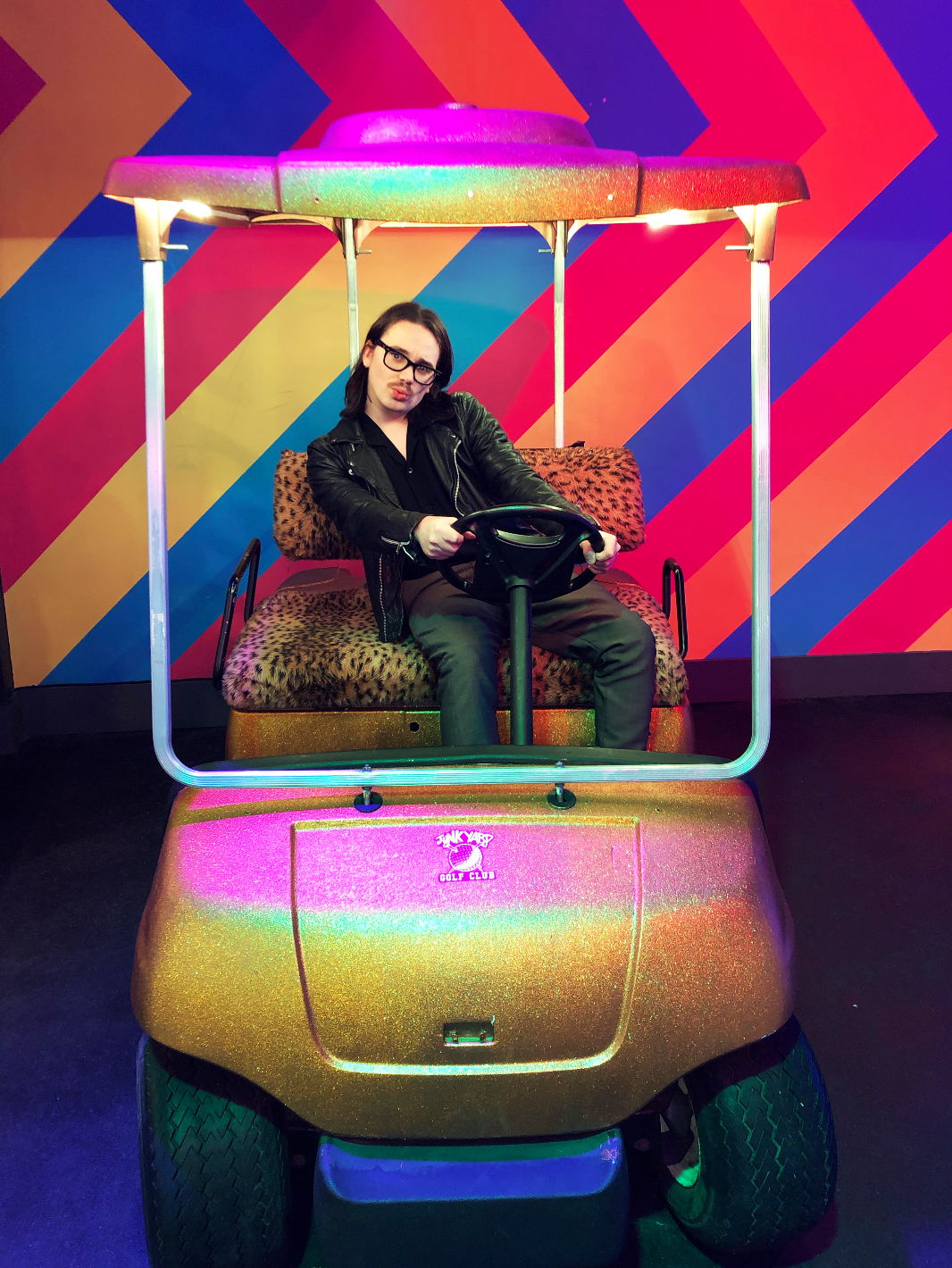 For those of you who haven’t been to Junkyard Golf, I can’t recommend it highly enough. The visuals are really gritty and fun – junkyard, duh. 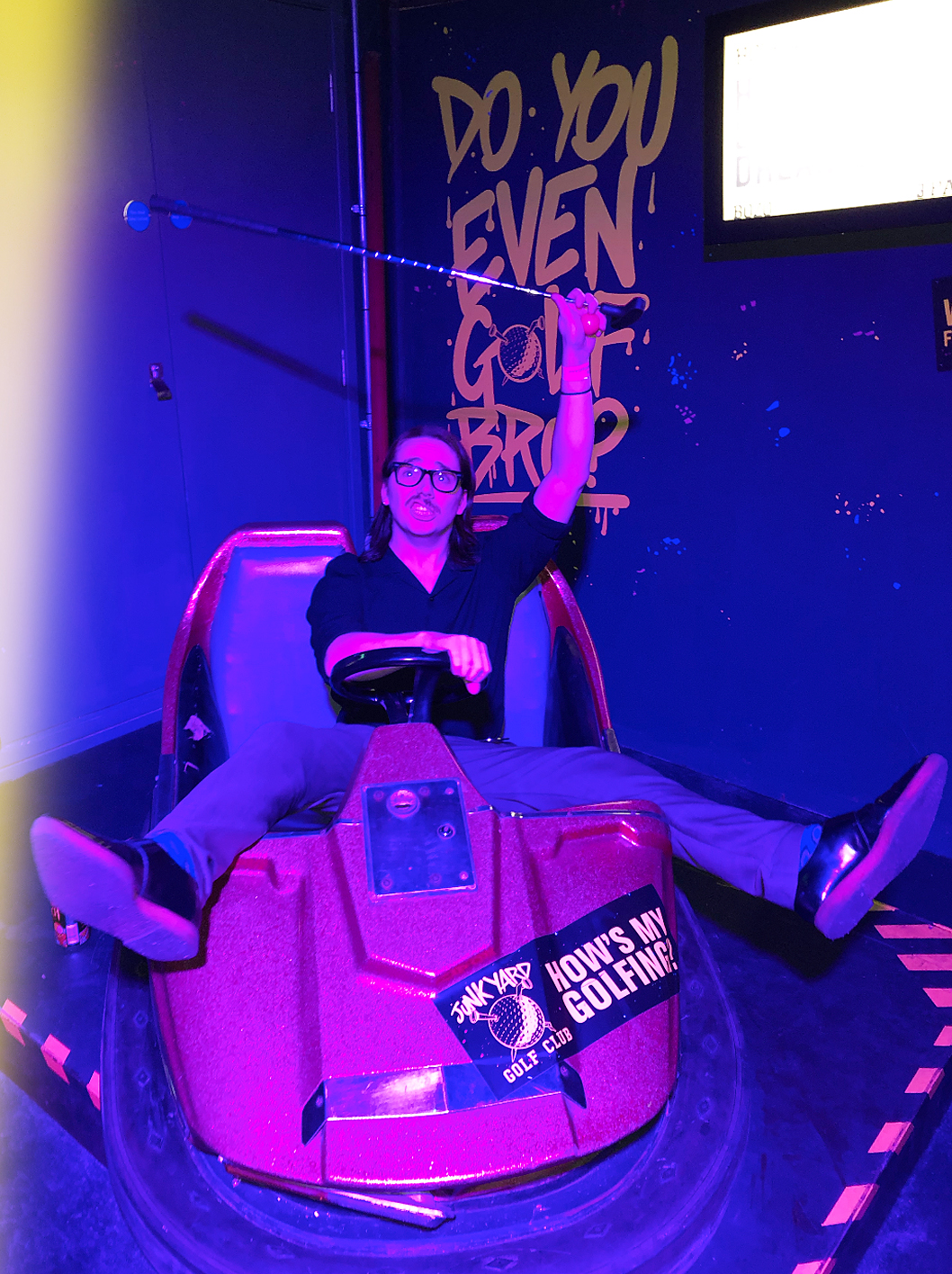 The props are interesting, each hole is varied so you never know what to expect and at no point did we feel bored as we waited for each person to play. 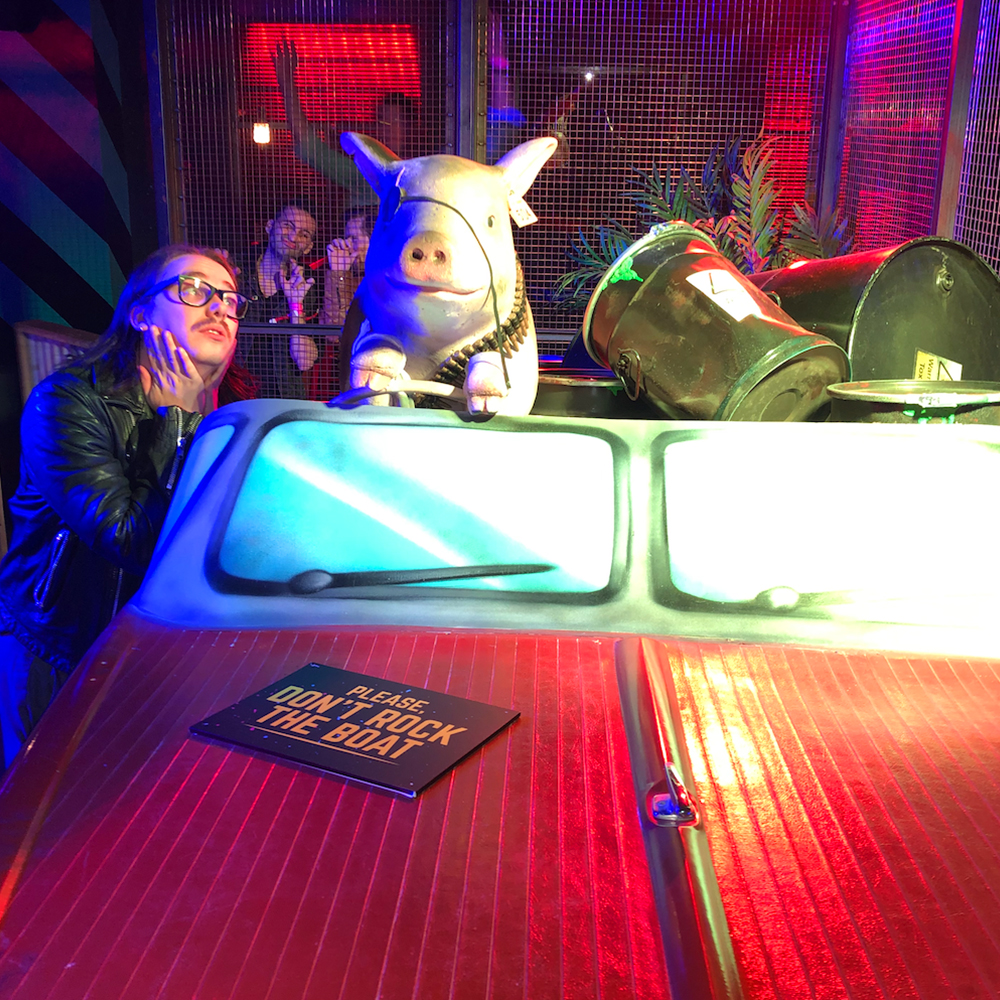 After golf was finished, it was back on the drinks and we headed up to Merrion Street to frequent the bars. We had a lot of shots, cocktails, beers. However, not all of us enjoyed the shots as much as the rest of us – specifically Elisha who had a cheeky vom with zero subtly. 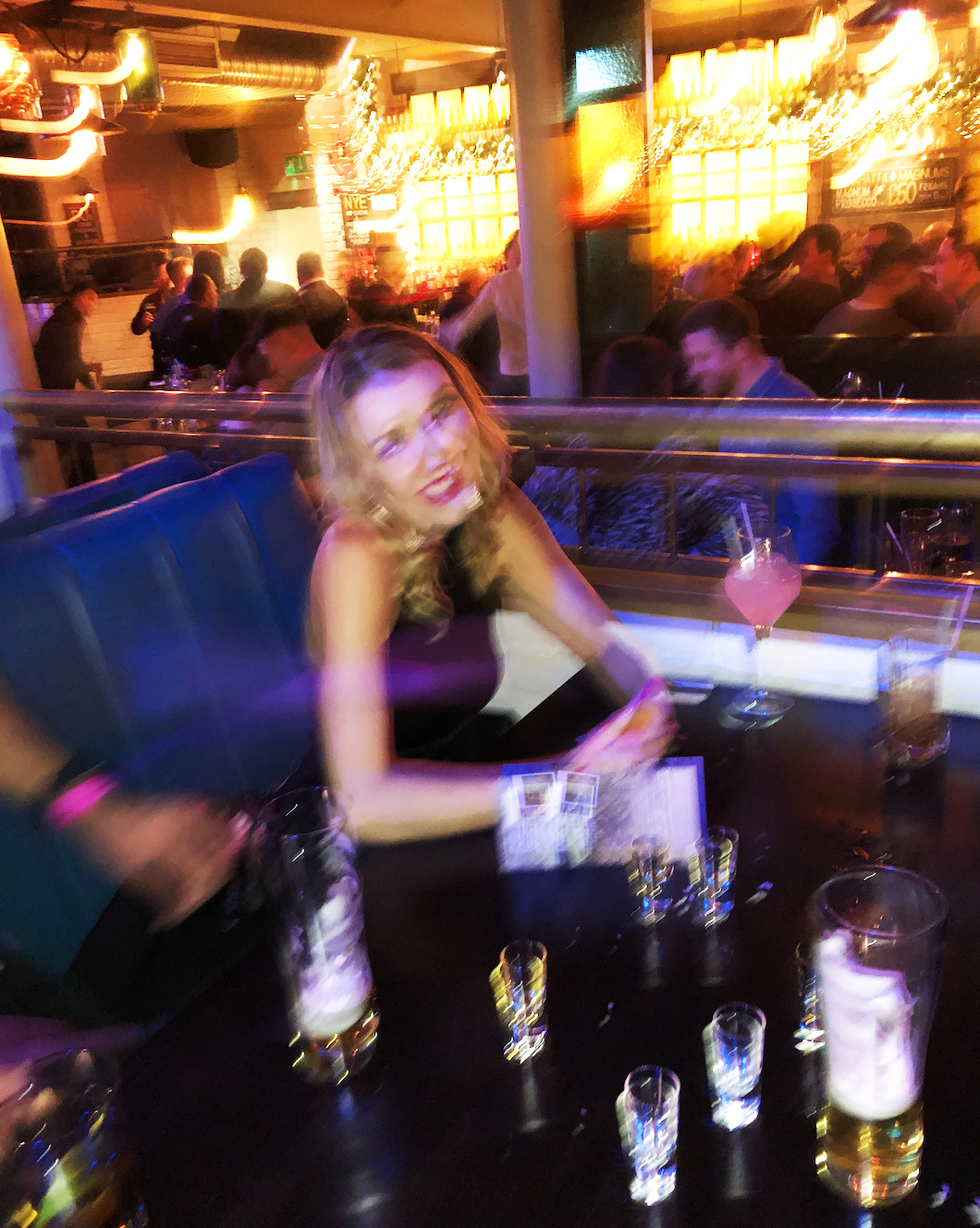 Of course, we all found this hilarious – as did Elisha so don’t worry, we’re not bullying. Let’s be honest, what isn’t funny about seeing one of your colleagues vomit within 2 seconds of drinking a shot. 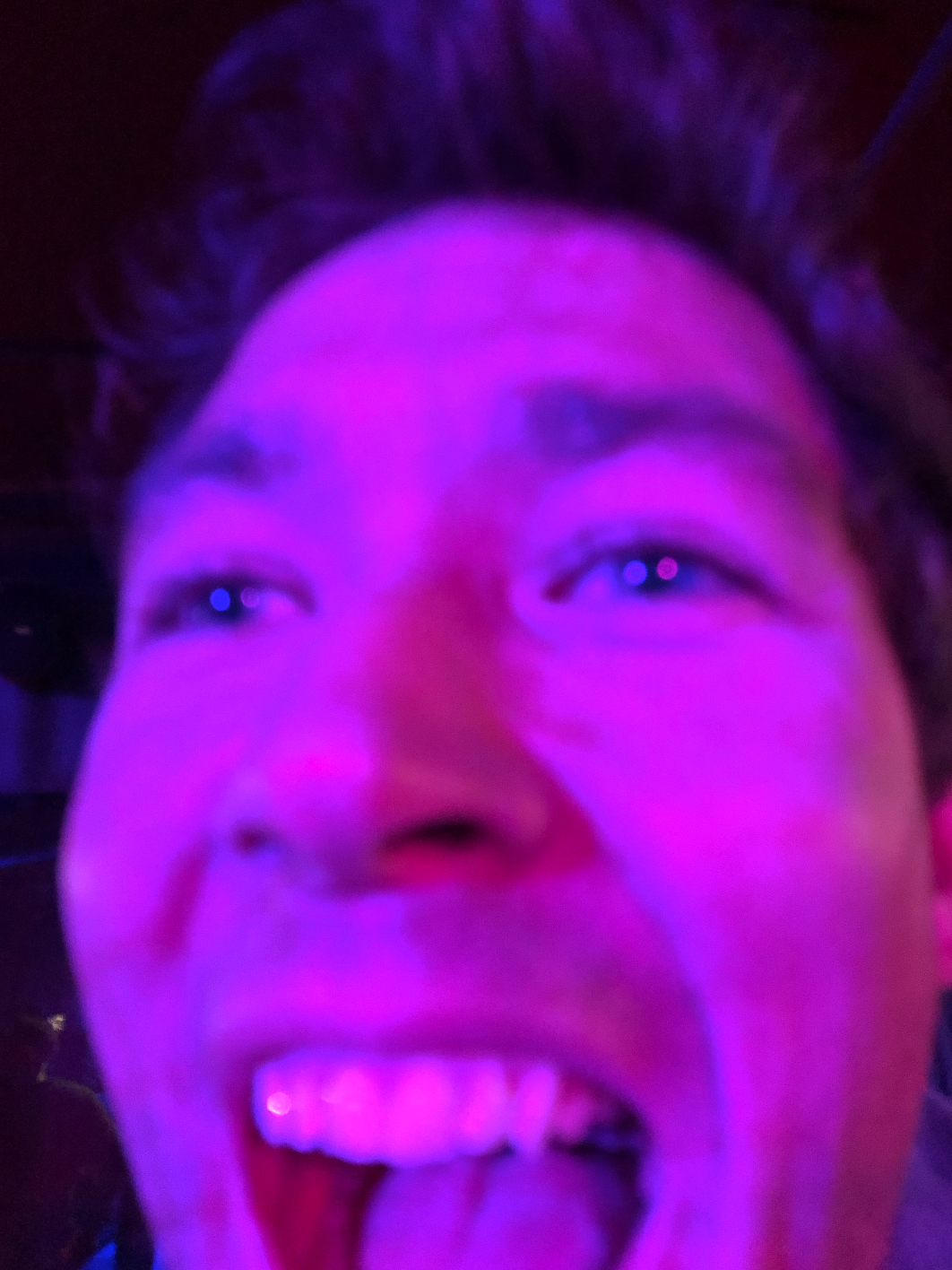 Although I didn’t vomit, I did feel as rough as arseholes. I don’t think I actually got home to around 5am which was stupid when I had work in the morning. Somehow I survived, I got an uber to work and I left my sunglasses on all day – I don’t know how the others stayed so fresh… Well, I do, most of them left before me, whoops.