I won’t lie, this decorating lark is getting right on my tits at the moment. Hard to believe, I know, but painting walls white is possibly one of the most sole-destroying and brain-numbing tasks I’ve ever had to do. And I used to pack and slice bread at ASDA!

But hey, I want in! We’re desperate to get inside this bloody house now. It feels like a never-ending task with no end-goal in sight. I know we’ve actually made a lot of progress. It’s not because I’m a highly efficient human being, oh no, it’s because I’ve had a lot of help from friends and family.

You’ve Got A Friend In Me

I’ve been donated furnishings, ladders, tools, sanders to name a few things. But more importantly, I’ve been given a lot of people’s advice and time – this has been a real help. Randy Newman‘s “You’ve Got A Friend In Me” is my anthem at the moment.

My knight in vest-like armour

Tom, in particular, has been keeping me sane through this process. Though we do squabble, I think that’s from my lack of patience with decorating. Tom is definitely much more ‘on it’ with manual labour than I am. I like making decisions, having a visual idea in my head and expressing it but I bloody hate having to do all the shitty tasks like actually painting the walls. Tom is definitely more hands-on with decorating than I am. But I still like to pretend I’m in control.

So much to do, so little time 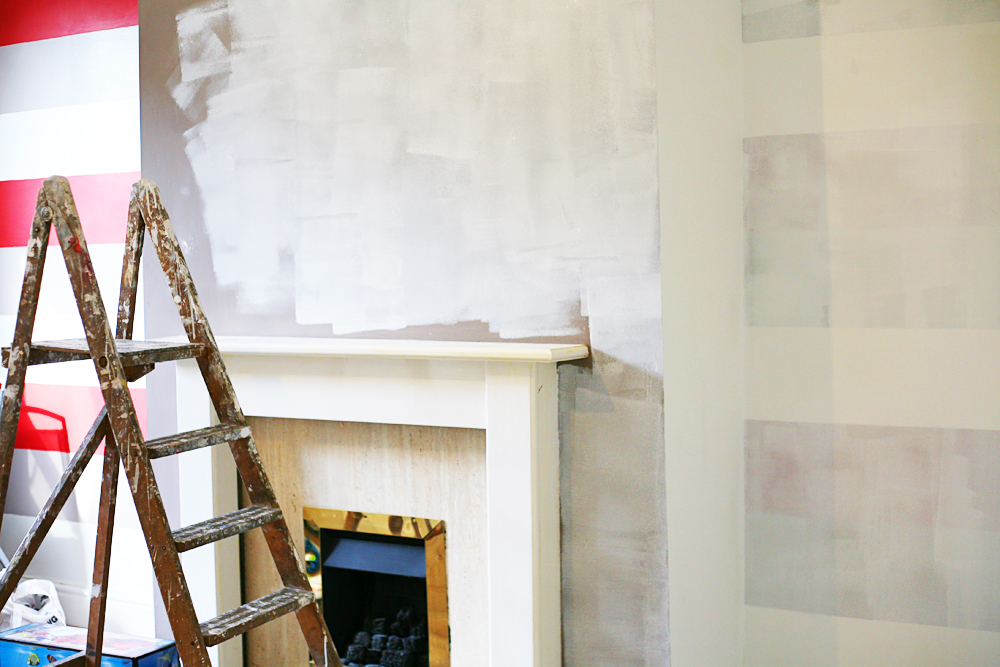 The living room so far has given me nothing but grief. I’m sure you all remember the downright vile “love” quote vinyl sticker thing that has left a permanent burden on my living room wall. Well, the previous owners felt very “expressive” with their designs as they decided to paint stripes onto walls and have a brown bloody fireplace wall thing. Honestly, I think Stevie Wonder helped pick out their colour palette.

Thankfully, a lot of people have been keeping me sane, especially in the living room that’s made me want to stick my head in the oven. The oven that we’ve had to scrape cat hair from the edges of the door. Had the previous owners been eating pussy pie?

My allergies have been well and truly triggered now that we’re getting on with the serious decorating. The painting has been fine, but once we started pulling up the carpets and painting around the hair-filled radiators I went from 0-100 pretty damn fast.

King of the carpets

Still, it all had to be done so we could get the carpet guys in to measure the rooms for us. Even with tears in my eyes and the faint smell of cat piss which has soaked its way into some of the underlay, we were making real progress and that’s all that really matters. The sooner we get into this house and we can start adding furnishings the better. 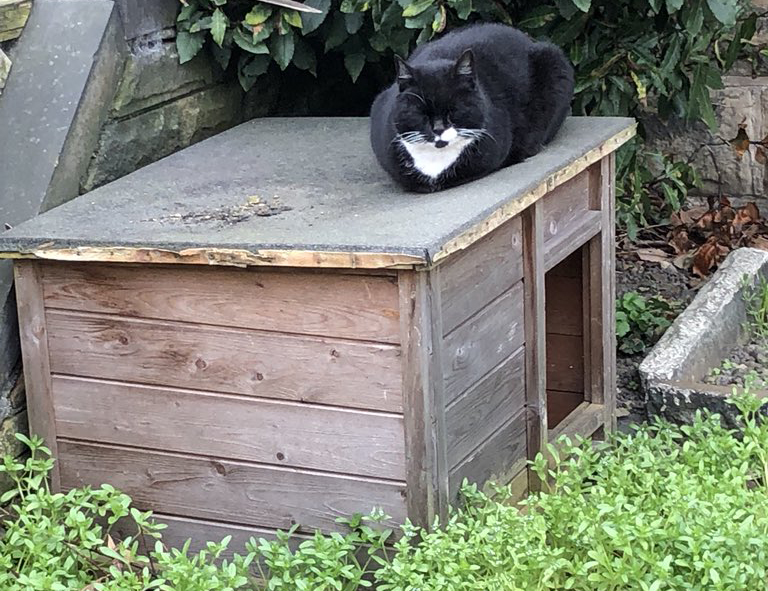 However, there seems to be one problem that seems to resurface every time I think the problem has been eliminated… The bastard cat with no tail that keeps coming back to the house hoping to be fed. Big mistake from Tom as he’s stroked it at least twice now. Now I know why he keeps coming back!

Frustratingly, as well as leaving the cellar full of garbage and a poor taste in paintwork, the previous owner seem to have also left an outdoor cat house which is attracting feline vagabonds.

Morally, I don’t know what to do in a situation like this? I don’t want to keep the cat because I’m allergic and I want to get the garden done for summer.

But where do I go about removing this old cat house that this turd seems to try and haunt? Can I burn it down and make it look like an accident? I’m starting to sound like a psychopath but trust me, I need a restraining order out on this feline felon.

Thanks very much to everybody who’s helped out so far. I want you all to know that you’ve got a friend in me!