The first queen has departed and now the competition has become real for the queens. After Soju’s departure, the queens ventured into the werkroom to discuss the first challenge. But the queens weren’t feeling the same way I was. Scarlet said she felt like her dress should have been in the top and I absolutely agreed yet all the other queens looked at her like she was delusional.

Personally, I thought she did pretty well. Oh well, another day, another challenge. Ru came into to give the queens their next mini challenge and, as we’ve seen on a previous season, it was a photobomb challenge.

It’s a hard one to rank really because the queens are advantaged by what pictures they’re given to work with. Anyway, I won’t delve into it too much, both Silky and Brooke won the mini challenge which made them team captains for the main challenge. 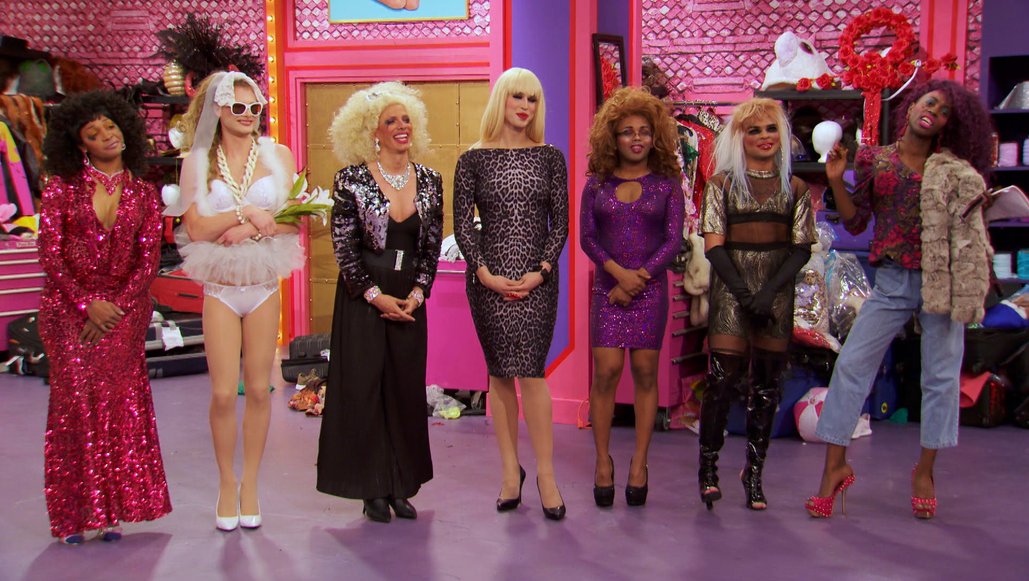 The two winners then picked the queens they wanted for this week’s acting challenge. One team were performing in Why It Gotta Be Black Panther and the other team got Good God Girl, Get Out!

I have to admit, the Black Panther team had the shitter script. However, I felt and their performance wasn’t particularly impressive as well and two wrongs certainly didn’t make a right. 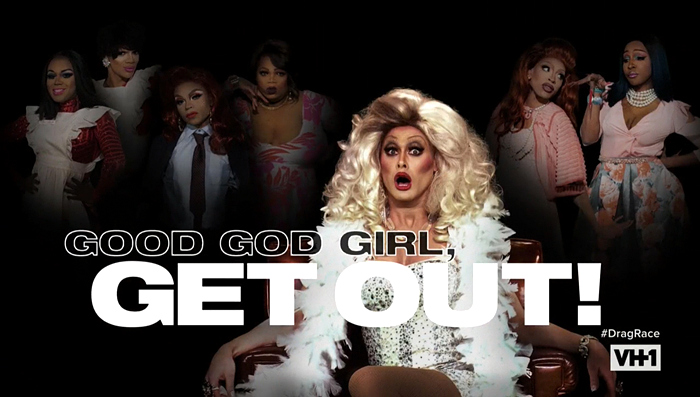 The other team, however, that felt like a better acting challenge. Scarlet killed this challenge. Yvie also did a great job and although it wasn’t the best performance, I think Silky did pretty good too. 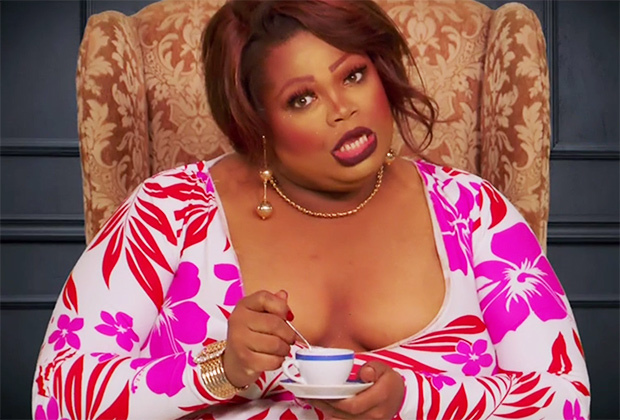 But the best bit by far had to be watching Mercedes Iman Diamond try to say “Opulence, you own everything”. Soju must be fuming that her cyst meme has been overshadowed by “opulence”.

It was a pretty simple challenge and there was a pretty clear winning team, so I’ll get straight on to the runway.

Category is: Zodiac, What’s Your Star Sign? – Toot or Boot

The queens had to don their best star-sign inspired clobber for the runway this week. I have to say, that I was a bit gutted that none of the queens was a fellow Cancerian. I would have loved to have seen someone come dressed as a crab. 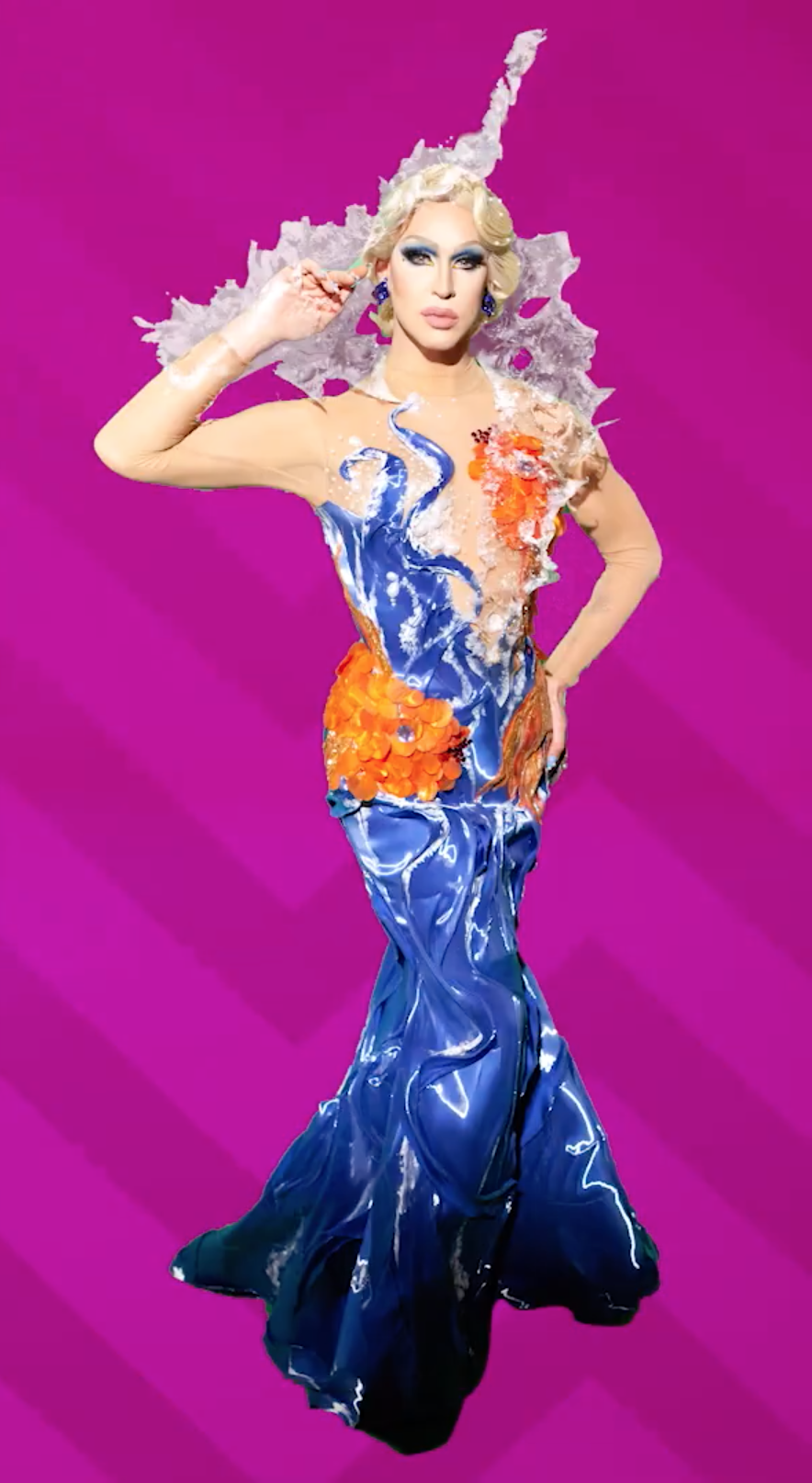 The iridescent wet look of the fabric on Brooke’s dress looks incredible. The splash effects around her neck and on her head are even better. This was a beautiful look. 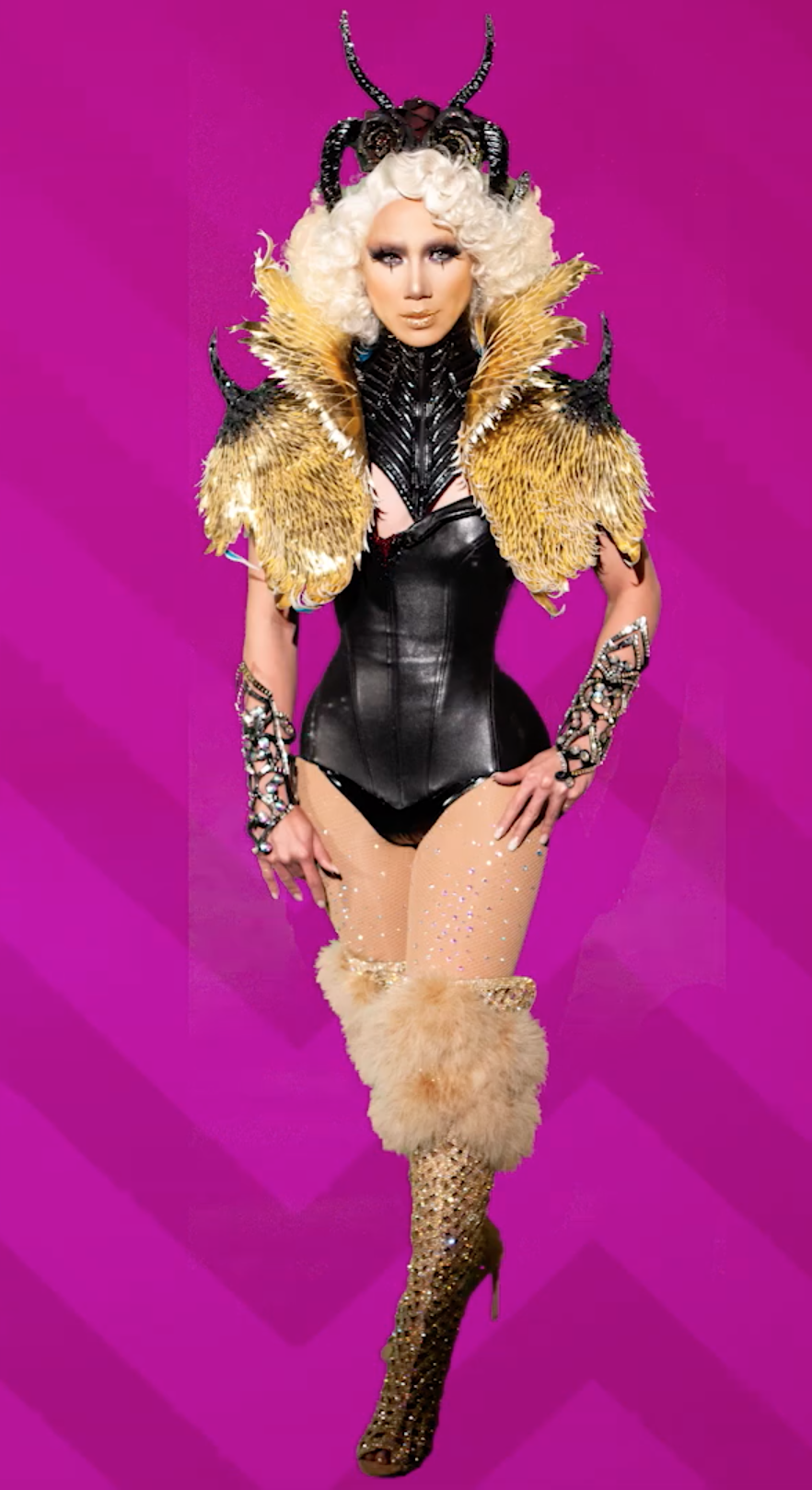 She looks great. However, I hate that she wore the same boots as the main challenge this week. Also, I think her look was quite hard to pin down as a specific zodiac character. I noticed as well that the gold shoulder thing she’s wearing is the same as the one Alyssa Edwards wore on All Stars 2 (but Alyssa’s was silver). 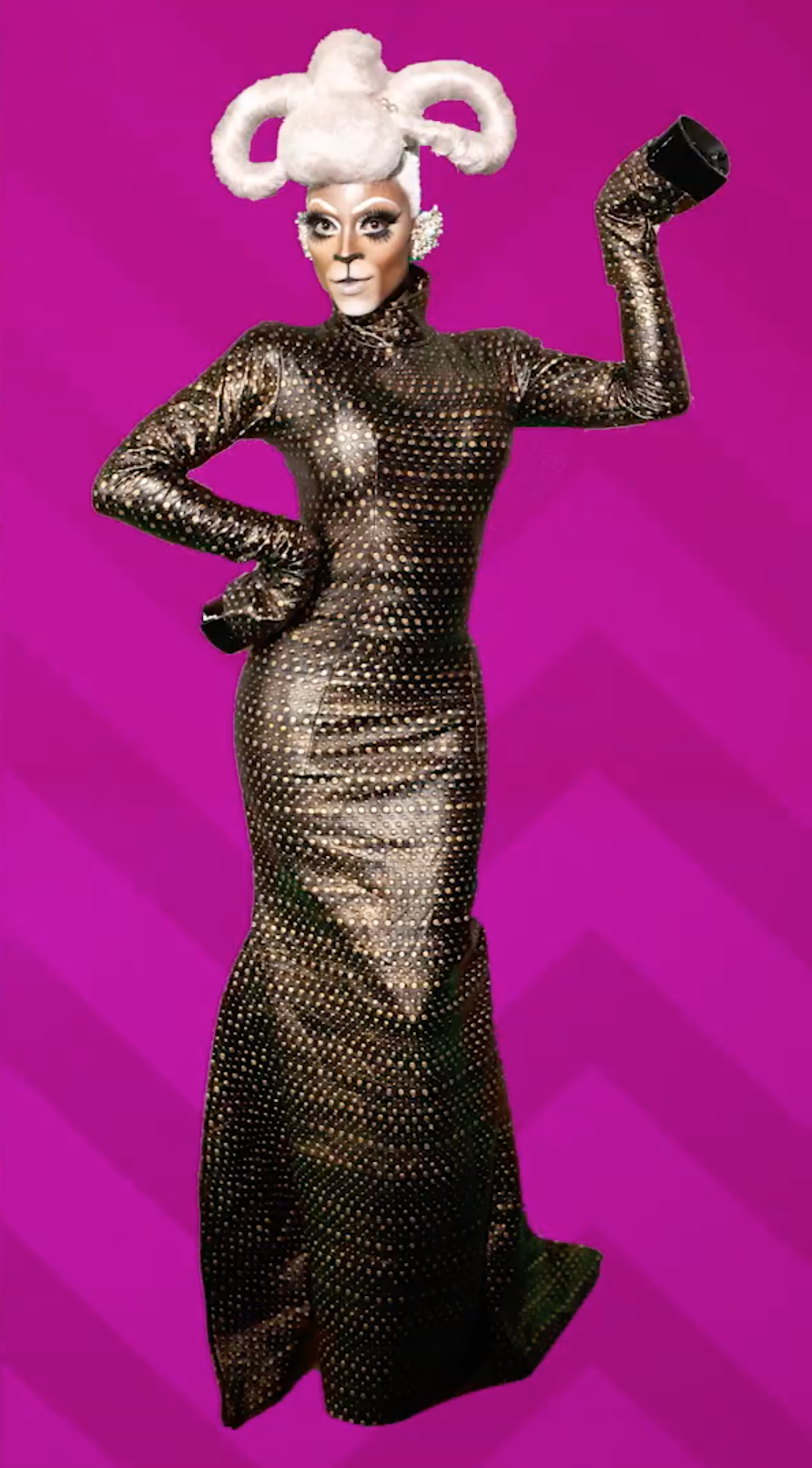 The dress isn’t the most exciting but I loved the wig, the makeup and the hooves. She gave her outfit a proper character and it looked great. 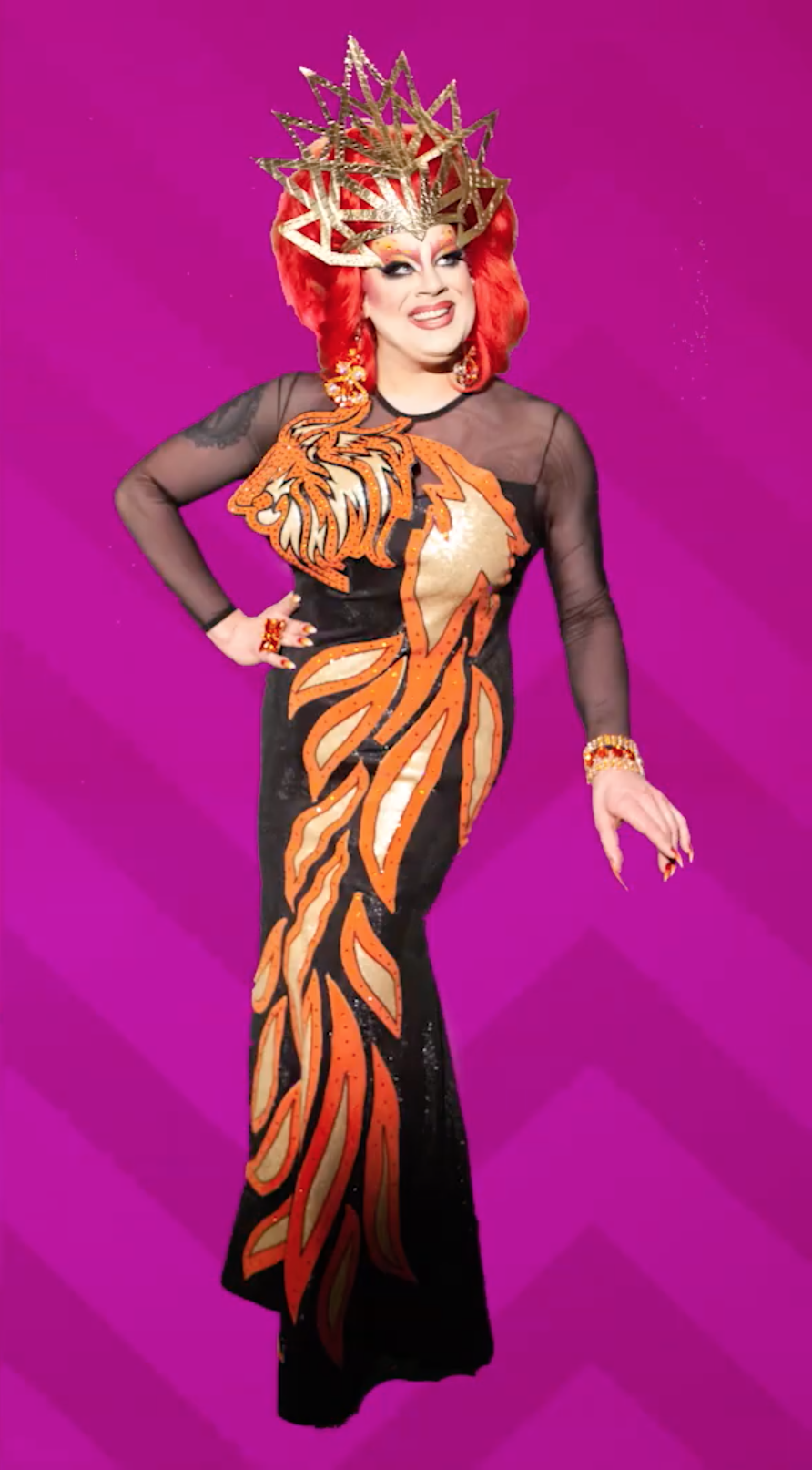 She doesn’t look awful, it’s just not the most exciting. I get more of a phoenix than I do a lion from her outfit. 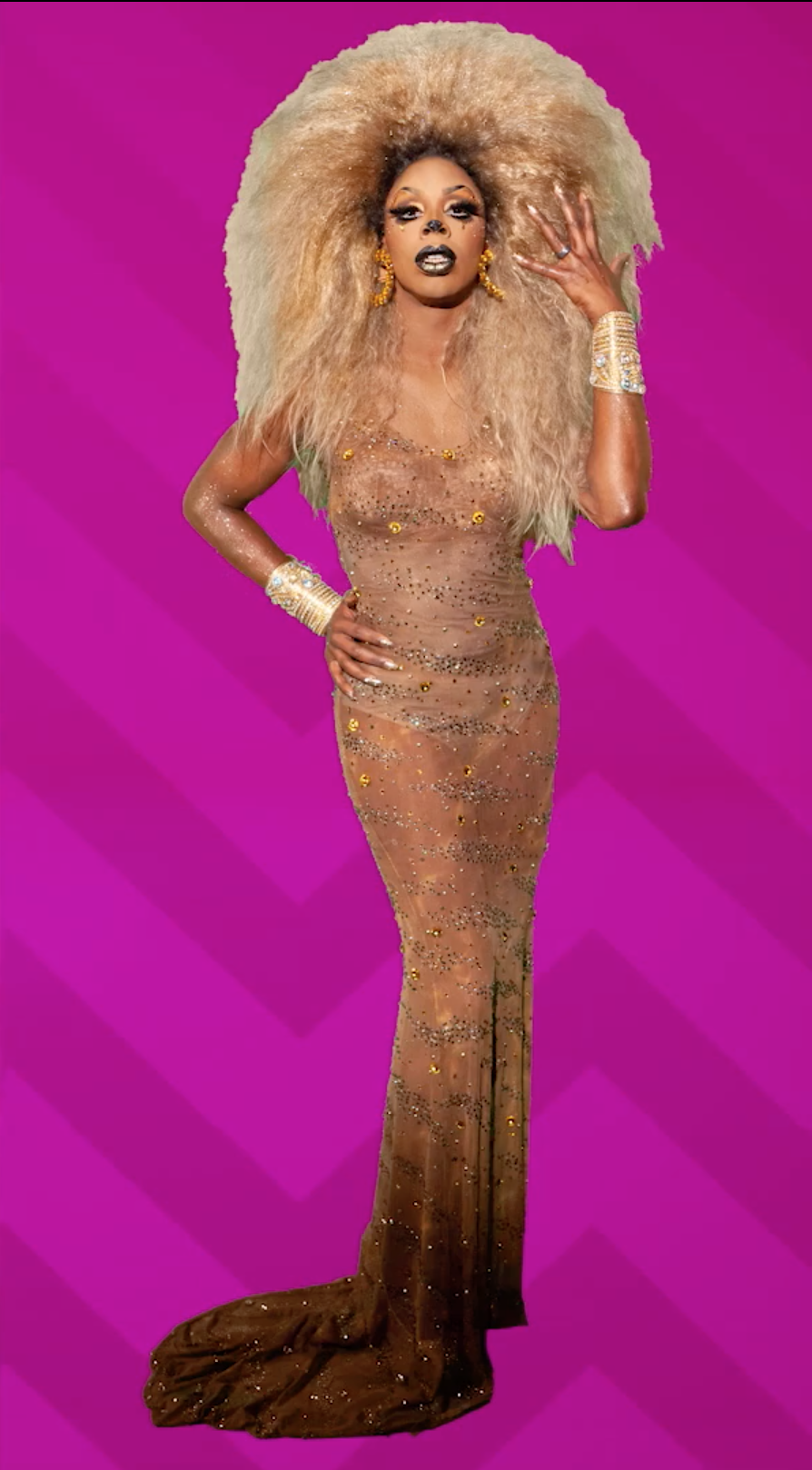 Again, not the most exciting gown but it does what it needs to do. The wig looks like a luscious lions mane and the dress is the colour of a lion’s fur. I think she did quite well with it despite it being quite simple. 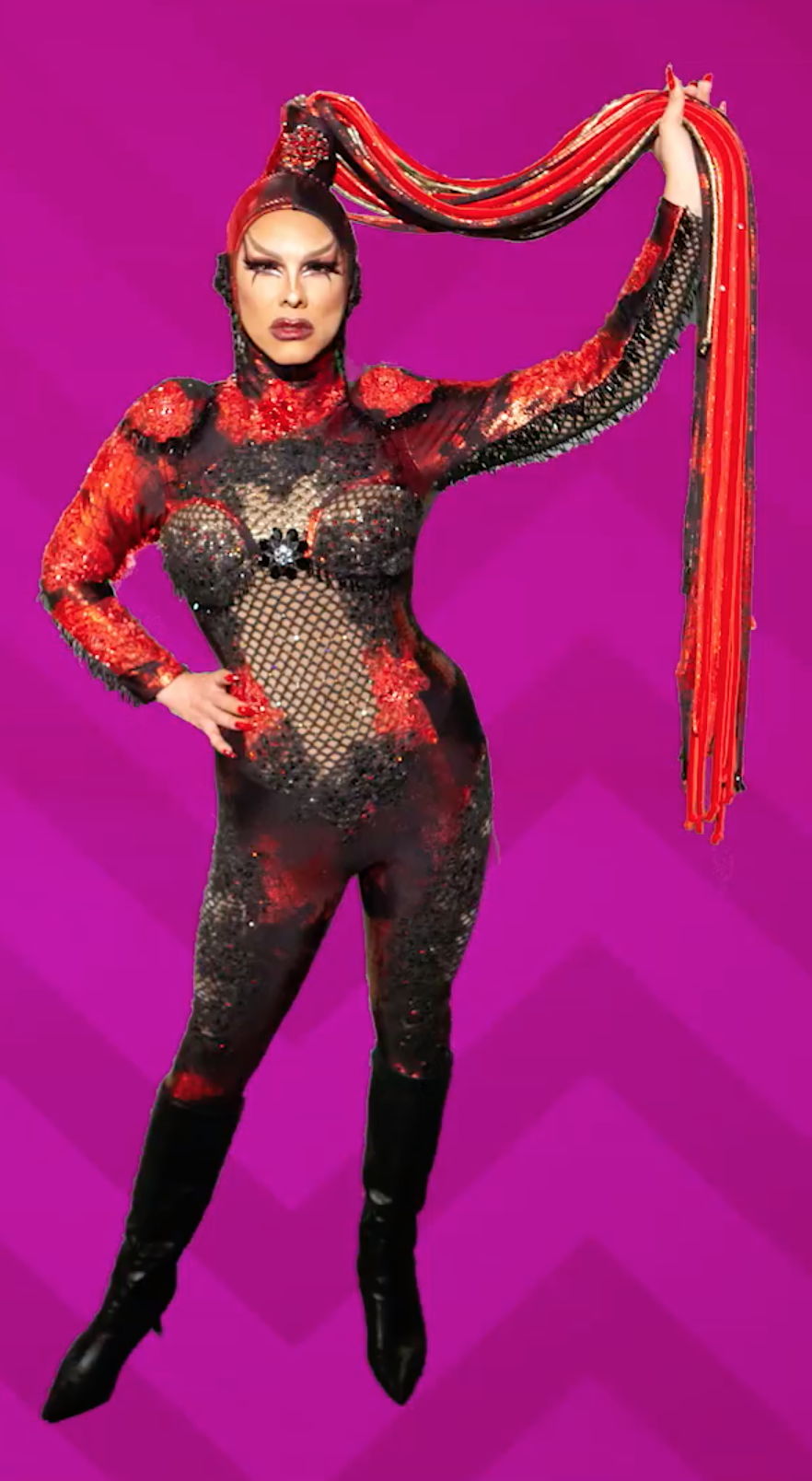 I can’t deny that Shuga looks good. However, this isn’t really giving me a ‘Scorpio’ vibe. Maybe if the wig/headpiece came up at the back to a point and was solid it would have been what I needed. 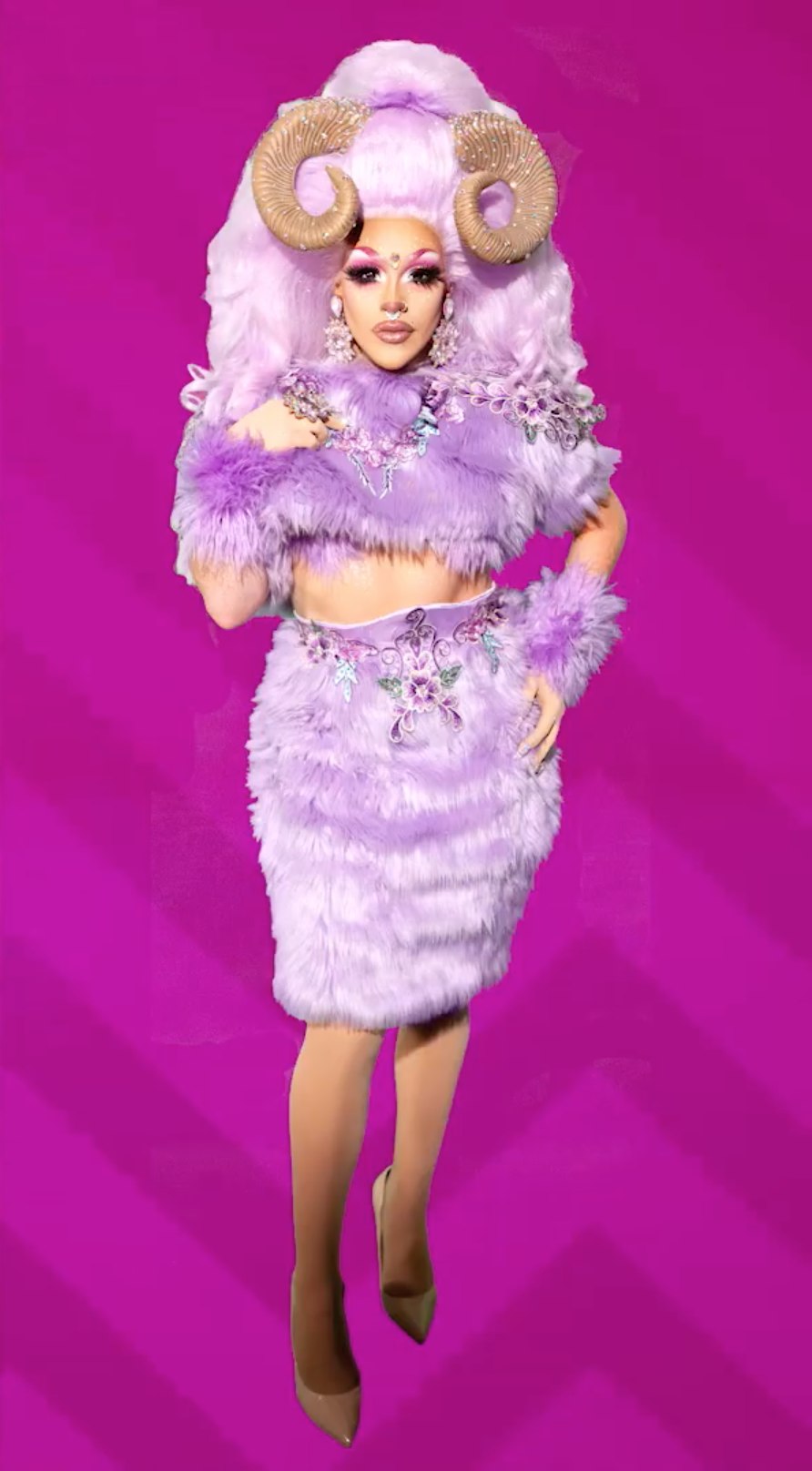 Loved this, she looked editorial, her makeup was perfection and the colours were great. 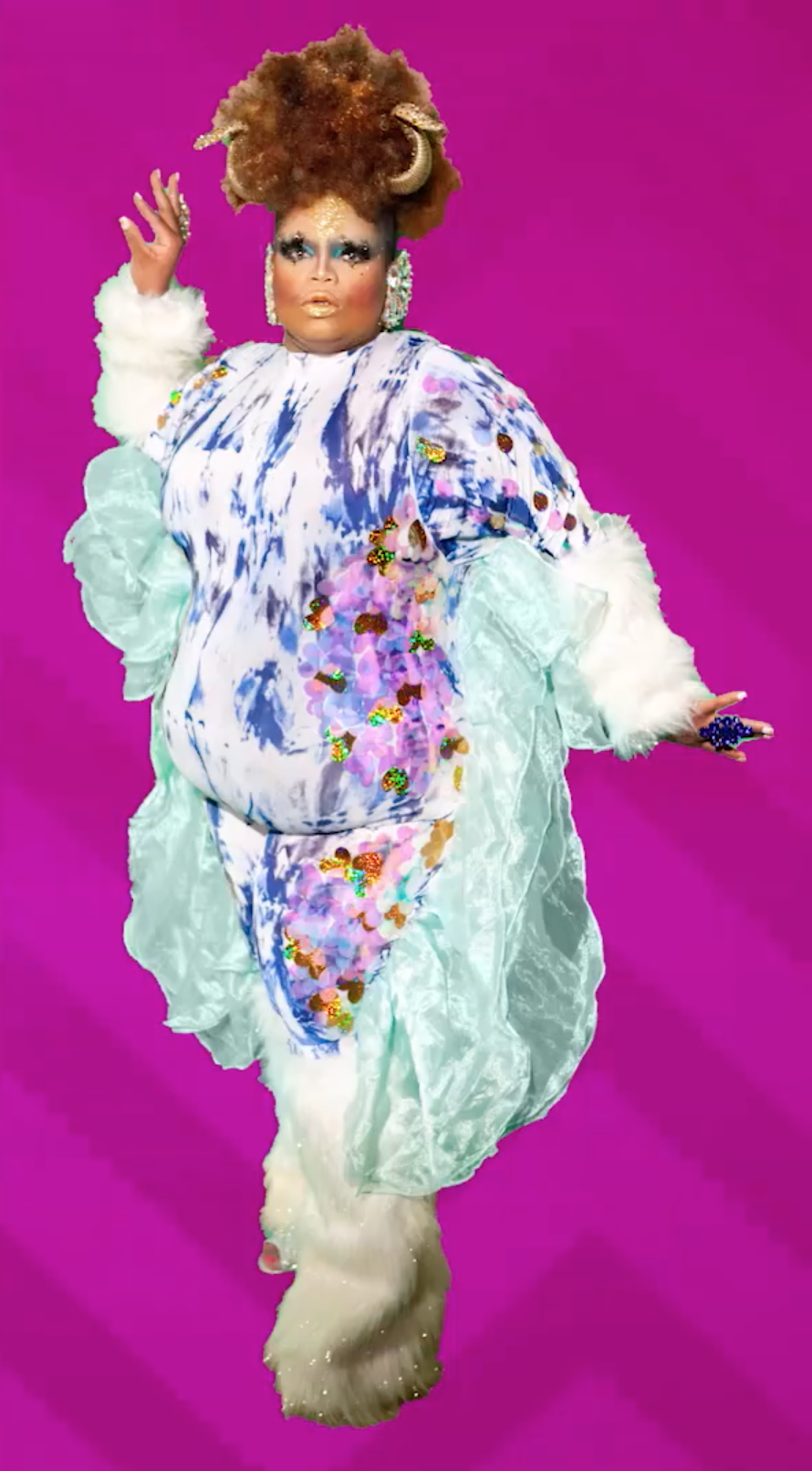 I mean, this was just awful and unflattering. 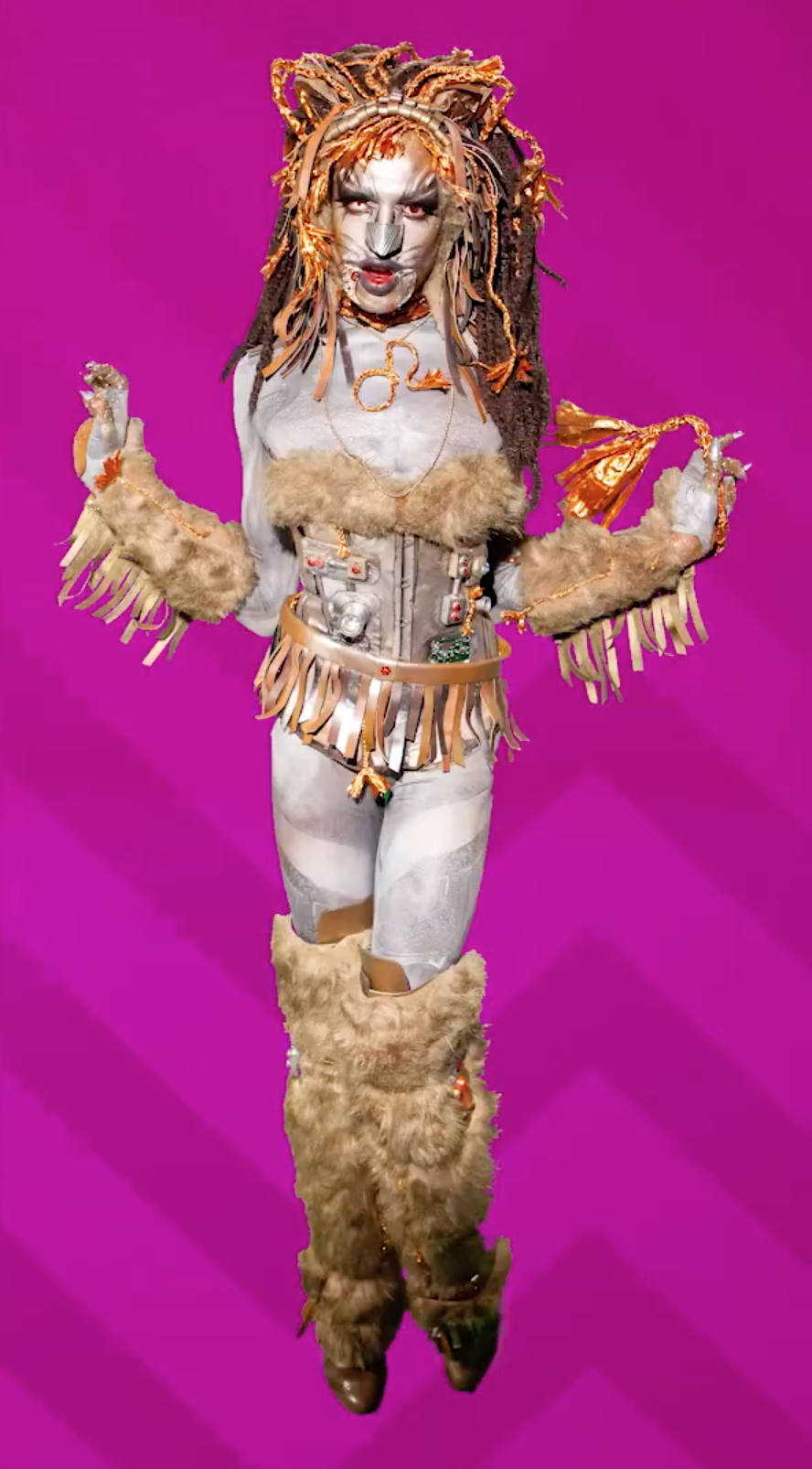 A really different take on the theme that nobody else really did. The circuitboards, copper wire and a grey bodysuit made for an interesting twist. 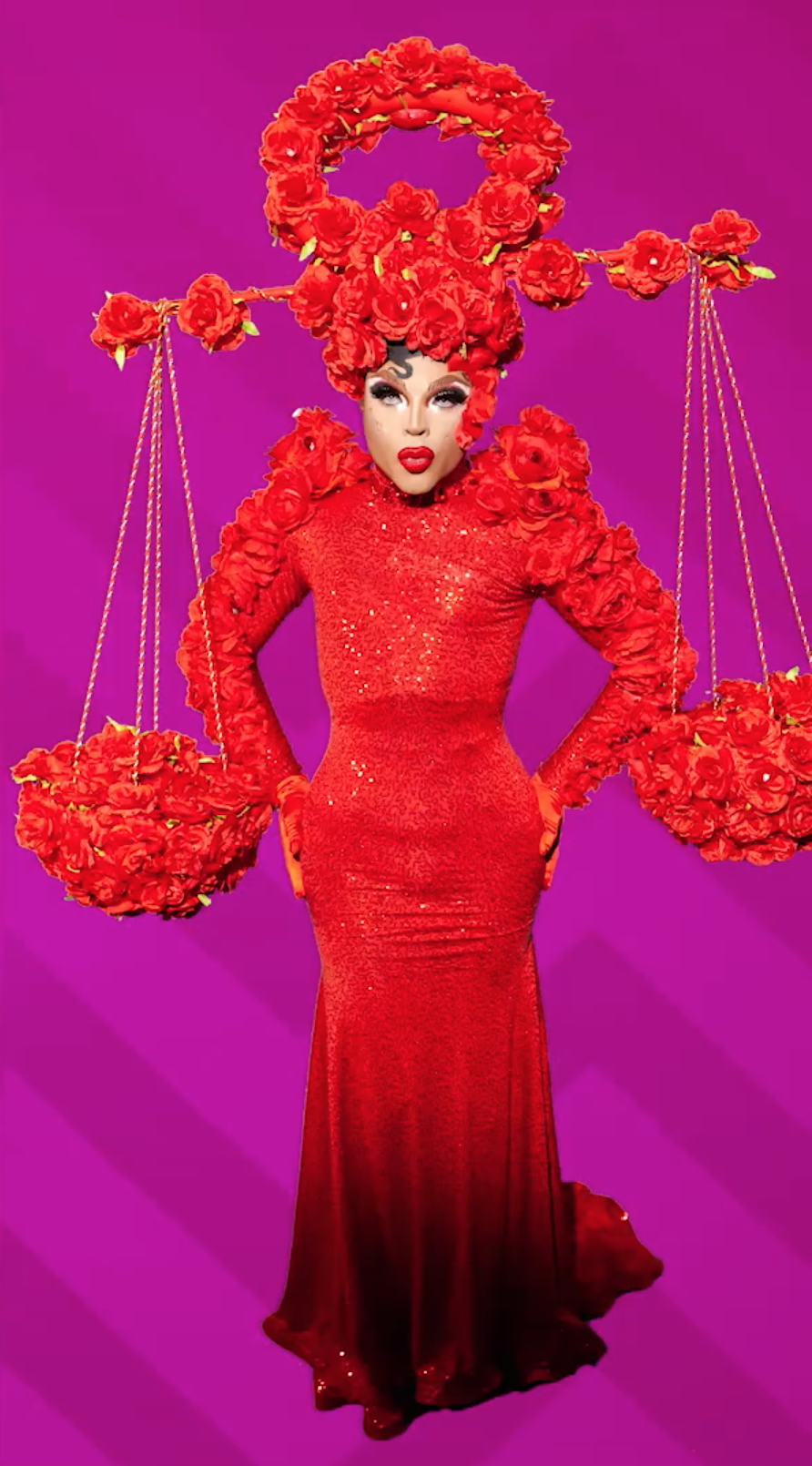 Brilliant. It was different from the other queens and it looked expensive. Vanjie looks great but I’d like to see her in an outfit other than red. 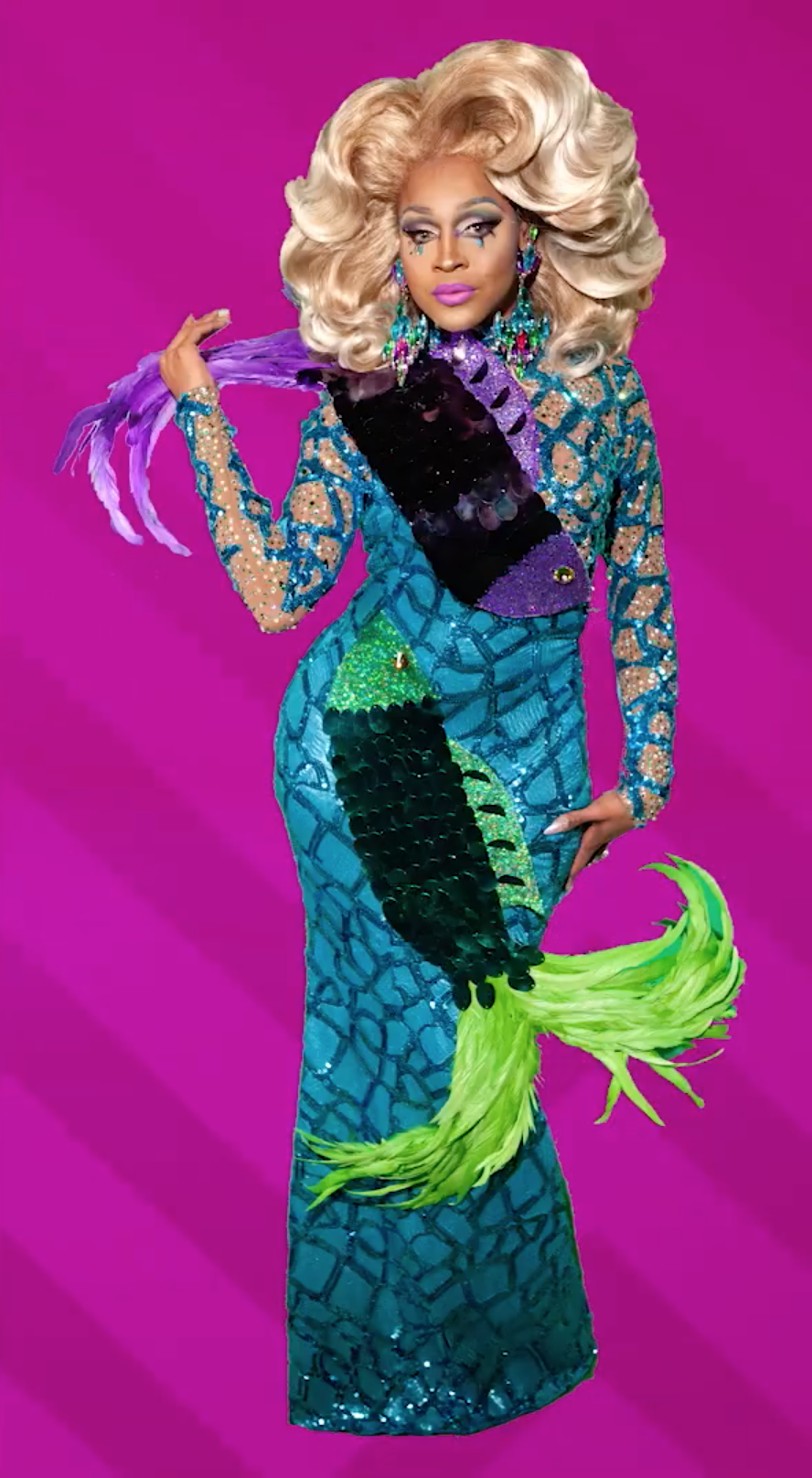 This was a very Kennedy Davenport style costume. So much so that I’m pretty sure Kennedy wore a similar one in similar colours for a feathered outfit. It just didn’t excite me. 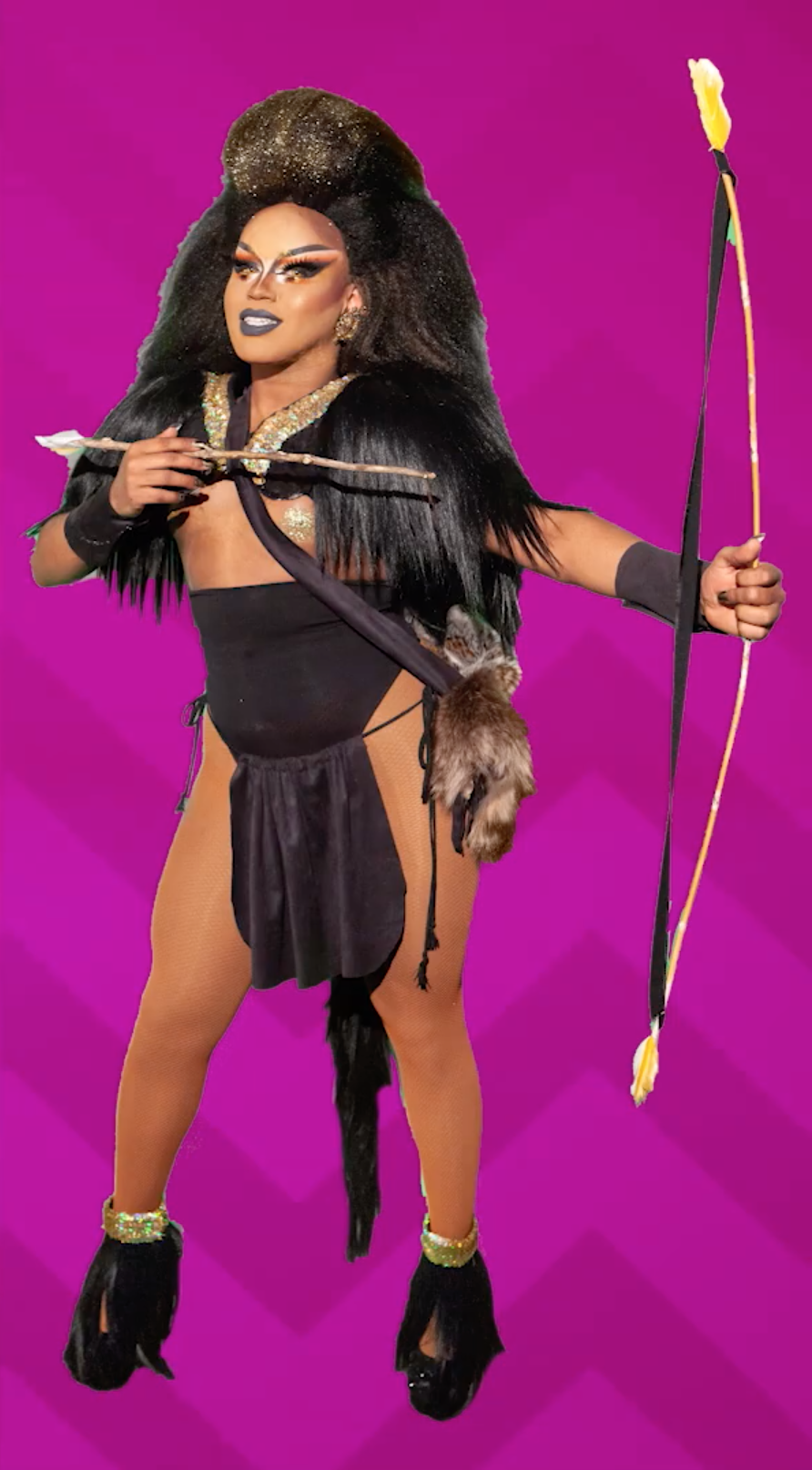 This felt like a generic tribal halloween costume and I wasn’t living for it.

This wasn’t particularly exciting. I think the dress pattern of the long grass matched the giant horns but it just didn’t wow me. 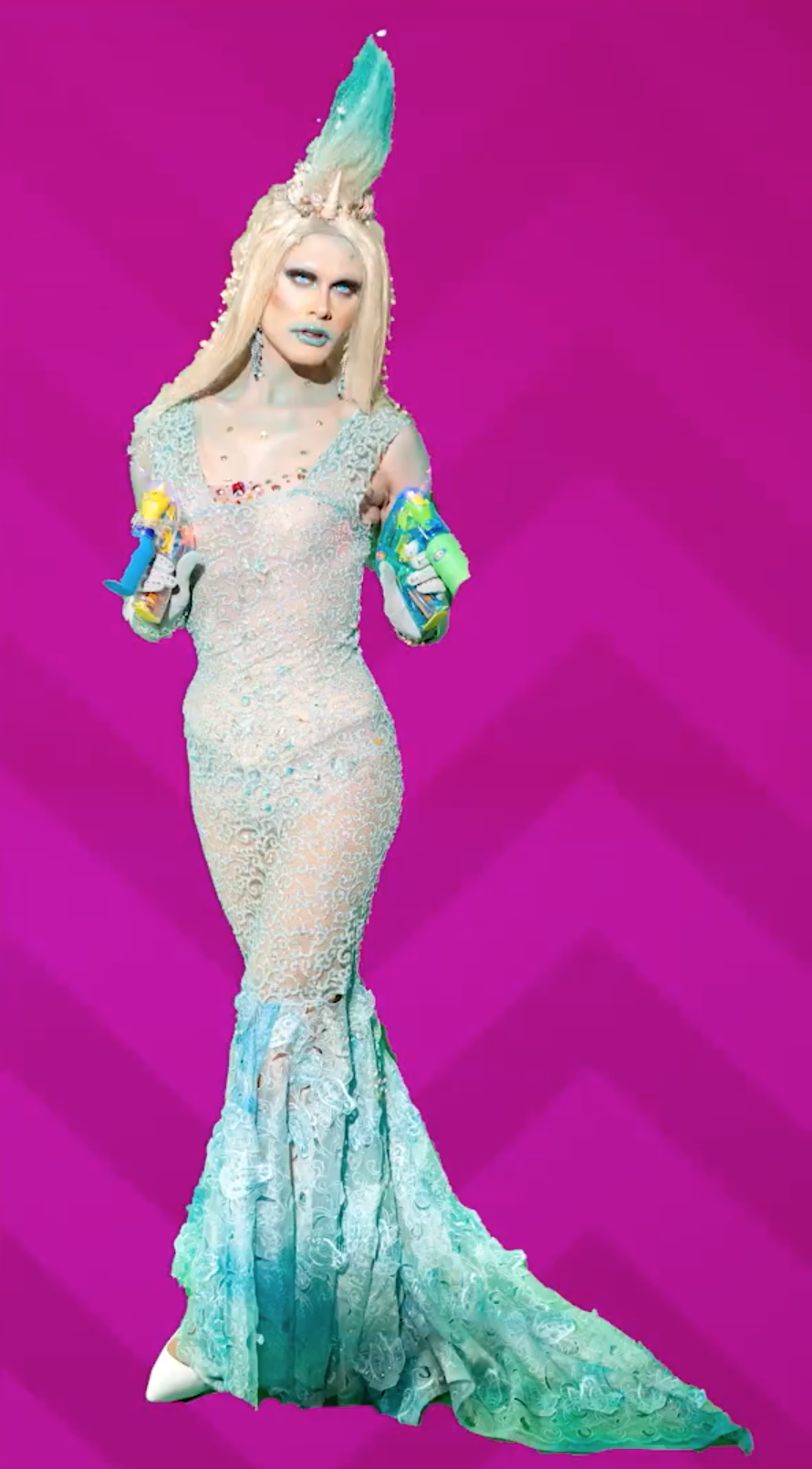 Loved this, it was quite spooky, very editorial and the colours were great. The added bubble guns were fun as well. 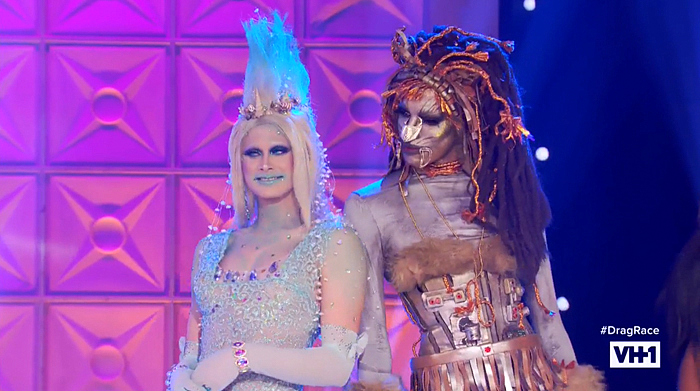 In the end, it was a double win with both Scarlet Envy and Yvie Oddly taking the top spot. I think it was well deserved. Scarlet was my personal favourite but the two worked brilliantly together.

The bottom two ended up being Kahanna Montrese and Mercedes Iman Diamond and that seemed fair enough. Although, there could have been a few this week that could have potentially ended in the bottom. 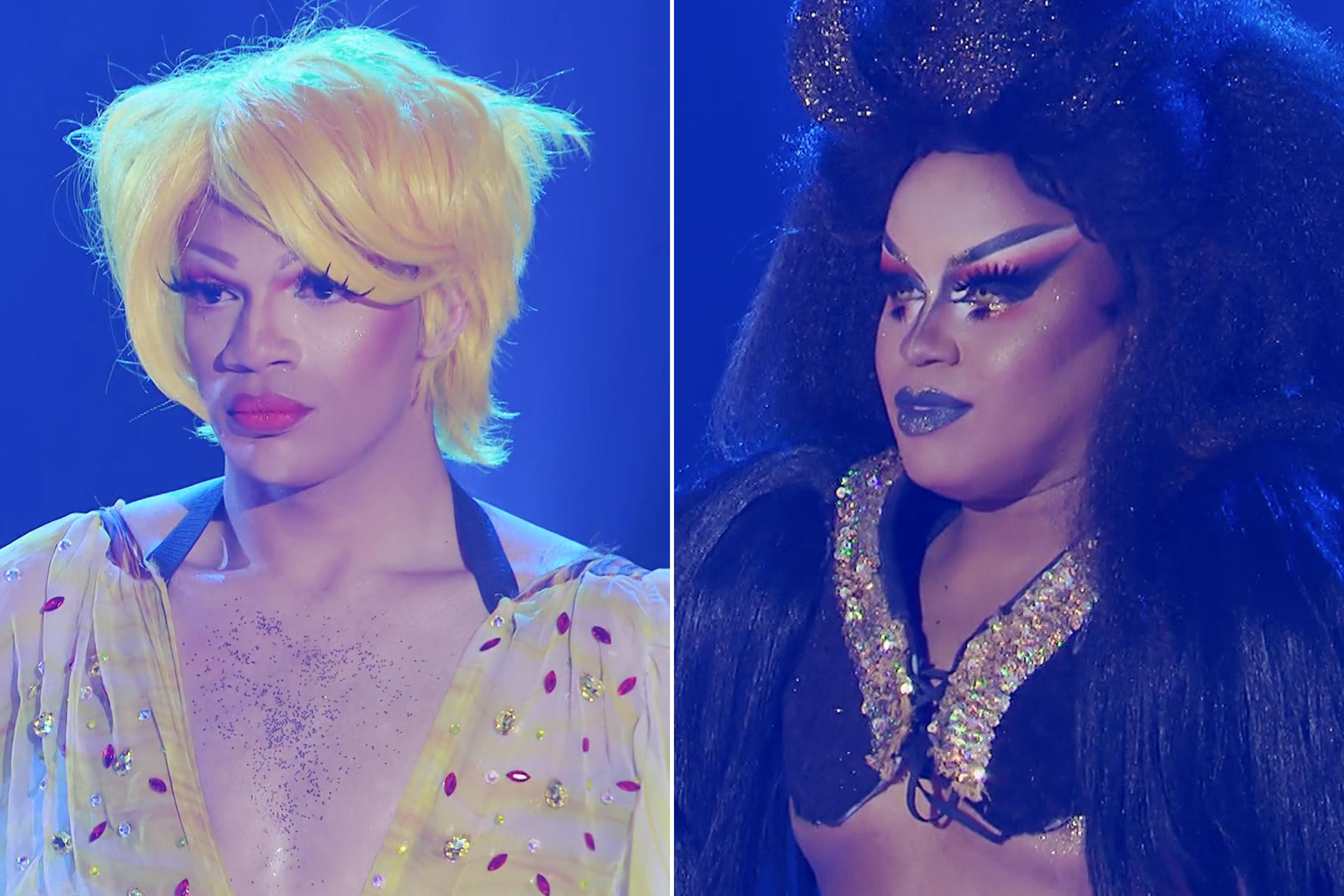 The two queens had to perform Work Bitch by Britney Spears and they both gave it their all. Kahanna did an impressive backflip but overall, it was quite a messy lip sync that felt too hyperactive for the song. In the end, Mercedes was spared and Kahanna was sent home.

A double win, well, if it’s deserved then fair enough. Personally, I thought Scarlet was the standout this week but I’m happy they both won as it felt deserved.

Thank the lord two of my queens won this week as it’s giving me the early start in the competition that I needed. This week I got 17 points and Tom got 3 points. This takes his total to 10 points and mine to 24 points. Vanjie is on 4 points. 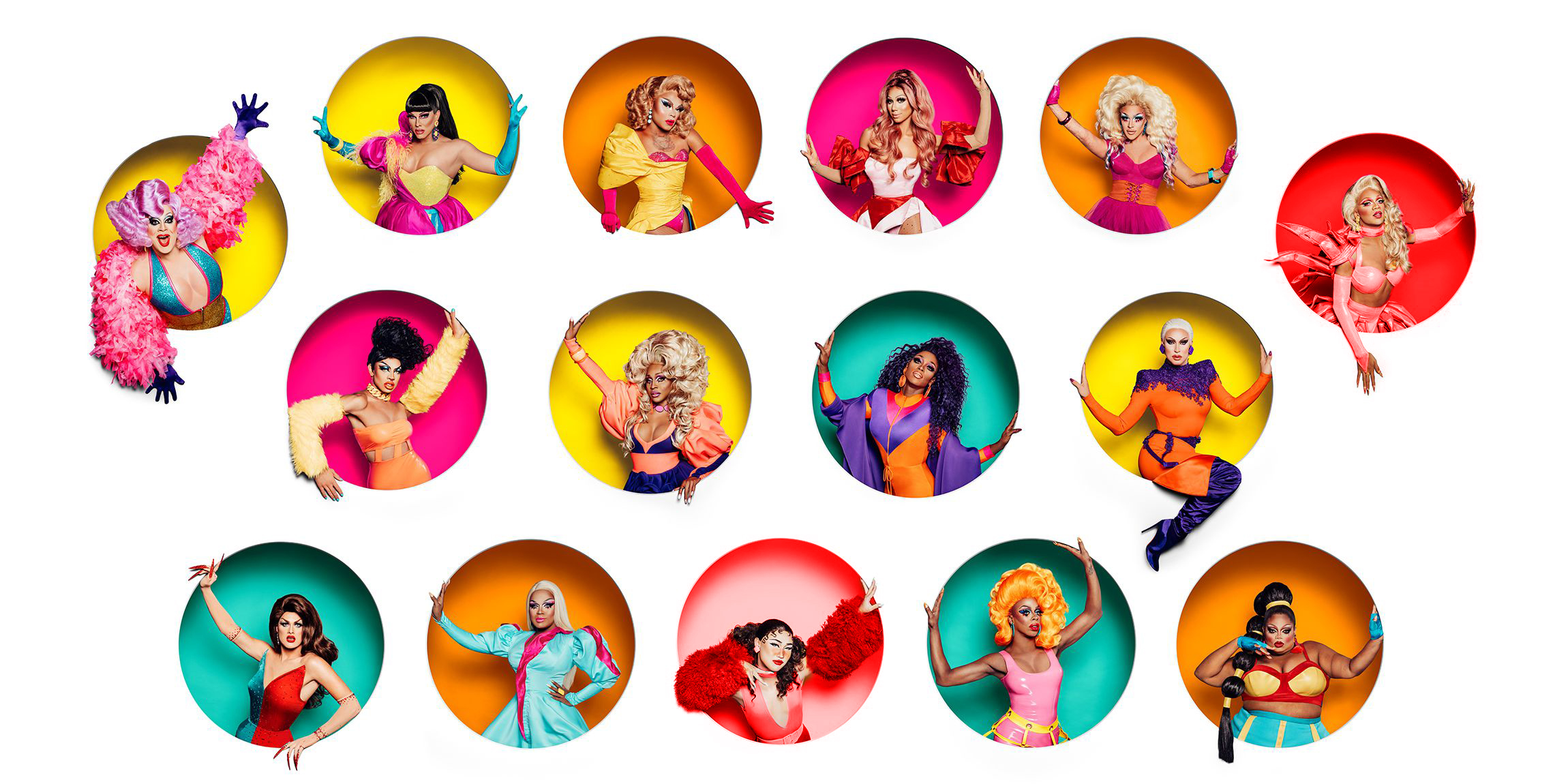