Brace yourself because I have another rant brewing! You thought I was mad last week when Shuga was unfairly sent into the lipsync, well this week’s episode has had me all kinds of vexed. Why? Well, because *spoiler alert* Nina West was wrongly eliminated this week!

But I’ll come back to that later, just know that I’m fuming at RuPaul and his illegitimate daughter, Silky, who he keeps saving from elimination.

After Shuga’s unjust elimination last week, the queens now know that the competition is hotting up. And there’s nobody who knows that more than Silky after she got read for filth (but saved from lipsyncing… again).

I’m going to rush through as I want to get to the true scandal of the season, so anyway, first we’re on to the mini challenge.

Half reading, half slapstick, the queens had to read each other enough to be worthy of a slap. After RuPaul clipped Miss Asia O’Hara last season, he wasn’t taking any chances. But rather than removing the challenge, he thought he’d just let them twat each other instead.

There were some funny reads, some not so funny reads, but overall the mini-challenge dragged on a bit too long for my liking. I’ve noticed this in the last few seasons, they seem to spend so much airtime on pointless mini-challenges rather than showing the queens getting ready in the werkroom. I liked the older seasons because you got to see arguments boom, friendships blossom and humour come naturally. Now, it’s all staged challenges and judges’ critiques with very little time to enjoy the natural interactions between the queens. 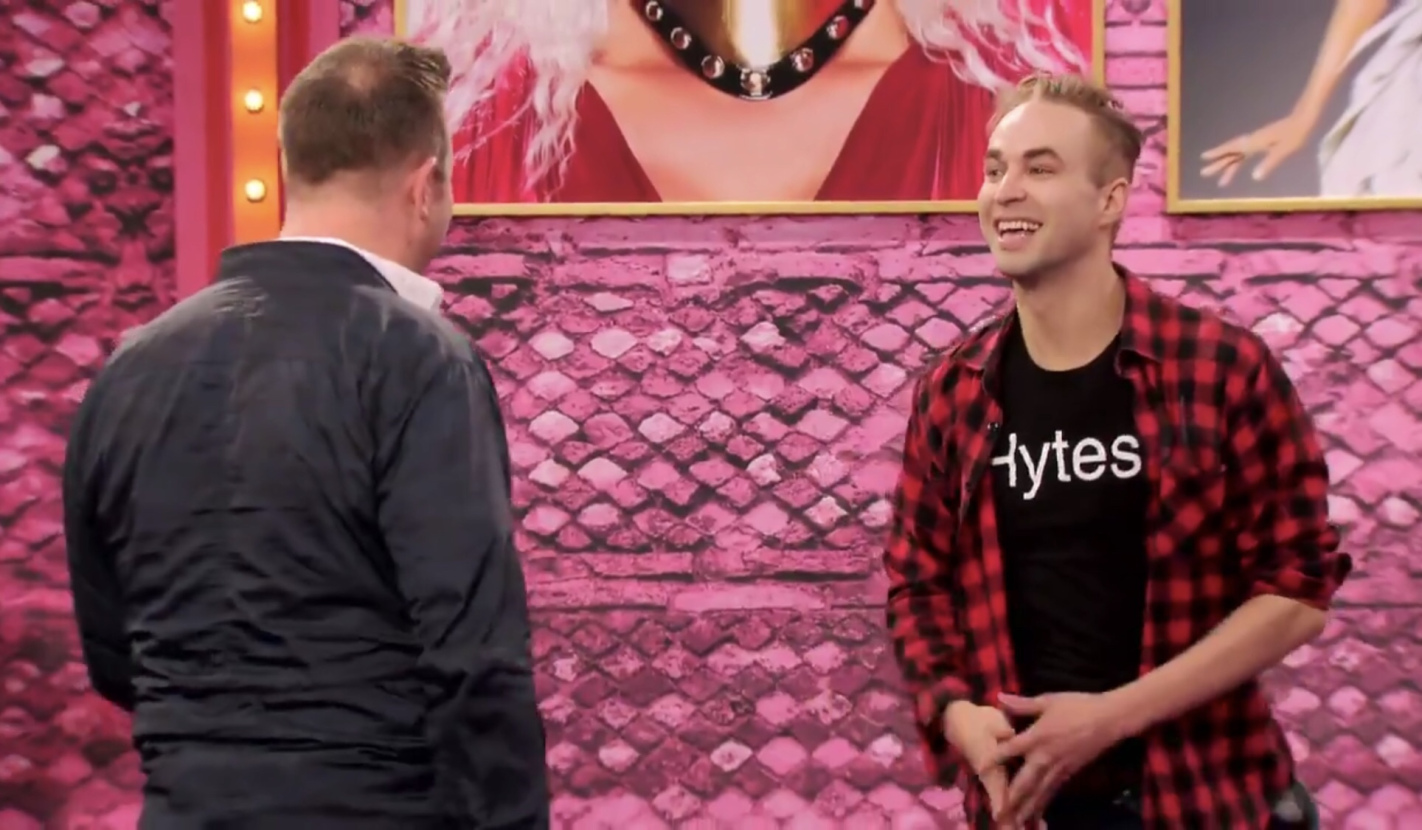 Anyway, Brooke won the mini-challenge which meant that she got a privileged position in this week’s main challenge.

This week Ru thought he’d bring some guests into the werkroom. I love a makeover challenge so I was thrilled to see who they would be making over and it was none other than some of the eliminated queens! However, unlike season 7, the queens wouldn’t be returning to the competition, they’re just here on a friendly excursion.

Brooke got to choose her makeover and she opted for Plastique as it was a safe and sensible person to makeover. She then allocated the queens out in a rather fair way (I thought at least) but last was Silky who was given Soju. 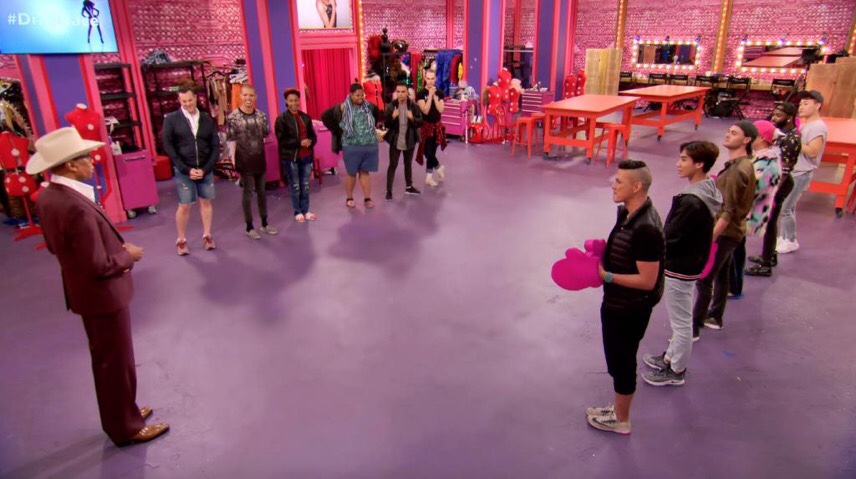 The Silky vs Soju Scandal

As per usual, Silky had a lot to say and she thought she had been set up to fail. In reality, who else would she have been given? If she wanted somebody who looked like a sibling, the only person she could have been given was Honey and she had already gone to A’Keria. Sorry poppet, but there was only one POC for the taking and she’d been given (rightfully so) to A’Keria. 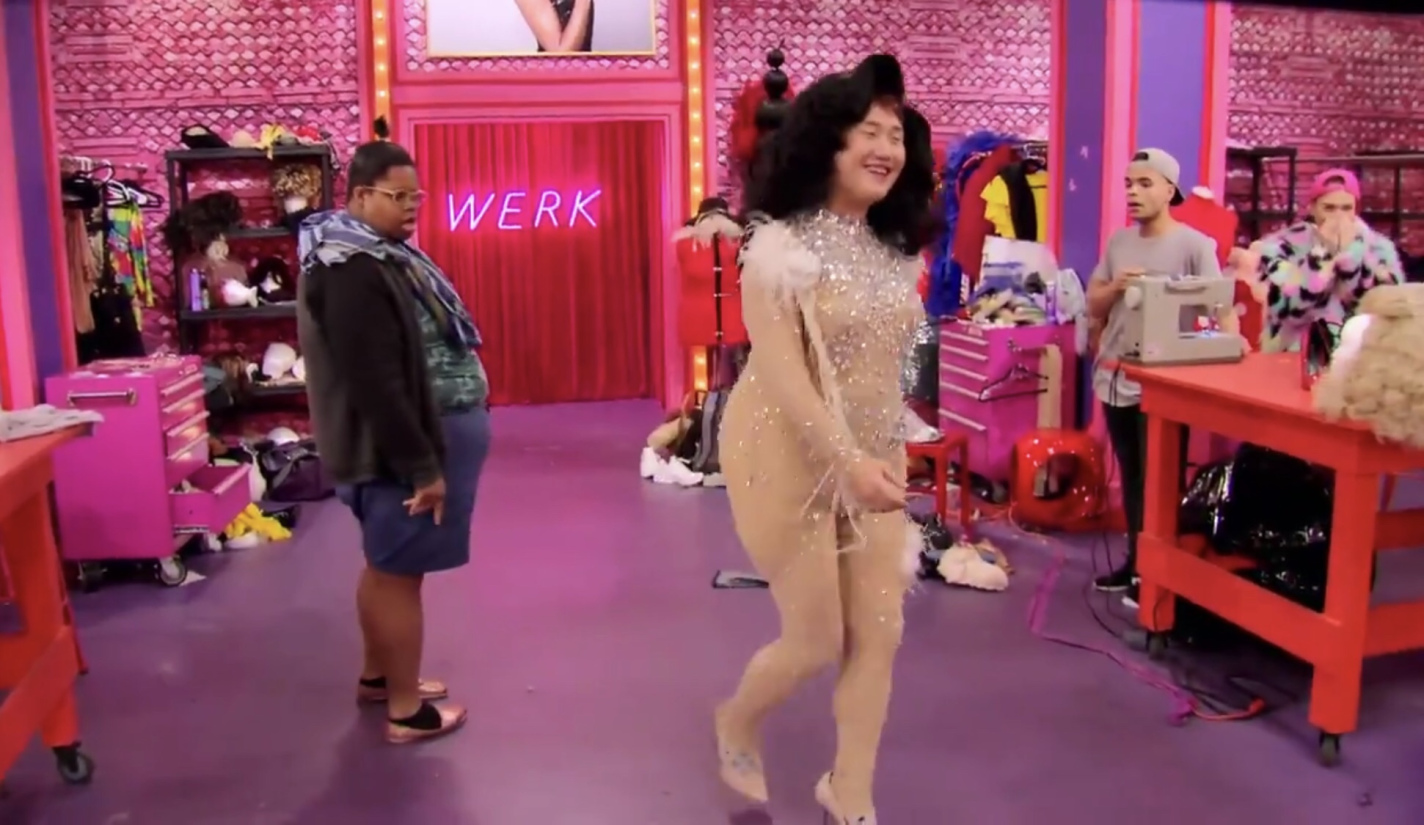 I personally thought it was incredibly rude as Silky was being nice to Soju’s face but aggressively slagging her off in the confessionals – it just made Soju look like a fool and it made Silky look like a bitch.

This season was hardly short of controversial gobshites and dramas and Ariel was back to reignite (and rightfully so) a drama that started with a bunch of wigs. 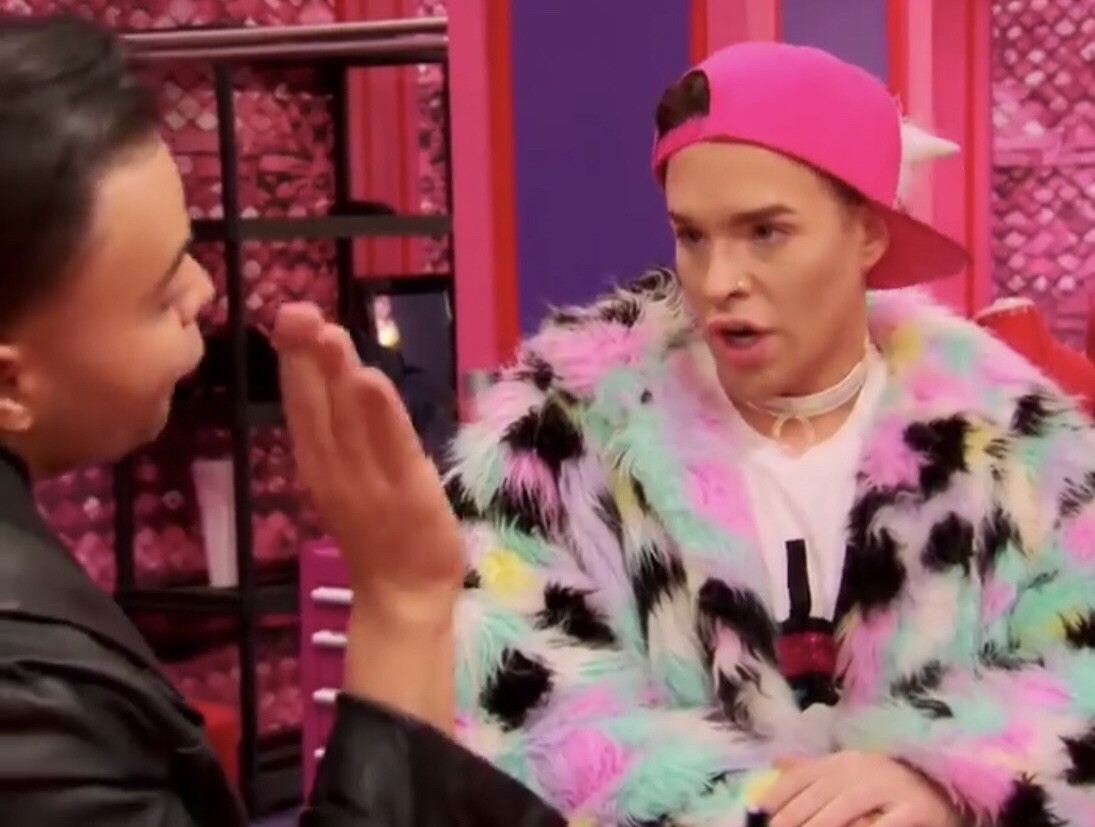 It turns out that Ariel left her wigs by mistake. She didn’t leave Plastique any wigs (despite what Plastique said), she actually only left one wig for Silky and the rest were accidentally left behind. 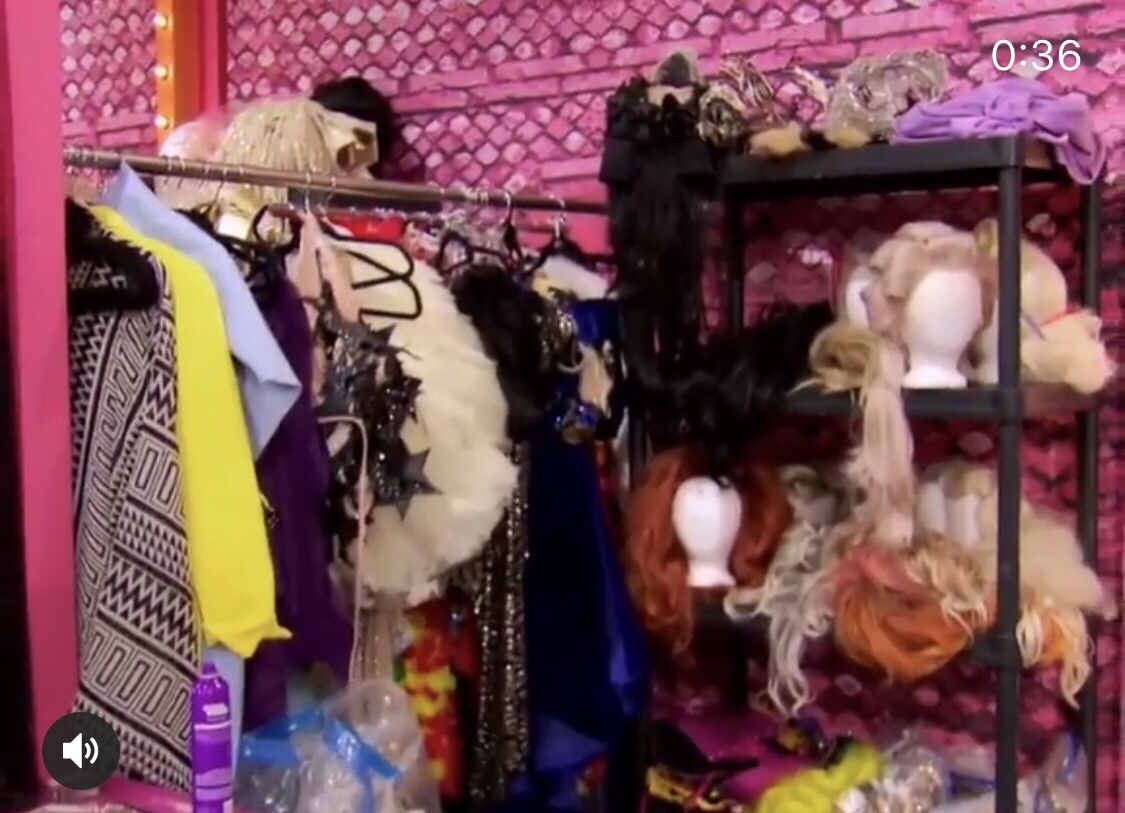 Christ on a bike, it was a true drama and everybody looked at Ariel like she was overreacting but in reality, a handful of queens stole her wigs. Point blank period. The entitlement that A’Keria, Plastique and Ra’Jah felt was bizarre – maybe it’s just because I’m British but yeah, that irritated me. Still, let’s move on to the runway!

As you already know, the queens would be making over their Season 11 Sisters in style, so how did they do? 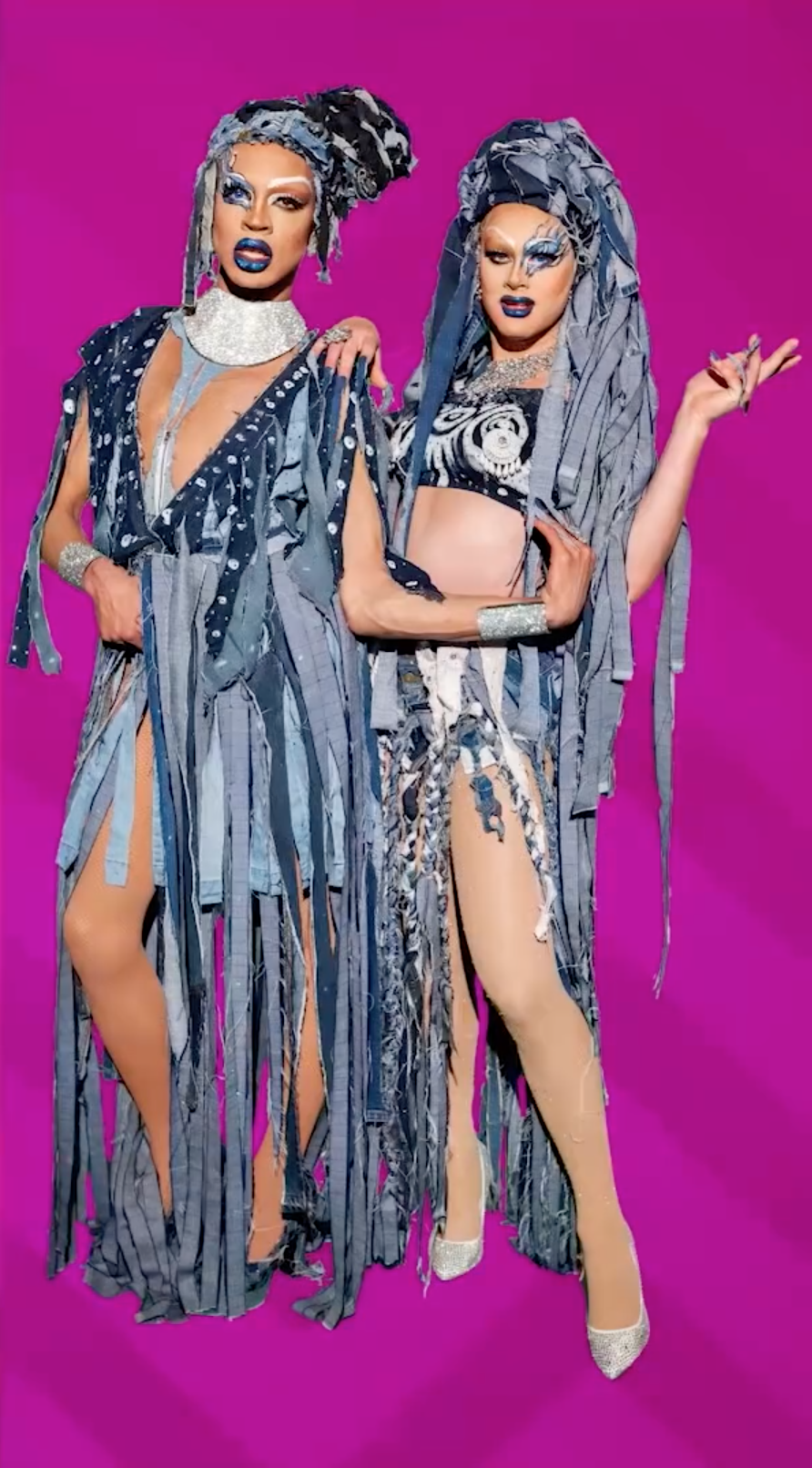 I liked the idea but I don’t think it was the most exciting outfit. They don’t look like sisters, they just look like two girls working for the same fancy dress club night.

I really didn’t dislike this outfit. I felt like it was heavily critiqued but in all honesty, I think Nina looks great, the outfit was fun, it was quintessentially camp and it was true Nina. I think we knew she was going to be in the bottom the second Ru saw that trans flag, am I right? 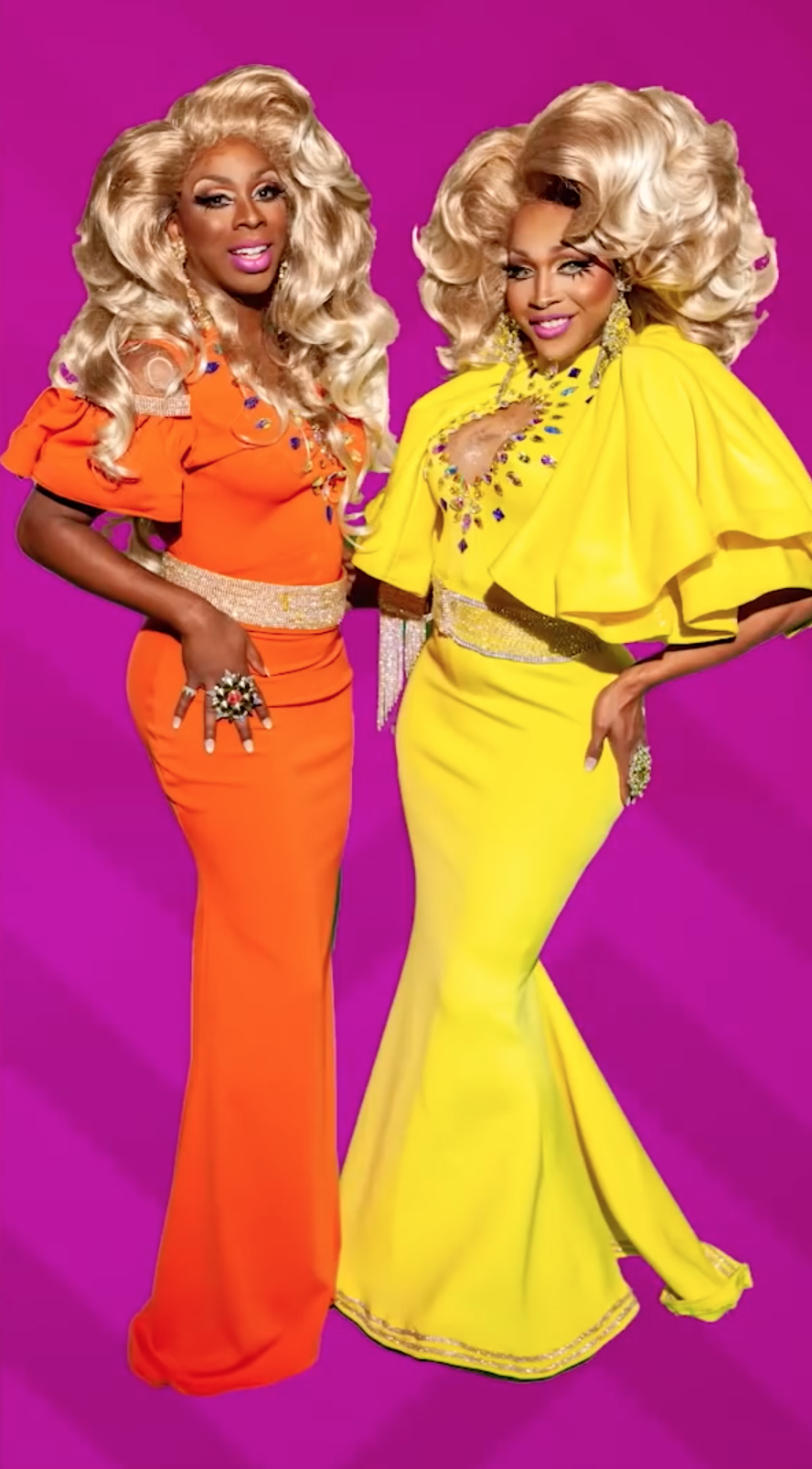 They both look good, but it’s so boring. It’s pretty much the same vibe as what Kennedy Davenport did with Jasmine Masters, what Coco created on her soldier and what countless other pageant queens have created for the makeover challenge.

I mean… this was awful. Not only do they look nothing alike, the makeup Silky gave Soju was inexcusable. Considering she was saying it would be an honour for somebody to have Silky paint their face, I would think she should redact that statement. 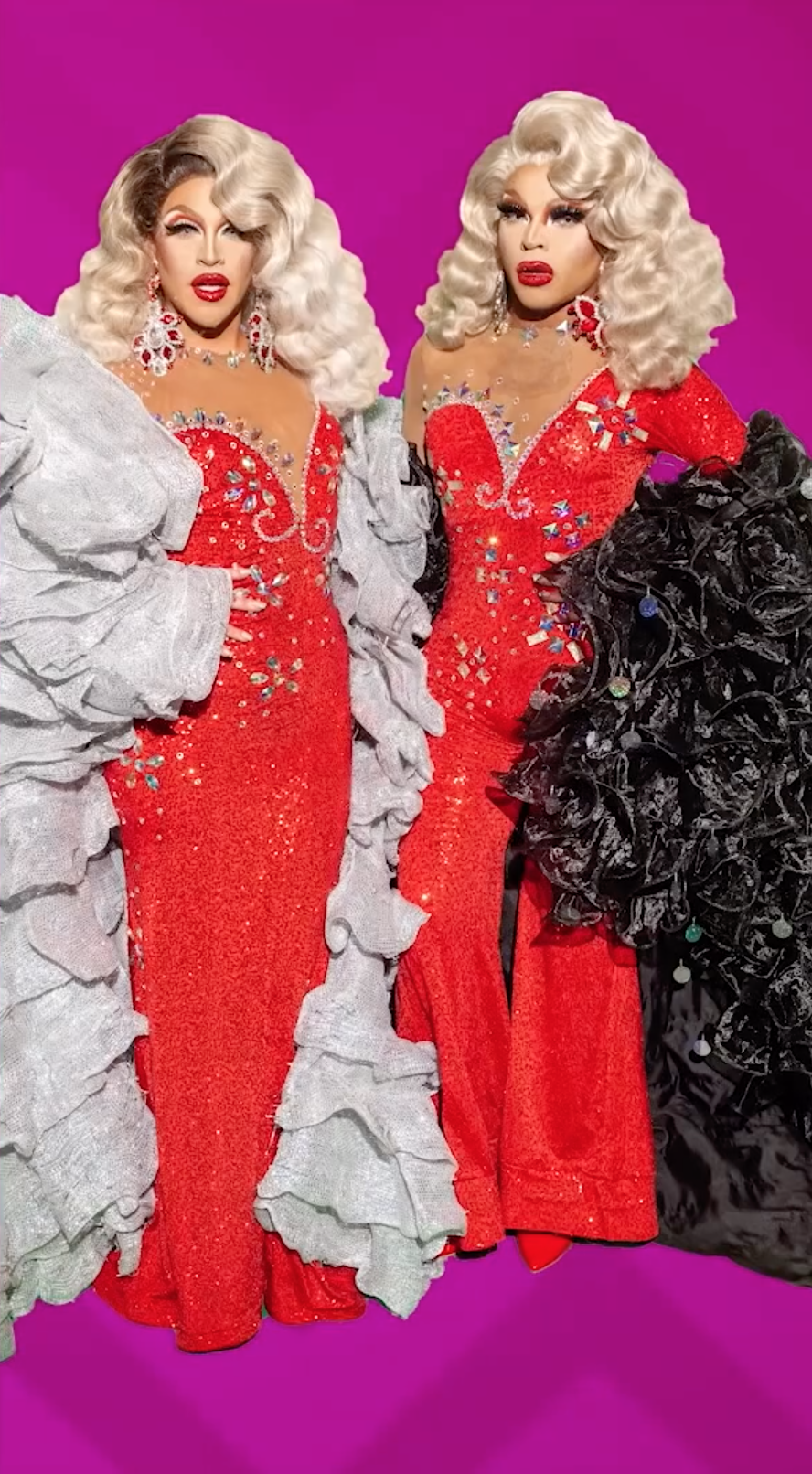 It wasn’t the most exciting look, but Vanjie did a great job in making Ariel look like her twin. Although everybody kept saying Brooke had the easy job in making Plastique look pretty, I don’t think Vanjie had a particularly challenging job either. 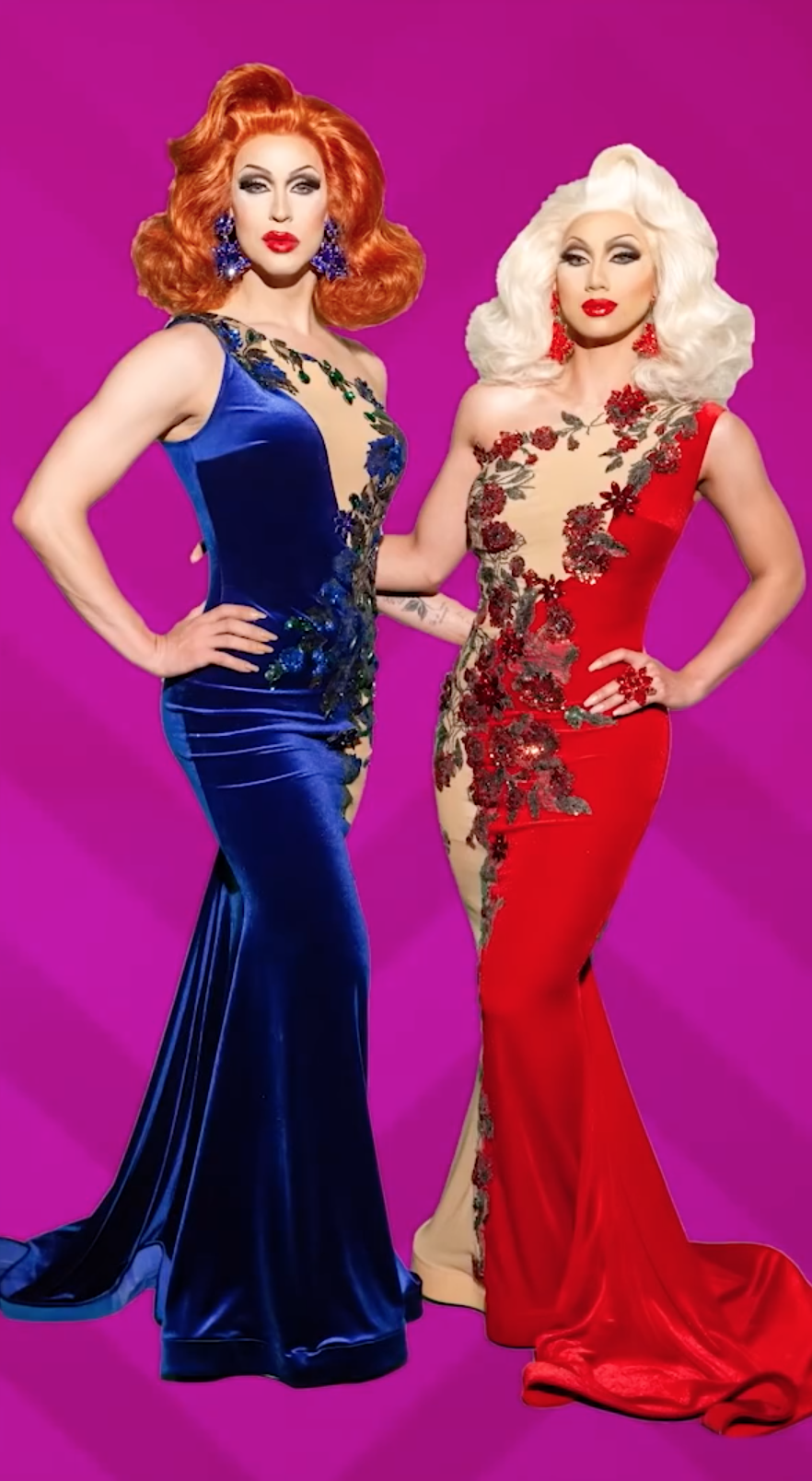 They both look great, the wigs are nice, the dresses look lush and the makeup was flawless, was it the most groundbreaking look? No, but it wasn’t half bad.

In the end, Brooke won this week’s challenge which felt tame but understandable, Vanjie did great and it was her shot at a win, but I can see why Brooke was victorious, their presentation had a narrative and some humour to it.

Ru then added the queens the dreaded question, “who should be eliminated this week?” and all the queens said Silky or Yvie – and Yvie got a lot of negativity thrown her way but hey, what doesn’t kill you makes you stronger I guess. And it seemed to have worked as Ru put Silky and Nina in the bottom two.

I think this was pretty unfair as Ru knew that Yvie would thrash Silky in a lipsync and he clearly wanted her in the finale.

I was so excited when I heard the song was No Scrub by TLC. It’s a personal favourite and I couldn’t wait to see these two queens battle it out. After all, Silky has been preaching how much of a lipsync goddess she is all season.

It’s fair to say that this was a lie as she gave one of the worst lipsyncs in Drag Race herstory. Sure, Nina didn’t give the most thrilling lipsync but at least she was consistent. Silky was a mess and yet Ru still saved her, it was a joke. I could practically hear the gay screams all over the world when the decision to eliminate Nina was made. Overall the lipsync was, in RuPaul’s words “meh”.

Nina was robbed, straight up. Silky fumbled the lipsync, did one of the limpest wig-reveals of all time, scrambled on the back of the stage and slipped over her own leotard – it was nothing short of tragic. Don’t get me wrong, Nina didn’t wow me, but it was consistent, clean and she knew the words. This whole season it was made incredibly obvious that Ru wanted Silky in the finale and that really pissed on my chips. There were at least 3 times in this competition where she should have been in the bottom. And after screaming at Yvie about wanting to send her home in a lipsync, Silky is all talk and no knickers. Don’t preach your own greatness and then deliver one of the worst lipsyncs in Drag Race herstory. This decision has caused quite the stir online and the love for Nina has been shining through!

This certainly isn’t the last we’ve seen of Nina but I can’t help bitter about her being straight up robbed. Still, I’m pretty sure she’ll get Miss Congeniality!

This week, I gained 5 points which took my total to 62 points and Tom got -1 point which brings him back down to 57 points and he’s now in the lead for the first time in the competition. Vanjie rises to 10 points. As we reach the final hurdles, Tom and I both have two queens remaining in the competition. 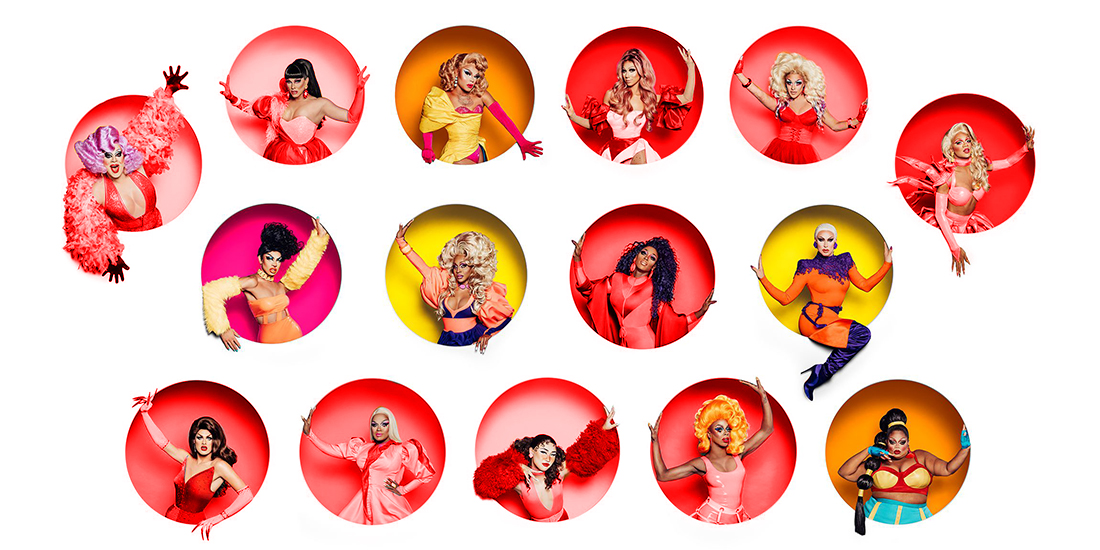