Christmas is coming and that can only mean one thing – it’s panto season “Oh no it isn’t! Oh yes it is!” Sorry, I couldn’t resist. Now, I haven’t been to a pantomime for a good decade (possibly even two decades) and so I thought it was about time I ventured over to one for old times sake. 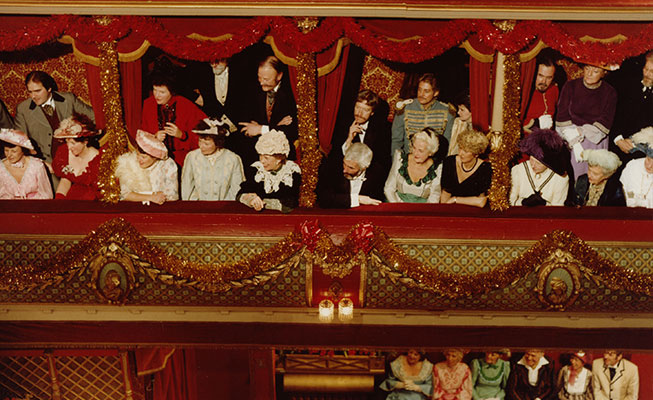 Elisha and I thought it would be fun to find some seasonal theatre to get us in the holiday spirit and bingo, we found some last minute tickets for the opening night of Cinderella: The Rock ‘n’ Roll Panto at the City Varieties Music Hall, Leeds. The Rock ‘n’ Roll Panto series is a brilliant way of adding an extra level of fun to the traditional pantomime show. Why? Because all cast members are also the house band for the show. When they’re not currently in a scene, they’re playing sax, trumpets, keyboards and flutes (to name just a few instruments).

Of course, Cinderella is the rags to riches tale of a struggling pauper who dreams of one day meeting her Prince Charming. Of course, with this being panto, there are a few twists and turns in the tale and of course, lots of smut and innuendo for the adults. I have to say, we had a good laugh, there were a lot of jokes that really caught us off guard and some that made us howl. 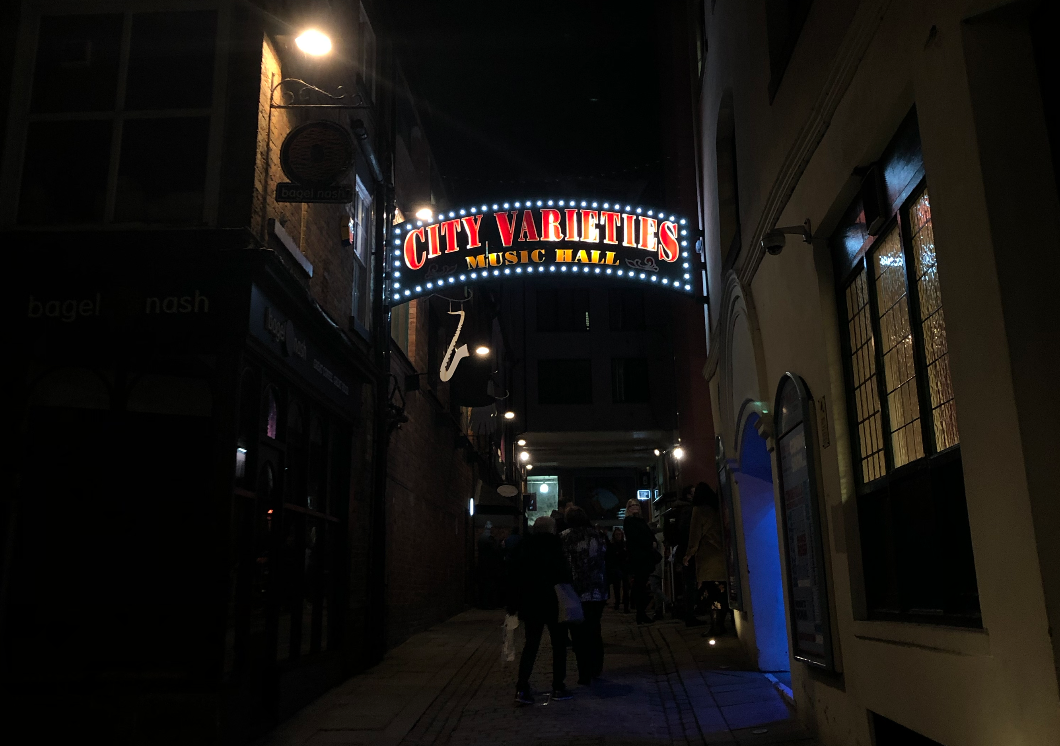 Here are my honourable mentions to the performers who really shone

Firstly, Alex Wingfield who played Prince Charming was brilliant. Alex’s facial expressions were brilliant, his delivery was humorous and he had great projection. Also, without a shadow of a doubt, he had the strongest vocals in the whole cast.

The second would be Dyfrig Morris who played Baron Hardup. He was the epitome of a pantomime performer – he got the crowd going, told some great puns, a few dad jokes and he put on a great physical performance throughout the whole show.

The third would go to Katia Sartini as Rubella Disease. Katia brought the sass, class and villainy to the pantomime baddy. She did it with flair and Elisha and I was pretty excited each time she entered the room. We couldn’t help but shout “yaaasss” as she entered each time.

But the true stars of the show for me had to be the ugly stepsisters. Scott Haining and Matthew James Hinchliffe played Veruca and Hernia hilariously. Honestly, Elisha and I were crying with laughter at some of the stuff they said. At one point, one of them called Cinderella a slag which I was not expecting. But when they started singing “It’s Raining Men” by The Weathergirls – I was in my element. Come on now, you all know how much I love a good drag performance. 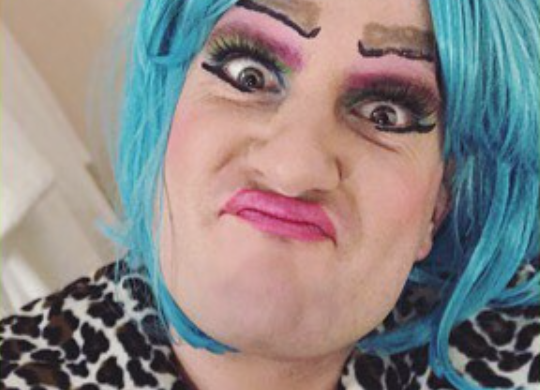 How did you get into panto and what drew you to the role of the ugly stepsister?
I was really lucky with this one as I have just finished performing in the musical Sweet Charity and my agent called me to tell me I’ve been approached to do it. I had worked with our incredible musical director Greg Palmer previously on another production and he had put in a good word or me to get the role. It’s amazing for me as I grew up near Leeds so I get to be home for Christmas. Cinderella is a true classic and to play an Ugly sister, especially with my equally ugly Scott Haining, is a dream role It’s a blessing to be so involved with the audience and be at the heart of the Christmas joy and also sometimes it’s nice to be naughty isn’t it?
What makes the Rock ‘n’ Roll Panto different from others out there?
Rock ‘n’ Roll Panto, I think, is a joy for everyone of all ages. There’s something for everyone. The ridiculous jokes for the kids and the delightful innuendos for the adults. The live music is a joy to play with new arrangements of old songs played by my talented cast of 10 actor/musicians along with the innovative direction from Matt Aston and amazing choreography from Sam Spencer-Lane which has everyone singing and dancing along.

The pantomime truly put me in a festive mood and now I cannot wait for Christmas to come around! Bravo guys, what a great way to kick off into December. I have to be honest, I was pretty drunk which certainly made the show a treat. I tell you what, I needed it to get through the kids screaming. Not along with the story, oh no, they were just doing their own thing. I bloody hate ‘free-range parenting’ where they just let their kids act a tit – tell them off… maybe I’m just being a bit of a Scrooge. Anyway, the performers were troopers and they carried on like true pros.

Cinderella: The Rock ‘n’ Roll Panto is running from now until the 13th of January so go and grab some last minute tickets while they have them. I promise its worth a laugh if you want a good family night out. But hurry, they’re selling out fast!

Tickets range from £16 – £28 (concessions are available). Buy your tickets here