Some people say that it was the biggest event of the gay calendar since Mariah Carey’s Christmas spectacular. But in reality, it was a dreadful as her New Years Eve live performance. Don’t get me wrong, the RuPaul’s Drag Race Holi-Slay Spectacular gave us a lot of laughs, but I expected more from whatever the hell it was that I just watched. I thought I could be experiencing some sort of asbestos coma nightmare.

By now, I’m sure everybody has seen this monstrosity of a special. So I thought I would dive in and discuss why I thought it was shit. However, I’m sure there are plenty of Tumblr girls who would disagree, but they are wrong, they’re the sort of people who believe Kim Chi should have won her season… or that shouting ‘Miss Vanjie’ at a drag show that has nothing to do with Miss Vanjie is funny.

Anyway, this holiday episode has been hyped up for quite some time now and we were all getting pretty excited for it. We learnt that the queens ‘competing’ for Christmas were; Latrice Royale, Shangela, Mayhem Miller, Jasmine Masters, Trixie Mattel, Sonique, Kim Chi and Eureka O’Hara.

First of all, I noticed it was a pretty weird mix of queens for the Christmas special. We already know that Latrice and Jasmine are going to be on All Stars 4, why are they back? Same with Shangela being on All Stars 3 and Trixie won All Stars 3 #JusticeForShangela. 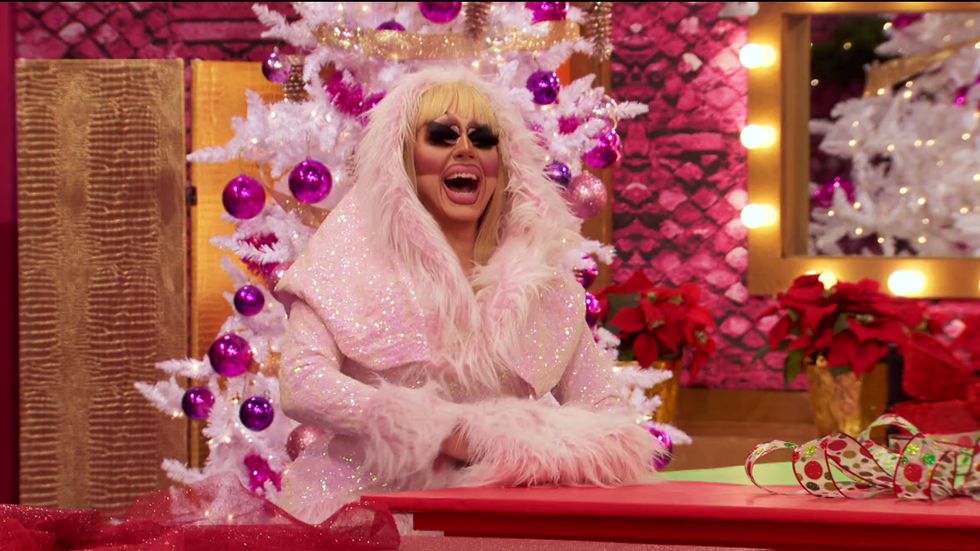 However, Sonique was a really nice treat and fuck me sideways – she looked so damn good! When she turned up in her festive Playboy-esque outfit, I was living my best life. , Mayhem looked pretty good – and don’t get me wrong, it was a really basic ‘Christmas drag’ outfit, but it fit her properly and she looked like a diva.

Kim Chi, as much as I’m not a fan, her Virgin Mary entrance outfit was fun and actually, but I don’t know what was going on in the confessionals, she looked depressed as hell. Like, I know she’s incredibly monotoned anyway but this was pure-flatlined.

But enough about the contestants, it’s a holiday special… just not a very good one. It seems that the whole episode was just pushing drag queens catchphrases and RuPaul pushing his utterly shite Christmas album. I don’t mind self-promotion, but when you’re trying to make a song called “Come on Mary, Let’s Get Merry!” a thing, you know you’ve got problems.

I’m not being funny, but every song was shit, and what was worse was that we had to hear every song on the bloody album! In the end, each queen paired up to lip sync to RuPaul’s Christmas album “songs”. That was not a fun part of the show.

Is this what we were going to be getting all through the Holi-Slay Spectacular?

However, I can imagine that hearing Ru’s terrible music probably made some of the other queens happy. Alaska’s album Anus did pretty darn well and Trixie Mattel stormed the country charts with her Two Birds album. But RuPaul is the ‘glamazon’ of the world right?

The show also managed to turn into some sort of musical bullshittery with Ross Matthews playing an elf all throughout the show with very terrible one-liners and queens spontaneously bursting into song, well, lip syncs. I was so confused all the way through the show, like, when are they going to get to the good bit?

The runway looks were a redeeming feature…ish

However, the runway looks gave us some great moments. Mayhem Miller dressed as Krampus was so fucking good that I can’t even get over it. Sonique was wearing a stunning gingerbread man suit that was incredibly flattering and fashion forward.  Eureka O’Hara came as a brilliant Russian rich prostitute in winter.

But they weren’t all great, oh far from it. Trixie Mattel came as Trixie Mattel but with angel wings attached to her back. Latrice came in a generic red sequinned dress, the body looked good but the look was dull. Kim Chi came dressed up as some presents in a clunky box outfit that looked like something out of a nativity. It didn’t hinder her clunky walk but it also didn’t help it in any way.

And Jasmine Masters, well, I don’t know what she came as, I think it was supposed to be candy, for me it looked like a giant used condom slapped around her face.

Remember earlier that I mentioned the queens being paired up to lip sync for the crown? Well, that was a whole heap of nothingness. It was just yet another way for Ru to plug his crap Christmas album. But hey, at least someone is going to be crowned the first Christmas queen, right..?

Season 5 Michelle was right – after that whole monstrosity, we didn’t even get a winner?! Because it’s Christmas, Ru decided to throw in a twist that was even shittier than pairing queens up on All Stars 1 – it’s Christmas so nobody loses. I knew it was suspicious when Michelle only had nice things to say about the contestants’ outfits.

The only funny part of the lip-syncing segment was when Ru and Michelle decided that it would be sporting of them to also take part in a lip sync. They chose to lip-sync to their song, ‘Christmas Party’. The song was poo but the lip sync was hilarious.

They started off normal enough, but when they both turned around and started twerking, it was very apparent that the two were using stunt doubles. Not in a bad way like “shame on them, the deceit!” but like actually hilariously obvious… well, for most. 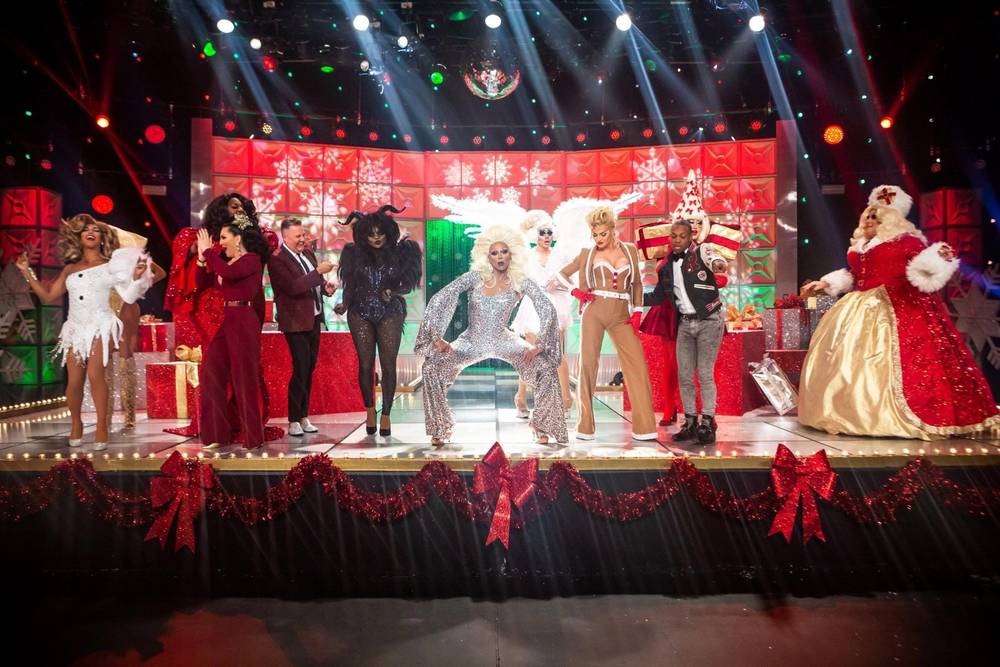 It reminded me of the nightclub dance battle from White Chicks. The moves were quite good, especially when we saw fake Ru and fake Michelle throwing each other around the stage in unison.

Overall, if you haven’t seen it, I wouldn’t bother. It really was dire which was a shame because it was supposed to get us all hyped up for All Stars 4 which starts 1 week after the Holi-slay Spectacular aired. Instead, it made a lot of people question what the hell was going on with the producers.

They hyped the Christmas show for ages then they didn’t crown a winner. They plugged nothing other than Ru’s crap Christmas album. And virtually every conversation was either faked, a festive reworking of memorable quotes or done as a musical conversation which was tragic.

Let’s just hope that All Stars 4 delivers a lot more than this Christmas episode claimed to do. I think it will be needed and with the cast they have, there should be no excuses. Much like Christmas, there aren’t many more sleeps to go!

Come at me All Stars! And save me from this festive nightmare.