Henny, All Stars 4 certainly isn’t messing around. This week the queens had to record songs as a girl group, create a dance routine, sell the story and collaborate with a very special guest. That’s right, the original ‘Miss Henny’ herself, Stacey Lane Matthews is back to slay and I’m living for this moment. I just wish she was an actual competitor. 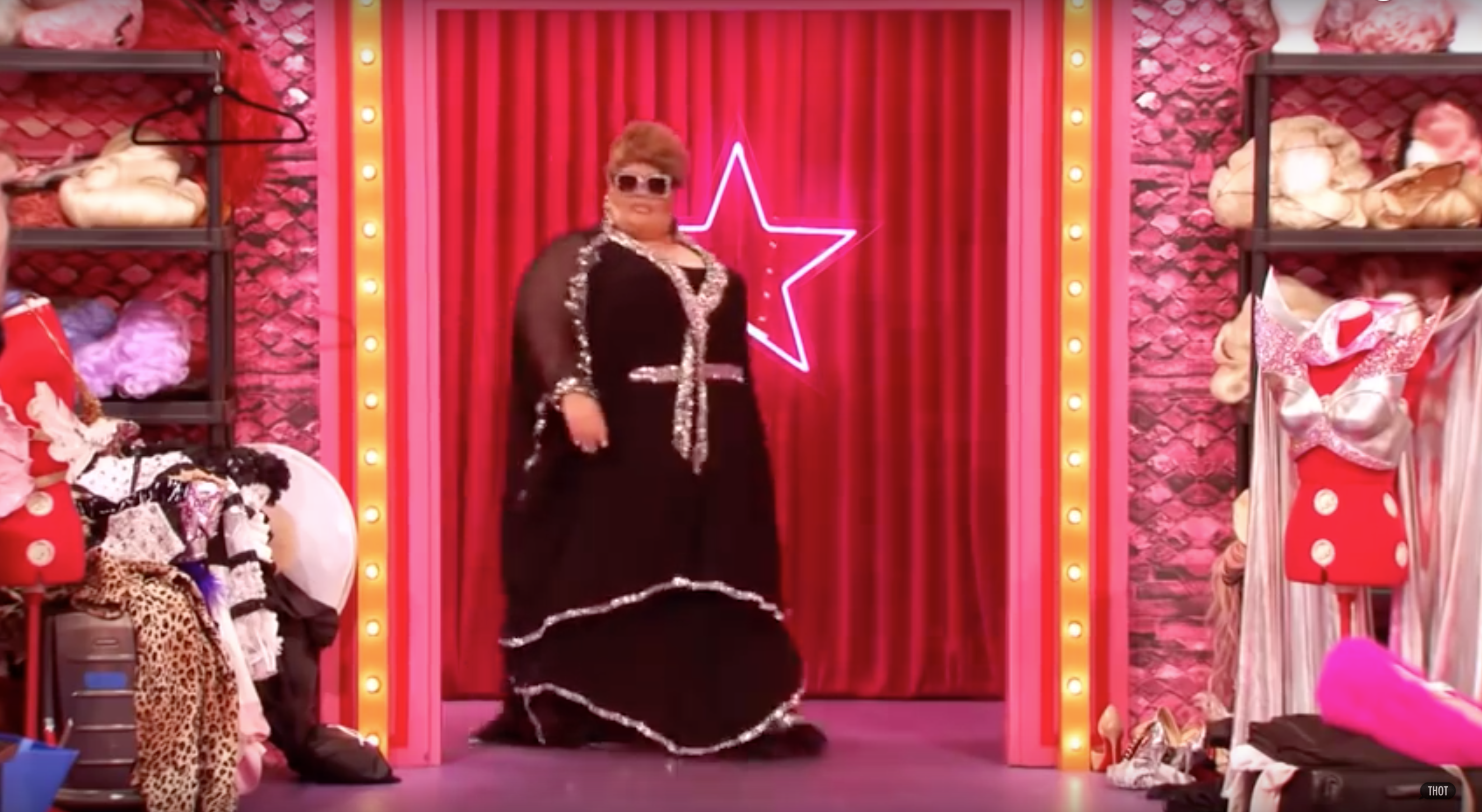 The episode started with Trinity The Tuck having a little cry that she had to send somebody home… You know, that thing that’s been a staple of the show since All Stars 2. You would have thought they’d have learnt this by now.

Then we were pretty much straight into the big reveal that was spoilt online with all the forums, chats and even the Drag Race Twitter and Facebook pages who decided to share that Stacey Layne Matthews would be back for this episode as a guest collaborator. 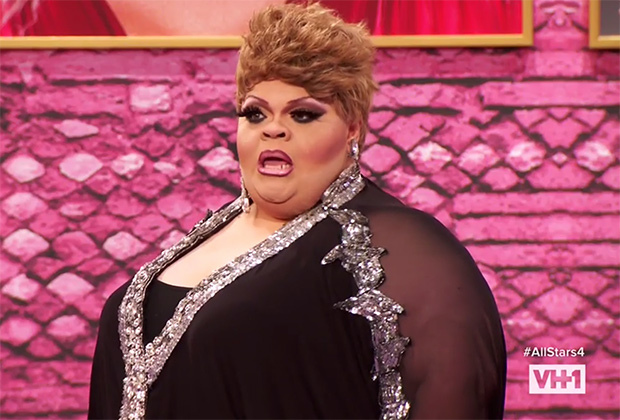 The teams split into two where they both got a song to write lyrics to. But before we go on, can we all just appreciate how good Gia Gunn’s workroom outfit looks in the picture below? Also, this is probably the last nice thing said about Gia in this post. We also saw Valentina arrive in some sort of bondage outfit where she revealed her arse and Manila wore a really nice double-breasted tartan blazer. It was quite a fashionable workroom this episode. Well, for some; Latrice – boot, Gia – toot, Monét – boot, Valentina – toot, Farrah – boot, Naomi – toot, Monique – boot, Manila – toot and Trinity – boot. I can’t say that Trinity looks awful, but she does look like a 2007 Topman mannequin. 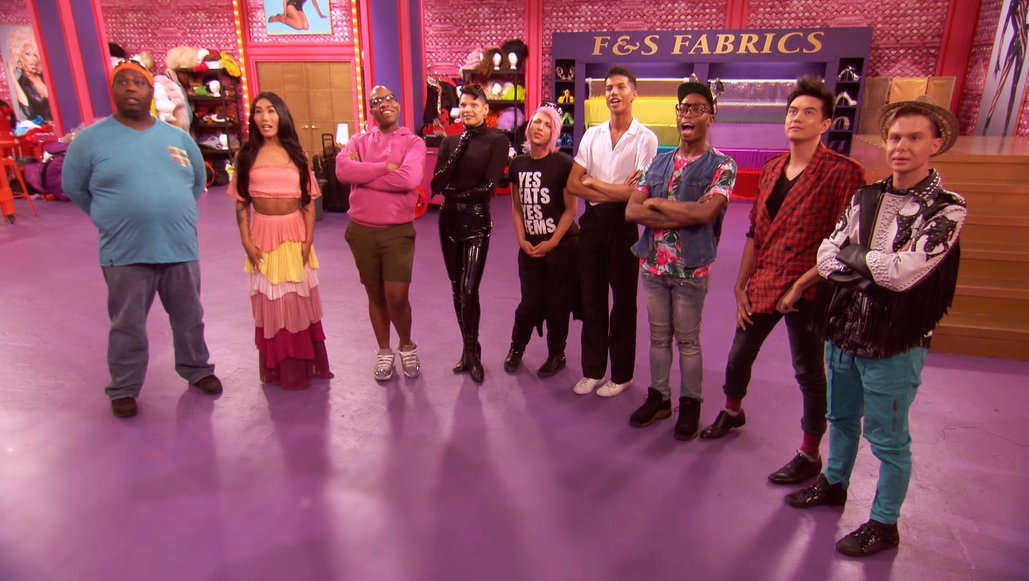 Anyway, on to the challenge

For being the top 2 last week, Trinity and Monique were team captains (I still don’t know why Monique was in the top last week). The last queens to be picked were Farrah and Gia (surprise) but Gia seemed legitimately vexed when Farrah was picked before her. I think her attitude is starting to rub people up the wrong way. 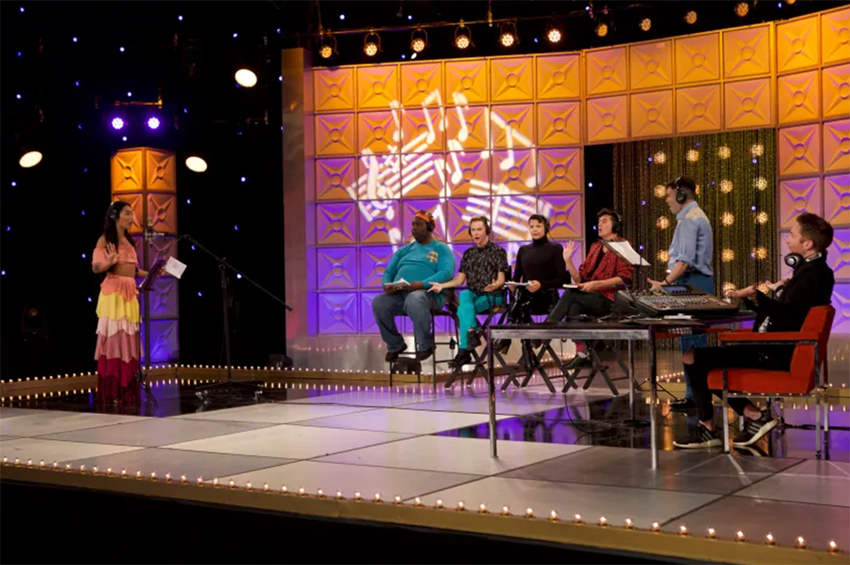 The runway presentation itself was fine. Nothing phenomenal, nothing really terrible. It was just a pretty dull challenge – we didn’t even really see enough of Stacey Layne Matthews so it felt very bizarre for her to be there which was a shame.

As you can imagine, some queens did well in the rehearsals, others didn’t. Farrah chose to bring her latin flavour to the challenge but I honestly, think we could have got another “Rakakateeteekaka” moment where nothing made any sense but she turned it out. 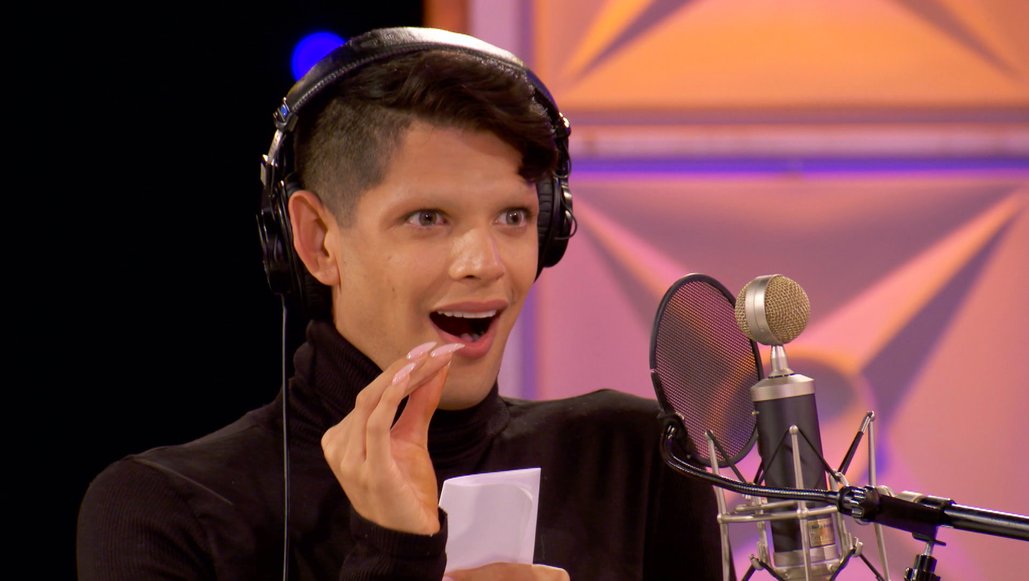 Then the drama kicked in

When the queens were workroom we learnt about Gia and Farrah having a recent rift. We don’t quite know exactly what happened although it sounds like Farrah and her friend turned up pissed to one of Gia’s shows and Gia kicked off with her. Fair enough, I guess – but who knows without the full context.

Of course, Gia being Gia, she then decided to throw shade and ask Farrah’s team if she was the weakest link. They said yes and so Gia went over to Farrah to tell her that – shade. Then when Farrah called it out, Gia backtracked and pretended she was there to fix their friendship. I’m no psychologist, but I think that Gia’s friendship rebuilding techniques were shite.

Now, I thought the challenge was pretty underwhelming (in my eyes) but that doesn’t mean it was a bad episode. In fact, I thought it was a pretty good episode with the amount of drama. As I said, the main challenge wasn’t great and I couldn’t really pick out any particular favourites.

I think Valentina stood out, she did a really good job with her performance. Trinity The Tuck  put on a nice little show, Latrice was sassy. Manila was okay and Gia was a bit limp.

Monét stood out, she was serving sass, Naomi was alright, I personally thought Monique wasn’t bad but the judges felt differently and Farrah was noticeably the weakest contestant.

Then it was on to the runway. It was a ballgown spectacular and honestly, none of the queens had a particularly vile outfit, but there were some better than others. So let’s get into it.

It’s a very generic pageant gown. I don’t think it was flattering or unique in any way – the colours also didn’t work for me. 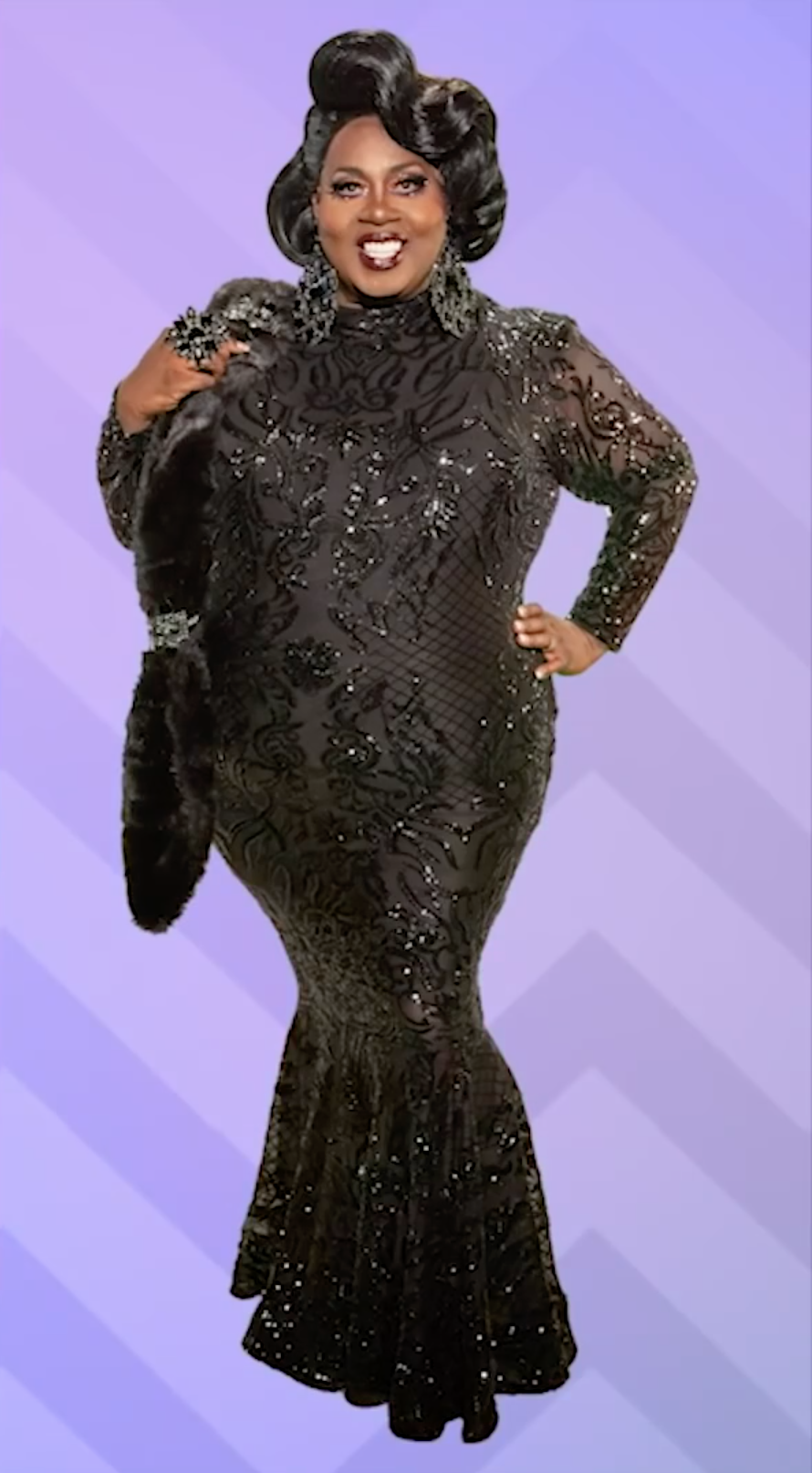 Love it, it’s simple, elegant, it looks expensive and the whole look contrasts beautifully with her new pearly whites. 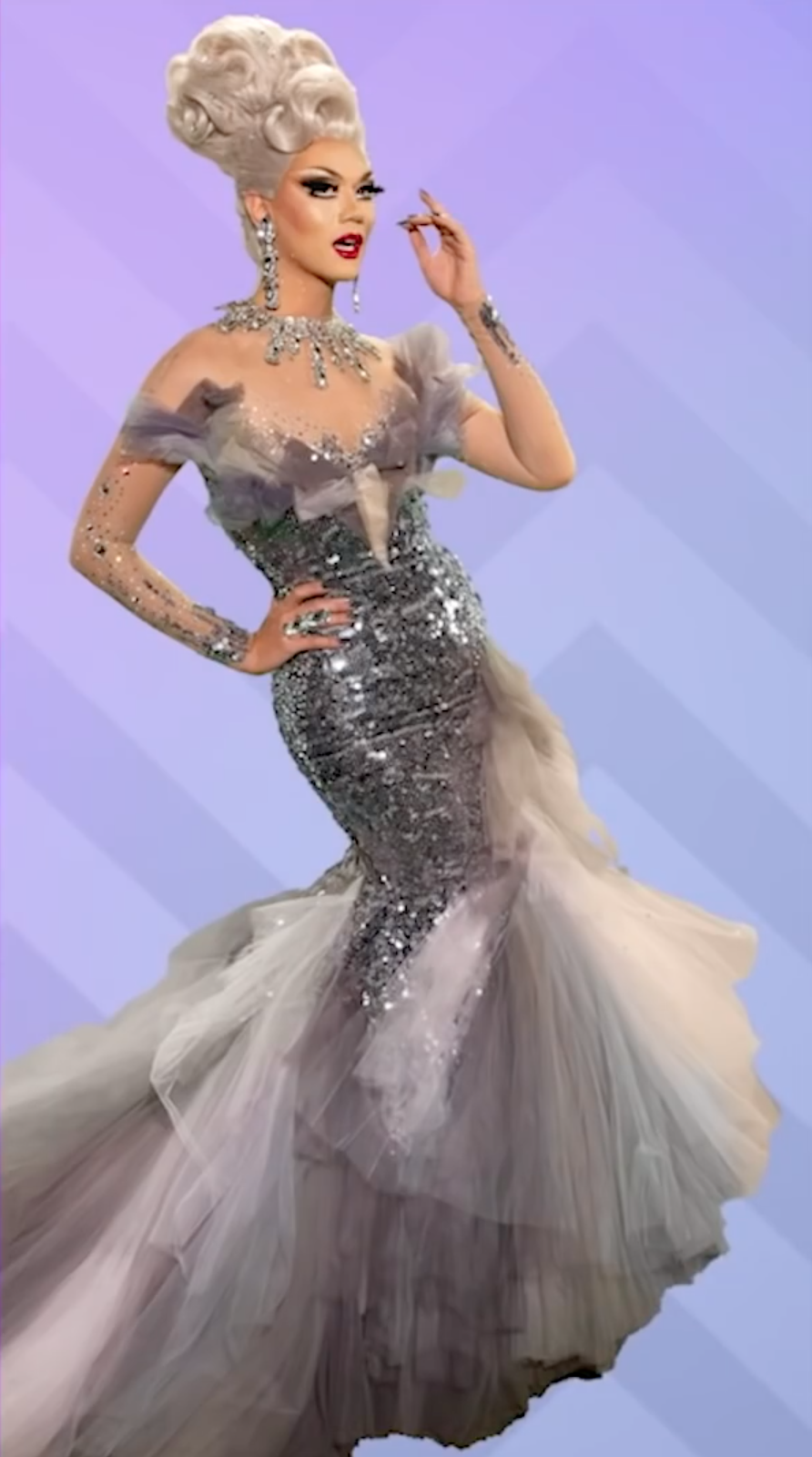 This whole look is stunning! There’s no doubt about it, it looks expensive as hell, it’s 50 Shades of Gay and her updo is a beaut. I do wish she’d have put one dark streak in the hair though. 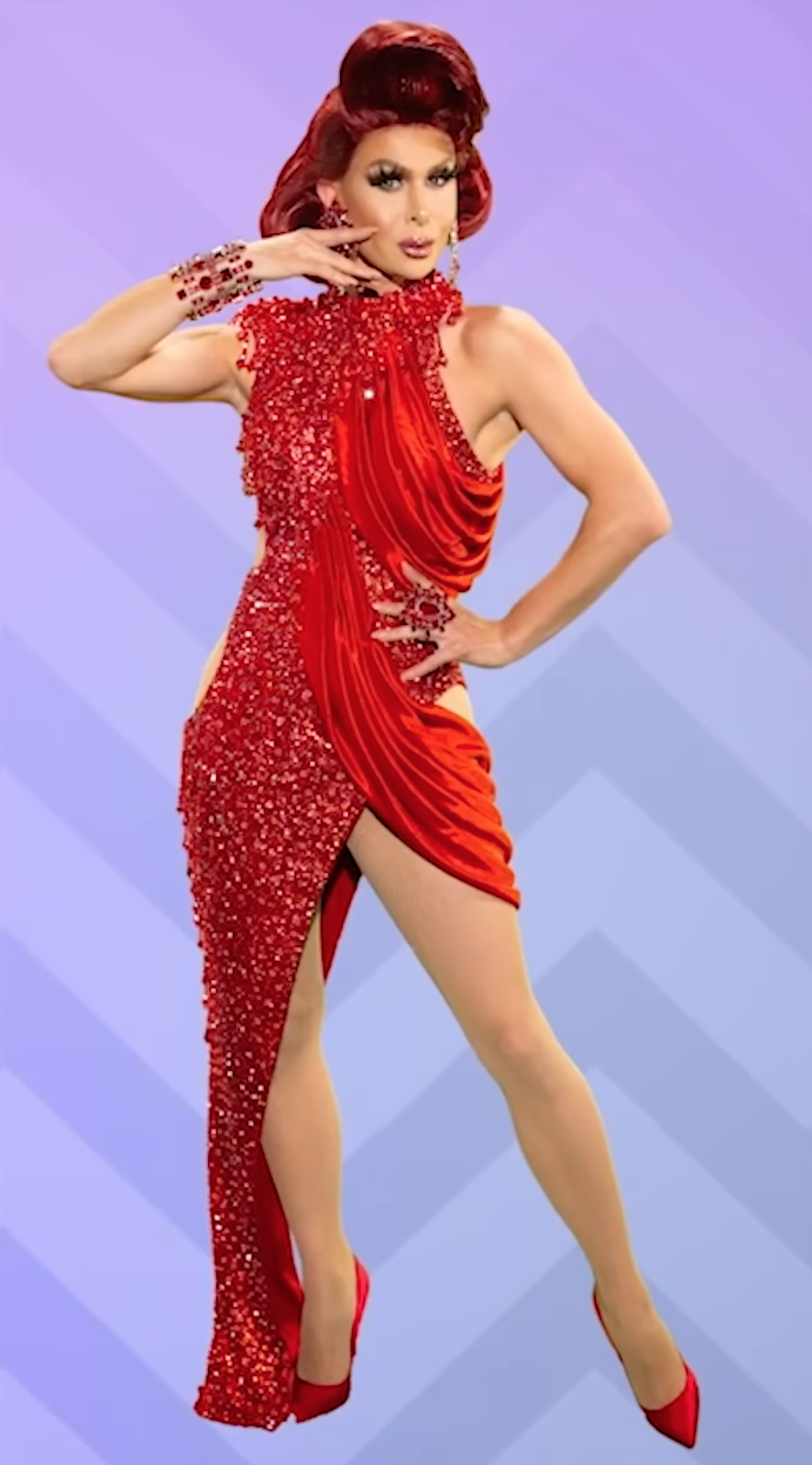 The only queen to go short with her dress. Yes, there’s a long bit, but man she looks good. The draping fabric is so well executed, the wig looks great and the colour is beautiful.

Yes, I booted, but please hear me out. I don’t think her look is bad, I just know she’s done better. The hair with the flower detail was stunning and her makeup was on point. But the dress itself was kinda boring. The top looked good but the bottom was just a huge pile of fabric and because of the print, you couldn’t tell what the weird back detail was that made it looked like she had a shelf on her butt.

I mean, it’s not giraffe print so that’s a bonus because I’m already bored shitless of hearing ‘brown cow stunning’… it’s not giving me an ooh ah sensation. However, this dress was brilliant, she said it was elegant, I disagree, but it was a whole heap of fun and the reveal was next level. Bravo Monique, also the makeup looked good this episode. The hair, not so much. 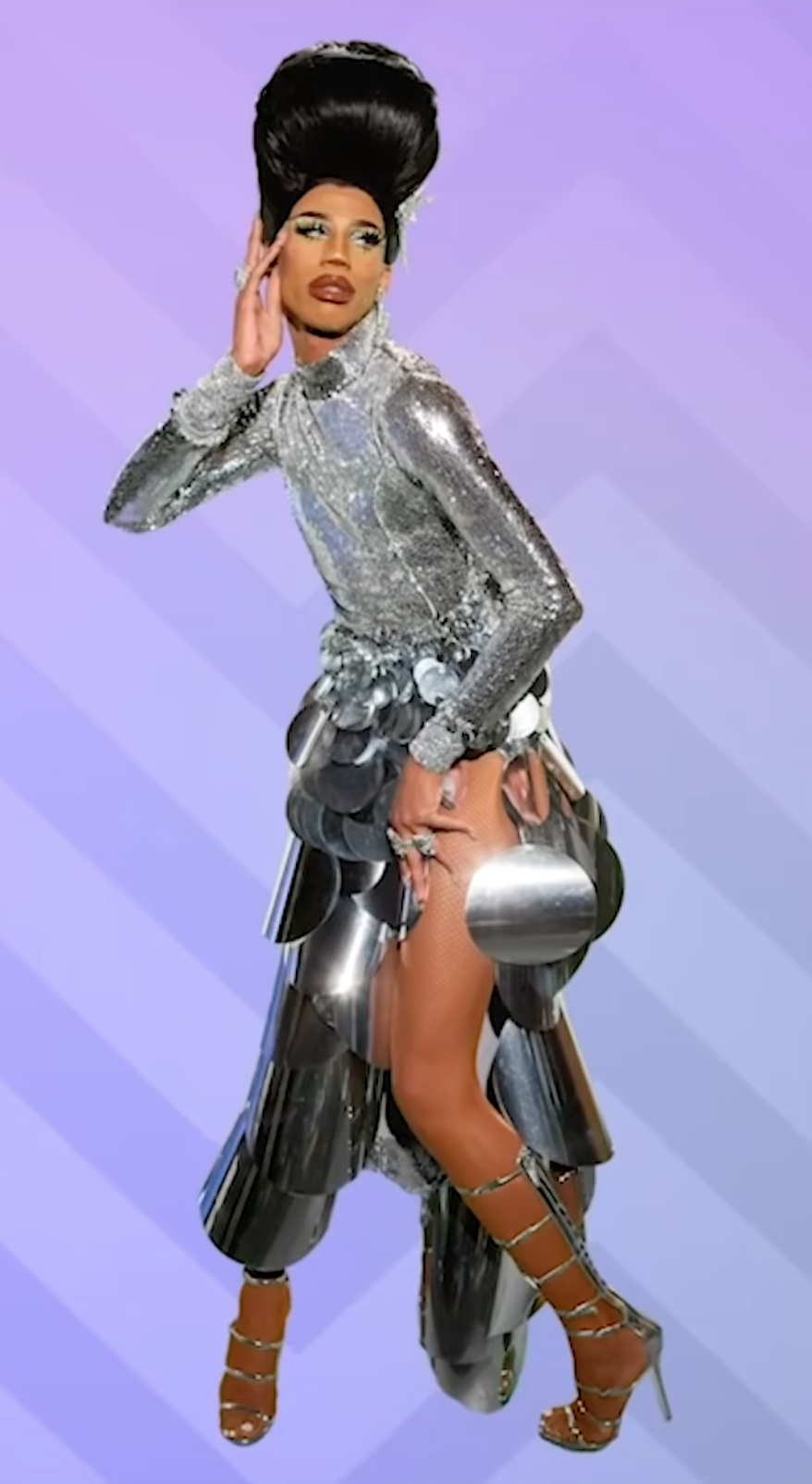 Stunning. This was true Naomi Campbell realness. The look was so good, she looked expensive, high fashion and beautiful. 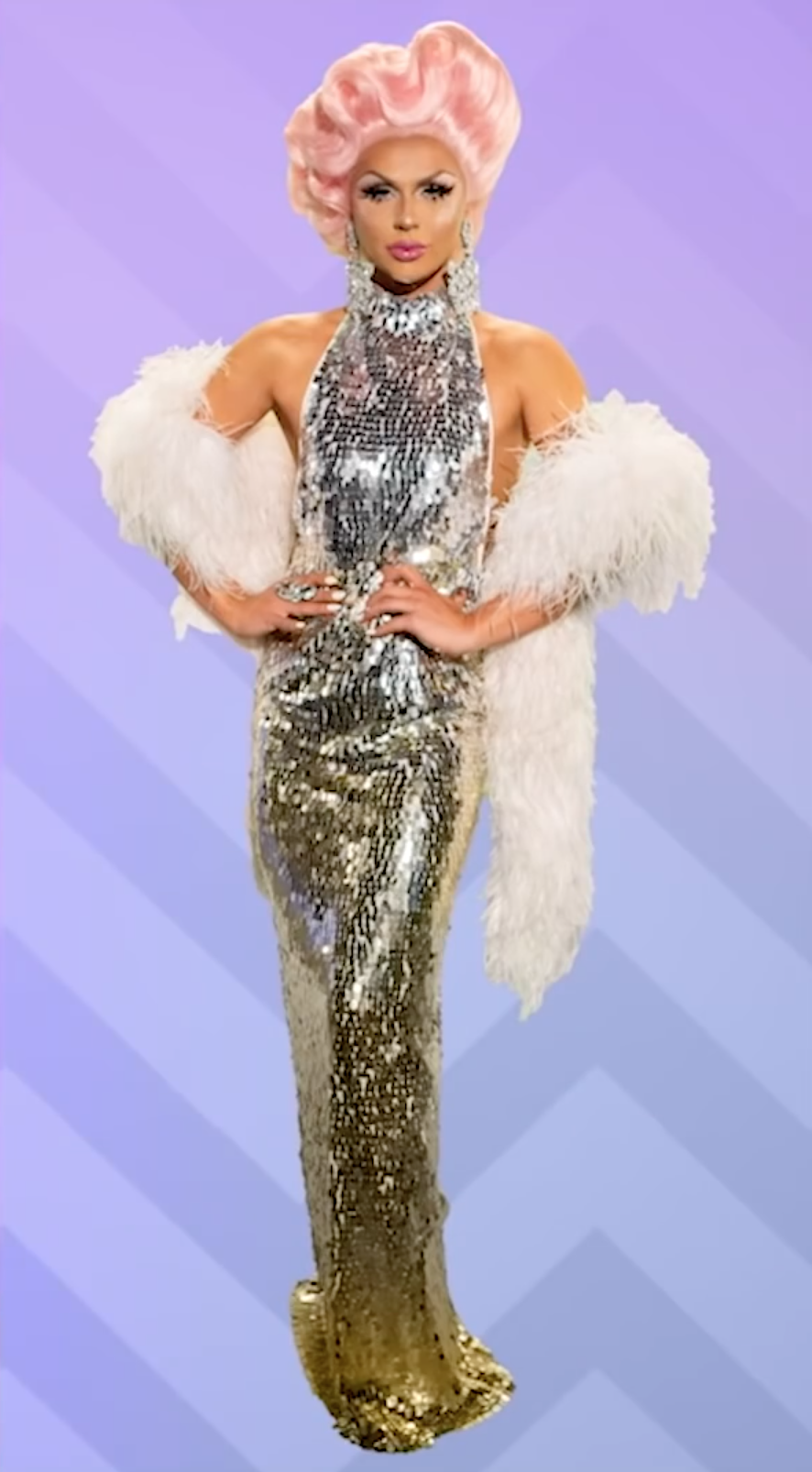 Was the outfit beautiful? Yes. Does she look good? Yes. Could I have predicted she’d have walked onto the main stage wearing something like this? Absolutely. That’s the problem with Farrah. I know she’s going to wear a pink wig and a vintage style gown, it’s not exciting for me but she does look polished. However, if she’d have come out in something black and gothic, I would have been shook.

She looks elegant, regal and beautiful. I really wish Monét would have worn something like this on her season, however, the glow-up is so good. Also, the red velvet was stunning. I think she was the only queen (apart from Valentina) who didn’t wear some form of sequin.

Honestly, I don’t know how Ru has been picking the tops and bottoms this season? Maybe he’s just shitfaced? 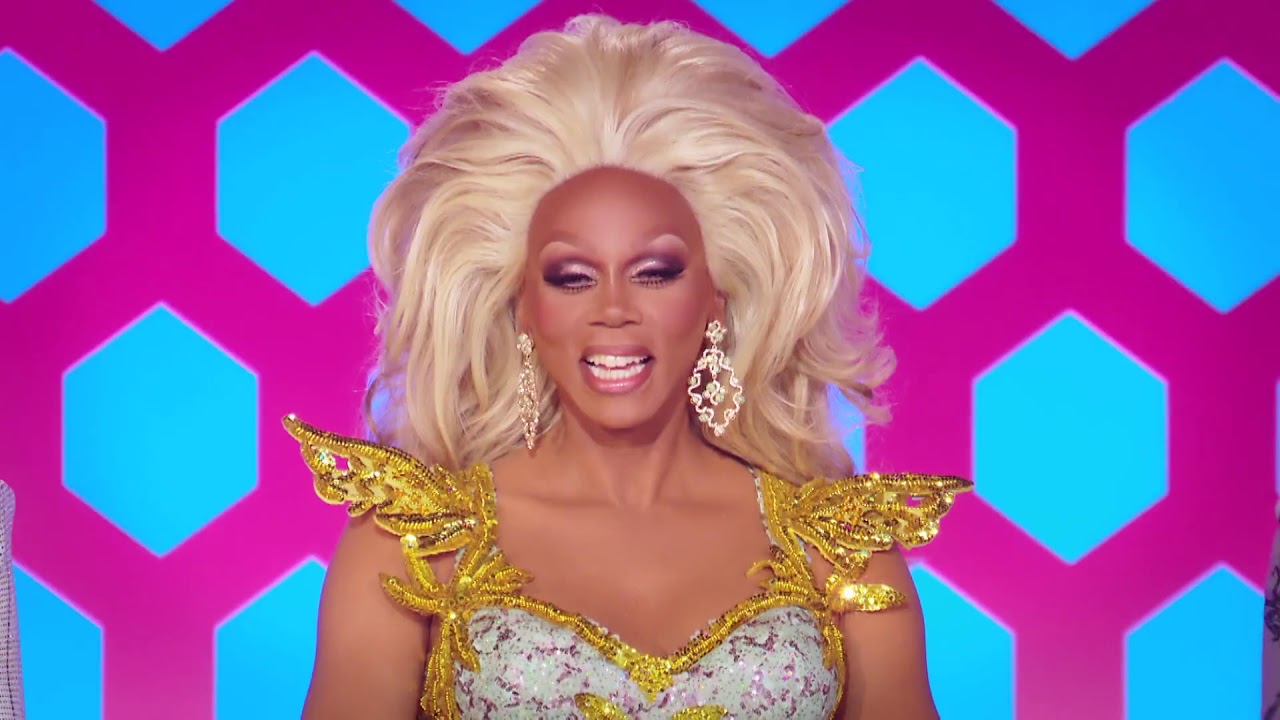 The lip sync went ahead and Valentina SLAYED. They performed to Ariana Grande’s Into You which almost felt like a ru-demption for Valentina – and it certainly was. She really did know how to move. But I wonder if she knows how to make her performances varied, it was somewhat similar to her variety show performance last week – even down to the outfit.

Shockingly, but also not at all shockingly, Valentina sent home her friend Farrah. Juicy right? But it needed to happen, I was still shocked Monique was even in the bottom 2?! 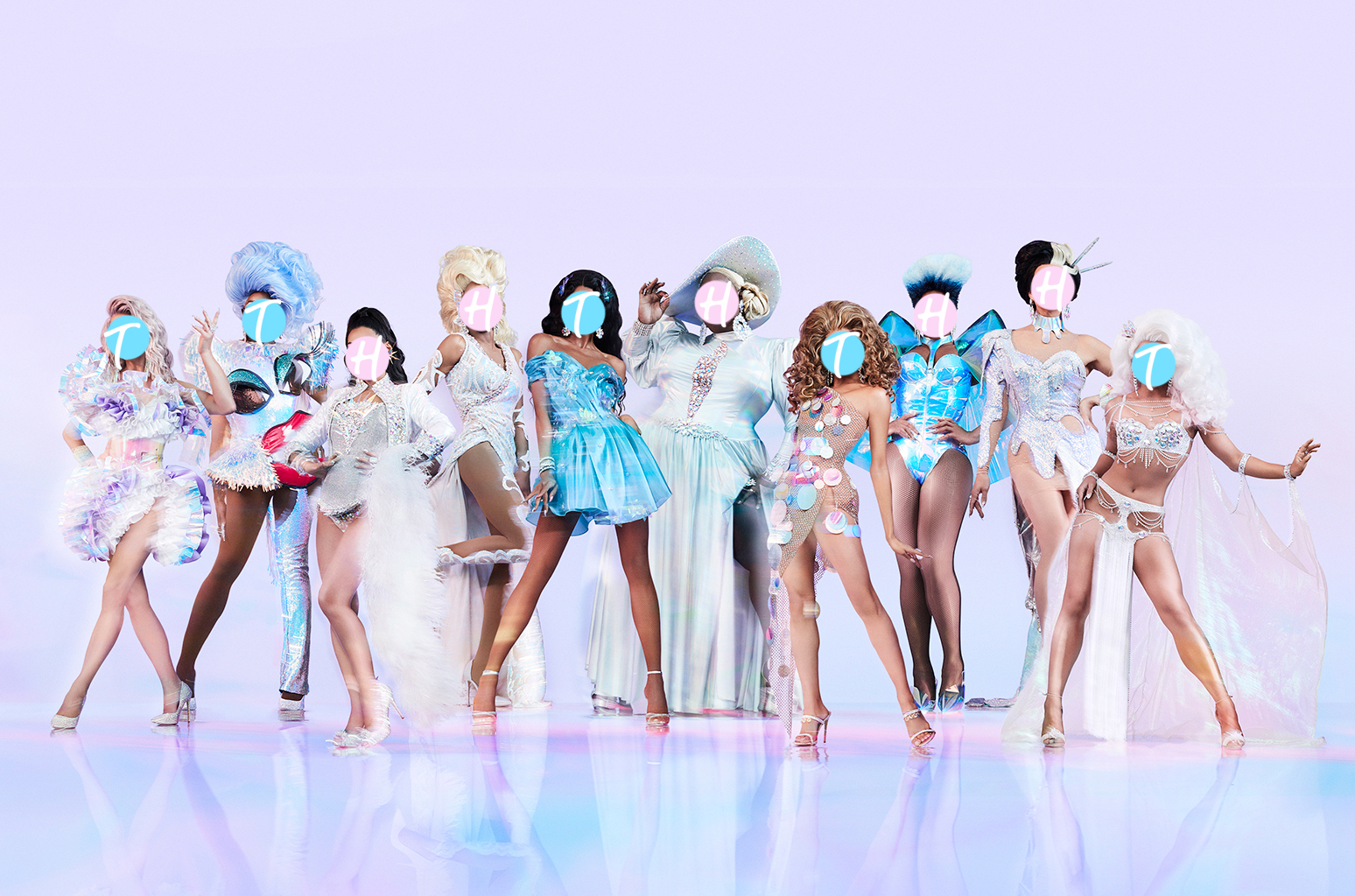 This week, I got 6 points and Tom got 4 points taking our total scores Harry – 7 points and Tom – 14 points. We’re 2 queens down and I’m slowly crawling back the points. Let’s just hope I can start winning again and take the lead because I hate losing.

I can’t wait to see what’s going to happen next week! I hear it’s a Snatch Game extravaganza.

And if you’re in need of some aid – below is a good quality YouTube link to the episode for all who haven’t seen it yet.